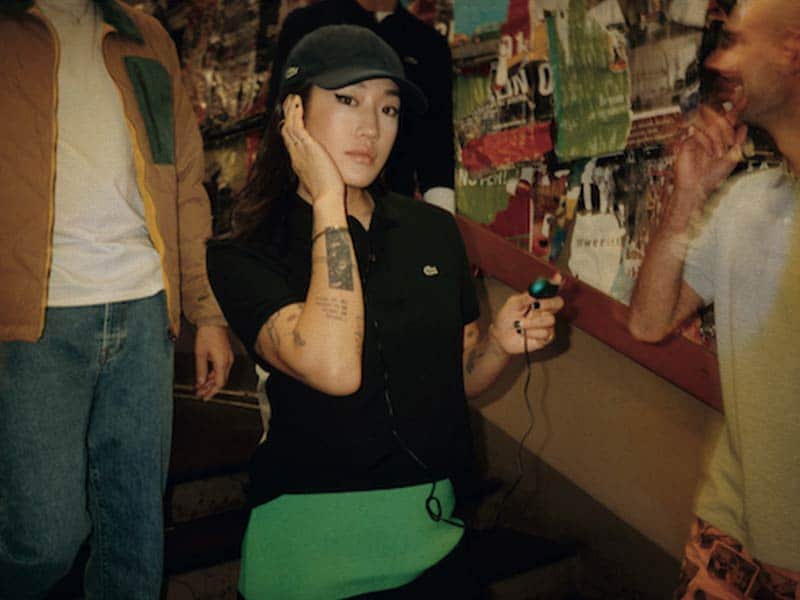 The crocodile, the iconic symbol of the Lacoste brand, has the power to liberate movement and connect different cultures. Since 1933, it has transcended time, style and gender. It has no boundaries. Permanently in this movement, the crocodile reinvents itself through those who wear it, embracing nuances, regardless of the era. Its playing field has no limits, it is open to all and welcomes all types of personalities and typologies of beauty. The result is an infinite palette of encounters united in harmony by their contrasts. It is a celebration of the beauty of the game of life, when our differences unite us.

This is the story Lacoste wants to tell. To go further, together. Our differences, once united, make us richer, stronger. The elegance of the collective is greater than the sum of its parts. 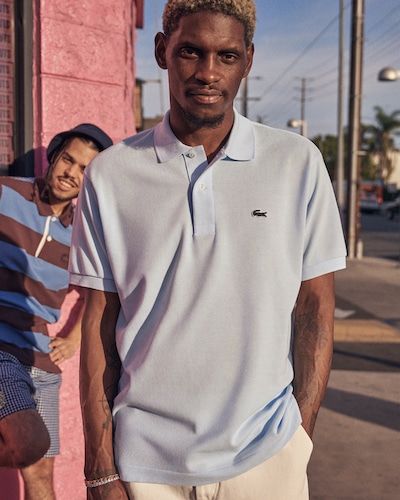 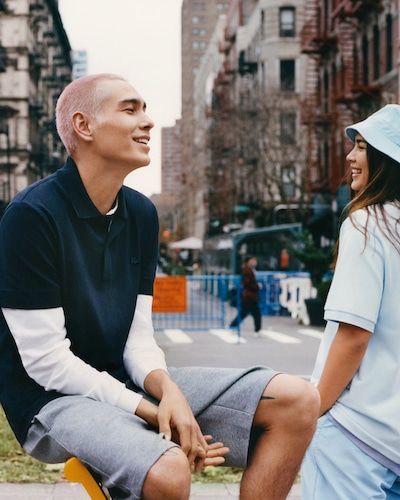 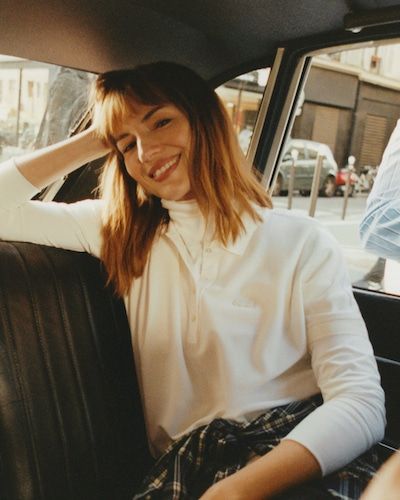 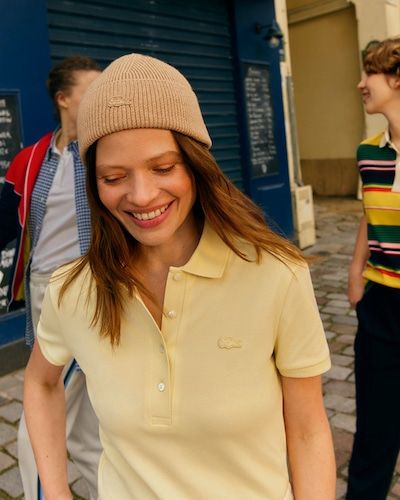 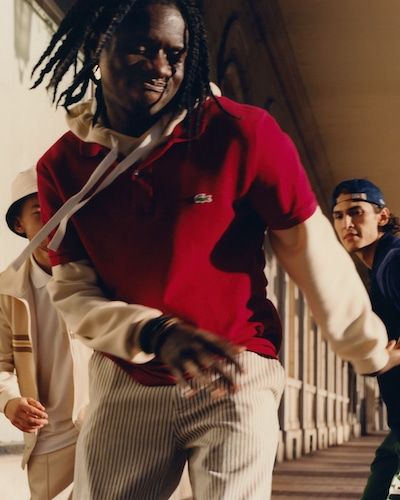 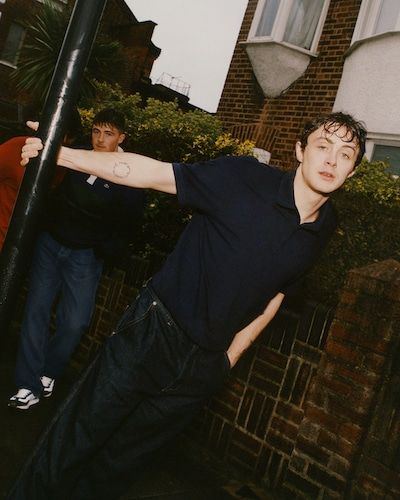 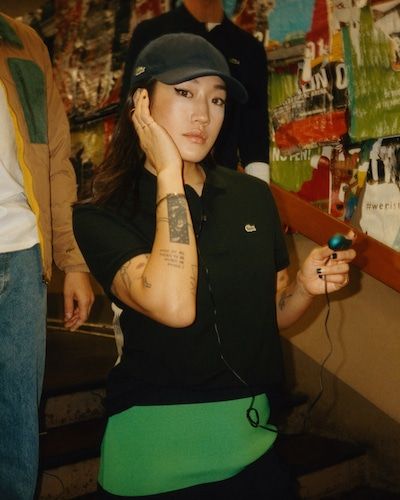 It’s time to embrace and celebrate the differences that unite us. A cast of seven talented, creative and passionate people. They wear the polo shirt with their particular sense of elegance. Their cities have become the backdrop for the campaign, accompanied by the people around them who inspire them every day. Five cities (Paris, New York, Berlin, Los Angeles and London) and seven photographers to represent different points of view.

White or colored, fitted or oversized, new or vintage, purchased or inherited, the Lacoste polo shirt becomes the common denominator for those who share the values of the crocodile. This emblematic object becomes a platform for self-expression that allows you to tell your story.

This spring, Lacoste unveils a campaign that illustrates the diversity that has always accompanied the brand. It’s not just one ambassador, but seven creatives from around the world who shape the brand’s image: A$AP Nast, Peggy Gou, Evan Mock, Louise Bourgoin, Sonny Hall, Mélanie Thierry and Salif Gueye.

Photographed in their hometowns, with their closest circle of friends or family, surrounded by a creative team of their choice, each representing the crocodile in their own way. A way to celebrate the enduring elegance of the Lacoste polo shirt, but also to accentuate the unifying and collective power of the brand.

In Los Angeles, rapper and Lacoste fan A$AP Nast invites his friends DJAVAN and Cory to get in front of the lens of photographer Melodie McDaniel. Tattooed on his chest or embroidered on his polo shirt, the artist “always carries the spirit of the crocodile”. 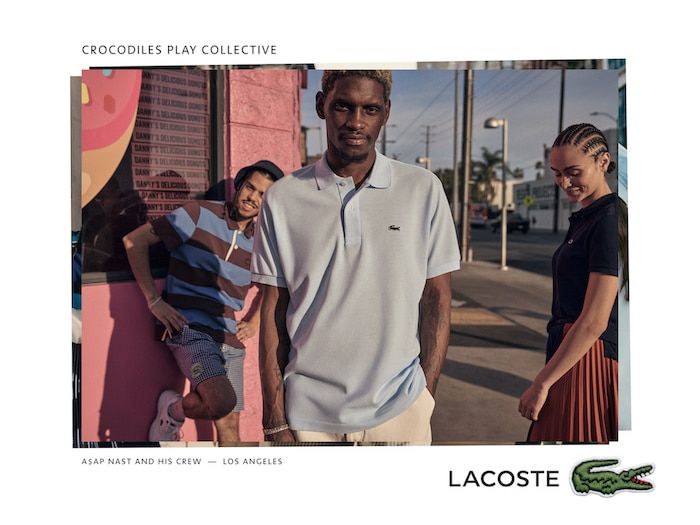 In Berlin, DJ and entrepreneur Peggy Gou is immortalized by Vitali Gelwich, along with her “closest friends, the family we chose”. 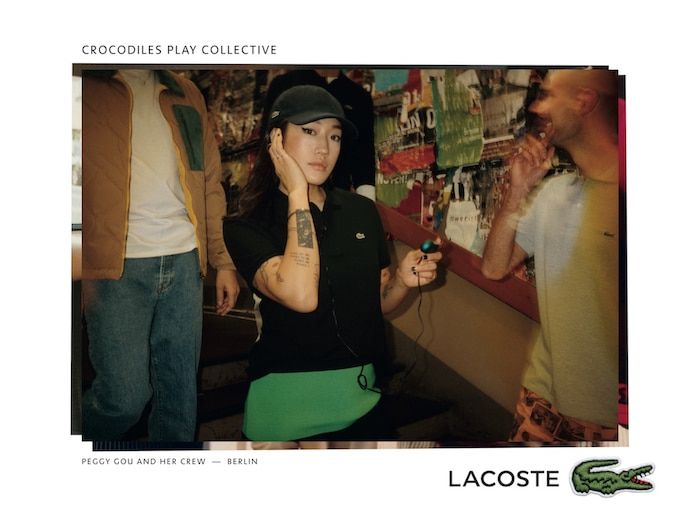 In New York, the revelation: Evan Mock. Skater, actor and model, he gathers his brother, sister and a skater friend for an intimate session with photographer Stef Mitchell. Four people “ambitious and always ready to pursue their dreams”. 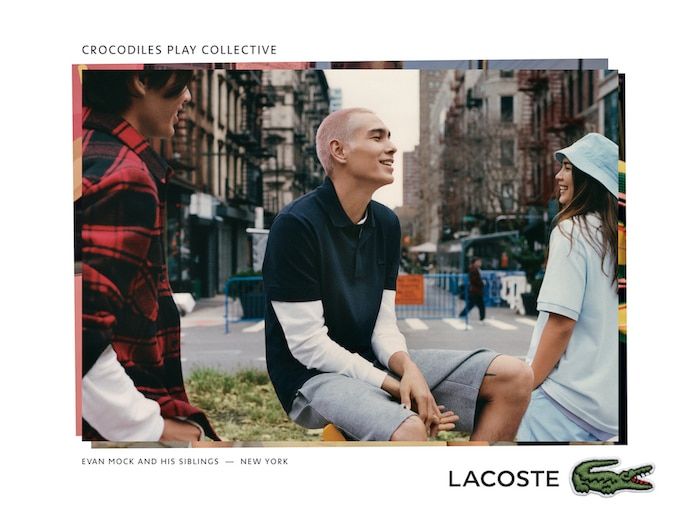 In the British capital, Elliot James Kennedy immortalizes the young poet Sonny Hall and his entourage in the London atmosphere. For him, to be part of a collective is to feel “connected”. 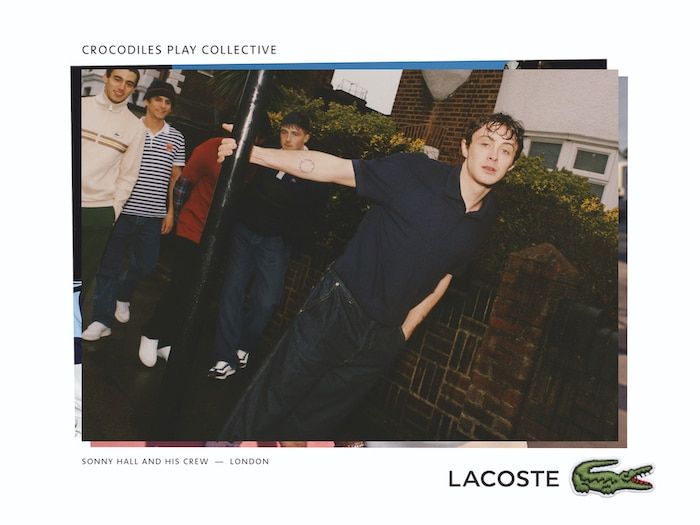 In Paris, the historic home of Lacoste, French actresses Louise Bourgoin and Mélanie Thierry are photographed with their loved ones by Quentin de Briey and Joshua Woods, respectively. Salif Gueye, true to himself, dances in the streets of the French capital with three of his fellow dancers, under the lens of Ilyes Griyeb. For him, his collective is his “family”. 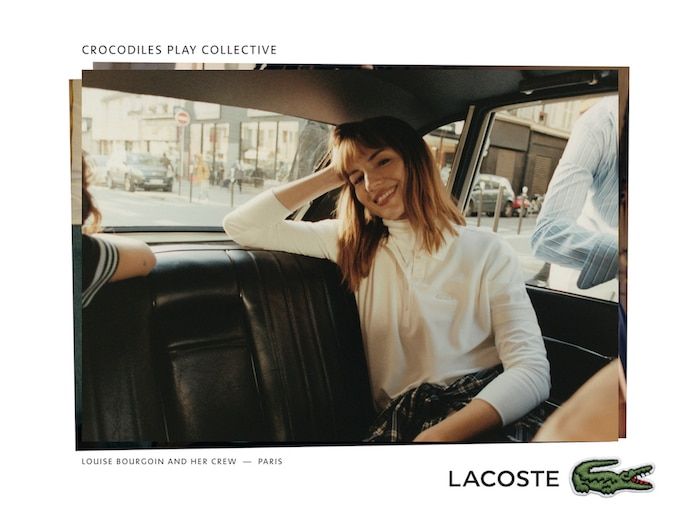 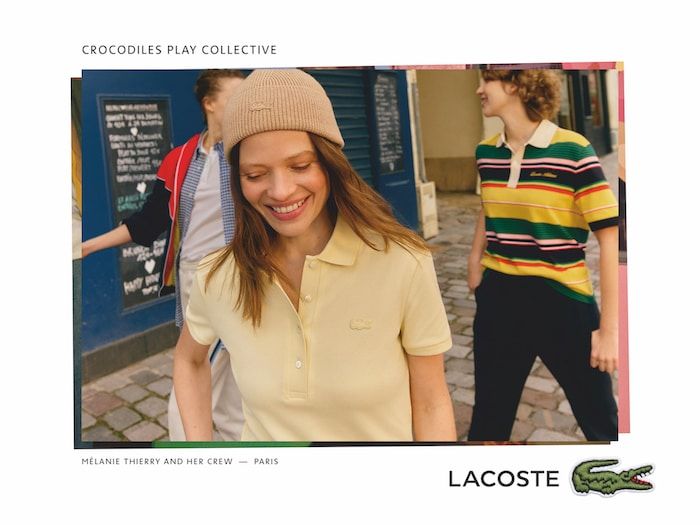 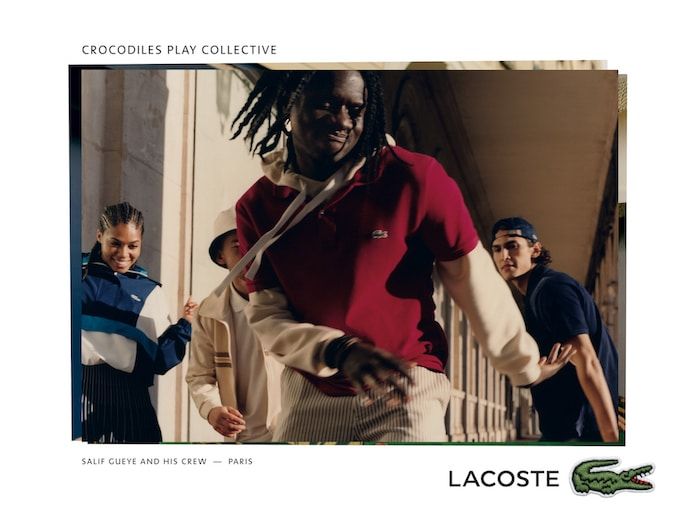 Seven faces, five cities and seven photographers to tell a unique story: yours.

Visit our website for the latest news on fashion, music, technology and current events.

House of Sunny SS22 takes us back to our teenage years
Skepta becomes the voice and face of new Diesel fragrance
Madrid’s nightlife is in luck: CHA CHÁ is back
The second part of Palace x Evisu arrives this Friday
Mercedes-Benz Fashion Week Madrid: Streetstyles VOL.1
ABRA SS22: The backstage pictures
ABRA SS22: This was its debut at MBFWM
SISYPHE: Crucero Finale
InnerCut previews part of their album with Natalia Lacunza and Ghouljaboy
Vans and Rassvet team up for first ever collaboration
Alizzz and C. Tangana finally collaborate on the protest song “Ya No Vales”
All the details about the NOCTA x Nike Golf Collection