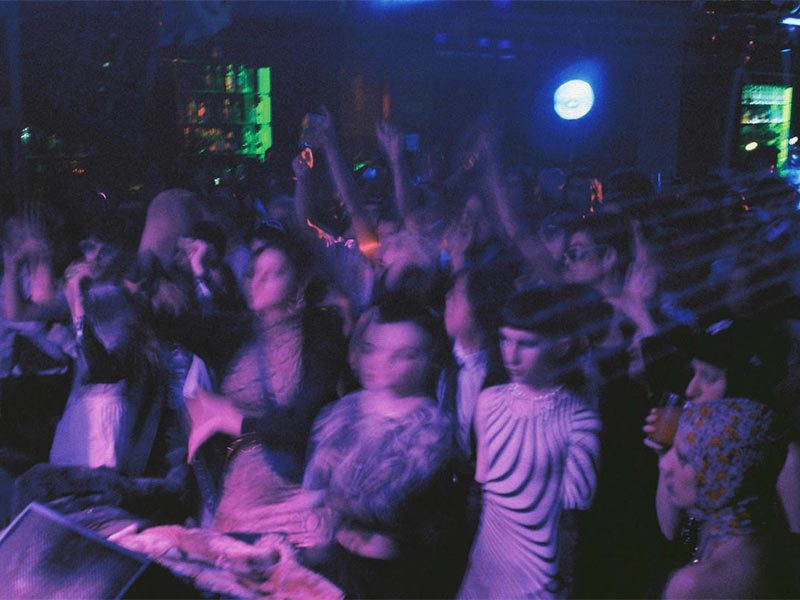 There are many reasons to go to a gallery, from liking the art on display to simply wanting to drink a few beers. No matter which option you choose, it is a natural law that if you go to an exhibition that day you will end up going out. So why not do it all at the same time? 2x20ac is the new Madrid proposal that mixes art and partying in the same space. 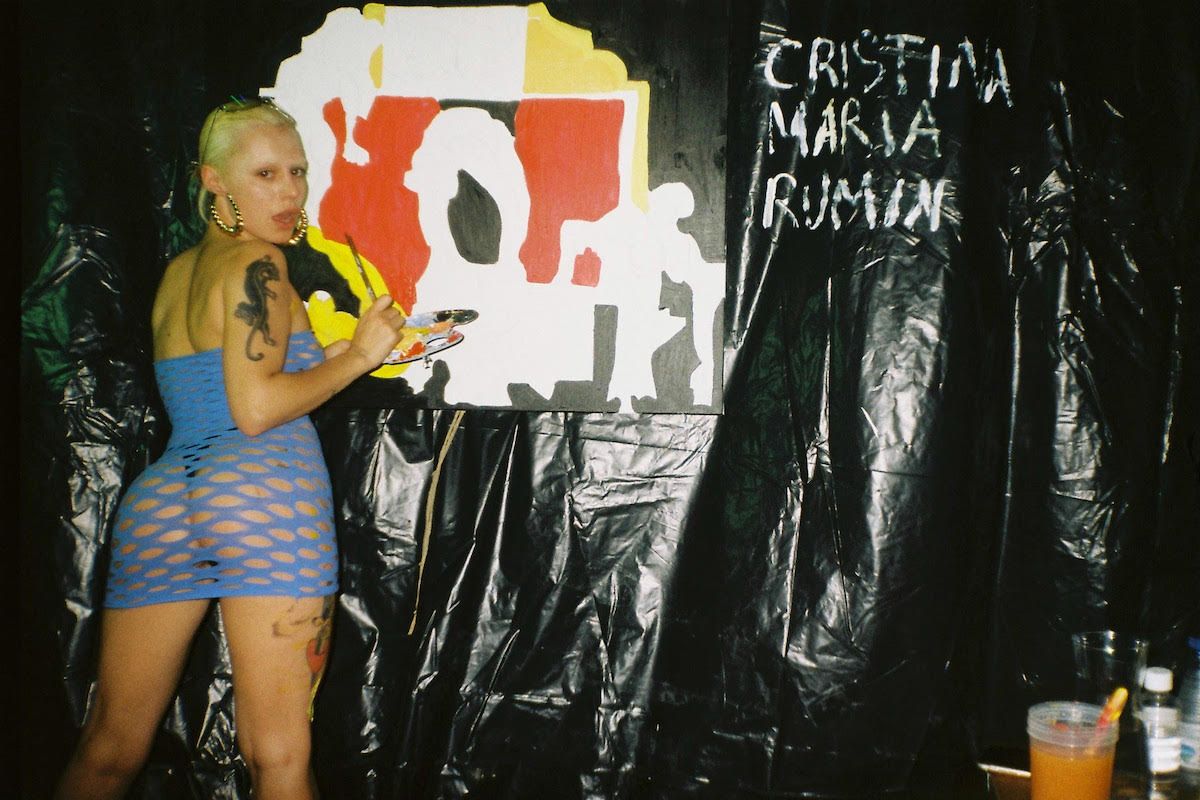 Under the slogan “from the gallery to the club and from the club to the gallery”, 2x20ac is presented as a point of union; a common space between two environments that at first glance may seem to have little to do with each other but whose symbiosis benefits both spaces.

What’s more, they don’t beat around the bush. Two drinks for twenty euros. Louder but not clearer. Last Thursday we attended an inauguration in the sala Zenith, with a line up of national and young artists that left no respite; from exhibited works, digital art projection and live painting; to dj sets and musical performances. A night not to stop, just dance and enjoy.

“We saw that the events of the galleries and the club were very independent” explains Pau, also known by her artistic name Suapys, co-founder of 2×20 together with the space HabitaciónNúmero, the promotor  Day & N1ghtN01se and the platform Kamalatv. They define themselves as a new concept of art club in which to generate a meeting point between generations of artists.

Just by entering the hall, one came across the exhibition of artists such as Marta Ochoa or Casilda Pérez del Molino; to move on to a larger room where the dance floor was located and where one could enjoy dj sets such as that of the promising young Juguete; the one of DJ Softchaos or or the fun b2b of Albal with Sofum or D.Faux; two live concerts by Chelo and Robie; and the musical performance by Virgen María late into the night, among many other artists. 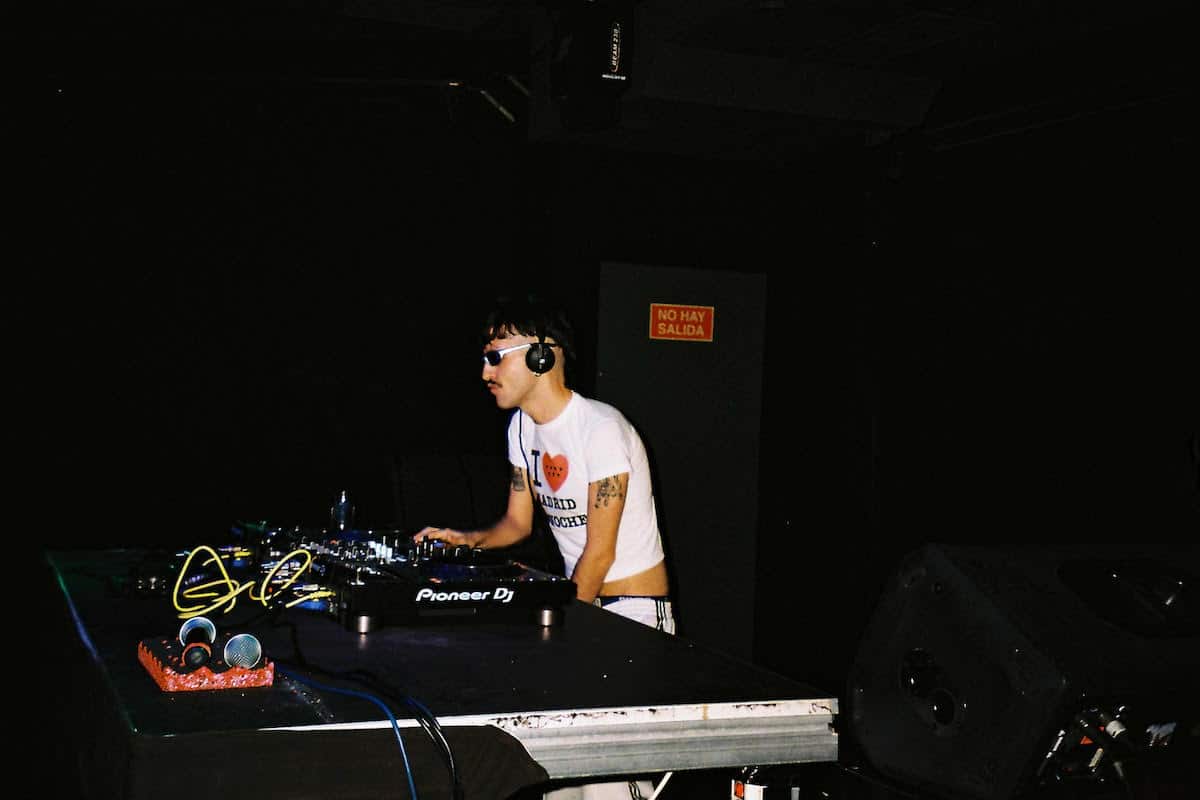 Perhaps what made this 2x20ac Thursday most special was the simultaneity of everything that was happening, there was no break at any time. When one of us finished playing, another finished a painting that she had painted live and immediately there was another person at the pole dance bar. How is it possible to organise all this in a room? “We have worked on the floor plan of a room that cannot be changed, so we have had to stick to its characteristics. We would like to do new editions in different spaces,” says Pau.

Even with a rigid space, the result was organic; everyone could do what they wanted without being disturbed. No crowds but no silences either. Both the exhibitions and the hall were never empty. It was what you would call “an organised bustle”.

The idea was born out of a need that they didn’t know about, the need to bring people together. We have emerged from the pandemic with the desire to leave, there is no doubt, but the proposals that emerge are scattered. “The party scene is hermetic, there is no fluidity in trying to combine established artists with other artists who are just starting out. It’s the same when we go out to party. It seems that we only go when our friend plays,” says Pau. They are open to any initiative, they don’t pretend to be a rigid gallery. They understand art as a form of expression that can be channelled in a thousand different ways. “Young people are now looking to do what they like. Just because you have a degree, you don’t have to dedicate yourself to it”.

If you missed this 2x20ac, there is no need to regret it. New dates will be announced soon. And if you’re really dying inside, you can’t sleep and you’ve stopped eating because you’re so sad, don’t panic; in the video above you can see a mix of the artists’ performance at HabitaciónNúmero and Thursday night. All in 360, so you don’t miss a thing.

Mad Cool confirms first artists for its 2023 edition
Swatch takes over Serrano Street with its new store
Primavera Sound unveils its line-up for the 2023 edition in Barcelona and Madrid
Want to come to Jägermeister Klub, the most awaited music event of the season?
Balenciaga apologises for its latest campaign sexualising children
Welcome to ‘The Penthouse by WOW’, the new WOW Concept restaurant
HIGHXTAR Weekends | What to do in Madrid
Élite presents ‘Élite Club’
All about Mermelada, the party that everyone wants to be at
alt-J touches down in Spain this month with two concerts in Madrid and Barcelona
HIGHXTAR Weekends | What to do in Madrid
TOUS proposes a new jewellery shopping experience and remodels its flagship store in Madrid