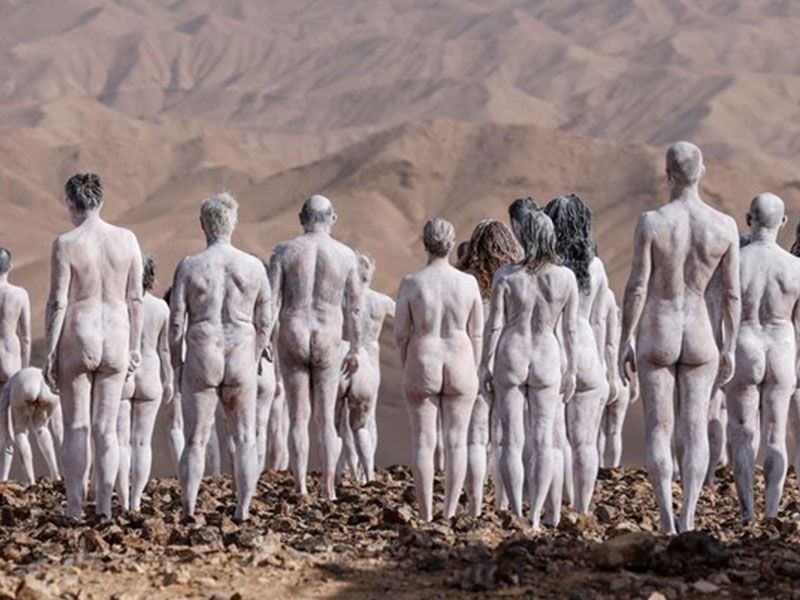 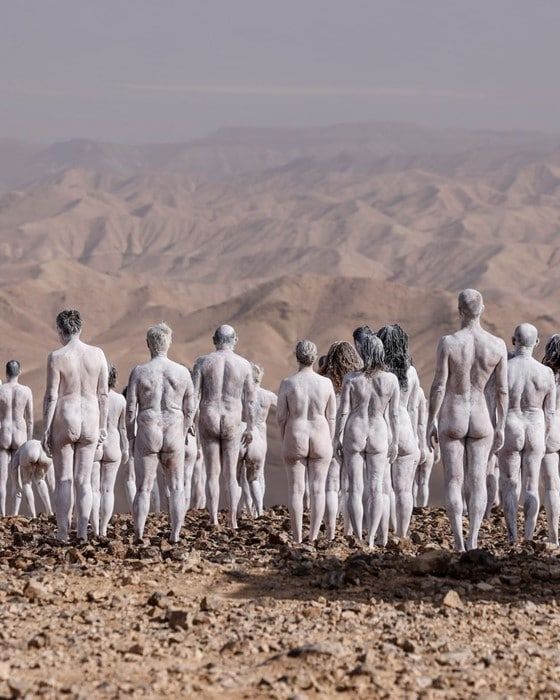 Over the weekend, 300 people stripped naked – covering themselves only with white paint – to pose together in the desert of southern Israel, near the Dead Sea. The session, organised by American photographer Spencer Tunick, aims to raise awareness of the shrinking Dead Sea.

The 54-year-old artist has already photographed the body of water twice, each time making nude art installations to portray the sea’s “ecological disaster”. “I’m here to raise awareness about the receding waters of the Dead Sea,” Tunick said during the photo shoot via CNN.

Although some conservative lawmakers in Israel have opposed Tunick’s projects, Nisan Ben Hamo – the mayor of Arad, a neighbour of the Dead Sea – hopes the project will mark Arad as “a liberal city”, attracting new visitors and raising money for a new Dead Sea museum.