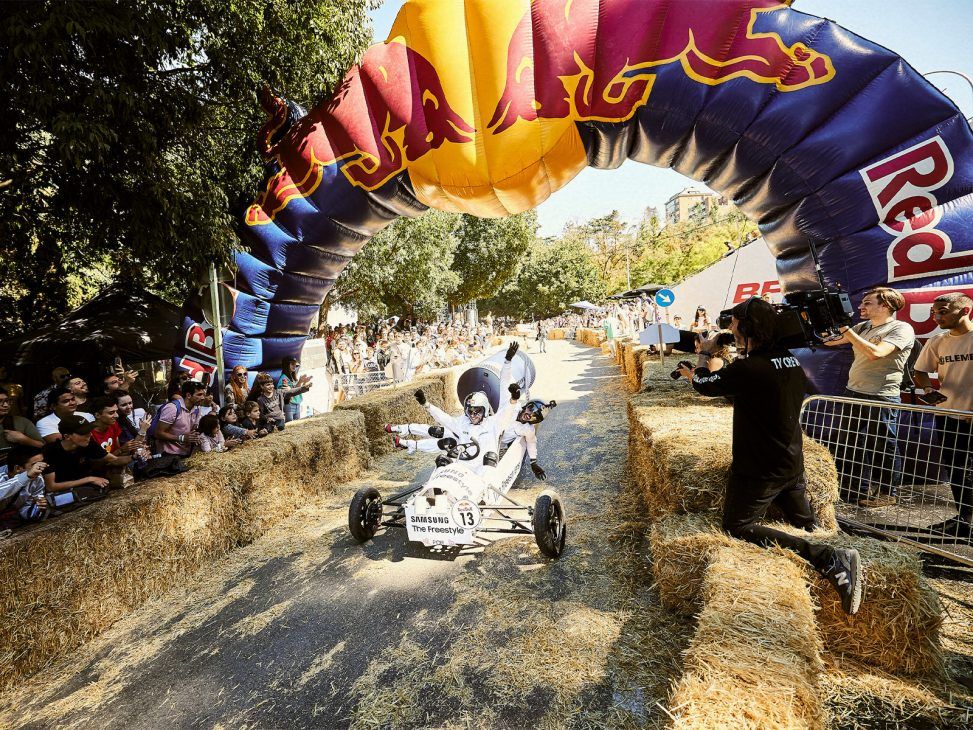 Crazy Goat Garage from Cantabria were crowned winners at Red Bull Autos Locos: the crazy race that attracted more than 40,000 people this past Sunday. 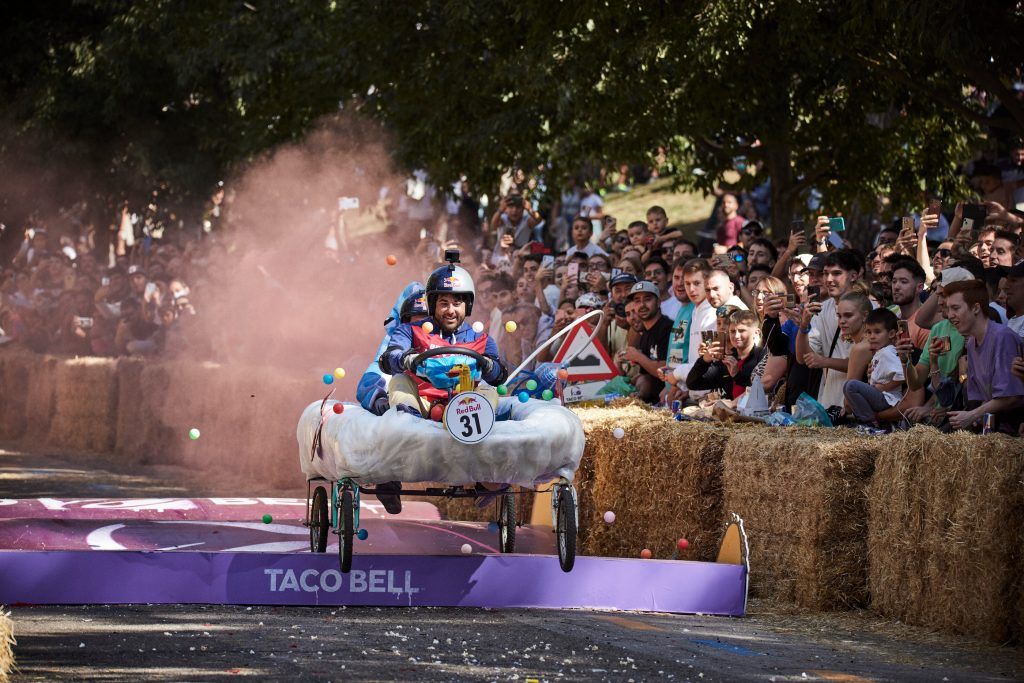 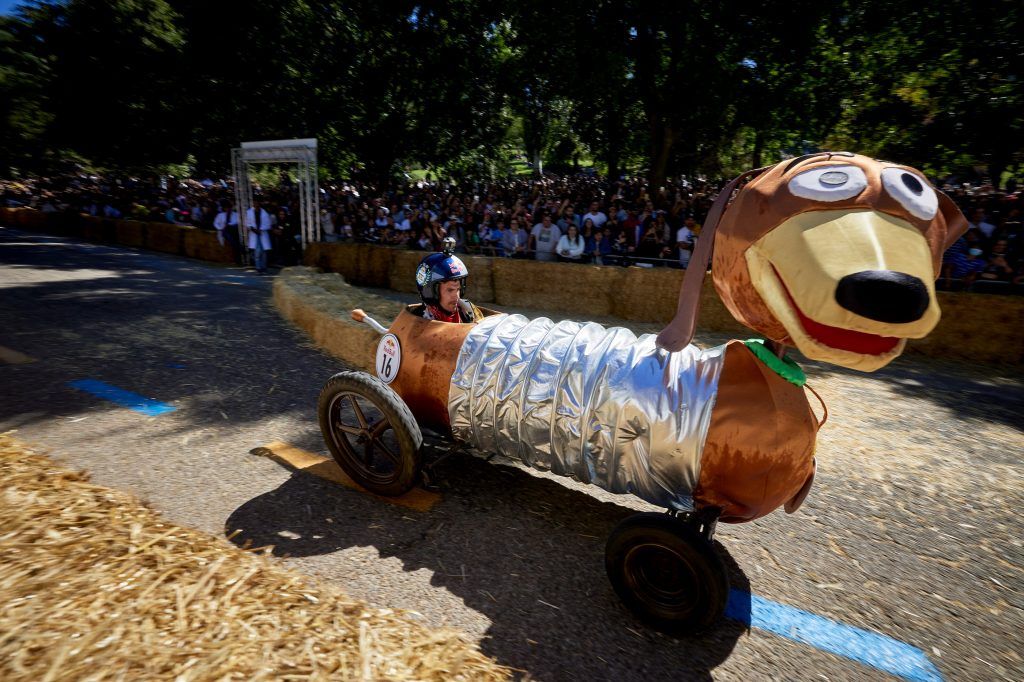 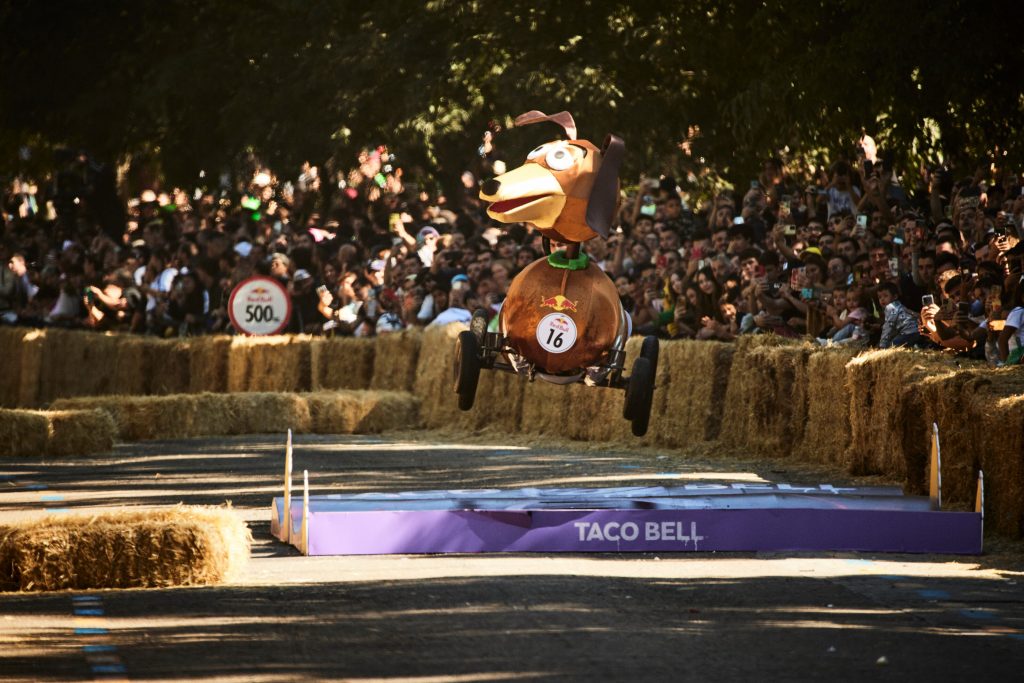 Yesterday, Madrid experienced a real revolution with the celebration of the craziest race of all time: Red Bull Autos Locos. Adrenaline and madness took over the Paseo Ruperto Chapí, just a few metres from the central Moncloa Interchange, under the watchful eye of more than 40,000 people who packed the course throughout the day.

A total of 54 teams from all over Spain competed for the podium in which the Cantabrians Crazy Goat Garage were crowned winners of the surreal rally. Their jalopy took the glory after the deliberation of the jury made up of the Olympic backstroke champion Alberto Ginés; the world champion cyclist in the BMX flatland discipline Vicki Gómez; the popular youtuber and Twitch streamer Mayichi; the renowned world elite big wave surfer Natxo González and the also surfer and European medallist Guillermo Carracedo.

The day kicked off at around 12:00h with the parade of the teams presenting themselves for the first time to the spectators present. The Paseo de Moret was transformed into the most fun paddock ever seen, hosting the 54 homemade non-motorised vehicles designed by the participants.

At 13:00h, Sevagoprojects kicked off this unclassifiable show that unleashed great expectation throughout the country. Each team began their journey with a performance created for the occasion that preceded their launch down the steep slope that propelled them to try to cover the more than 700-metre stretch. The jumps, obstacles and zigzags multiplied the excitement of an audience that, at times, had to hold its breath in the face of the riders’ recklessness.

Flying saucers, volcanoes and submarines were launched into the adventure throughout the day, provoking laughter, cheers and applause from all those present. Reaching the finish line was no easy task, and some of the cars were left at the gates after the most hilarious bumps.

Among the participants we could enjoy, among others, the descents of pilots such as the renowned youtuber TheGrefg and his Auto Loco del Tiempo designed by El RazeFara; the content creators Papi Gavi and Spursito who competed with their reguetonera Perreoneta; or the great BMX rider Courage Adams who changed the bike for DA-CAR.

At around 18:30h the presenters of the event, Karin Herrero and Cristina Boscá, climbed into their own jalopy to bring this edition of Red Bull Autos Locos to a close. After the jury’s deliberations, it was time to award the winners on a podium where the bronze went to Burganes Xiguiri Team, silver to Patinar Te Da Alas and the coveted first place to the aforementioned Crazy Goat Garage. Their spectacular unicorn defied all the rules and was proclaimed the best crazy car of this Grand Prix. 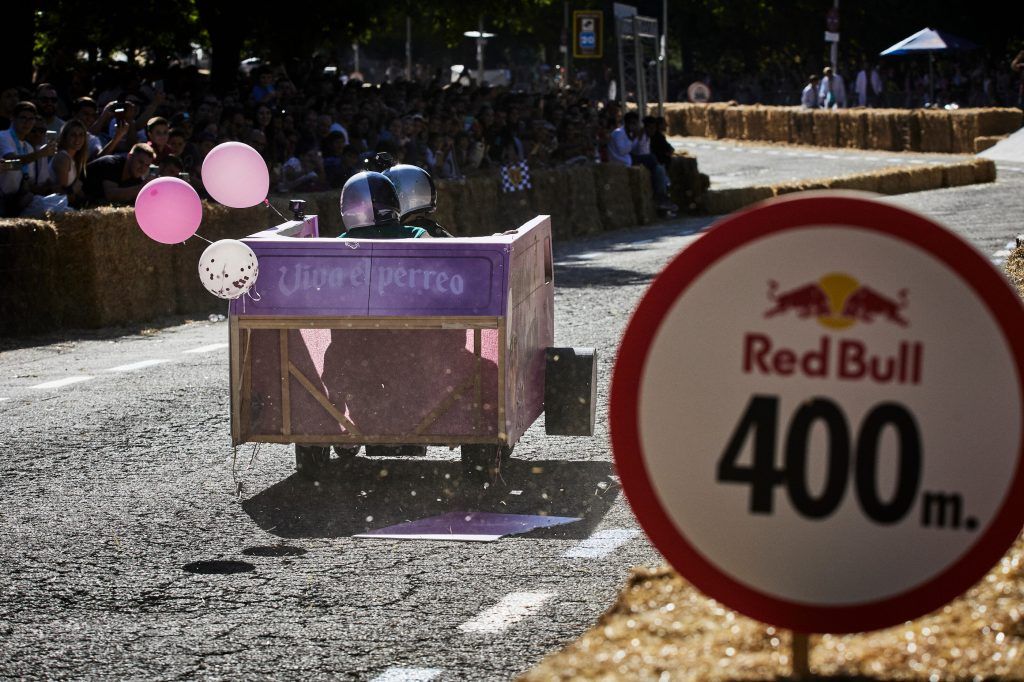 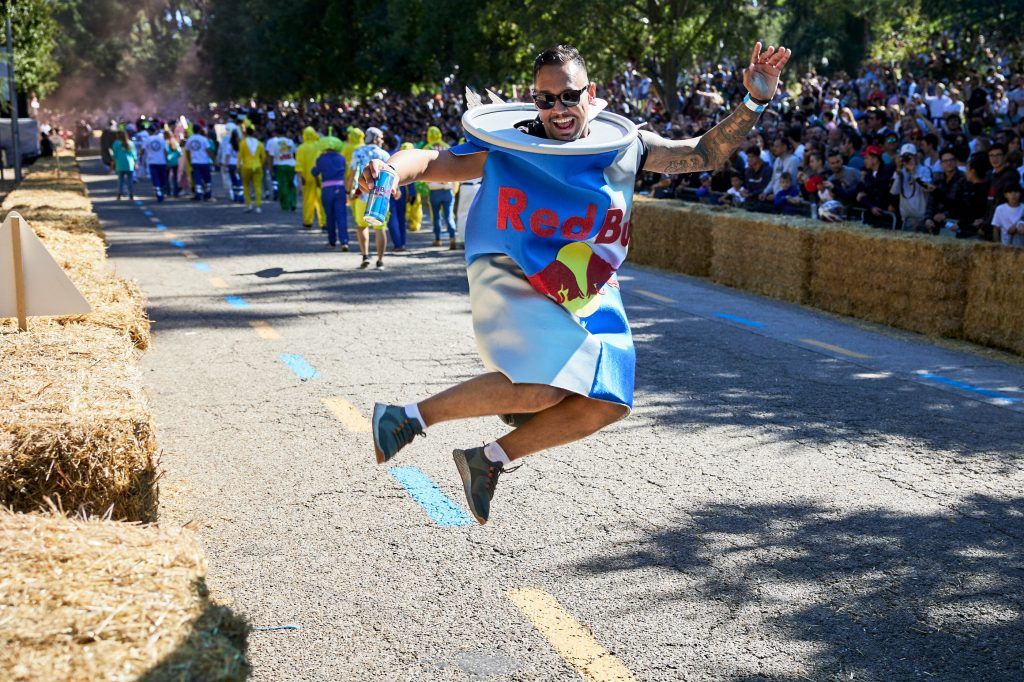 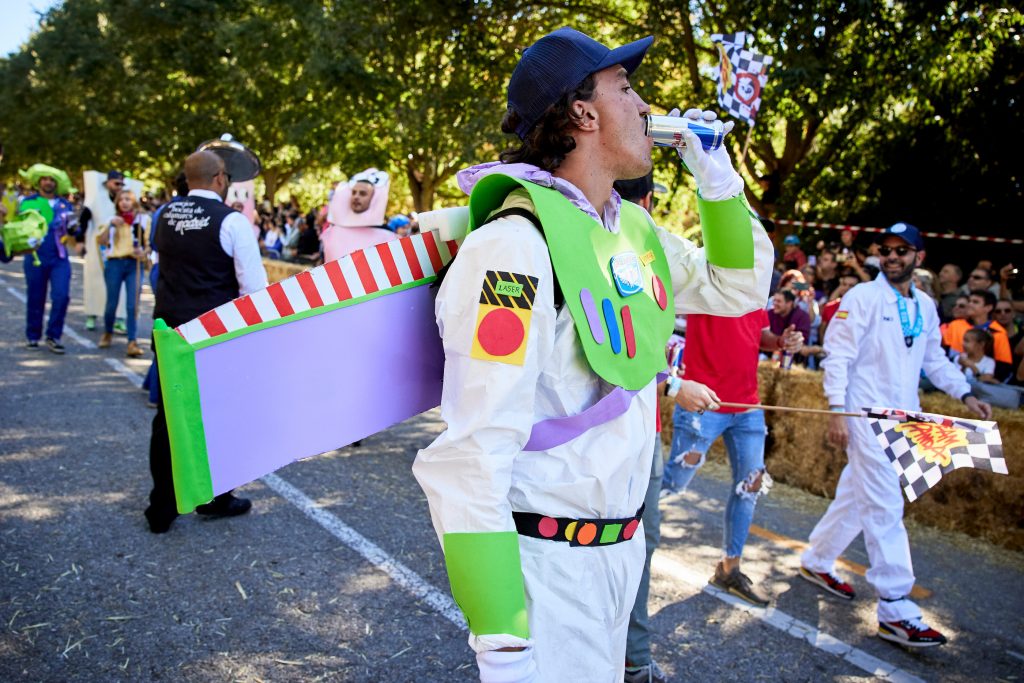 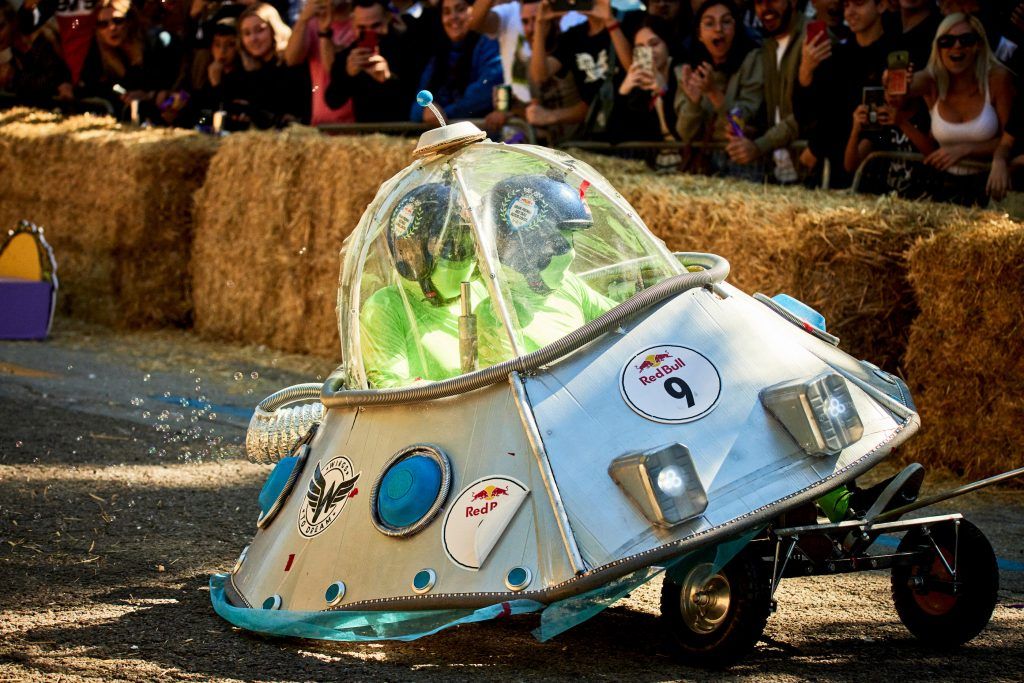