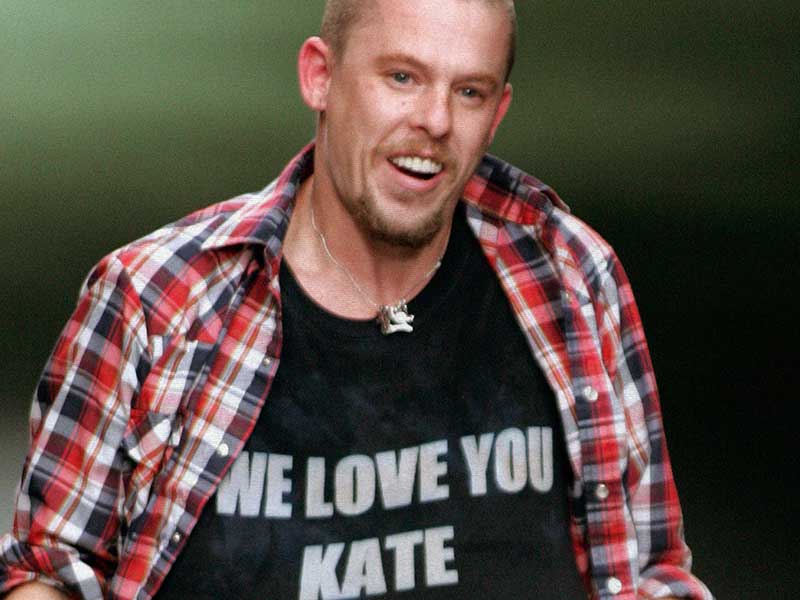 Alexander McQueen, boom and collapse of a genius

It happens often with the great geniuses of wild art and unprecedented creations that his personal life follows the same provocative and brilliant line than his works. Alexander McQueen was one of those geniuses – or maybe is, in the present, because his legacy is still alive and burning eight years after his suicide. The British designer revolutionized the world of fashion and challenged our traditional concept of catwalk between ovations, polemics and excesses. All is shown in the documentary ‘McQueen’, released in June of this year and which is now testing being part of some audiovisual platforms’ catalogue. 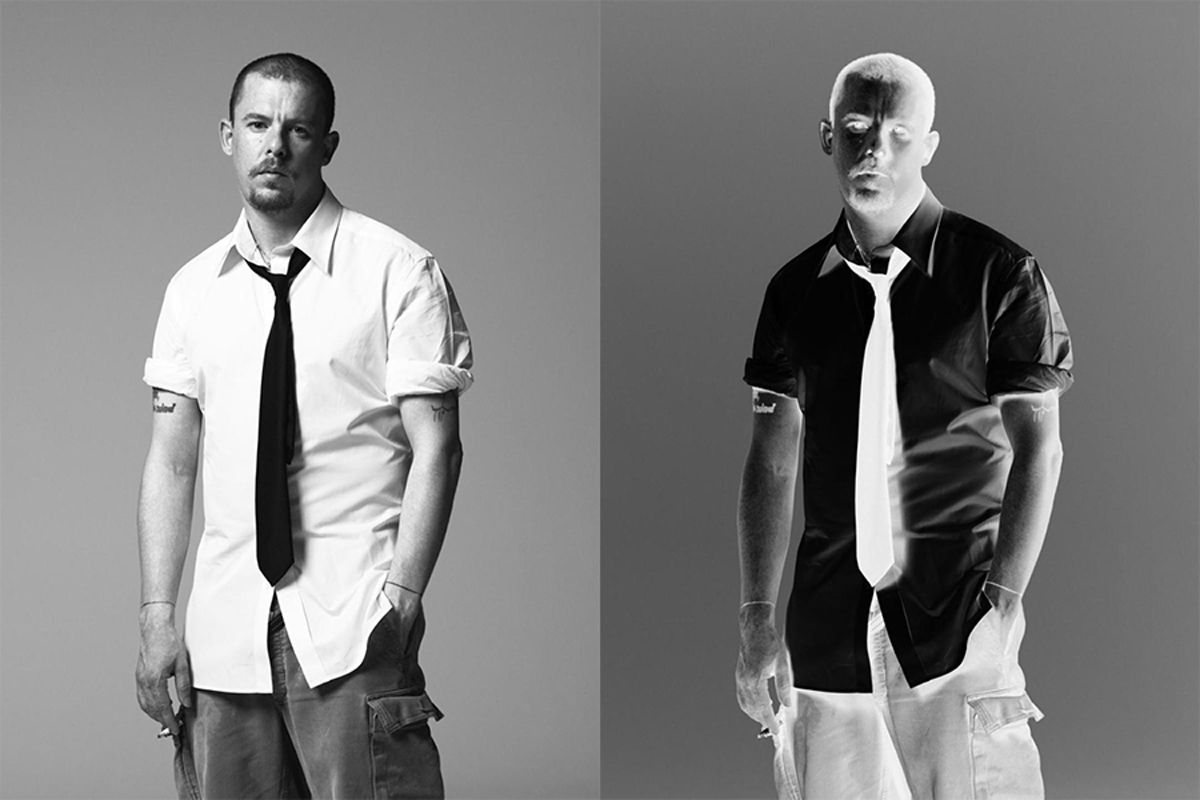 ‘McQueen’, directed by Ian Bonhôte and Peter Ettedgui, tells the personal life and artistic career of the designer through a compilation of images, home videos and testimonies of his relatives.

From the beginning of McQueen as an ambitious young man who studies at the Central Saint Martins in London, going through its boom and coronation as one of the great milestones of the industry, ending in the fall and personal decline of a man overloaded by work, drug addict and saturated by his inner demons. Great legends of the industry and close friends who played an important role in his life come together in the documentary telling surprising anecdotes and stories that reveal the dark personality and creative spirit of Alexander McQueen. The documentary collects his biography including the darkness and beauty, the glory and the hell that form the two dimensions of a fascinating history and life. 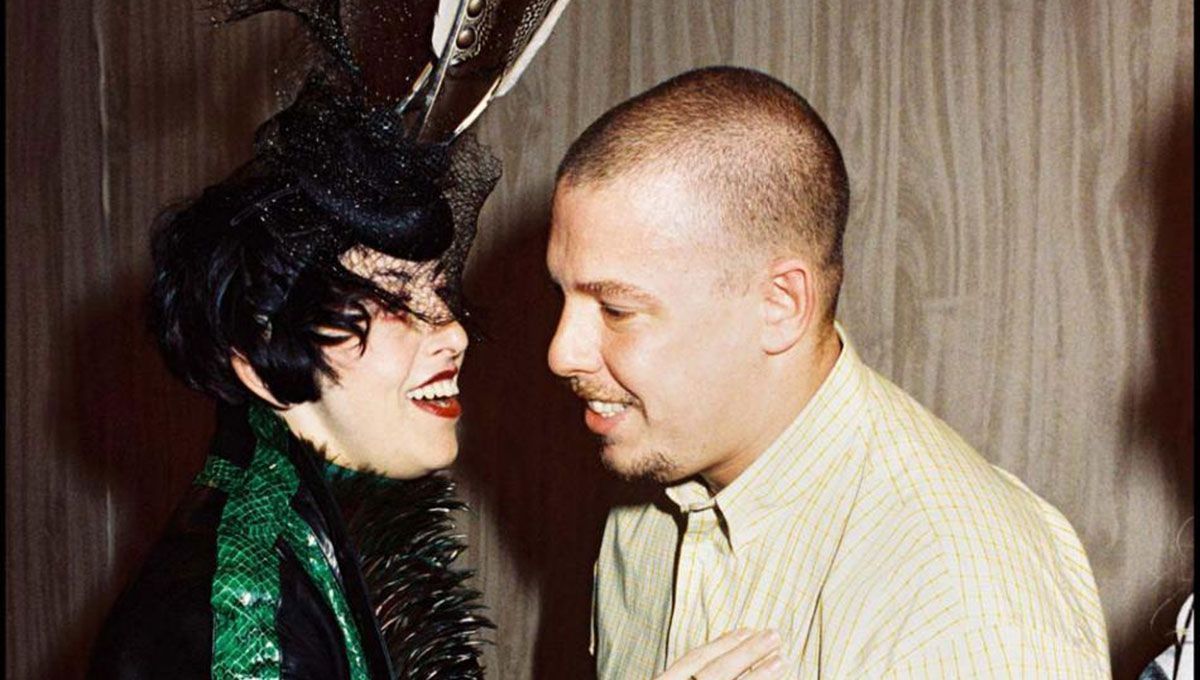 It was the iconic fashion editor Isabella Blow who saw in Alexander McQueen a rough diamond that had to be polished. As soon as he graduated, Isabella bought all the collections and decided to lead the young talent to success. She was also responsible for the artistic name of the designer, who at that time used his first name, Lee. The relationship between Isabella Blow and Alexander McQueen was a path of love-hate and eccentricism that only ended with the suicide she committed in 2007. The affinity between both created a friendship in self-destruction, and there are many stories about the Blow’s obsession with McQueen and about how he fostered his friend’s depressive and self-esteem problems. 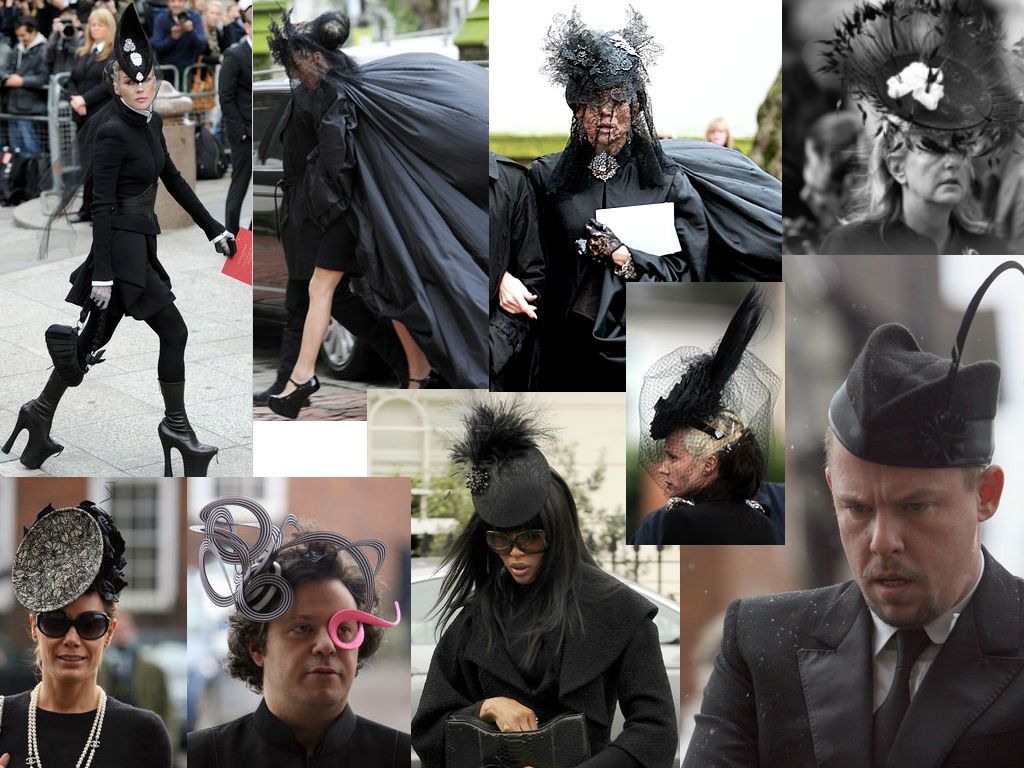 Isabella’s death hit McQueen hard in a period of time of emotional weakness. The truth is that his personal life was full of difficult episodes since his childhood. His uncle sexually abused him when he was only eleven, something that according to his own sister inspired his works. Realizing that he had HIV and the drug abuse also led to a severe depressive episode.

“People forget that fashion is about showing who you are”, McQueen states in the documentary. The designer captured the horrors and experiences of his life on the catwalk, resulting in a kind of autobiographical metaphors where he revealed, for example, how he suffered the working pressure ending the show with a model with an artificial respirator and covered by moths (Voss, S / S 2001), or its inspiration of the dive with a collection where the models seem marine mythological beings (Plato’s Atlantis, S / S 2010). His shows, a hypnotic mixture of theater, fashion show and performance, have become immortal references in the industry.

Alexander McQueen delighted in drama and catharsis. “My shows are about sex, drugs and rock ’n’ roll. It’s for the excitement and the goosebumps. I want heart attacks. I want ambulances”, said the designer. A famous quote that served to reveal its extremism and its perspective (and passion) for fashion. For him, in the industry all that matters was the artistic side. Without intending to pretend, without paraphernalia and without seeking recognition of the celebrity world. In one of his shows in New York, it was raining and Kate Moss told him: “Lee, you must take Anna Wintour inside, you can’t let her get wet”. McQueen ignored it. He didn’t care. He didn’t need to flatter anyone. 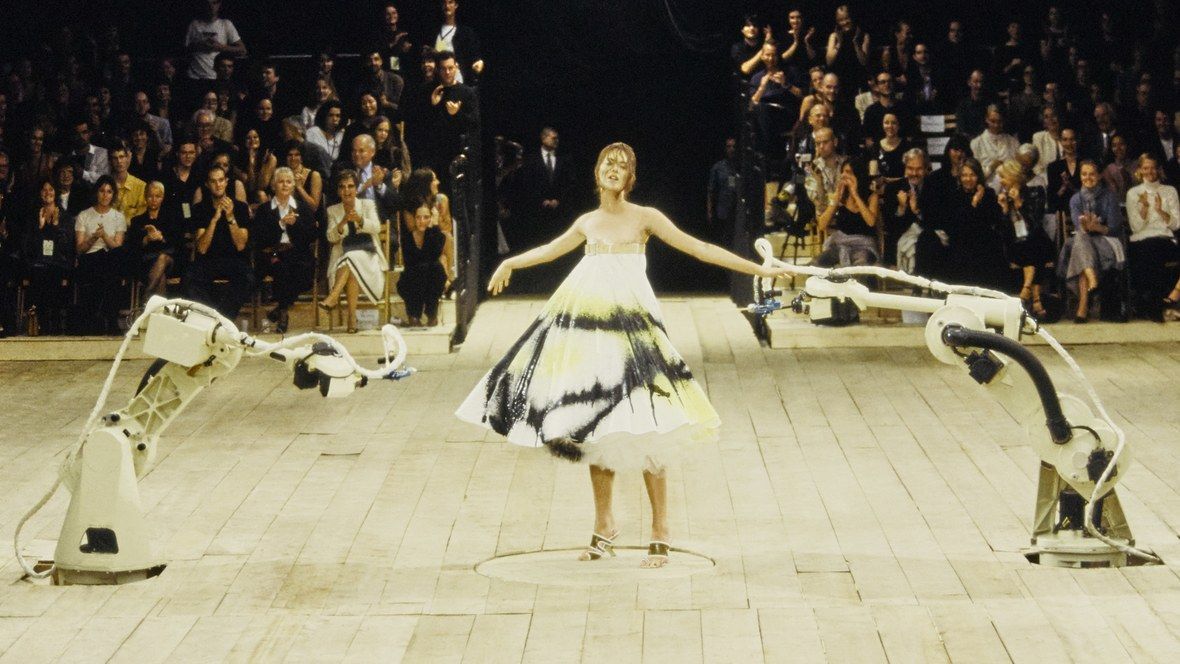 The decline of McQueen began to become evident to his surrounding and to the public. He made more than a dozen collections a year combining his personal work with his position as creative director at Givenchy. An inconceivable amount of work that he also maintained when he moved to Gucci. The effects did not take long to appear: he lost a lot of weight, got into drug abuse and fantasized about the idea of ​​suicide. In fact, his friend Sebastian Pons confesses that McQueen had in mind to shoot himself on the catwalk as part of the show. 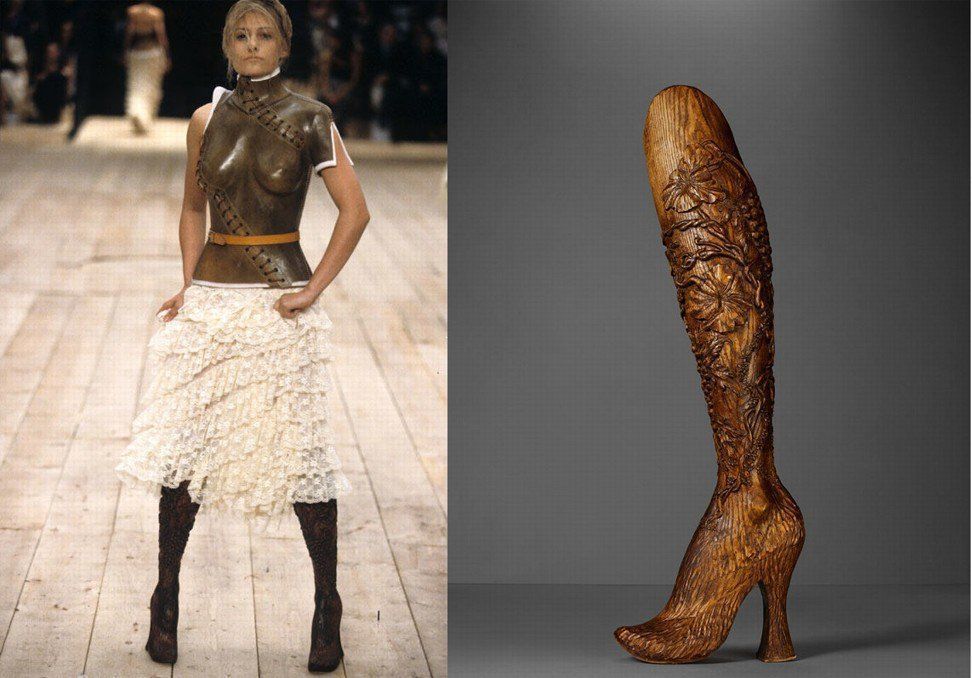 The work absorbed his life and soured his character. The biography ‘Alexander McQueen: Blood Beneath the Skin‘ (Andrew Wilson, 2015) describes an unpleasant, egocentric and misogynistic facet of the designer. A psychotic side that undoubtedly increased when he was under the influence of drugs or alcohol. On the other hand, there was a solidarity and endearing facet too. McQueen donated large amounts of money to various charities and most of his inheritance is administered in Sarabande, a foundation he created for young designers without resources. 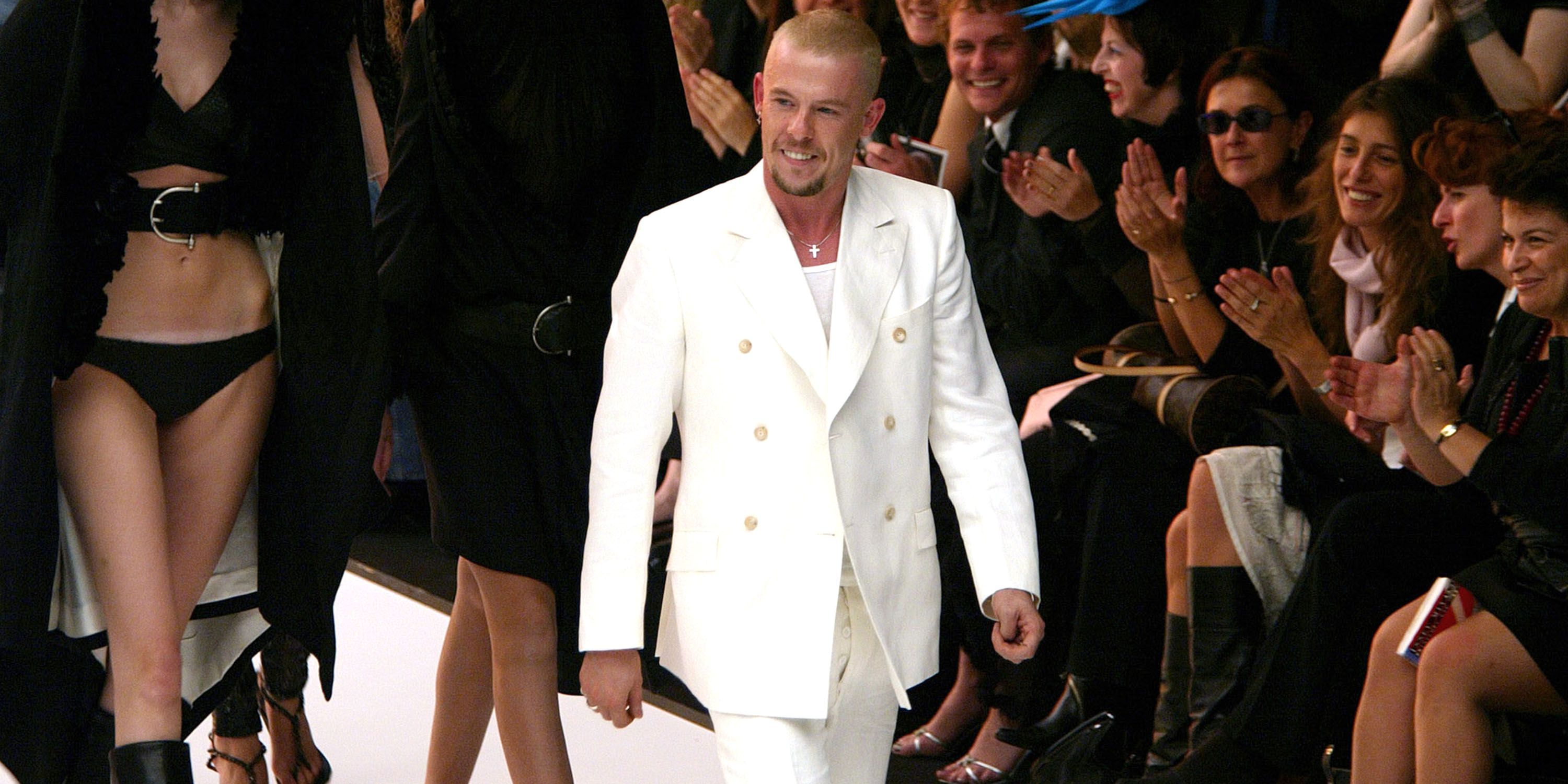 If fashion, like painting, had different artistic movements, Alexander McQueen would undoubtedly be the creator and only member of his own. The designer broke the rules and created his own universe on the catwalk. His life and work, but also his death, are still present in the industry and are collected with more detail and humanity than ever in the documentary ‘McQueen’, which we hope will soon be available on audiovisual platforms.

Highshout. 2 – Rubén H. Bermúdez
Highshout. 1 – Gooseed & Sergio Pontier
Provocative game in Alexander McQueen menswear SS21
We don’t want to do things
The power of plus size beyond the catwalk
Is a State without police really possible?
Romanticism and Cottagecore in Alexander Mcqueen AW20
Working in a cool job won’t break you free
Would you like to see McQueen’s 1992 graduate project?