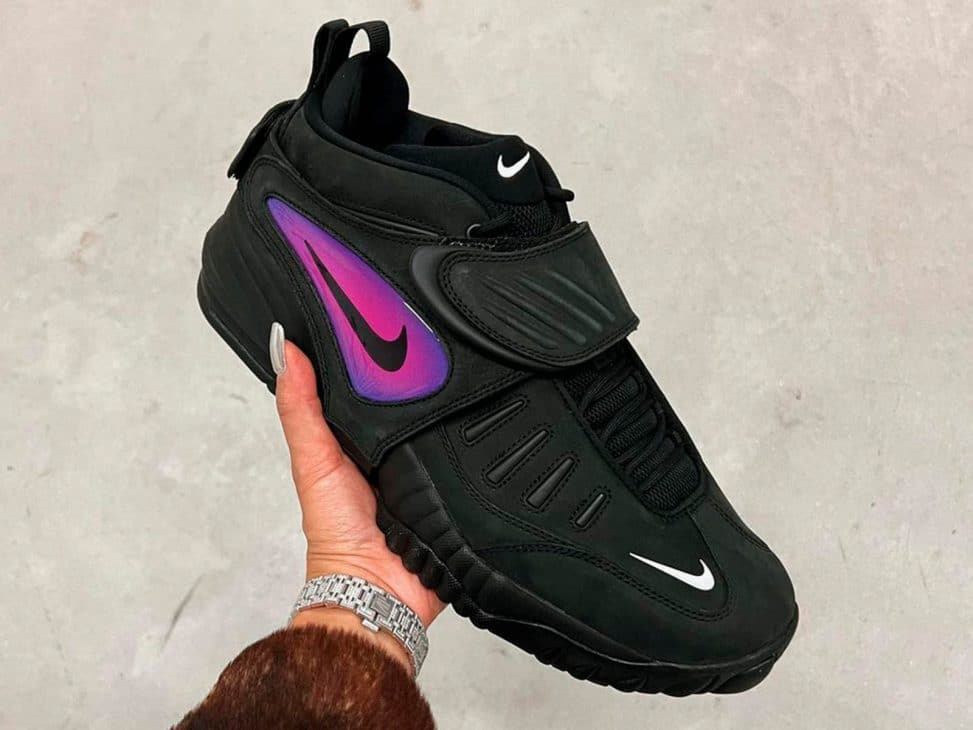 The relationship between AMBUSH and Nike dates back to 2019, when they released a duo of Air Max 180s along with a matching apparel collection. Since then, the pair have released different iterations of the Nike Dunk High, as well as an NBA capsule. Now they unveil the newly designed Nike Air Adjust Force, a retro Sportswear model from 1996. 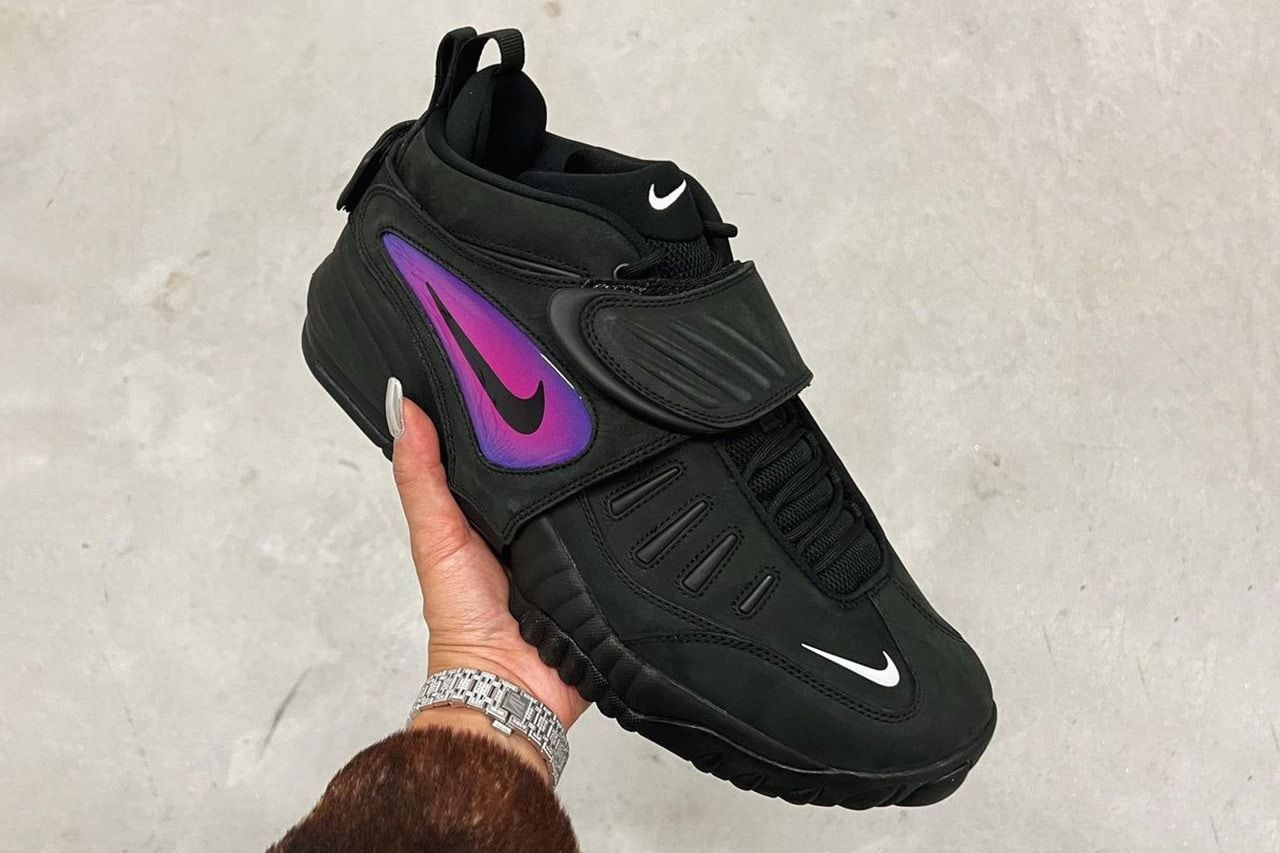 Yoon Ahn, founder and creative director of the Japanese label, is once again collaborating with the sports brand par excellence. This time, the duo has decided to revive a model from 1996: the Nike Air Adjust Force.

The sneaker features a black nubuck upper with a breathable mesh tongue. It also features a velcro flap that covers part of the model and hides the laces, as well as adding a touch of colour.

When you remove this flap, the Nike Air Adjust Force becomes completely black with a white leather Swoosh that matches the logo on the tongues and forefoot. 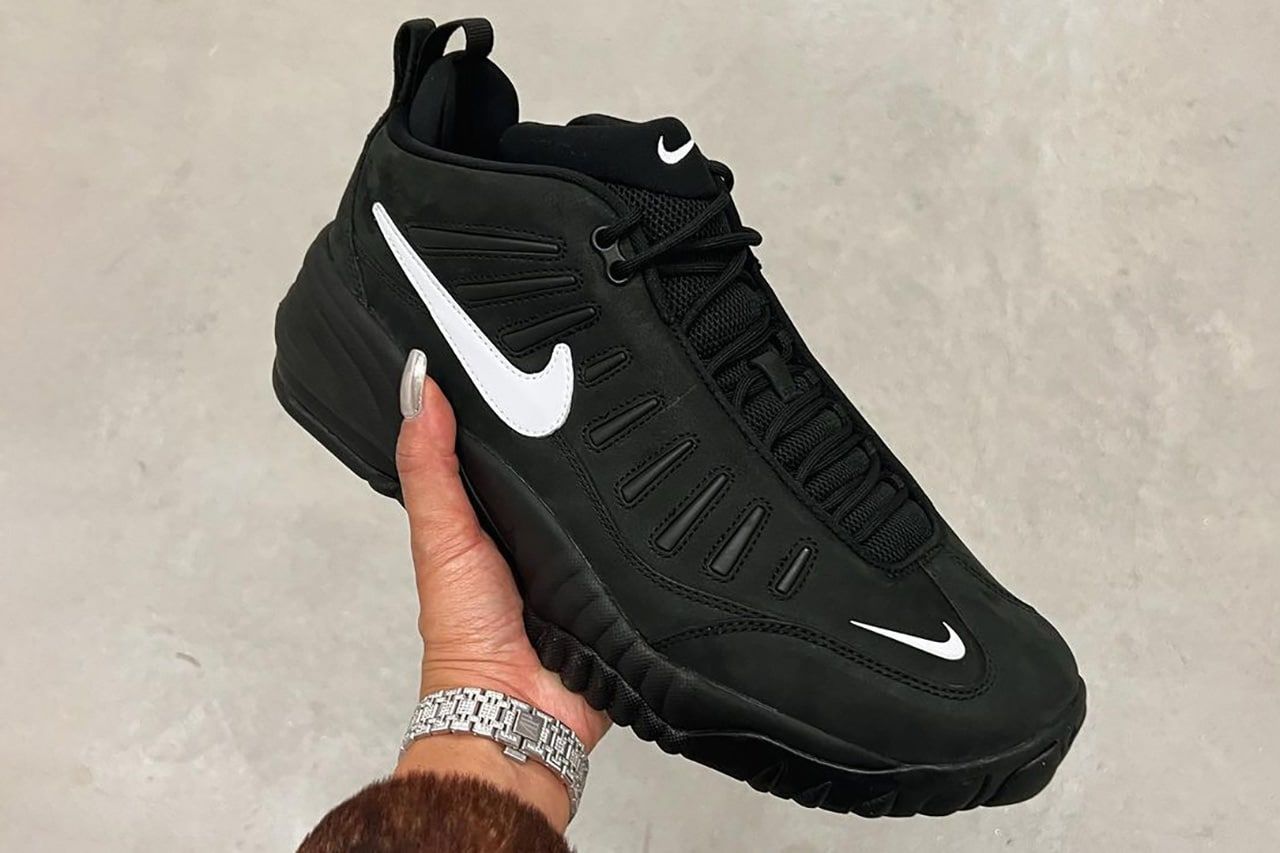 A release date has not yet been announced, but it is likely to arrive in the coming months on Nike’s website.