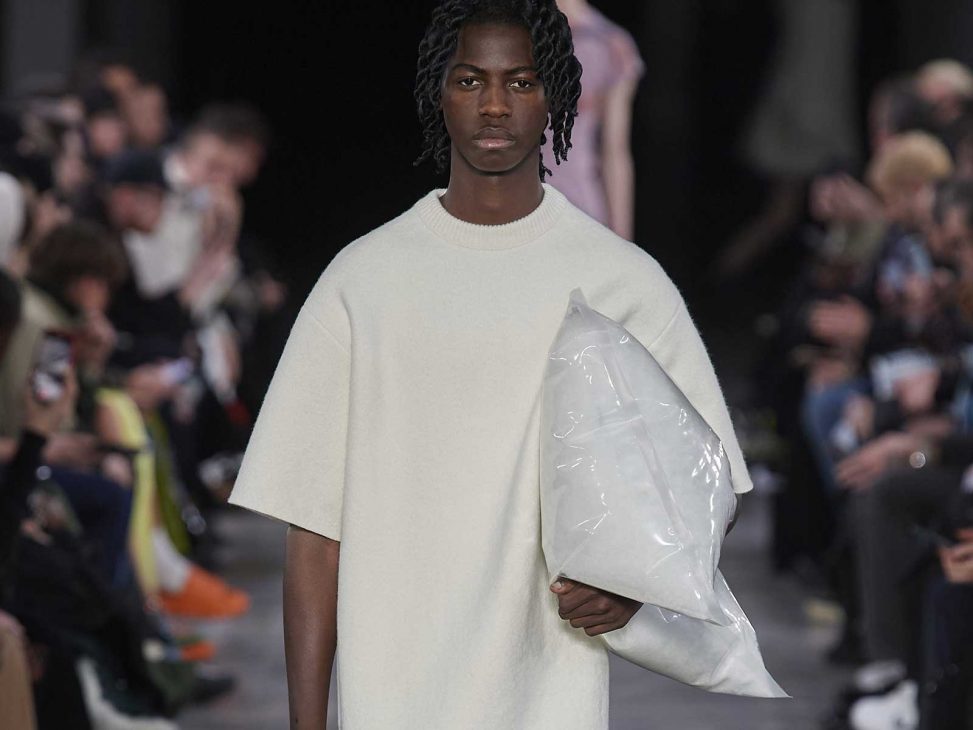 On the men’s catwalks of AW23, designers stimulated our own fantasy through fashion, encumbrating the pillow as the new viral accessory that shone among the rest of the aesthetic elements and illusory sparkles.

When creative freedom becomes a mantra, and fashion is stripped of its elitist and snobbish atmosphere, ironic trends like this one emerge. One that Prada and JW Anderson explored with majesty, making their garments with stuffed pillows or quilts, turning this cozy and fluffy accessory into the main protagonist of the Milan menswear fashion shows. 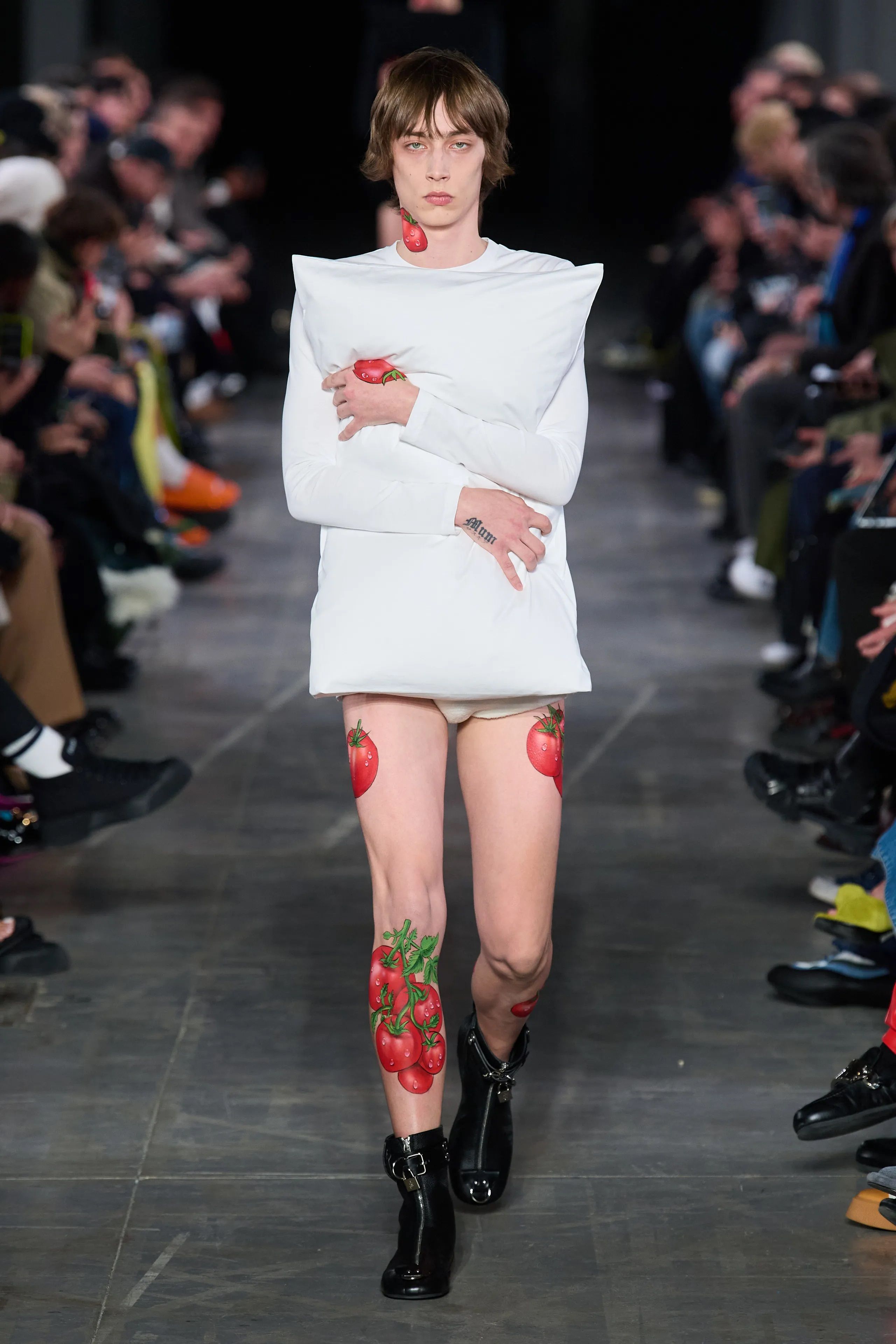 In the case of JW Anderson‘s escapist, carefree and surreal interpretation, the cast of models clung to life-size pillows sewn into T-shirts or plastic-covered pillows, as if they were handbags or clutches to be worn under the arm. 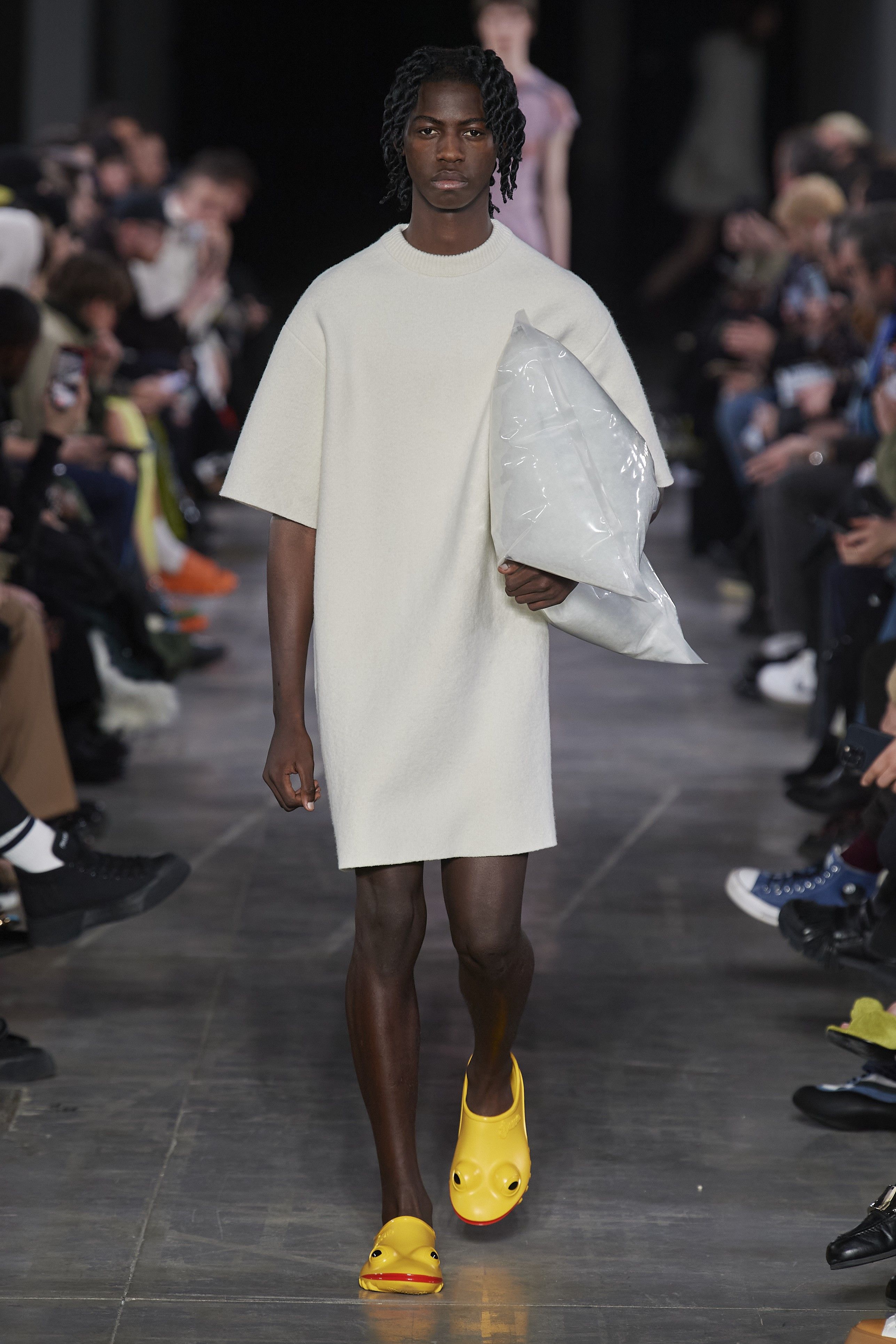 A dreamlike concept that was also transferred to the proposal of Prada, who tailored that fluffy concept through extra-large quilted bombers or sweaters and vests redesigned from soft down pillows. The collection’s quilted pieces added a relaxed and fun contrast to the architectural tailoring of the collection.

Their creative directors, Miuccia and Raf Simons, materialized that same elusive idea in the fashion show invitations, which they delivered on white pillows, as a kind of act with which to approach reality and the earthly. 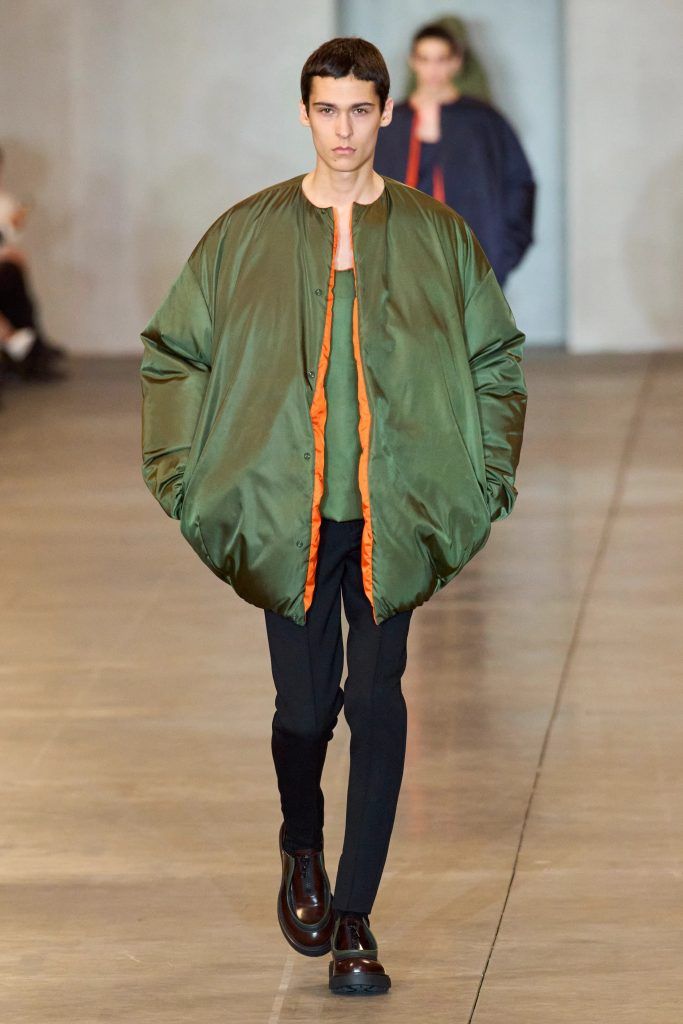 Still, this fashion trend is not something new in the fashion system. Back in 1999, Martin Margiela collaborated with Italian comforter and bedding manufacturer Featherlite to create his iconic 100% down feather coats. Grail pieces rose to prominence during the 2000s among New Yorkers seeking shelter from the cold during the polar winter. 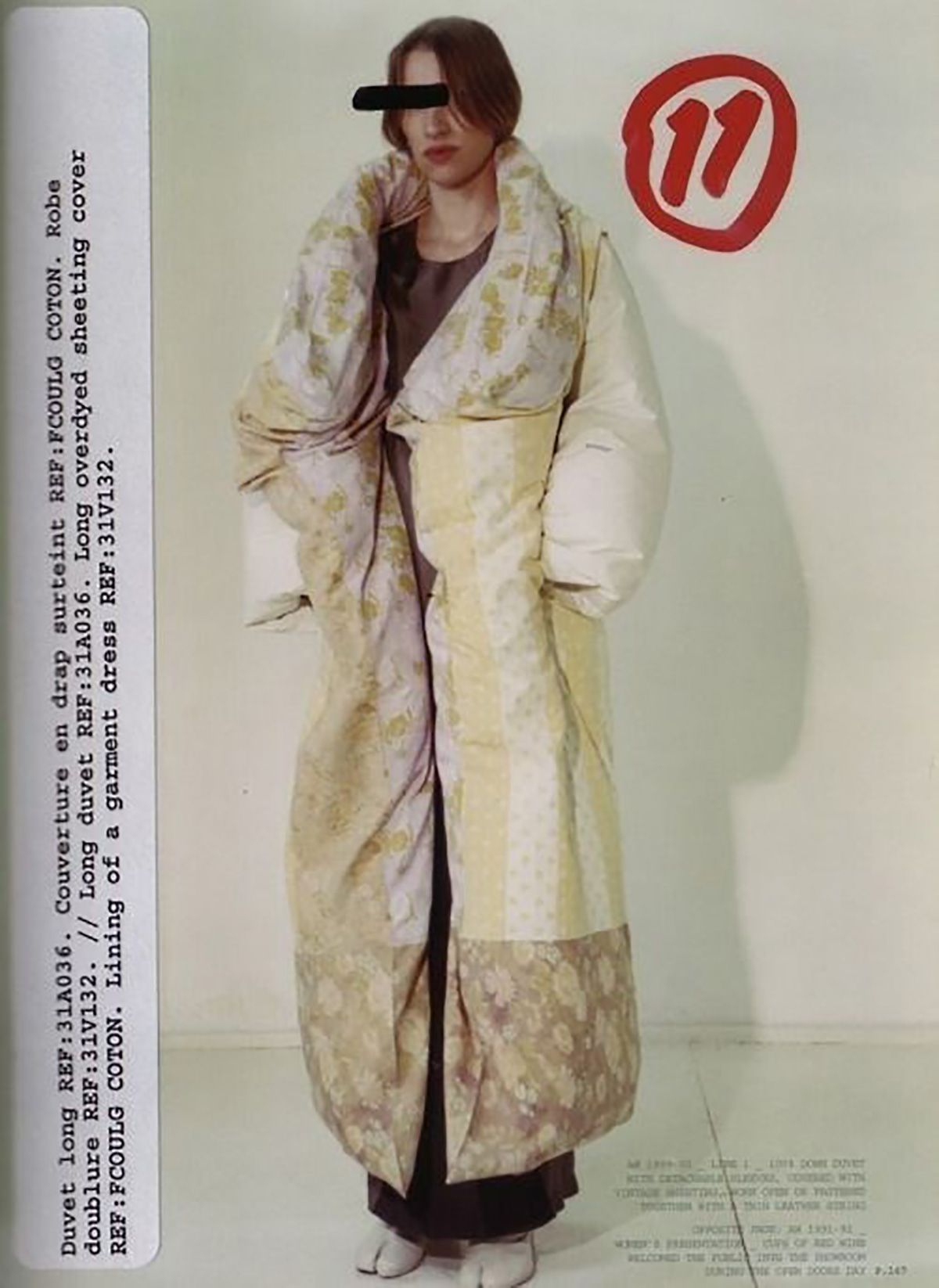 Gentle Monster confirms upcoming collaboration with Maison Margiela
Has fashion entered the era of minimalism?
Maison Margiela is back, and it’s back indeed
JW Anderson conquers the Milan catwalk again
‘LET’S TALK ABOUT CLOTHES’ by Prada is pure minimalist futurism
Prada celebrates the SS23 collection with ‘Touch of Crude’
Prada’s new boots fuse the concepts of timelessness and modernity
How fashion is wrapping itself in festive trimmings
Is gender fluidity already a reality for fashion?
How Wednesday has resurrected the goth girl
MM6 Maison Margiela Pre-Fall ‘23: clothing experimentation
How designers are exploring the art of the nudity