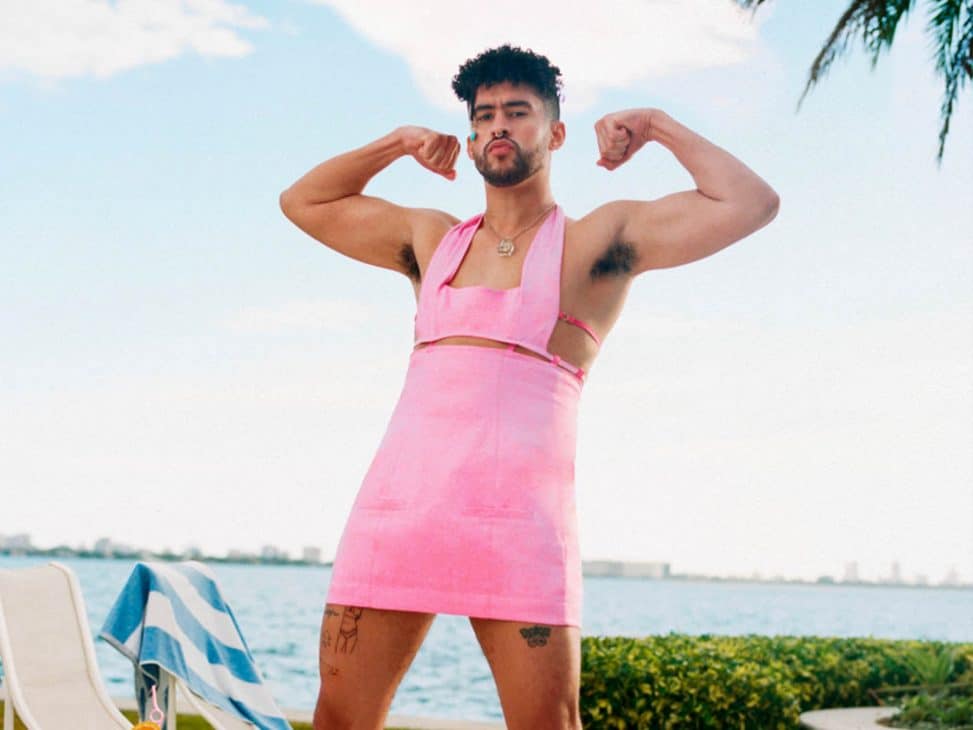 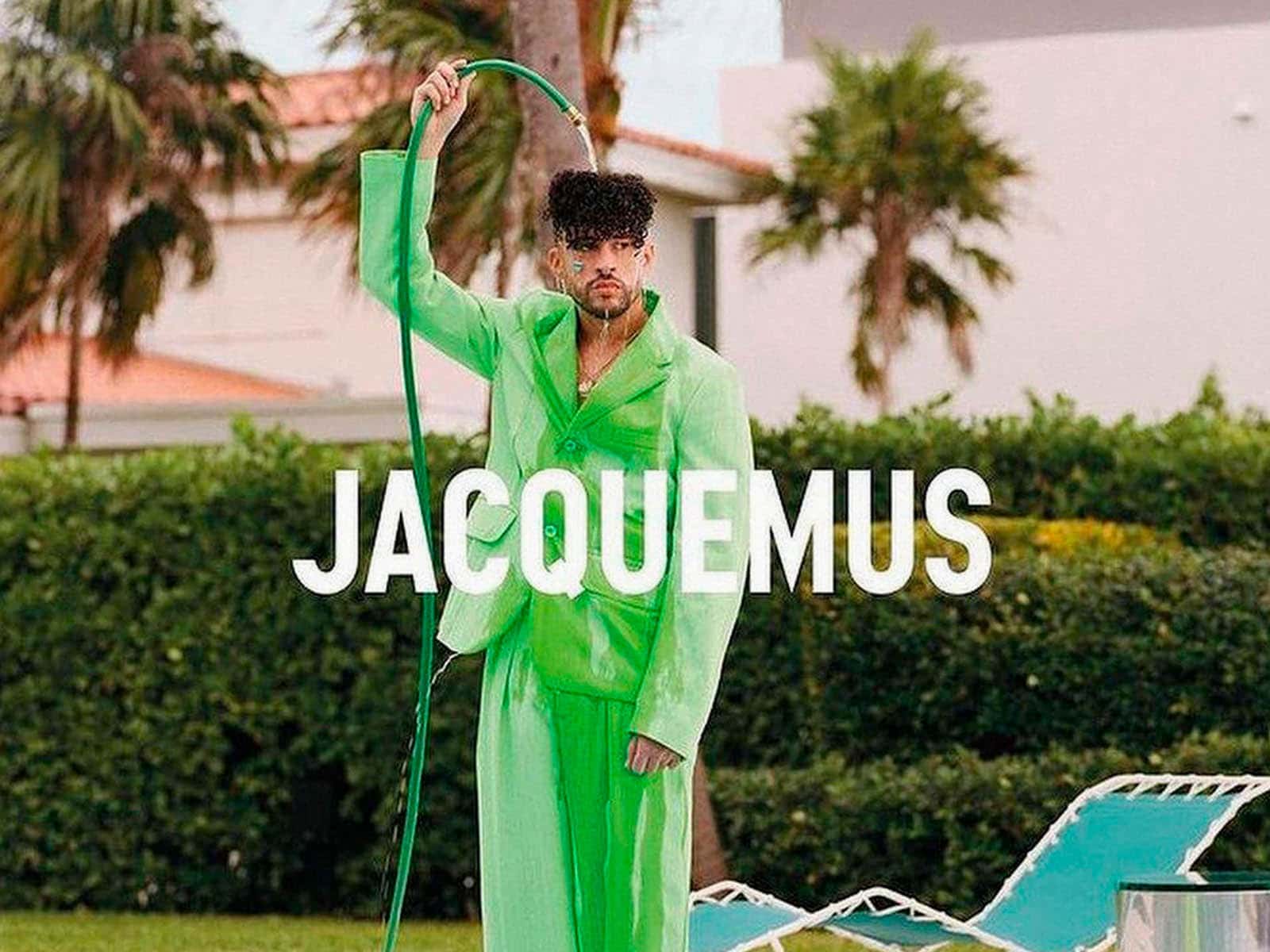 Considered one of the most stylish stars in the world, the rapper stars in the new Jacquemus campaign in which he wears a short pink dress while showing off his muscle. Bad Bunny is another celebrity who breaks gender stereotypes like singer Harry Styles in different covers or actors Jason Momoa and Daniel Craig with their red carpet outfits.

Shot in Miami by photographer Tom Kneller, the campaign has gone viral in a matter of seconds by allowing the public to do one of the things they love most: find the source of inspiration for the images. Bad Bunny mimics the iconic pose from Mark Seliger’s signature photo shoot featuring Brad Pitt in different outfits for “Rolling Stone” magazine in 1999.

The new Jacquemus campaign shows the singer in different outfits that evoke the summer. In one of the images he appears in a neon green suit jacket while showering with a hose at the edge of a swimming pool, and in another, he wears a pink dress with high-heeled sandals (and socks) while flexing his muscles with his arms in the air and the sea in the background.

This is not the first time Simone Porte Jacquemus has sought to make an impact with his images. The designer is an expert in viralising his campaigns through social networks: “If it’s pretty on Instagram, it will sell. It’s the world we live in”, he concludes. You only have to remember his campaign in the middle of confinement through Face-Time with Bella Hadid or the one he photographed of his grandmother.

Now… Why don’t you take a look at the latest GANT SS22 collection?