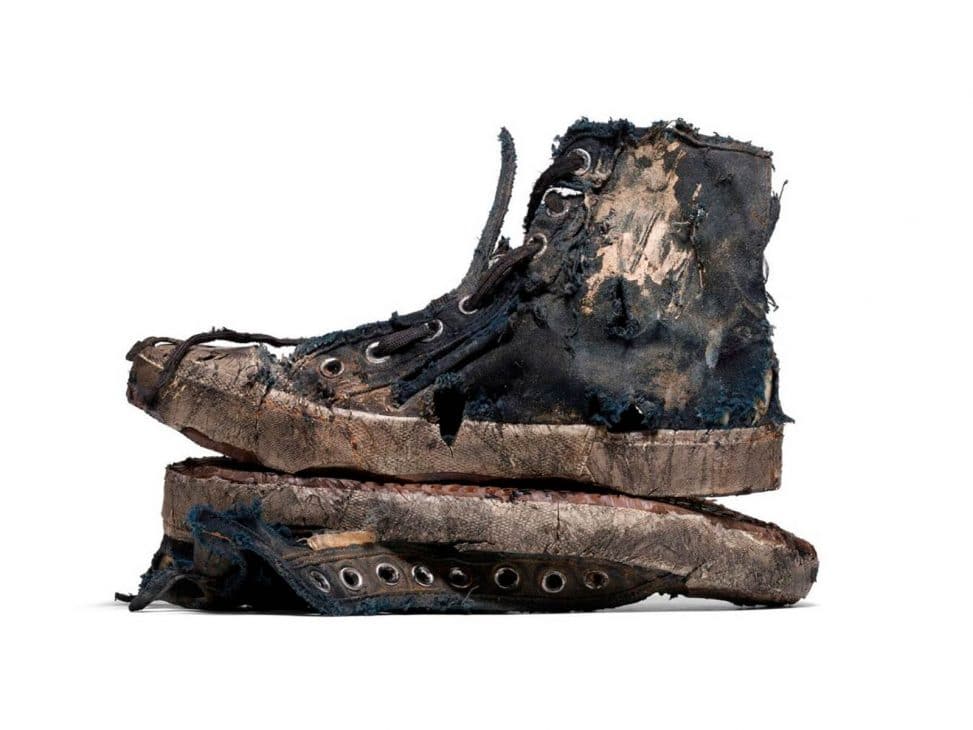 Yesterday the first images arrived online of the Paris, the new Balenciaga trainers available in shop in two versions, a “tall” one similar to the classic Converse, another in a Mule version and… a more mediatic version. 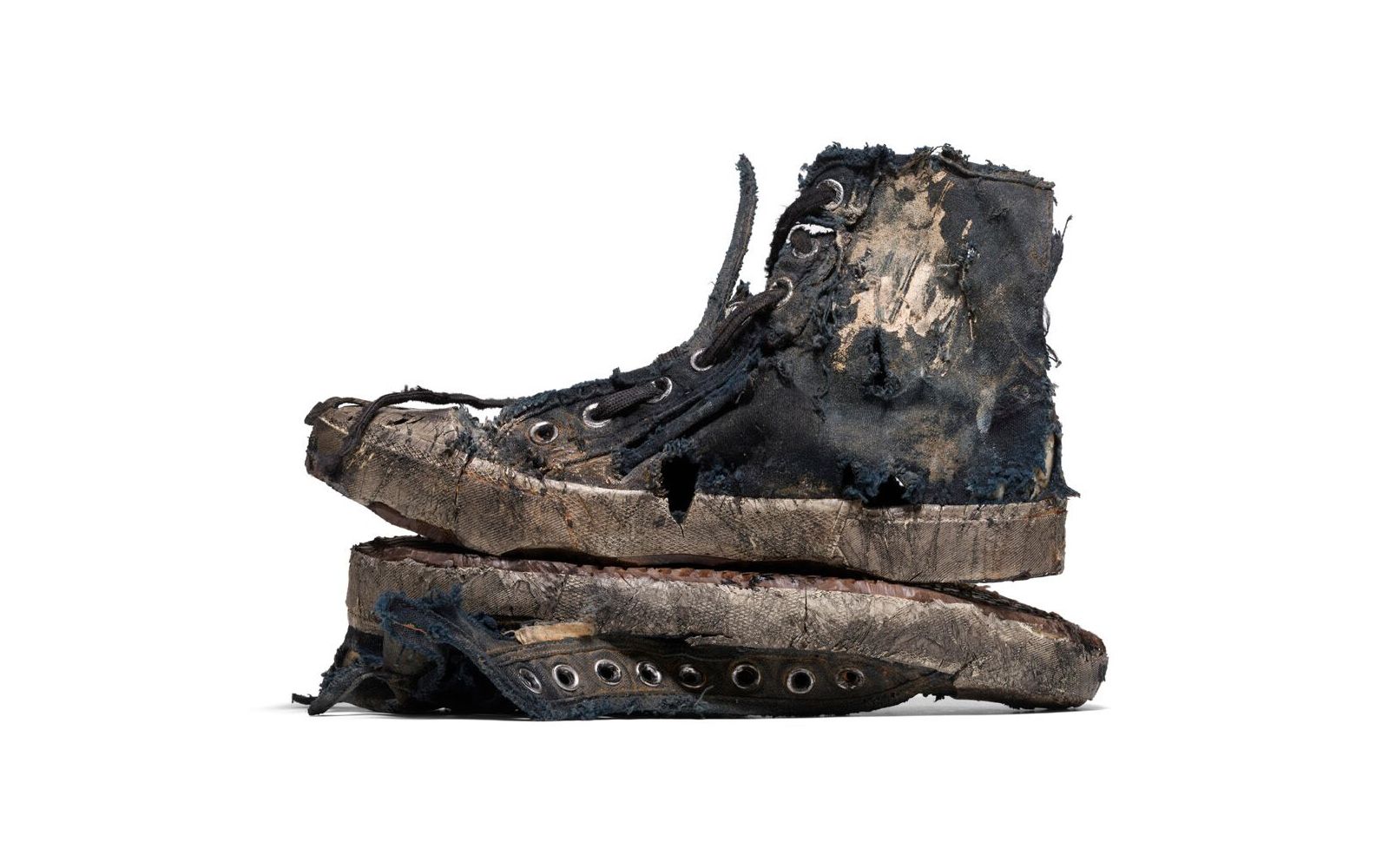 Despite the aesthetic differences, both versions are still characterised by a worn look common to the brand’s aesthetic and the world of signature sneakers such as the Golden Goose or the San Laurent. Along with the two models, respectively priced at €495 and €395, the brand has released a third version of the trainers, dubbed Full Destroyed.

As you can guess from the name, the latter has an even more extreme feel than the previous two. This version, available in a limited edition of 100 pieces at €1450, was the one used by the brand for the official launch of the shoe, generating general indignation from those who thought that these shoes could not be on sale, let alone for that price.

If you too have fallen into this trap, if you too have been trolled by Demna, don’t blame yourself. It’s normal. Balenciaga’s main statement has always been provocation, the desire to generate a reaction in the viewer, in this case, a trainer so mangled that it would be difficult to wear and to sell at a deliberately exaggerated price.

Demna himself has based part of his success on his ability to poke fun at fashion itself, often presenting items that are out of the box and often “difficult” to conceive for classic codes, be it a super chunky trainer or the now famous Crocs Boots. In this case, the Georgian designer has opted for the same tactic that works so well for him.

The Balenciaga Paris Sneaker is now available worldwide through balenciaga.com and in European shops on May 9th.

HIGHXTAR Weekends | What to do in Madrid
HIGHXTAR Weekends | What to do in Barcelona
Inditex to charge for online home deliveries and returns
Exclusive images from the GOI Pool Party
BB Monogram: The new Balenciaga print
Instagram to verify age by scanning face
We talked w/ pablopablo about his debut album “ALBUM 1”
Louis Vuitton SS23: “Rest In Heaven” Virgil Abloh
Sophistication and utility with the PRX Powermatic 80 by Tissot
Stüssy chooses Portishead band for latest collaboration
Add Treehotel’s treehouse with nests to your radar
This weekend avant-garde electronica with Paraíso