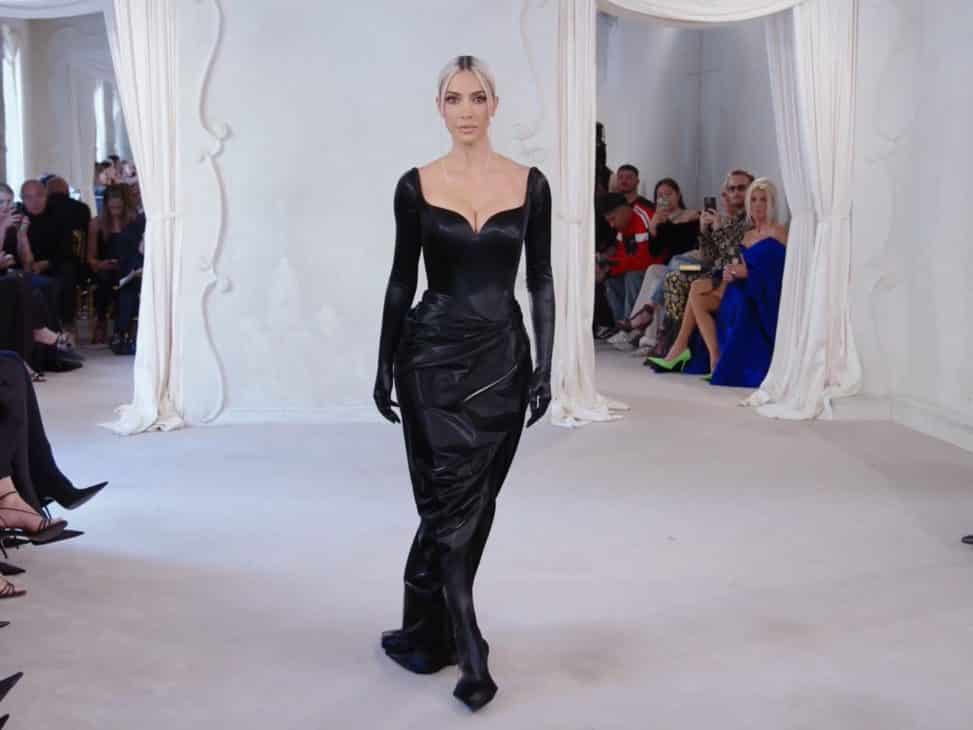 To the rhythm of a violin soundtrack, and a front row full of international stars, Balenciaga’s 51st haute couture show, perhaps the most exciting of the week, has just concluded. And it was all the fault of the stars invited to the show, not to watch, but to walk the runway! Yes yes, as you read it, Kim Kardashian, Dua Lipa and Nicole Kidman have debuted as models for Balenciaga in its Haute Couture collection.

Once again, at the elegant Cristóbal Balenciaga Salon, Demna presented a collection full of the brand’s signature tight-fitting pieces, dramatic ball gowns, pure glamour and impeccable craftsmanship. It was very difficult not to make it a viral moment with the presence of so many celebrities, and the appearance of groundbreaking couture garments, made with recycled fabrics. The accessories have not left anyone indifferent either. The bags are reminiscent of portable speakers and watches are used as earrings and necklaces. Opera gloves and tight black stockings to match the pointy-toed shoes were not to be missed either.

Masked models in black helmets begin to parade, continuing the discourse on anonymity so dear to the Georgian designer. Demna’s anonymous beings wear rubber suits and dresses that fit like a second skin.

In the second part of the show, denim and street style clothing takes center stage on the runway. Here, once again, Demna Gvasalia wanted to turn it upside down and break with the established. The designer creates branded pieces such as the Helly Hansen parka and an Alpha Industries bomber jacket for which he uses recycled fabrics. Thus, something very rare in the world of Haute Couture, where the fabric is something significant. 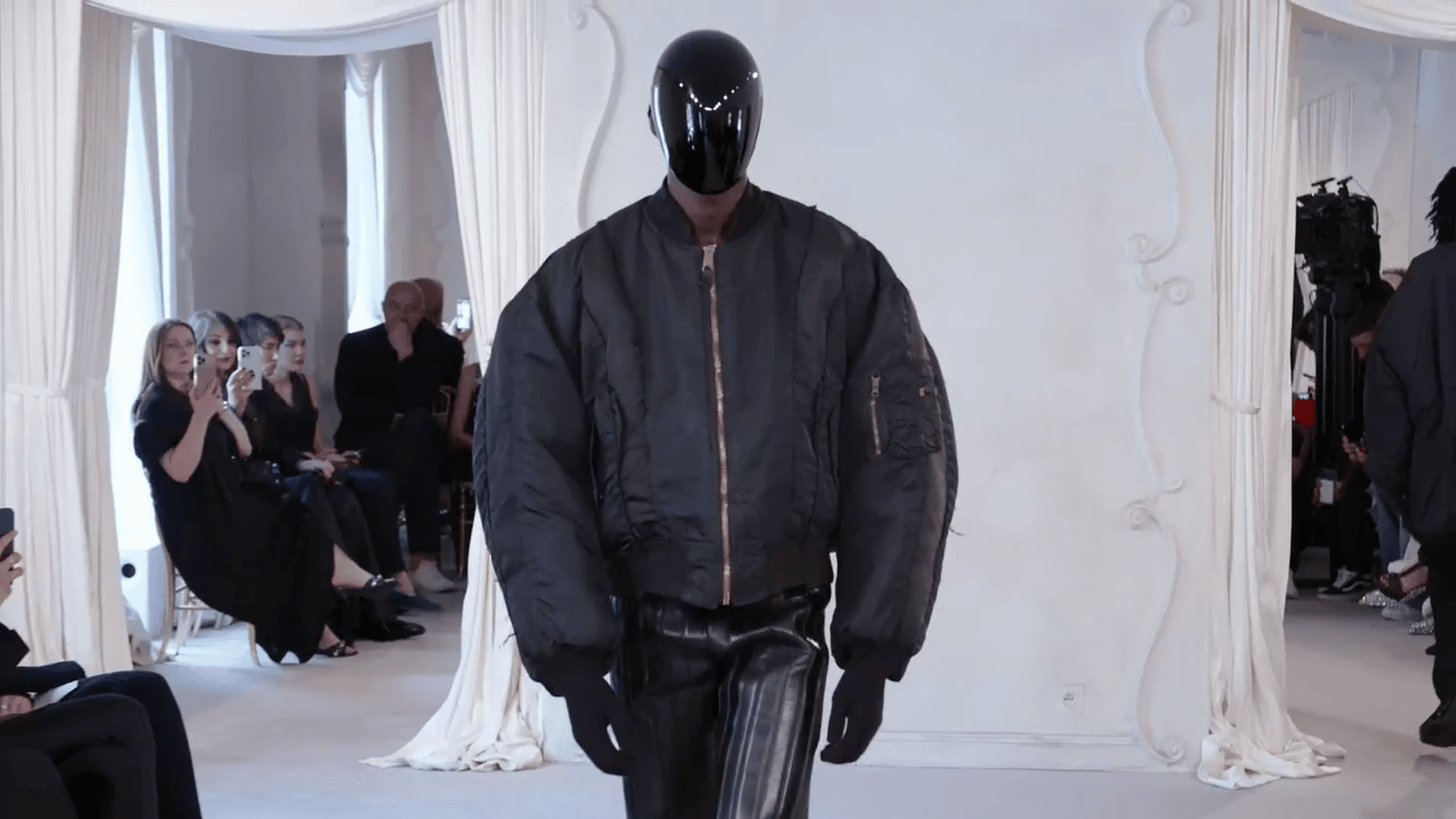 After this groundbreaking moment, a red dress opened the way for familiar faces and color. Long tails, feathered dresses, voluminous skirts, even evening dresses in pastel colors remind us of the 50s.

Suddenly, the celebrity entourage appears. Dua Lipa in a lemon yellow dress, Nicole Kidman in a silver one, and Naomi Campbell wrapped in a majestic black dress. Law Roach, Zendaya’s stylist, applauds her as she walks by. Next up is Bella Hadid in a green tone model with a puffy front and a mini cut in the back. Kim Kardashian also makes her debut on the catwalk, under the watchful eye of her daughter North and her mother Kris. As usual, the fashion show closes with the bride’s gown, wrapped in a fluffy white dress with sparkling embroidery. 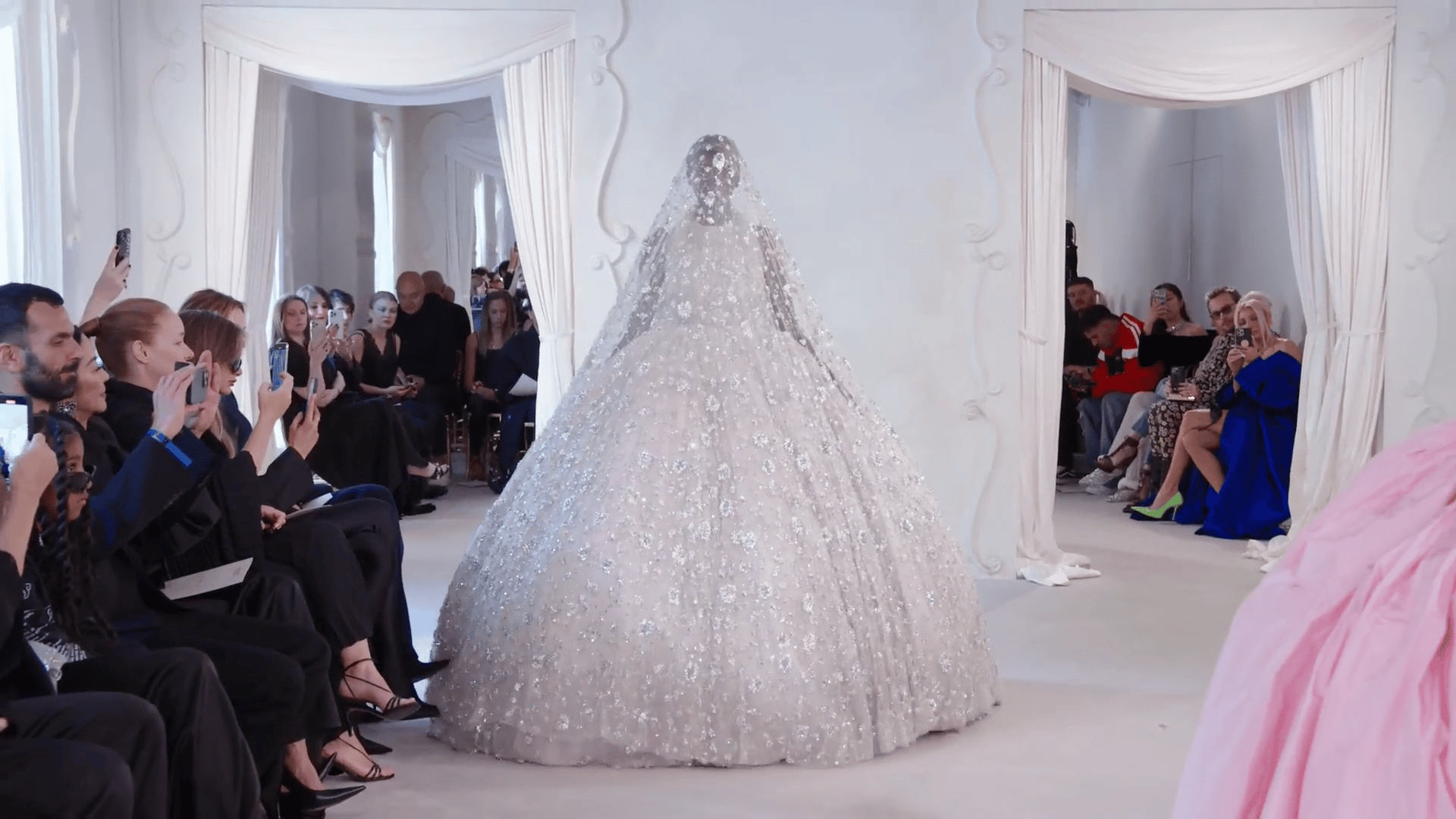 After the show, once again it is inevitable to think about the mastery with which Balenciaga manages to grab all the headlines every season. The brand, for better or for worse, leaves no one indifferent. In this matter there are two types of people. On one side, those who support that people like Kim K or Nicole Kidman walk for a high fashion brand. On the other, those who see this as a detriment to the value and the proposal of a brand with a legacy. Which side are you on?

By the way, Balenciaga has opened its first Haute Couture store in Paris. We tell you all about it here.

Rosalía headlines Acne Studios FW22 campaign
Louis Vuitton SS23: Nicolas Ghesquière presents a collection on a grand scale, literally
Heliot Emil bets everything on function and form in its new collection
And this is the sneaker of the season according to Balenciaga
Kaia Gerber launches a collection with ZARA
GmbH makes its debut on the women’s calendar in Paris
BALENCIAGA SS23: another apocalyptic scenario by Demna
OTTOLINGER SS23 : to look back is to die
Coperni closes its fashion show by creating a spray-on dress on Bella Hadid’s body
Want to go to the Balenciaga SS23 fashion show? Ask in the lost property
GAUCHERE SS23, when truly “less is more”
Welcome to Botter ‘s “Plastic Sea”