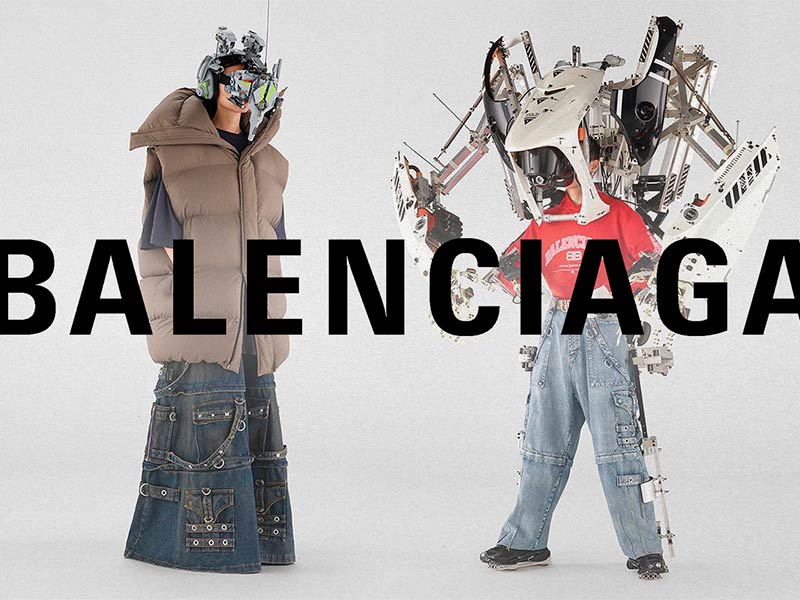 Hiroto Ikeuchi, Japanese artist, designer and model, becomes Demna Gvasalia’s best ally for Balenciaga’s latest campaign. Through a cyber-punk show, the creative director presents some of the most relevant looks. 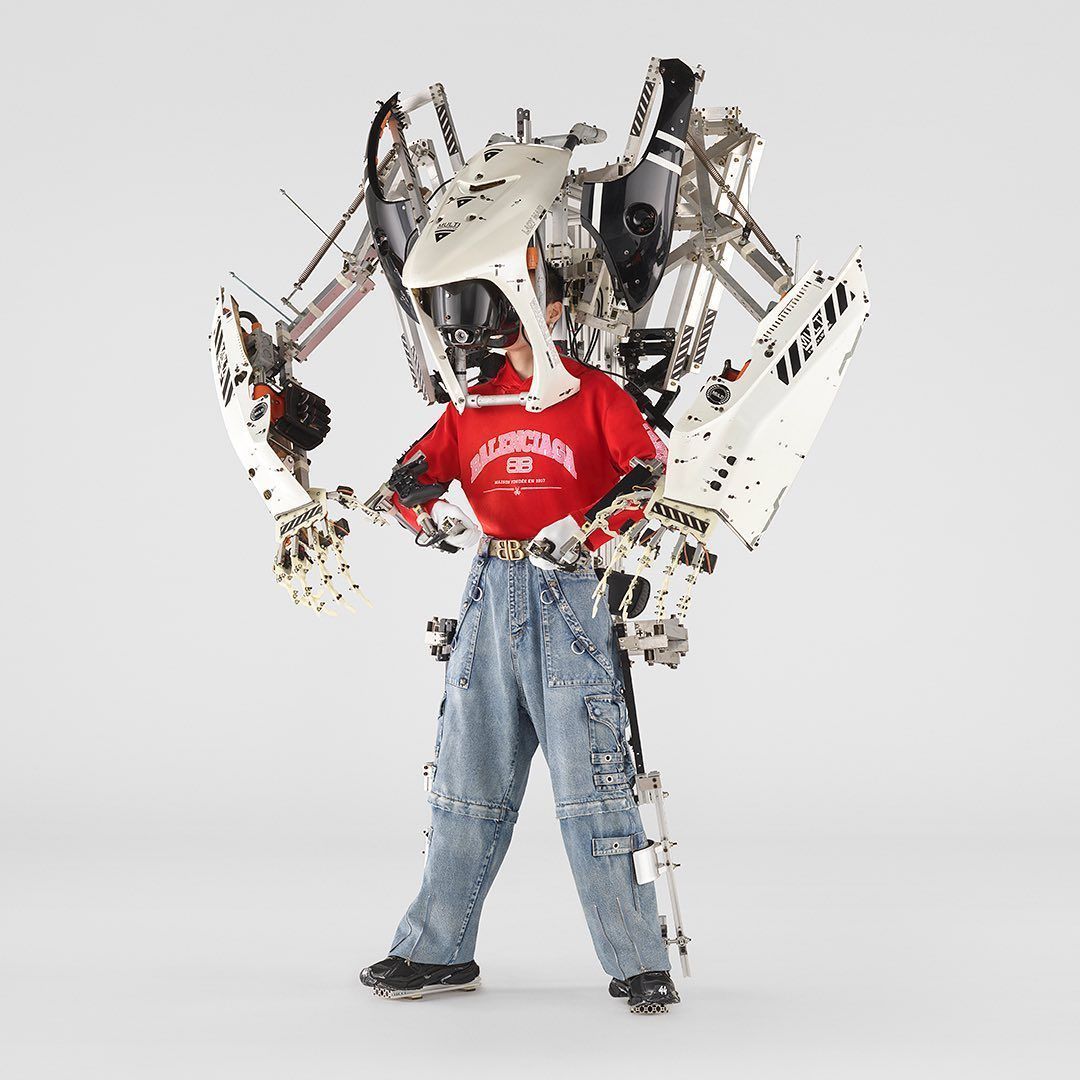 Balenciaga projects us into the future once again. And not only through his designs but also through the aesthetics of his campaigns. Thanks to Ikeuchi‘s talent, Gvasalia delves into a futuristic universe, following the discourse he presented during the FW21: Afterworld collection.

The Japanese artist has achieved worldwide recognition for his purely technological designs, combining technology and the avant-garde. Now, he leaves his mark on Balenciaga in the form of cybernetic masks, visors and armour. We even find a real skeleton that reminds us of the one that appears in the film Aliens by Ridley Scott (1986). Further evidence of the relationship between man and technology.

As has become customary, the fashion house has removed all its images from Instagram. What does this mean? Hold on your hat. New things are coming. We have entered IG and… SURPRISE! Some of the looks invaded our feed: quilted coats, oversized jeans, extra long trench coats, logos… All accompanied by the new trend imposed by Demna Gvasalia, Kanye West and Kim Kardashian: masks.

Take a look at the gallery below and don’t miss any of the details: 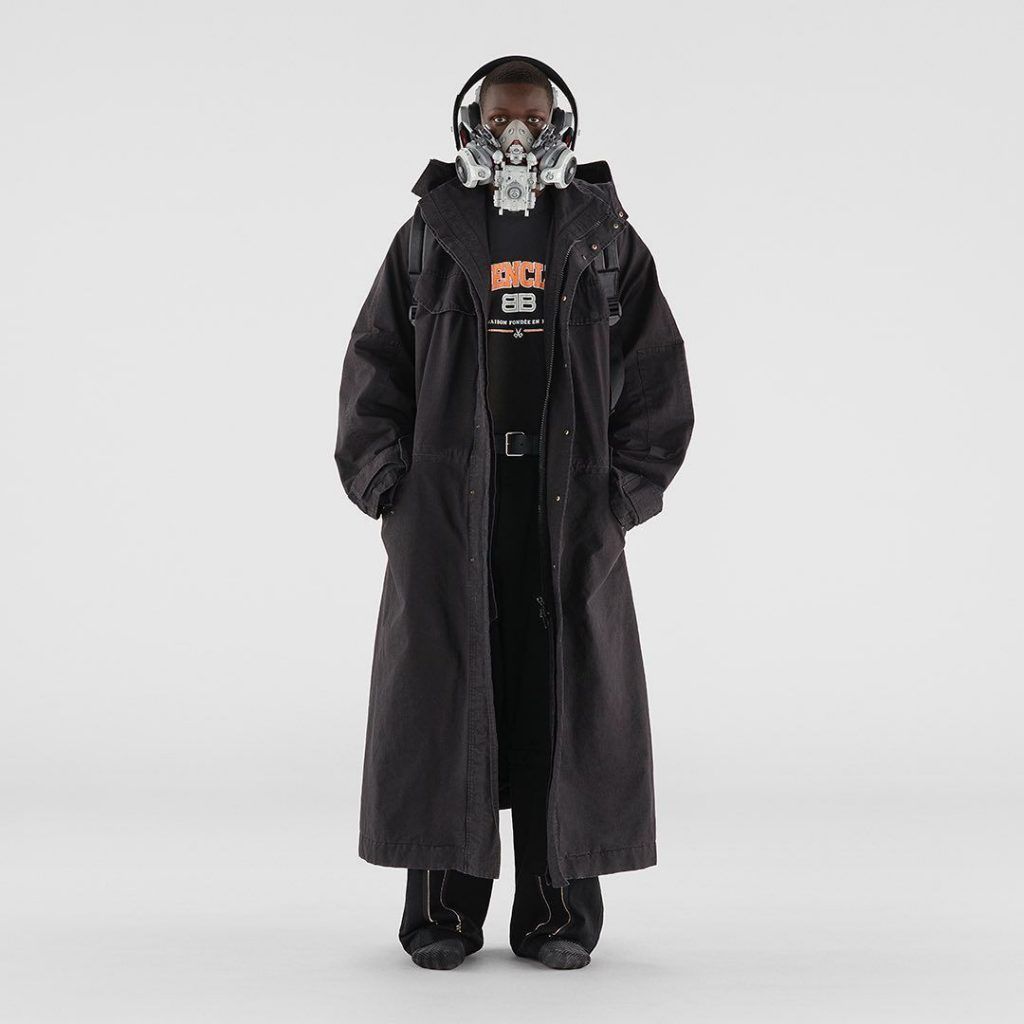 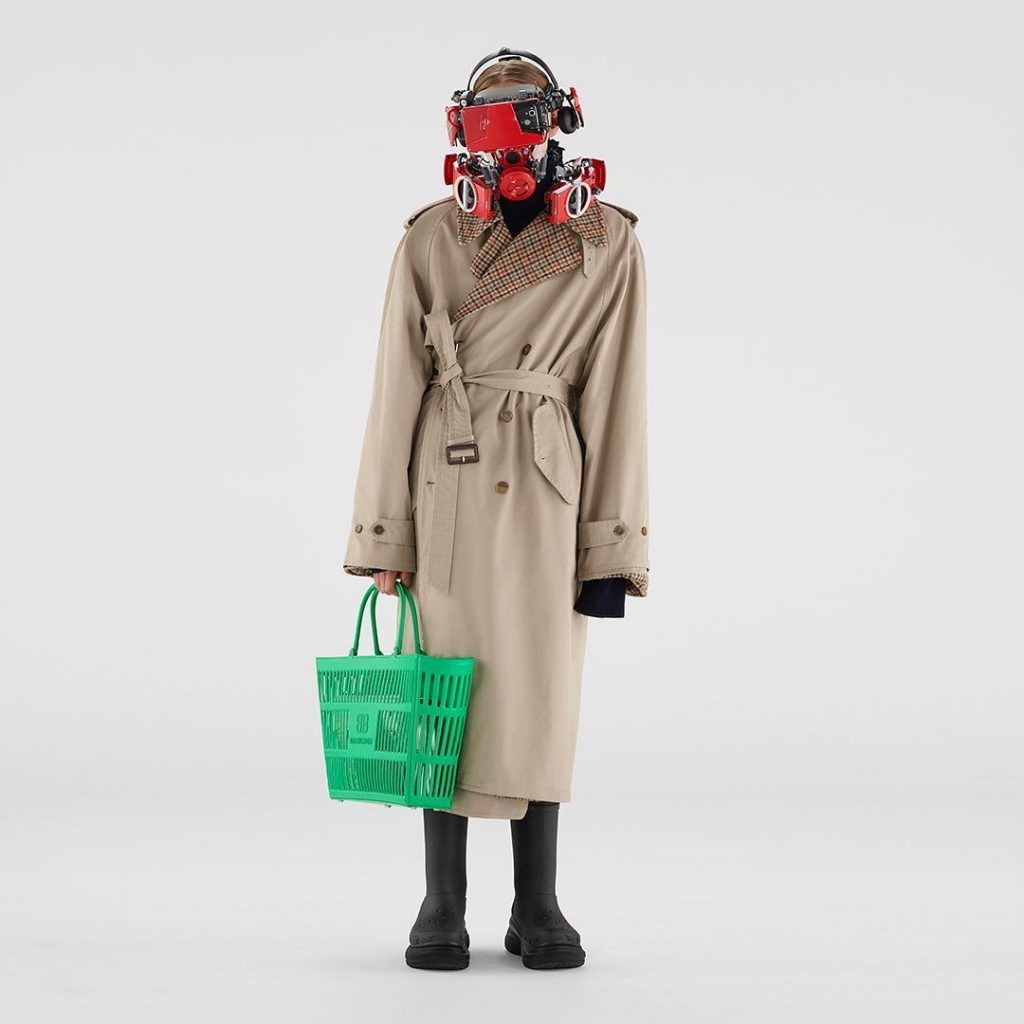 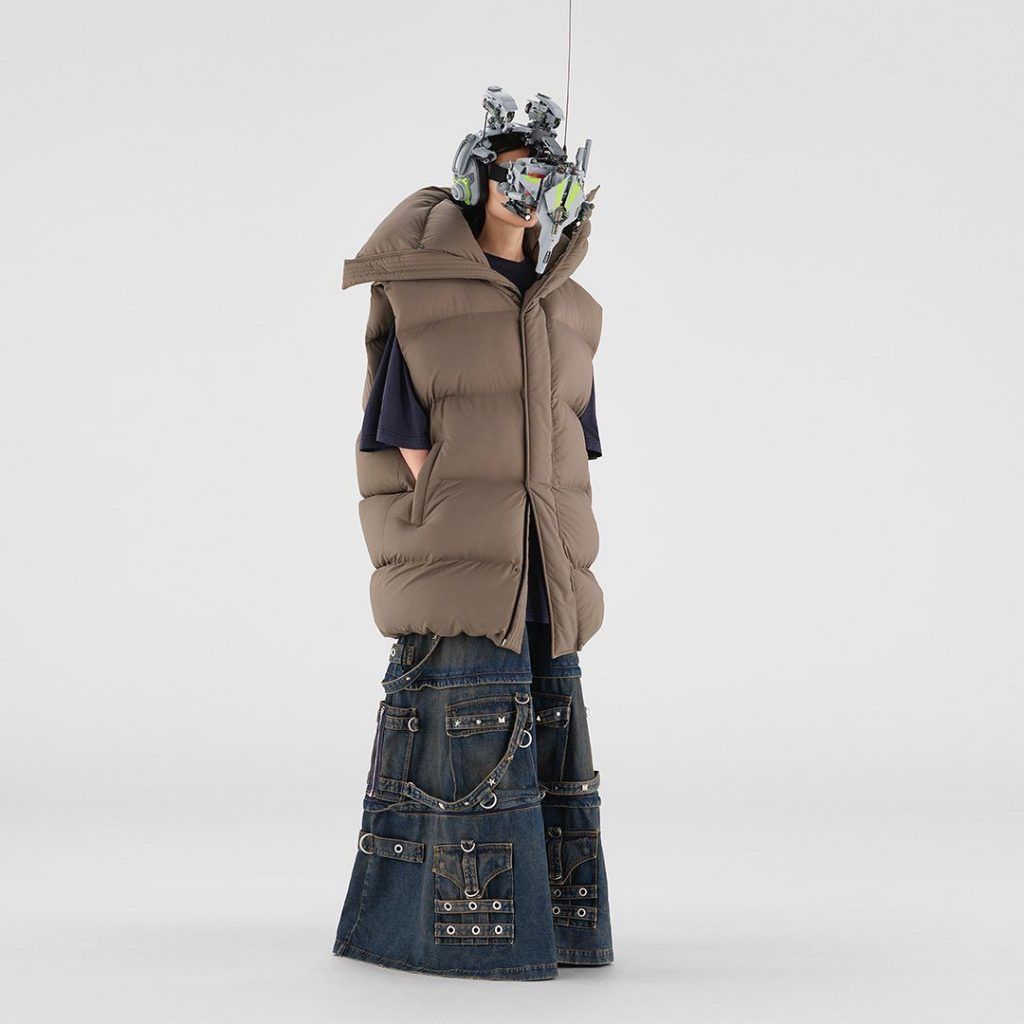 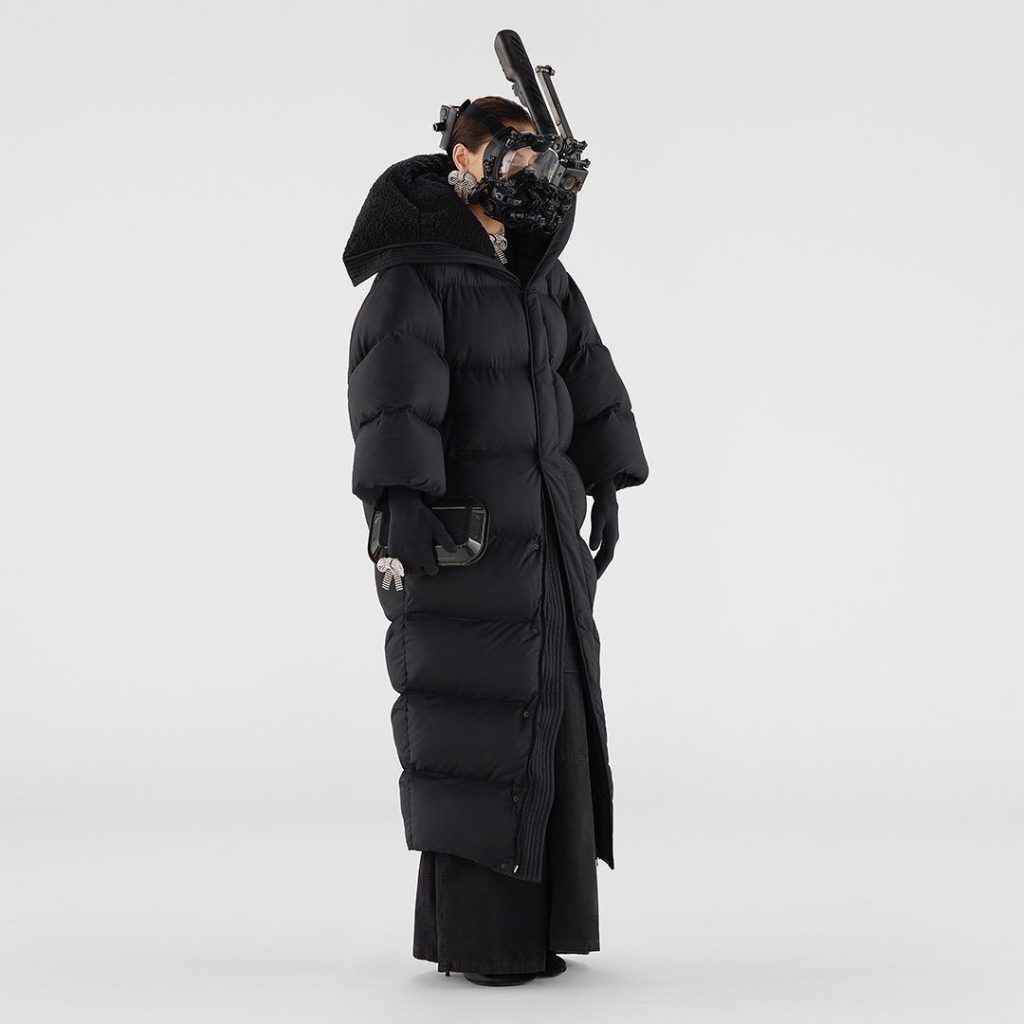 And speaking of Kim… Did you hear that the Kardashian-Jenner clan is coming back to TV?

We talk about Lana del Rey and her SHEIN look on the Variety red carpet
Balenciaga expands its digital frontiers and enters the Metaverse
Sticky M.A. releases ‘Corazón Verde’, his new album
An arty concept and an inspiring experience: this is Desigual’s new flagship store in Madrid
We take a look back at the iconic and timeless silhouettes of Dr. Martens
adidas Originals and Nathy Peluso announce exclusive concert not to be missed
Pull&Bear collaborates again with Facebook and Instagram through the mini game ‘Xmas in Hawaii’
Nathy Peluso, star of “LOVE, ALWAYS” by BIMBA Y LOLA: An ode to music and freedom
The defining fashion moments of 2021, according to Lyst
Ready for take-off: recordJet arrives in Barcelona
Tokischa bursts into Spain with her first national tour
Rihanna is officially a National Hero of Barbados