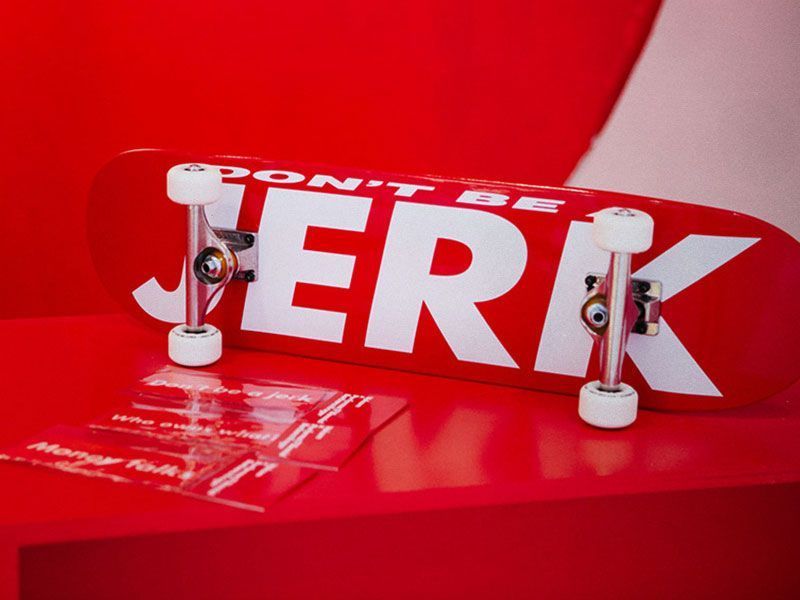 Laura Pérez ( @laurappz ) |  ‘The Drop‘ is Barbara Kruger‘s performance that fuses streetwear and consumer philosophy in a single concept-artwork. Set in the NY underground – through a line of sight and publicity – it became the new form of social criticism by the artist from whom Supreme stole the identity. 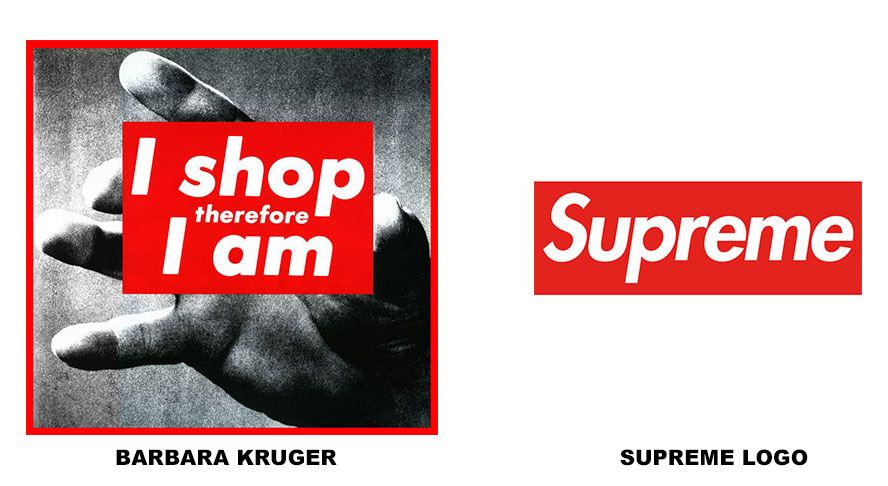 The ‘I shop therefore I am‘ as a philosophical current of the post-internet and activewear era, has been materialized in The Drop: Barbara Kruger’s performance, or the art of social criticism by the artist herself. His artistic and philosophical interpretation of reality was installed in a skatepark on the Lower East Side, and on a school bus…. In both cases with emblems printed on their iconic aesthetics of black and white photographs, and juxtaposition of white letters on a red background. 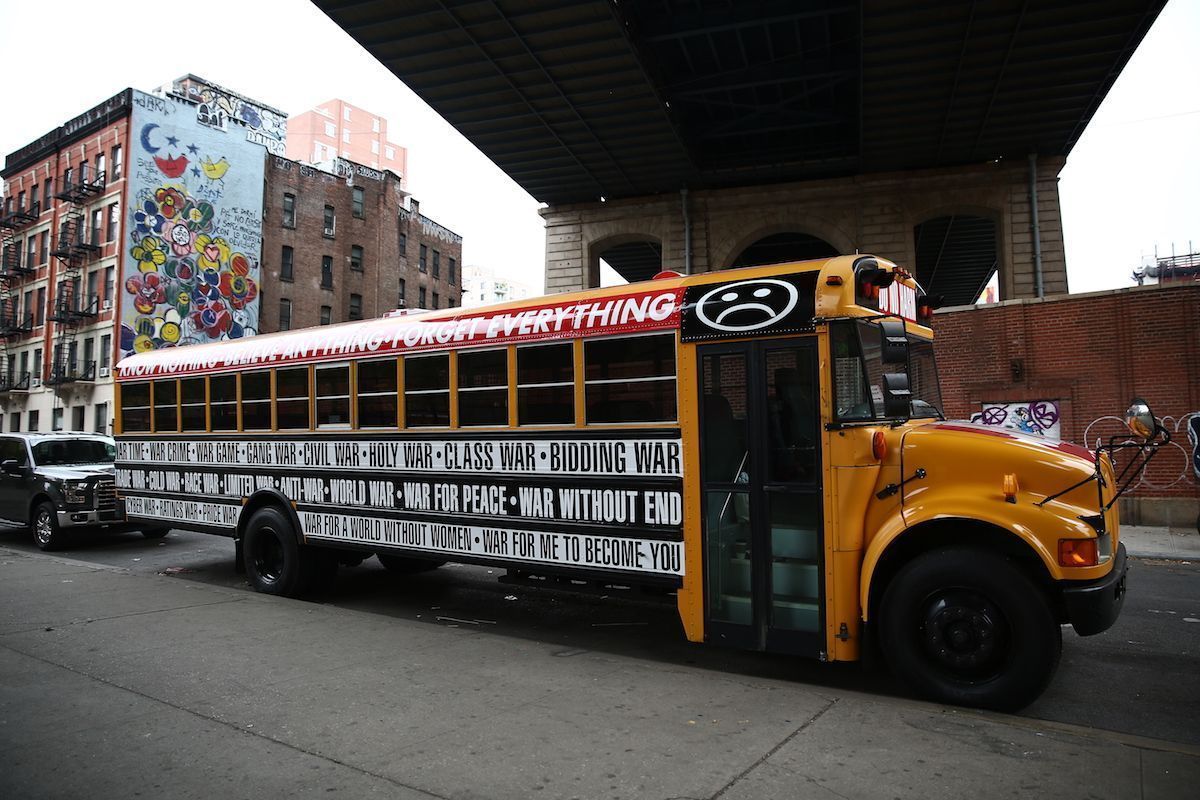 Among the Krugerisms were some such as’ Holy War” Class War’ or’ Bidding War’, which reflected the visual advertising language and subversion of consumer society iconography. The result of the provocation of art; because if the artist does not provoke, it is that he has nothing to say and transmit.

As part of the performance, 50,000 limited-edition metrocards were launched, randomly distributed on vending machines at four stations in New York City (despair for those who could not travel due to the fake cards). The simile was that Supreme had already launched its own MetroCard earlier this year. Here the question… What was Kruger or Supreme before? 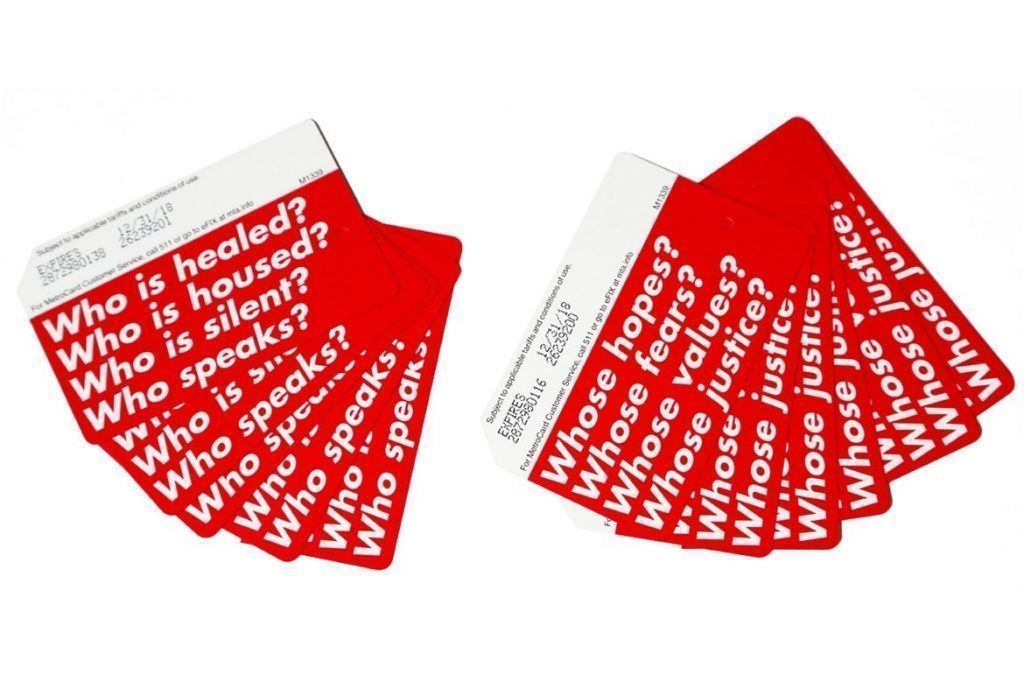 The installation of a pop-up in Soho was also part of Kruger’s specific work for the Performa Biennial during the first three weeks of November. Volcom x Performa 17 Biennial‘ or Kruger x Volcom became the most important collab in post-modern history. Designs of beanies, t-shirts, hoodies and exclusive stickers with phrases of the artist as’ Want it, buy it, forget it‘. Skates screaming a ‘Don’t be a jerk‘ and T-shirts questioning: Whose hope is it? Whose fear is it? Whose values are they? Whose justice is it? That’s the question. 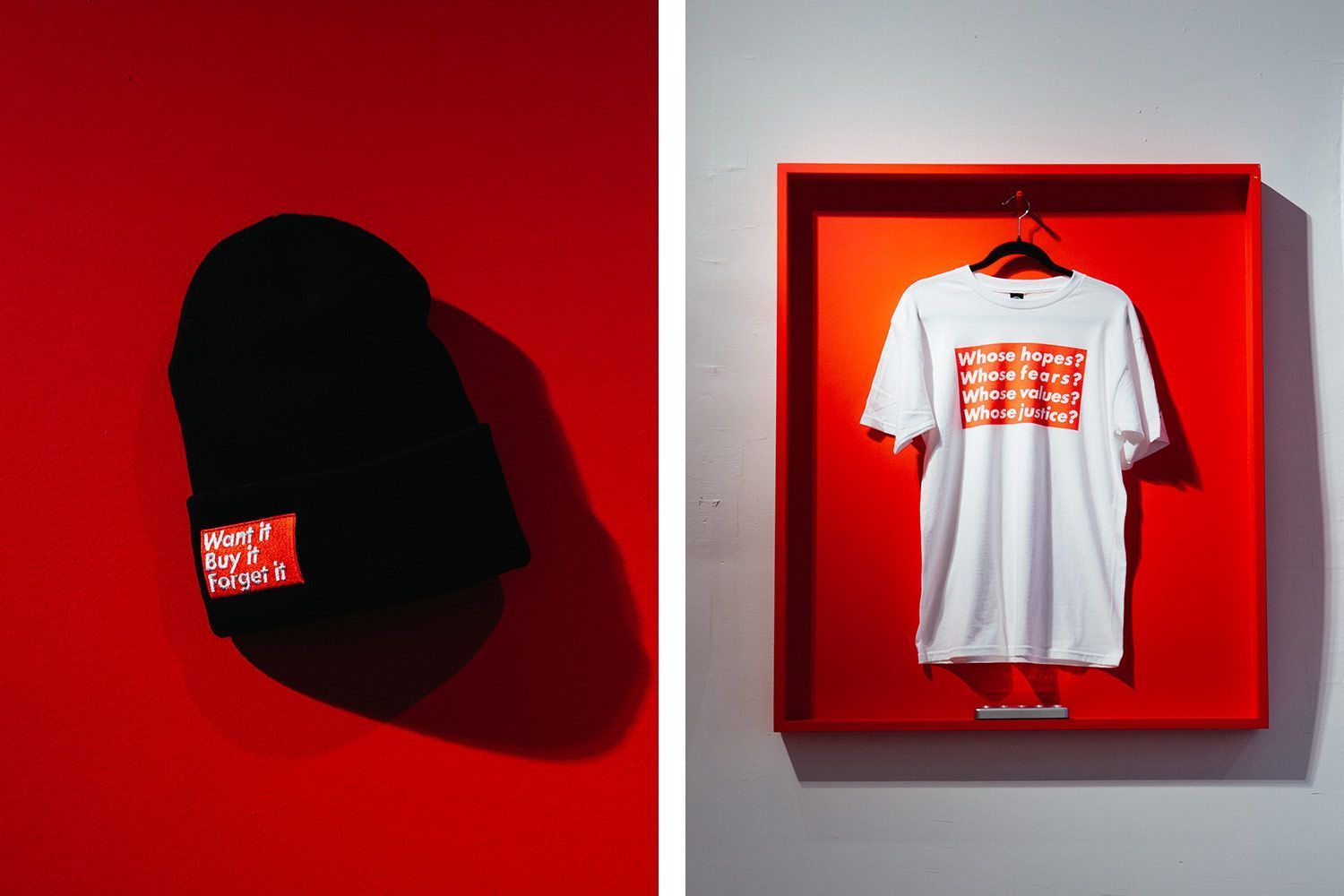 The elements were framed in the shop as pieces of art from the most underground avant-garde, street and skate. The result? a queue similar to Supreme’s drops, even if nobody really knew who was behind the pop-up. 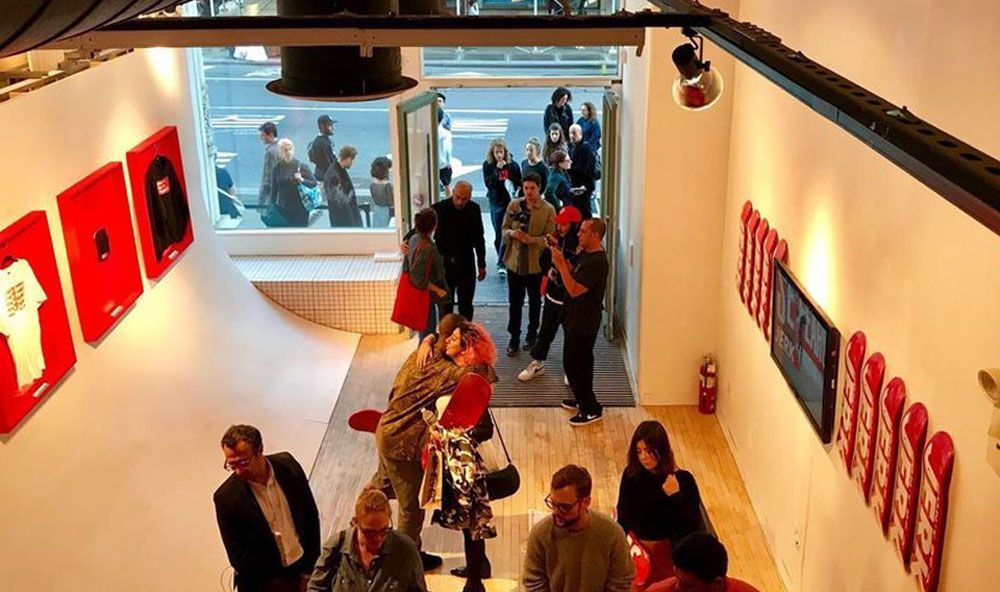 The purpose of the work is a critique of consumerism and addiction to high class streetwear. The bubble from which we can’t see any further, the consumption of buying and throwing away, of waiting days in the shop to catch the new sneakers of LV and Supreme. But it is also the criticism of appropriation of Brabra’s idea that Supreme has made it his own. That text signature with Futura Bold in white with a red background, and all the ideas behind it, were stolen by the streetwear scene reference.

Because the rise of urban culture with Supreme has implicitly led to selling an exclusivity that traps us, by the fact of wanting to be part of that limited crew and appear a power and wealth nonexistent. Open your eyes.

HIGHXTAR. x Dose x Jedet | A new stage
Paris Hilton and Kim Kardashian for the new SKIMS campaign
The Nike Air Force 1 through the ALYX vision
The vibrant aesthetics of Sunnei SS21
Louis Vuitton x NBA, winning the fashion game
The cool kids of Christian Dior Atelier
Supreme x Nike Air Max Plus | Gabber essence
Balenciaga SS21: a journey to the end of the world
Kenzo Takada dies at the age of 81 due to Coronavirus
Matthew Williams’ advertising debut for Givenchy
The new masculinity of Fear of God x Ermenegildo Zegna
No Vacancy Inn x Stüssy, back to the 80’s with A$AP Nast