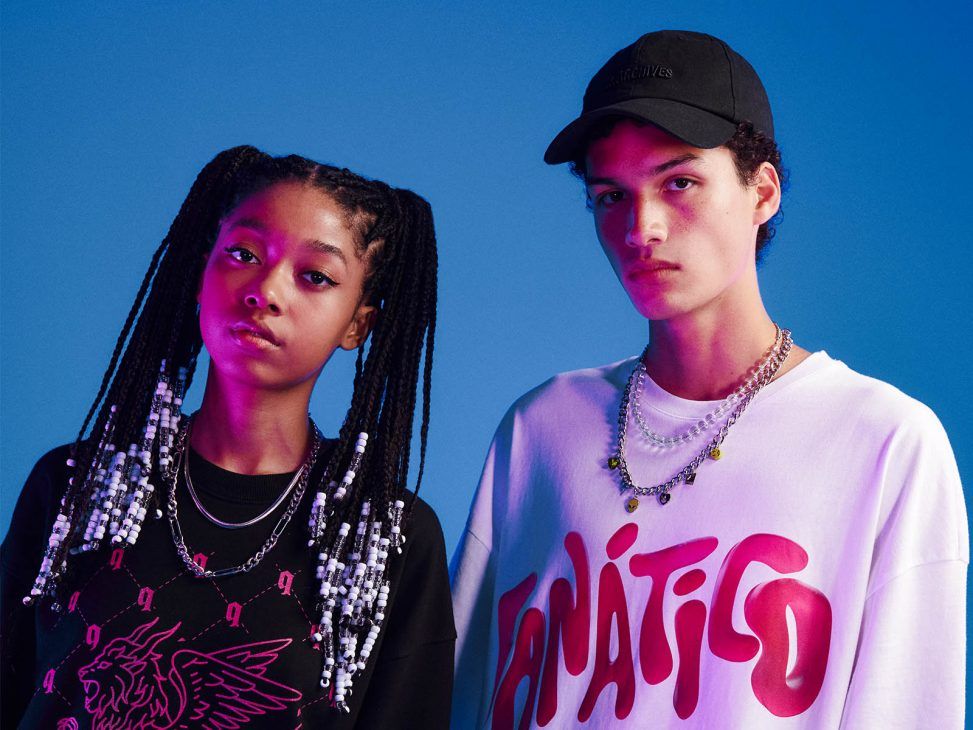 How far would you go to have the same life as your musical idol? Bershka presents the new official clothing collection of FANÁTICO, the new Spanish series starring actor, singer and songwriter Lorenzo Ferro that has already premiered on Netflix worldwide. 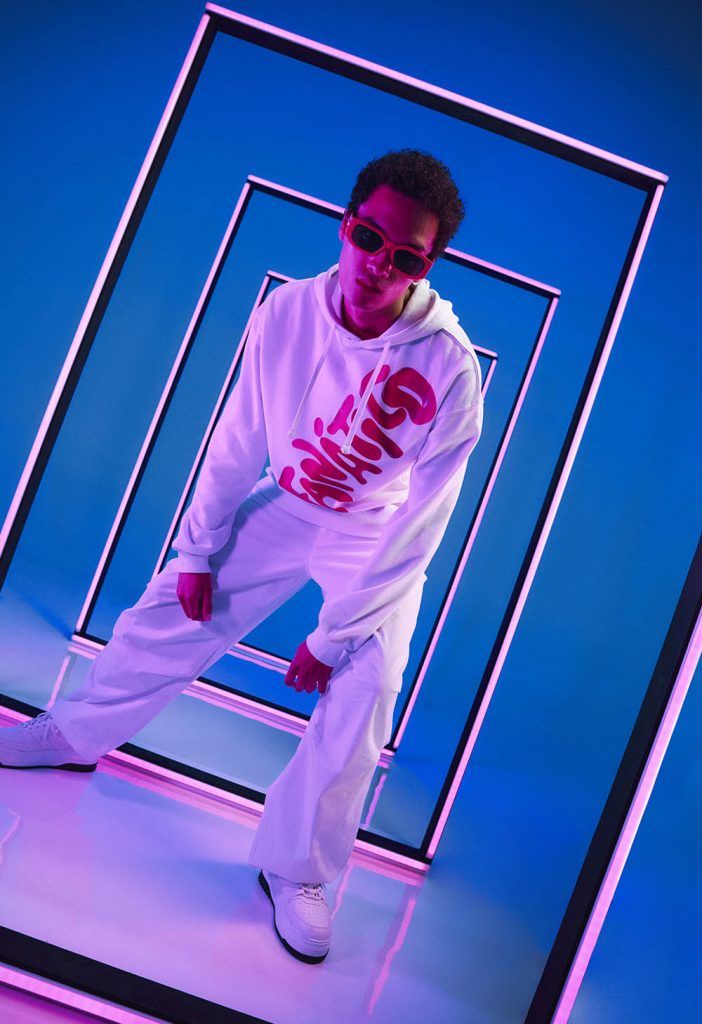 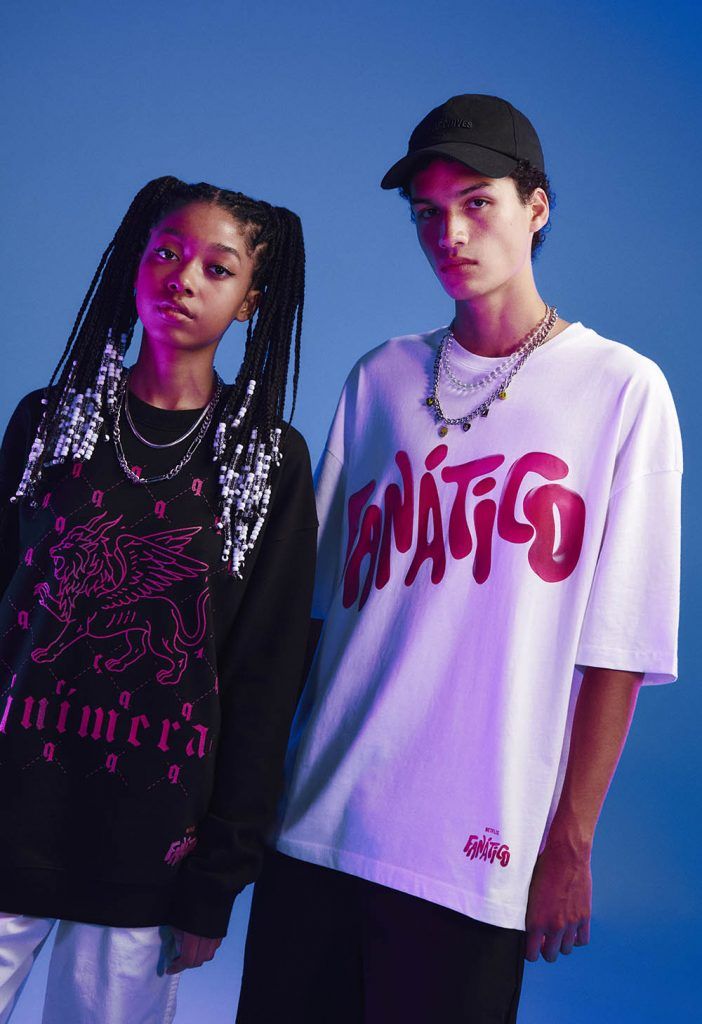 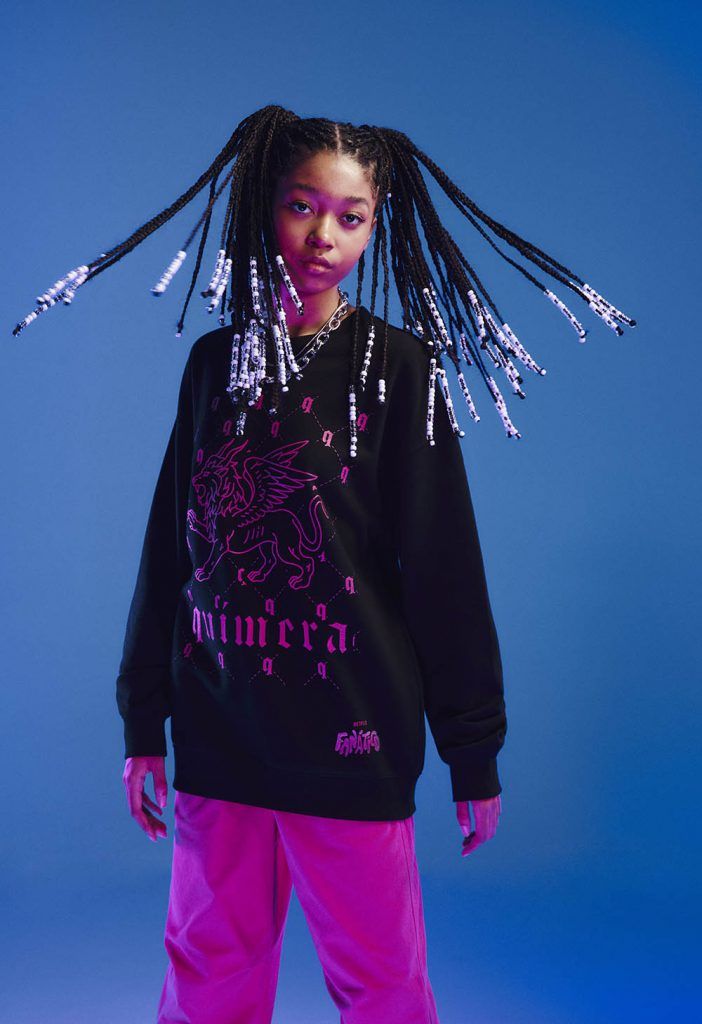 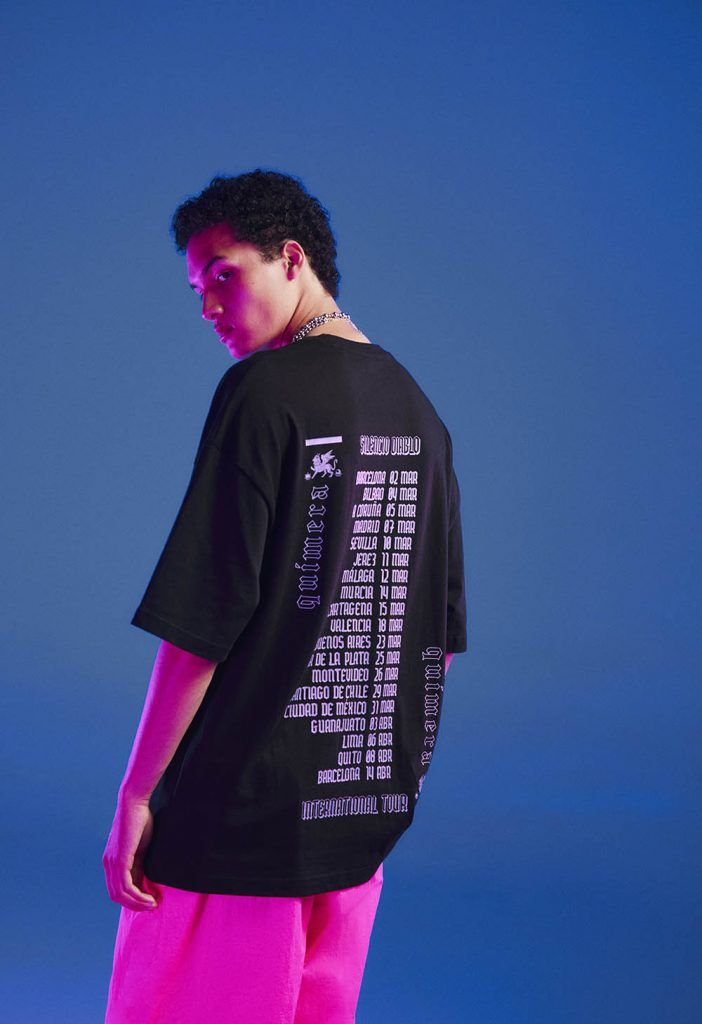 The new FANATICO x Bershka capsule collection is inspired by the main character’s looks and consists of hooded and hoodless hoodies and several models of short-sleeved T-shirts. The base colours of the garments are black and white with positional prints of some elements and texts of the series such as the tour dates of Quimera, the official logo and the name of the main character, or the official branding of the new Netflix series.

The story follows the life of Quimera, Spain’s most famous trap singer who dies suddenly while giving one of his concerts. After the event, Lázaro, a food delivery man who is also one of his biggest fans, finds himself with the opportunity to impersonate the artist’s life with the help of social networks and his agents who are not willing to lose all the money invested in the star’s world tour.

Playing the two versions of Chimera (Salva and Lázaro) is Lorenzo Ferro. The musician Dollar Selmouni is Pompa, Salva’s best friend. Actress Carlota Urdiales plays the role of Mia, the partner of the recently deceased. Also in the cast are Eva Almeida, playing Clara, and Fernando Valdivieso as Héctor.

The soundtrack for the series features great artists from the Spanish urban scene such as Bad Gyal, Amaia, Albany and Leïti Sène. In addition, the new production features Alizz as composer and producer of the songs “¿Qué hice?” and “Diablos y rebelión” with Lorenzo Ferro. 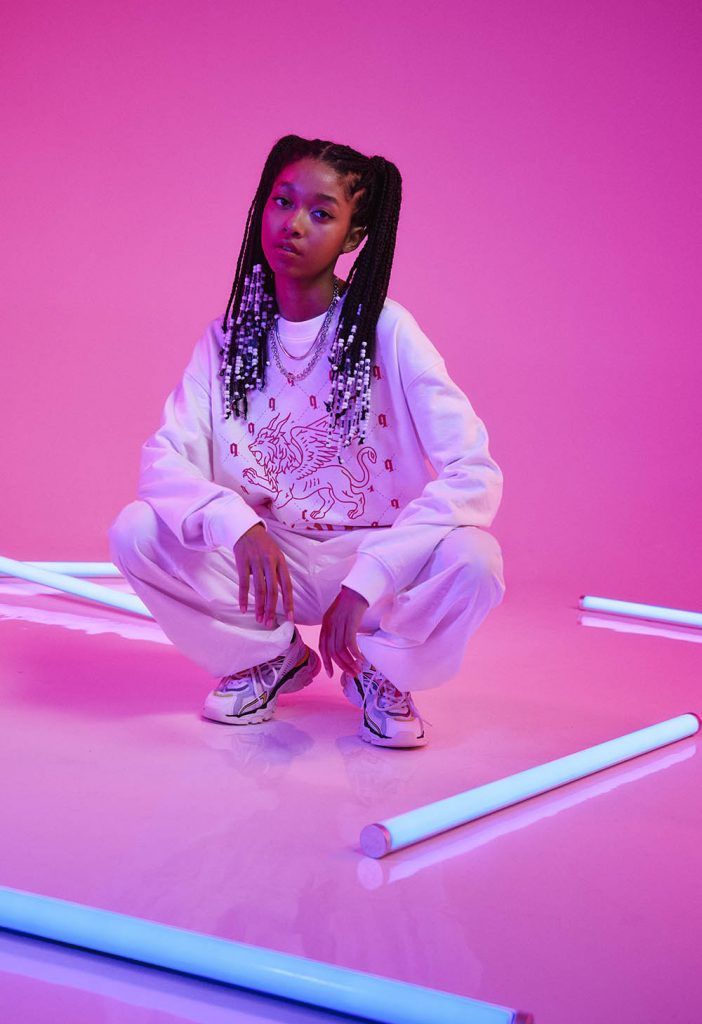 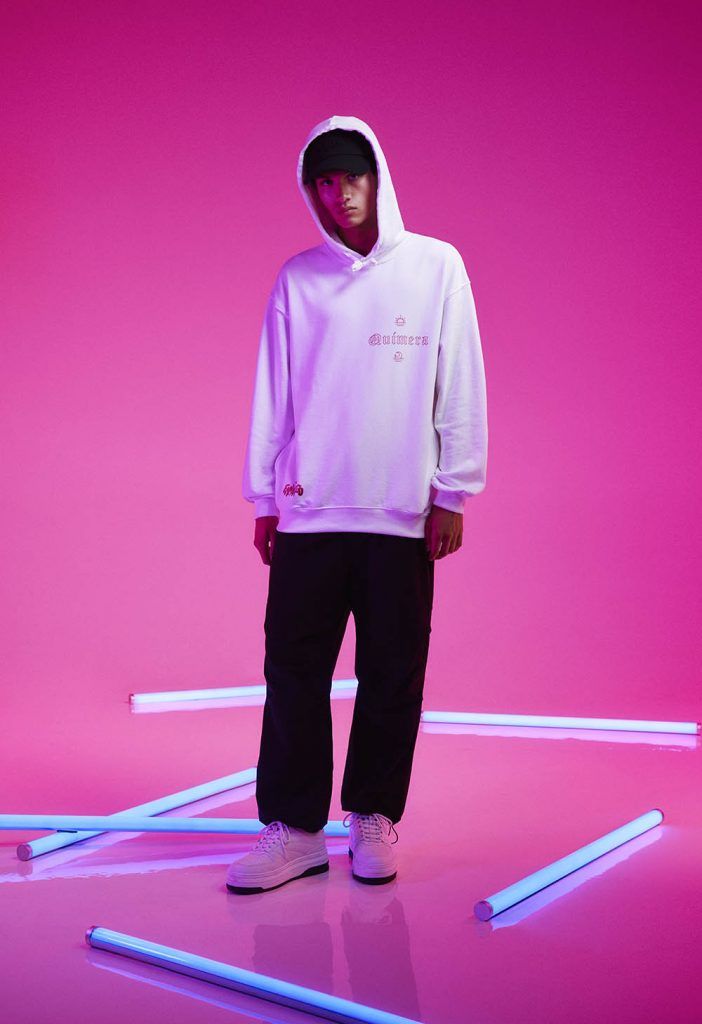 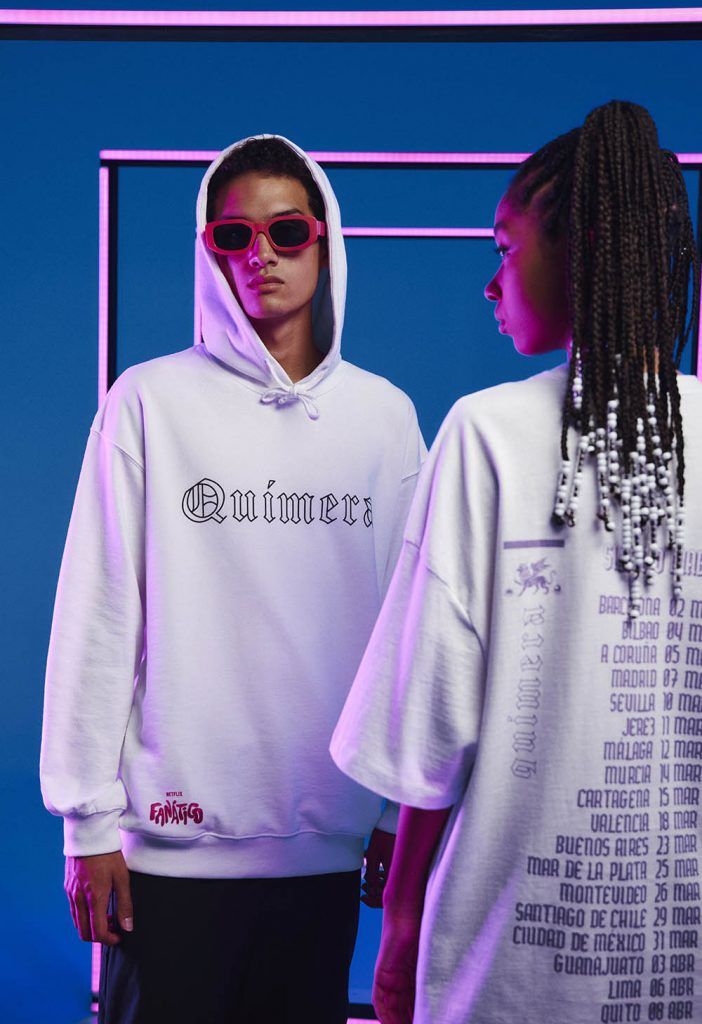 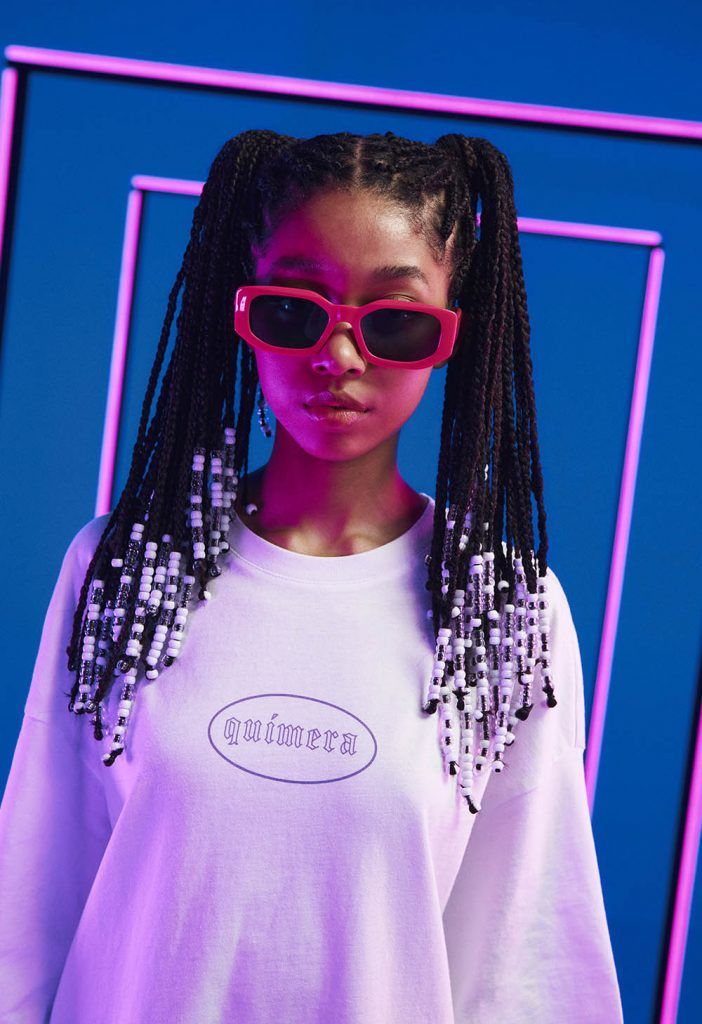 You can now get your favourite FANÁTICO by Bershka items exclusively at www.bershka.com and through their official app.

Now… Why don’t you take a look at the interview we did with Fernando Valdivieso and Dollar Selmouni?