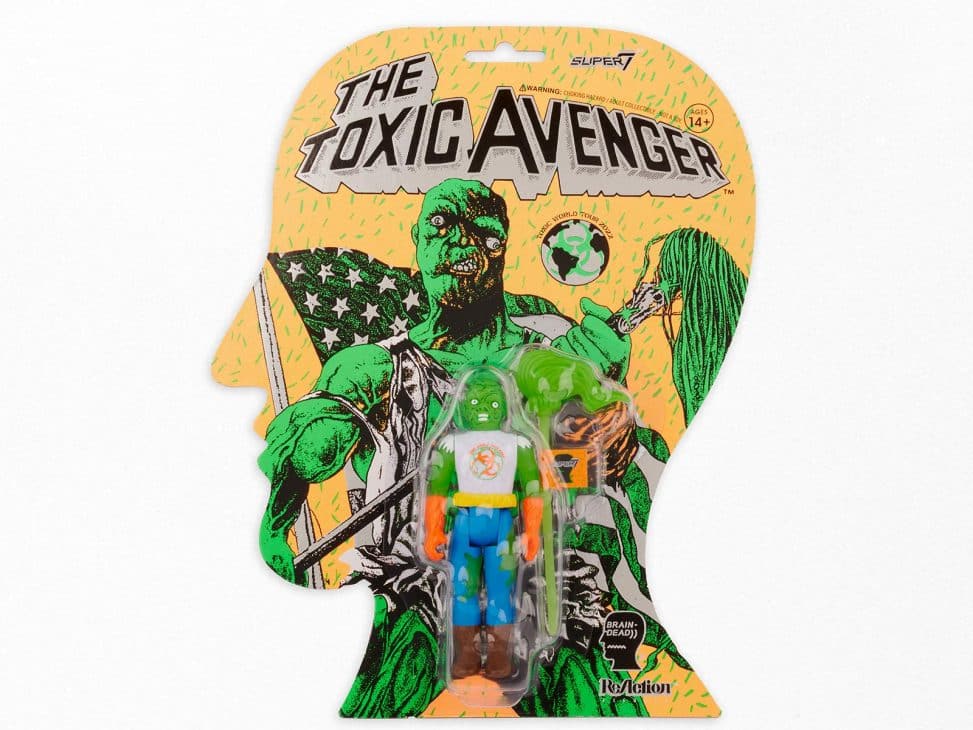 Founded in San Francisco in 2001 and led by designer Brian Flynn, Super7 is a company that Brain Dead long admired for their ability to bring characters to life for fans across the world. Inspired by “science fiction, giant monsters, comic books, punk rock, skateboarding, robots and rebellion”. 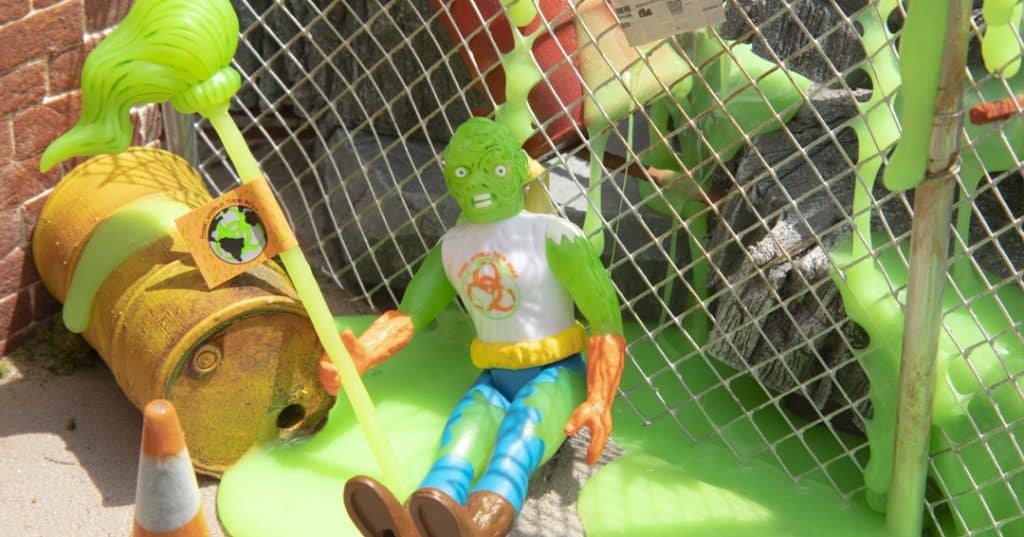 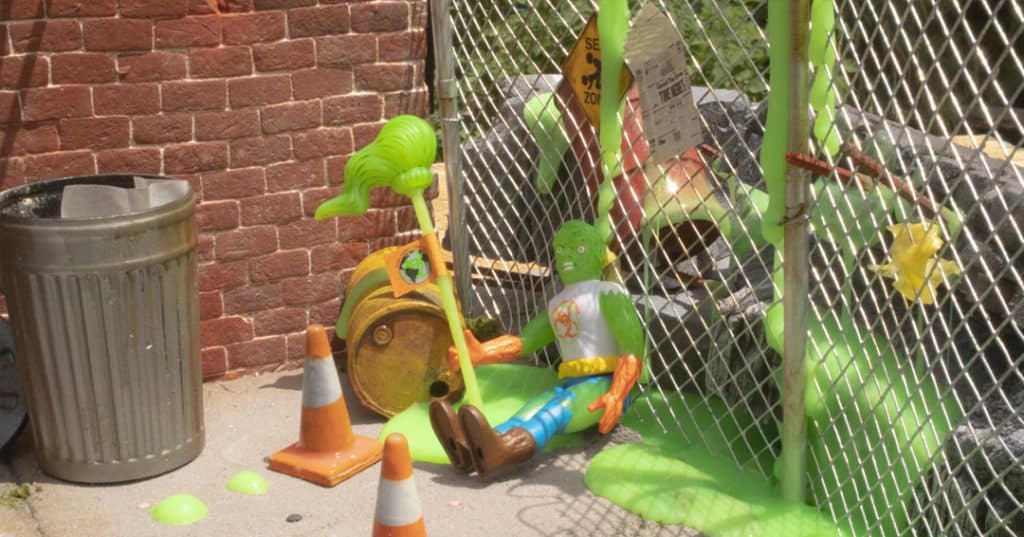 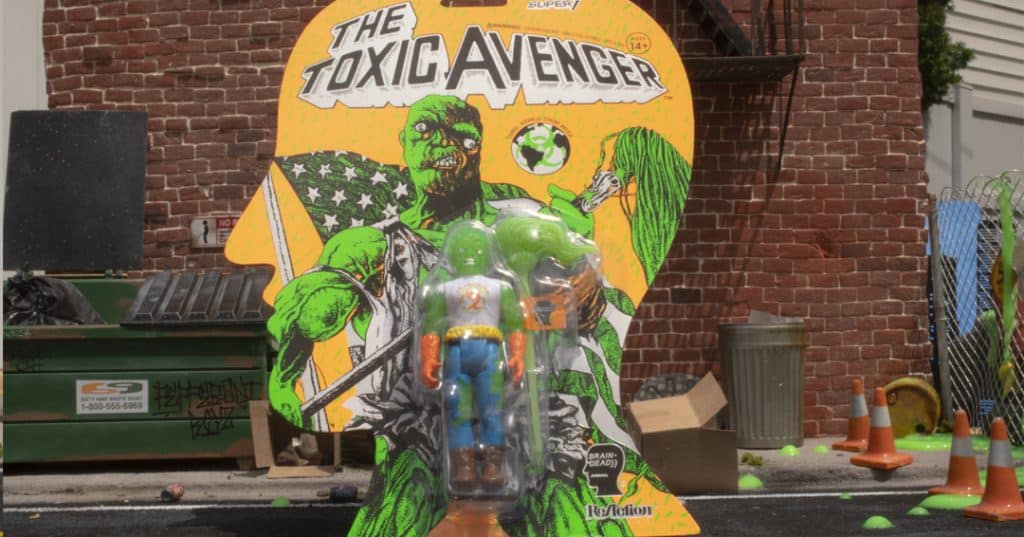 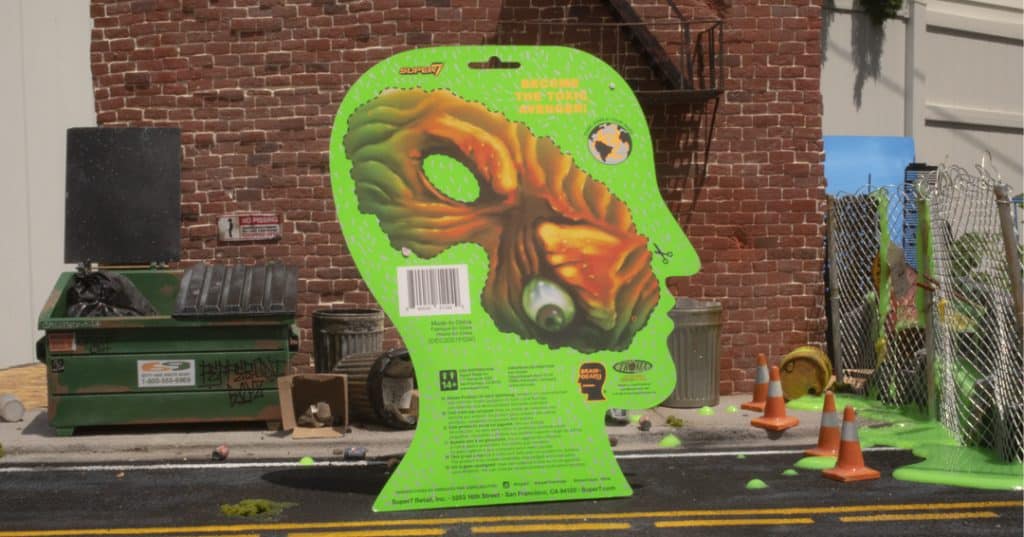 Brain Dead and Super7 naturally intertwined through their shared interests and category breaking approach to manufacturing. AKA Making a whole bunch of stuff. Speaking of, they’re excited to cross ReAction Figure off the list, especially in the style of the Toxic Avenger. Full of goopy radioactive fun with a cult film following Toxic Avenger is one to be remembered.

It has been five years since Super7‘s first Toxic Avenger figure, so it’s only fitting to celebrate this anniversary with a reimagined and updated take on the beloved anti-hero. This glow-in-the-dark 3.75″ scale Toxic ReAction Figure comes fitted with a Super7 x Brain Dead t-shirt and includes a glow-in-the-dark mop with Brain Dead x Super7 flag.

The Toxic ReAction figure is available now on wearebraindead.com and all retailers worldwide.