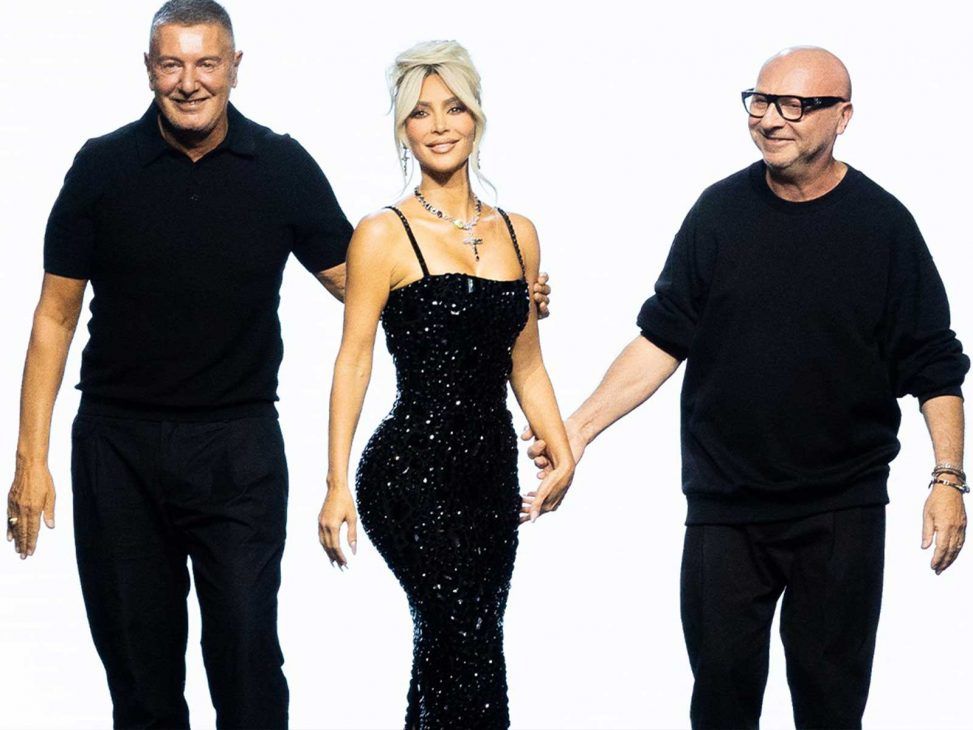 Dolce & Gabbana turned to Kim Kardashian to co-design its SS23 collection presented during Milan Fashion Week. A creative alliance with which Stefano Gabanna and Domenico Dolce intend to resurrect the brand that faded from the collective fashion imagination because of a past full of scandals associated with racism and homophobia. 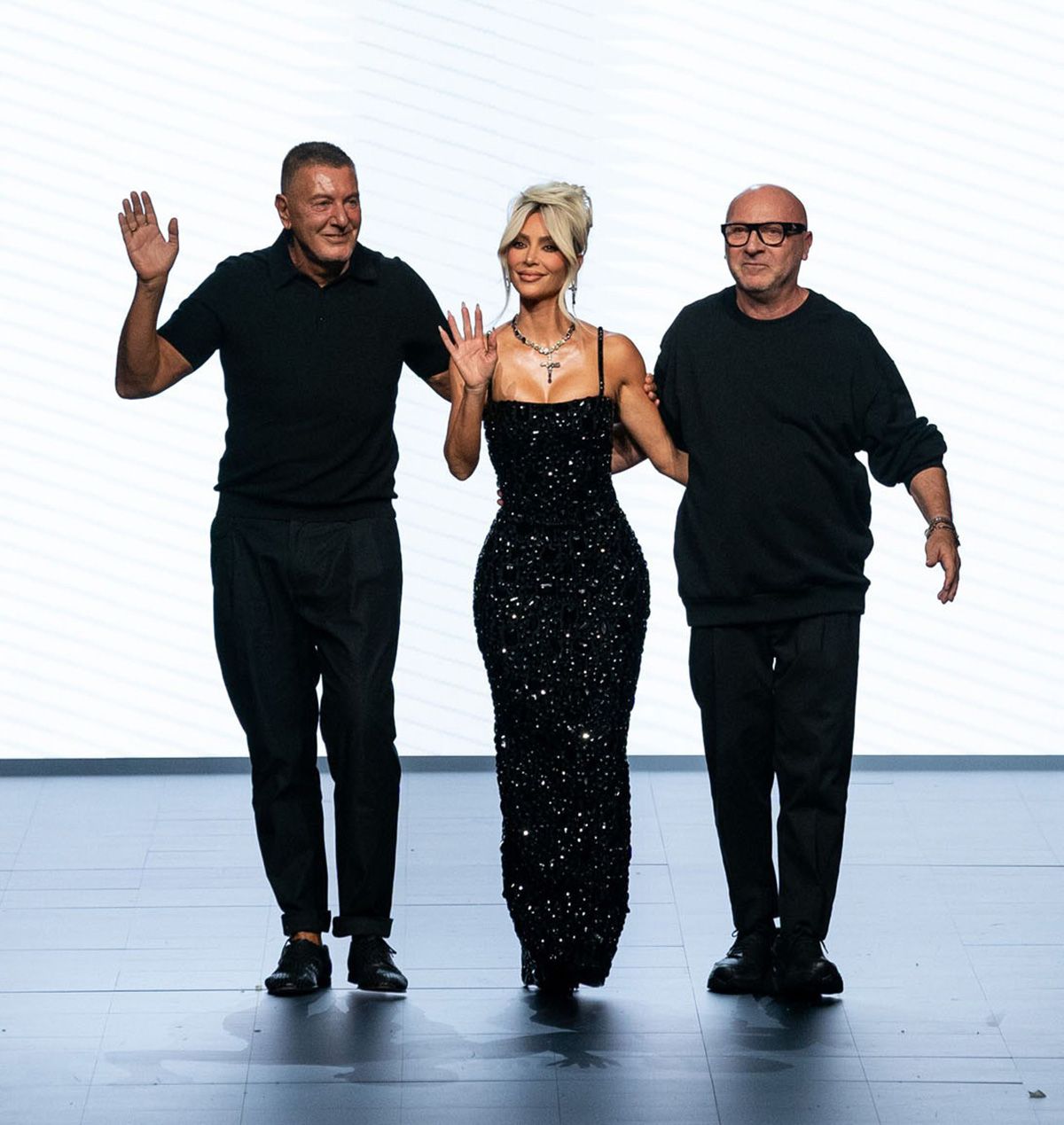 The creative directors of the Italian brand want to shed light on the dark past that led to their cancellation by the industry. In the midst of that quest for rebirth, the reality star confirmed that the designers contacted her after learning that she owned a number of archival pieces that even they didn’t have.

A PAST FULL OF SCANDALS

After all, considering that everything the Kardashian-Jenner family touches turns to gold, they may actually get the expected effect with this partnership activated a few years after D&G came under fire for its problematic and racist campaign video in 2018. A clip showed an unidentified Chinese model attempting to eat oversized Italian food with chopsticks. In the background, a voiceover appeared to taunt her with phrases such as, “is it too big for you?”. 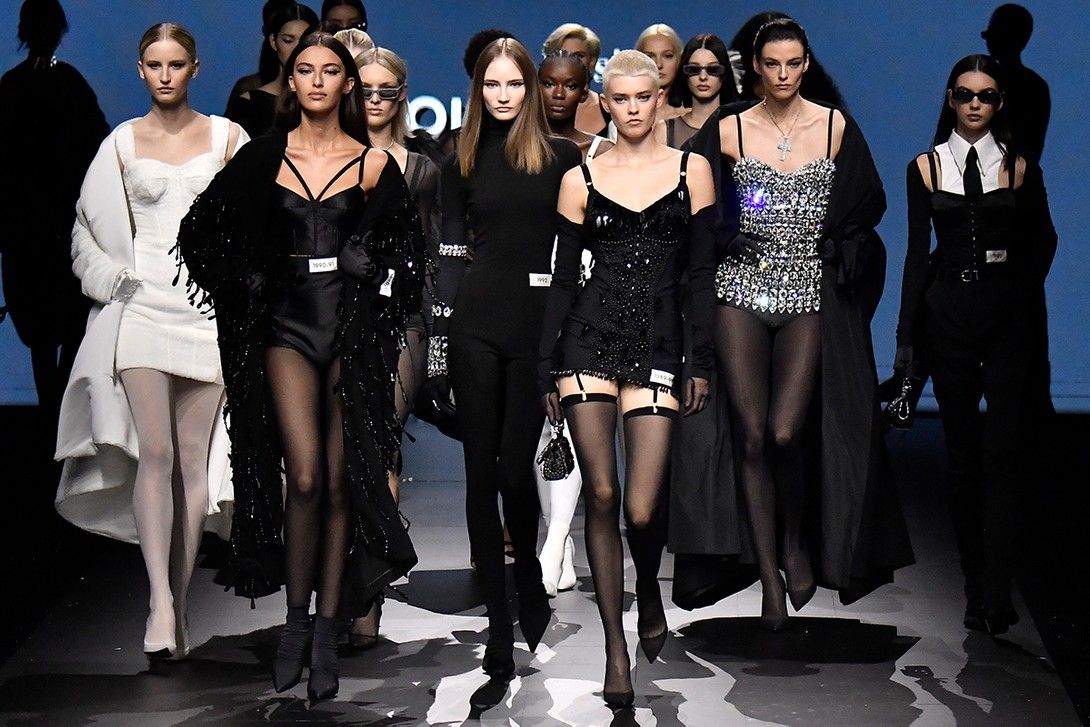 The publication of this content sparked a huge wave of criticism on the Internet, especially from the Chinese community that reacted against the brand for its cultural insensitivity. This endless controversy led to the collective cancellation, following other controversial episodes involving the creative duo with comments such as Domenico’s comment that “children born to homosexual couples through fertility treatment were “synthetic”.

Now, in this new teaser clip for “CIAO KIM,” parallels can be drawn with the 2018 announcement. In it, Kim is shown eating a plate of pasta with a fork. And, despite the fact that it’s with a fork instead of chopsticks, both the theme and the setting are reminiscent of that same campaign that led them into the media abyss. 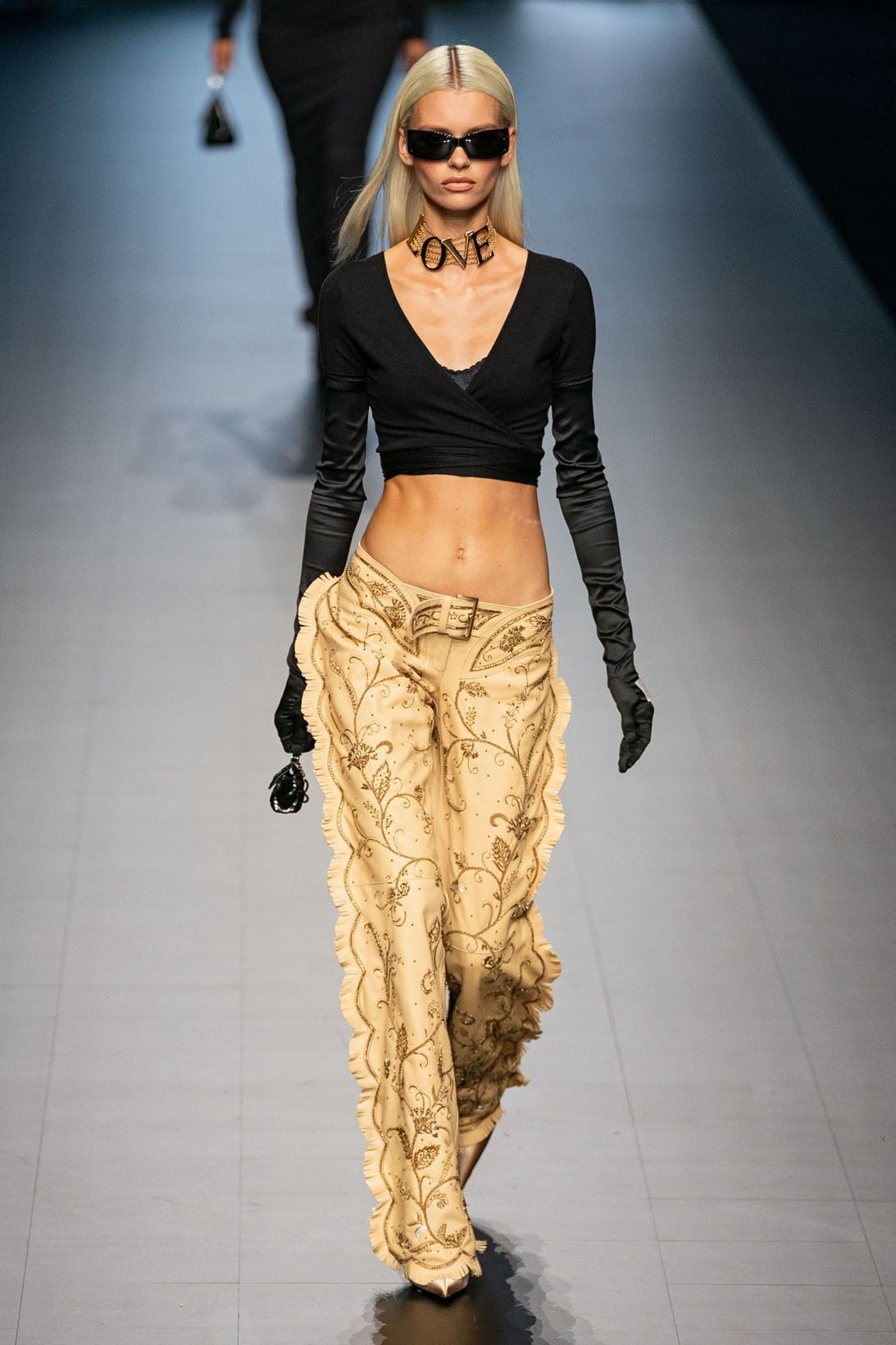 The Italian luxury house intends to rebrand its legacy and heritage with the Kardahian-Jenner clan. In fact, its enigmatic influence has already had a great effect on the wedding of Kourtney and Travis Barker, where the whole family was dressed in the brand as if it were a kind of branded-wedding. D&G then climbed to the 15th “hottest” brand in the Lyst index for the second quarter of the year.

Putting the focus on the new collection itself, Kim this time took on the role of curator and/or collector through a selection of archival pieces from 1987 to 2007 that were subsequently redesigned for the runway. Each of these looks was inscribed with the year of the garments’ creation while provoking their Y2K effect to make them even more desirable. 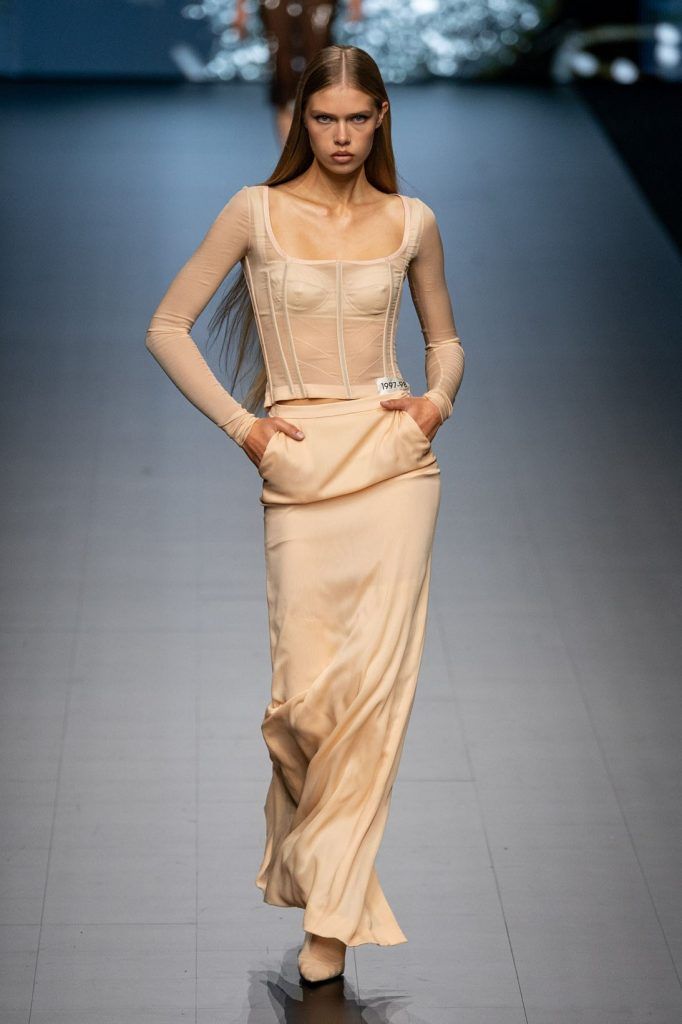 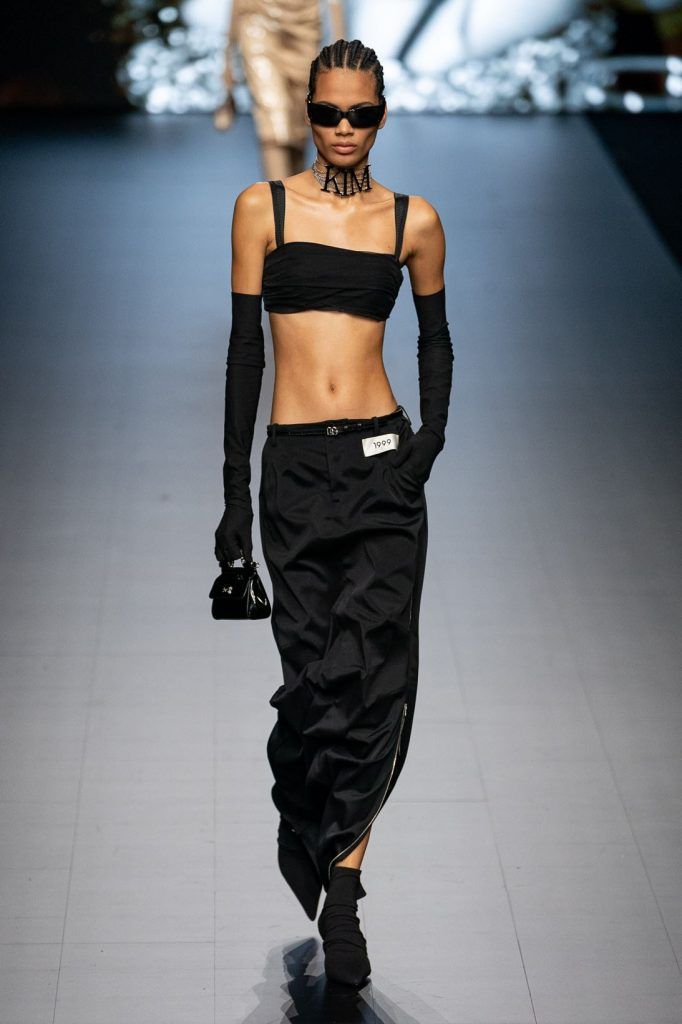 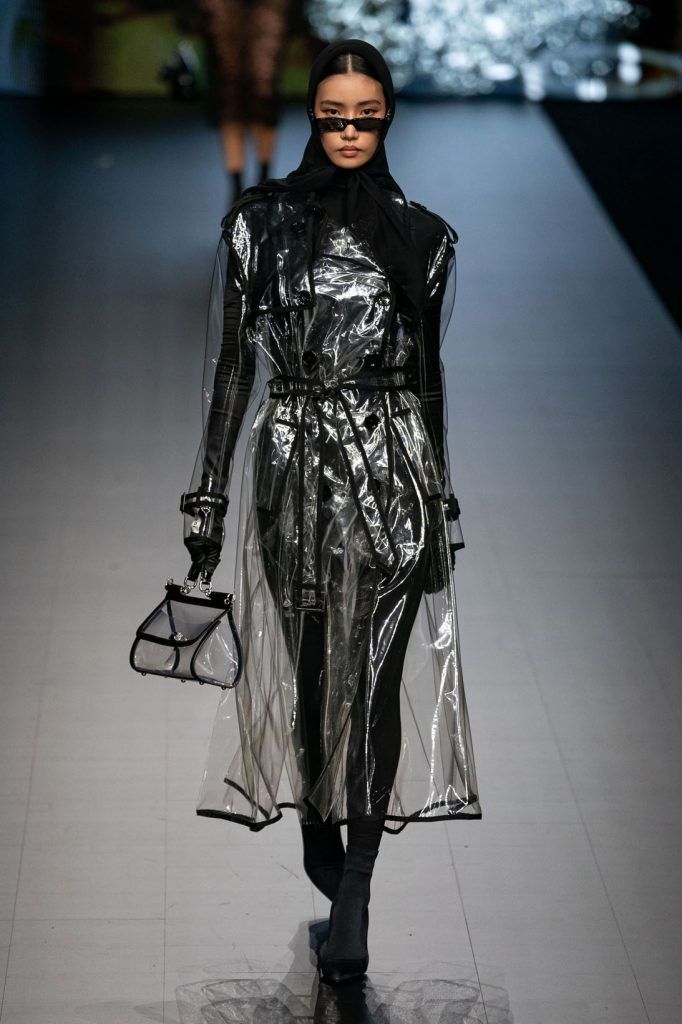 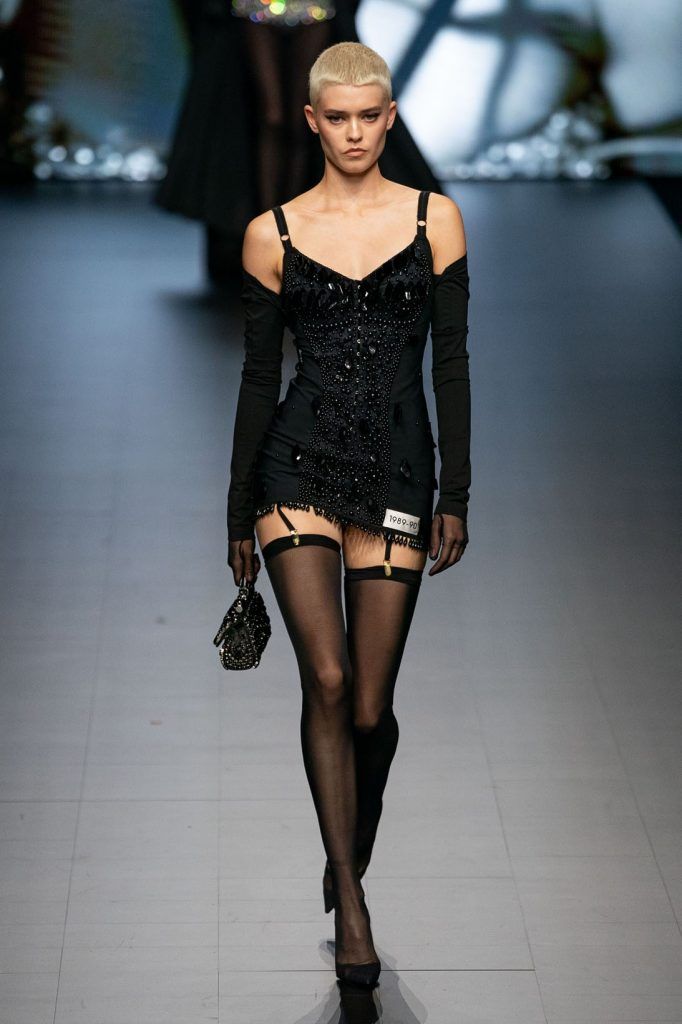 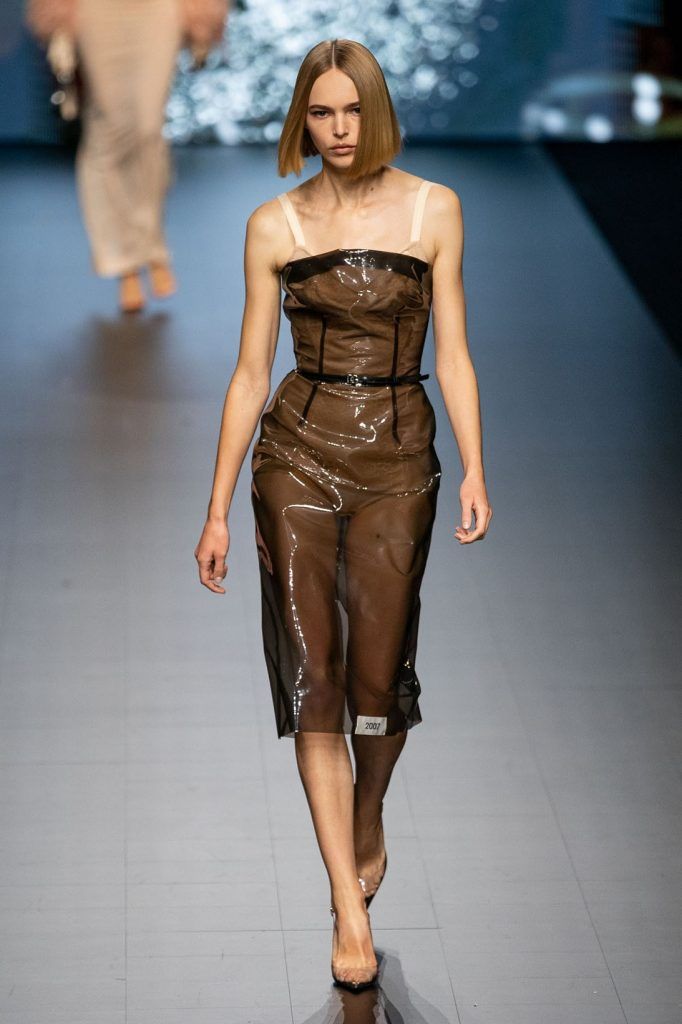 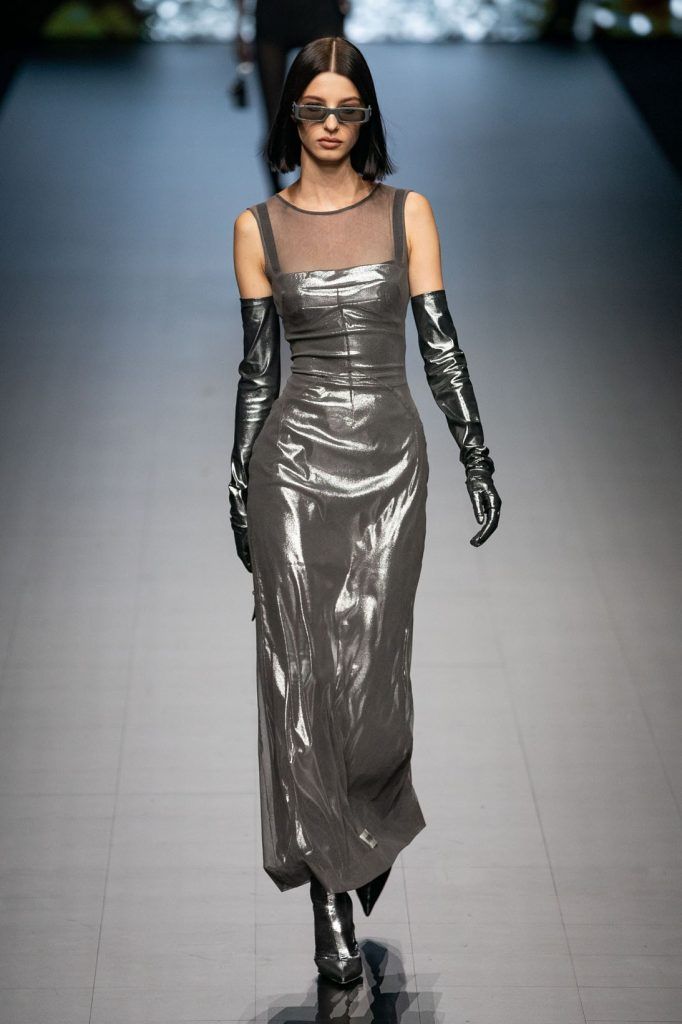 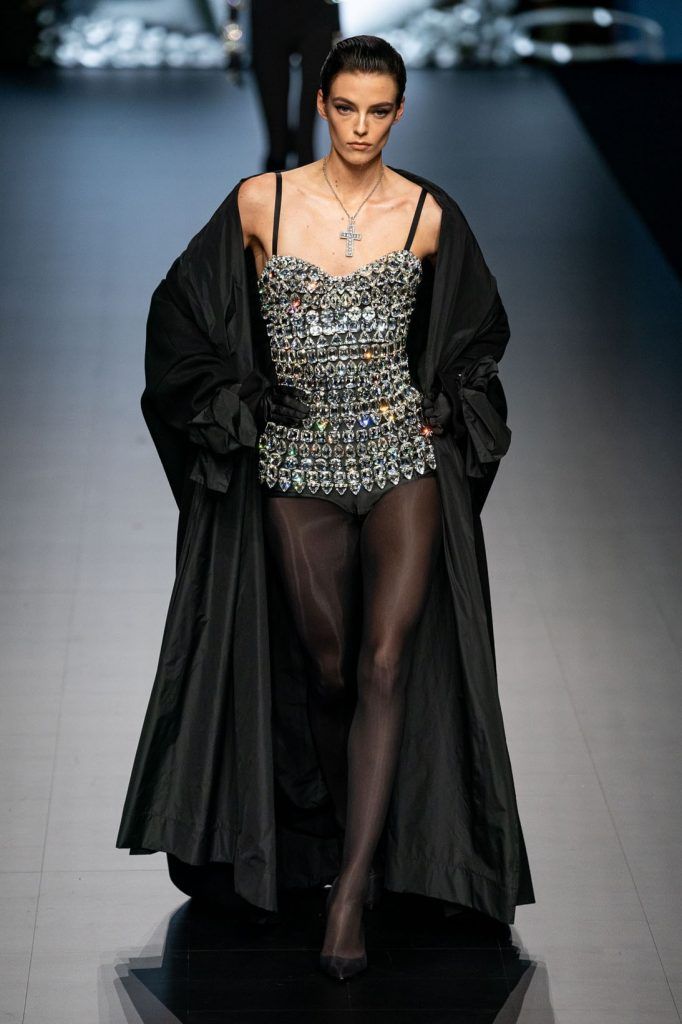 The proposal evoked the sensuality of the “Italian mafia wife” while paying homage to K.K.’s own style, displaying a series of pieces connected to her style such as dresses and corseted tops, among low-waisted pants, Canadian tuxedos, transparencies and embroidered crystals that shone with the jewelry on the neutral color palette. D&G’s classic floral motifs and roses were omitted for the occasion, to drink from the Fellini-esque style of the film La Dolce Vita (1960), and all its elegance and ostentation.

Maybe, after this fashion show, Dolce & Gabbana enters a new era in which it dissociates itself from all that controversial past that led it to ruin. And even more, if that resurrection is driven by Kim Kardashian as designer and curator.

Grace Wardlaw’s Crystal Temple
How Wednesday has resurrected the goth-girl
Does it make sense to keep talking about It girls?
Fashion in the conspiracy era
The infinite world of Louis Vuitton and Yayoi Kusama
Ludovic de Saint S. is the new creative director of Ann Demeulemeester
How designers are exploring the art of the nudity
Should the fashion community leave Twitter?
OGBFF: the viral ironic fashion sensation
The explosion of furry aesthetics
Why luxury should be covered by lifetime warranties
The Attico Spring 2023: breaking down gender stereotypes