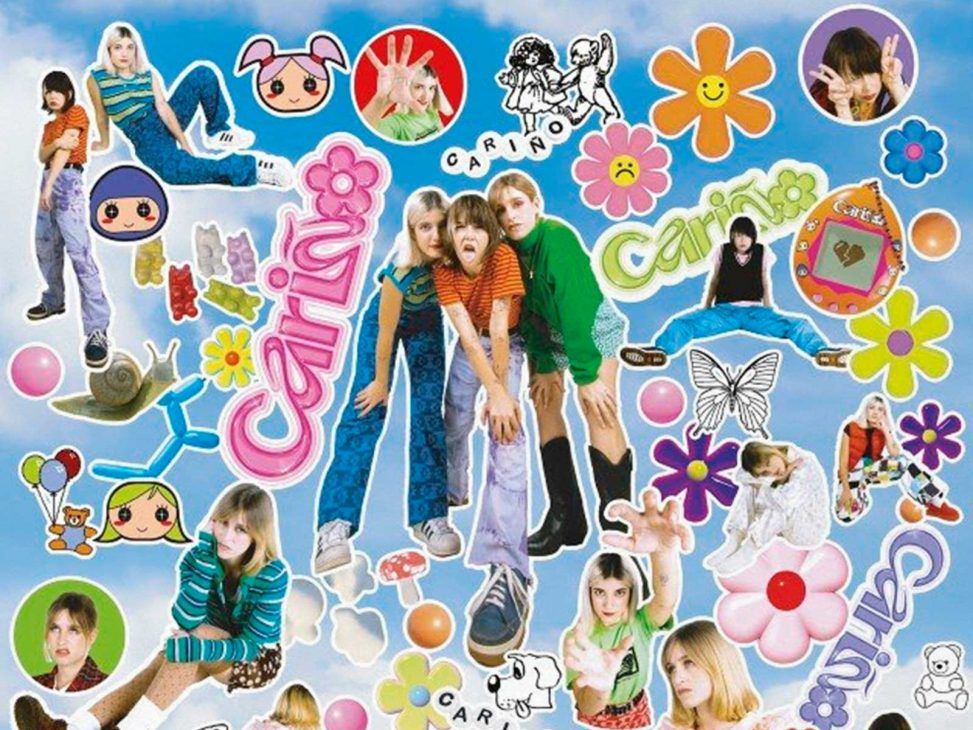 ‘CARIÑO’, written like that, in capital letters, is a title that says a lot with very little. Of the multiple readings that can be drawn, perhaps the most obvious is the one that entrusts everything to a question of trust.

It is enough to listen to how María Talaverano, Paola Rivero and Alicia Ros talk about their album to know how confident they are about the work they have done. Composed over the course of two years and released almost four years after their debut, the timing has been as particular as the circumstances surrounding it. But let there be no doubt that this is an album that is fully in tune with its time. And the fact is that, as the canon of new pop establishes, only two of the twelve tracks are longer than three minutes.

A first glance at the tracklist might raise some eyebrows: a song about a Tamagotchi? In 2022? Paradoxical as it may seem, this is a reference of the most current relevance. Cariño‘s songs, and we can appreciate it in details like this, appeal to a generation that is approaching its thirties and doesn’t quite know what to hold on to.

An eponymous album usually suggests a new beginning. In a way, ‘CARIÑO’ is. “llorando en la acera”, without going any further, symbolises the conquest of their own sound. It’s hard not to think of that version of C. Tangana with which they made themselves known in 2018. For anyone else, the journey from the limo to the pavement would be downhill. For them, however, it’s the other way around. At any one time they had just a couple of songs released, and now they are on the verge of releasing their second album and have become pop stars in their own right, not by imitation.

“si quieres”, due to the suggestive nature of its proposal, works like a charm as the gateway to an album that is a rollercoaster of emotions. In ‘CARIÑO’, as in life itself, from euphoria to misery, from everything to nothing, there is barely a song’s distance. “no me convengo”, “año de mierda” and “algo ha cambiado” -three songs prototypically Cariño in substance and form- follow one after the other until they lead to “sadmeal”. Being born in the 90s meant growing up educated in the promise of a Happy Meal life. This, taken to the realm of relationships, has left a lot of broken toys along the way.

“antes”, “la habitación”, “lo que te quiero” and “soy una perra” show us different ways of being Cariño. From the most introspective and dark to the most explosive and punk; Cariño, after all. In their eagerness to explore new sonic territories, in addition to the “tamagotchi” beat, we find “bonus trap” (spoiler: it’s a reggaeton). Let’s dance!

The girls of the moment have already crossed the pond, and they have done so by making a dream come true, performing at the Coachella macro-festival after having been part of the line-up since 2020 (an edition that was cancelled due to the pandemic), in an edition where they have been the only Spanish representatives.

Cariño has taken this opportunity to bring his freshness and good vibes to different cities in the Americas: Argentina, Chile, Mexico and the United States.

With a visit to one of Mexico City’s most representative venues, the Lunario Del Auditorio Nacional, on 11 May, the trio of friends will end their dream tour and begin their tour of Spain.

Don’t miss out on the fun and celebrate this summer with Cariño!