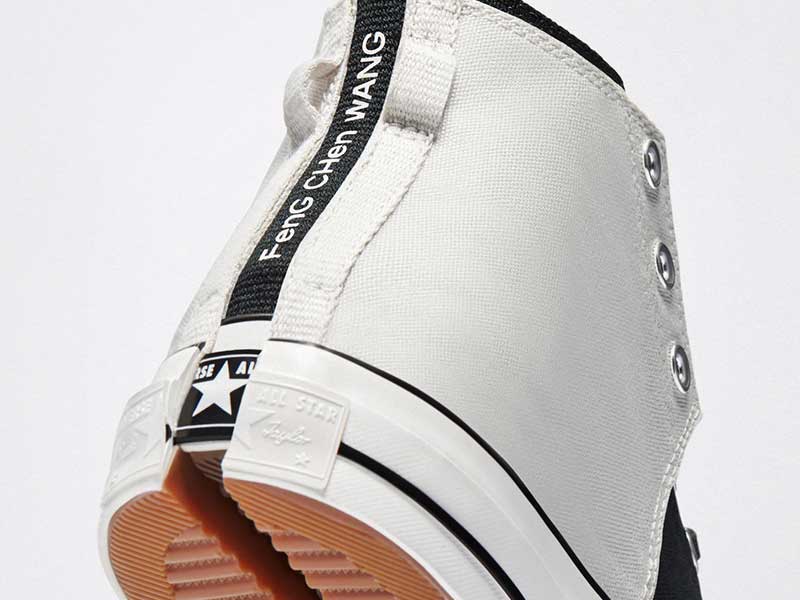 For her latest collaboration with Converse, Chinese designer Feng Chen Wang has explored a new concept: turning two sneakers into one. 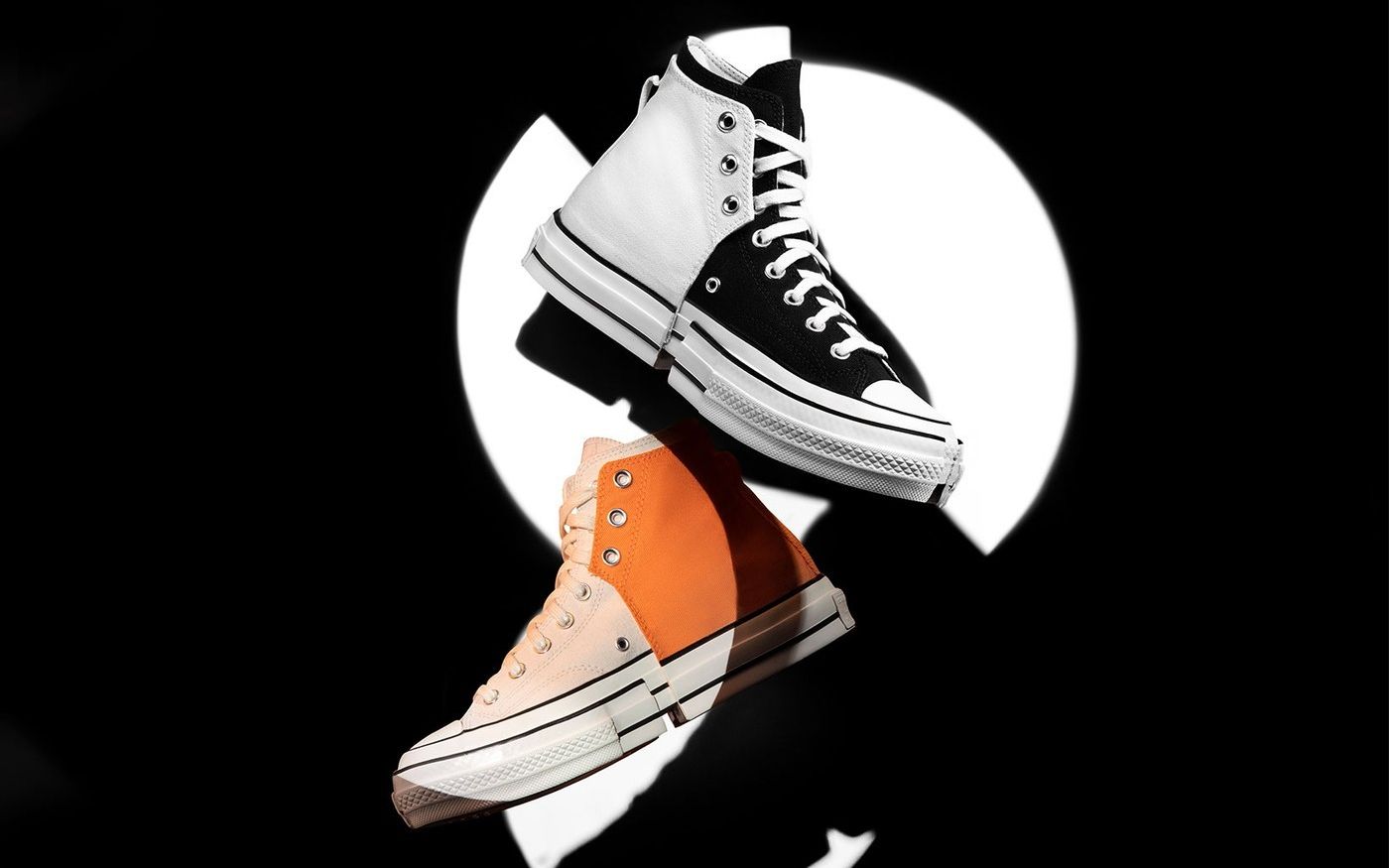 Wang’s compositional creativity had already emerged two years ago, on the occasion of the first collaboration with the American brand: the designer had received more than 30 pairs of sneakers that were later deconstructed and recomposed with hand-applied finishes, that is to say, they remained in 15. A concept that, after the Feng Chen Wang SS19 show, Converse has decided to take to a wider public. The result of this research and design process is the new Converse Chuck 70s 2 in 1. 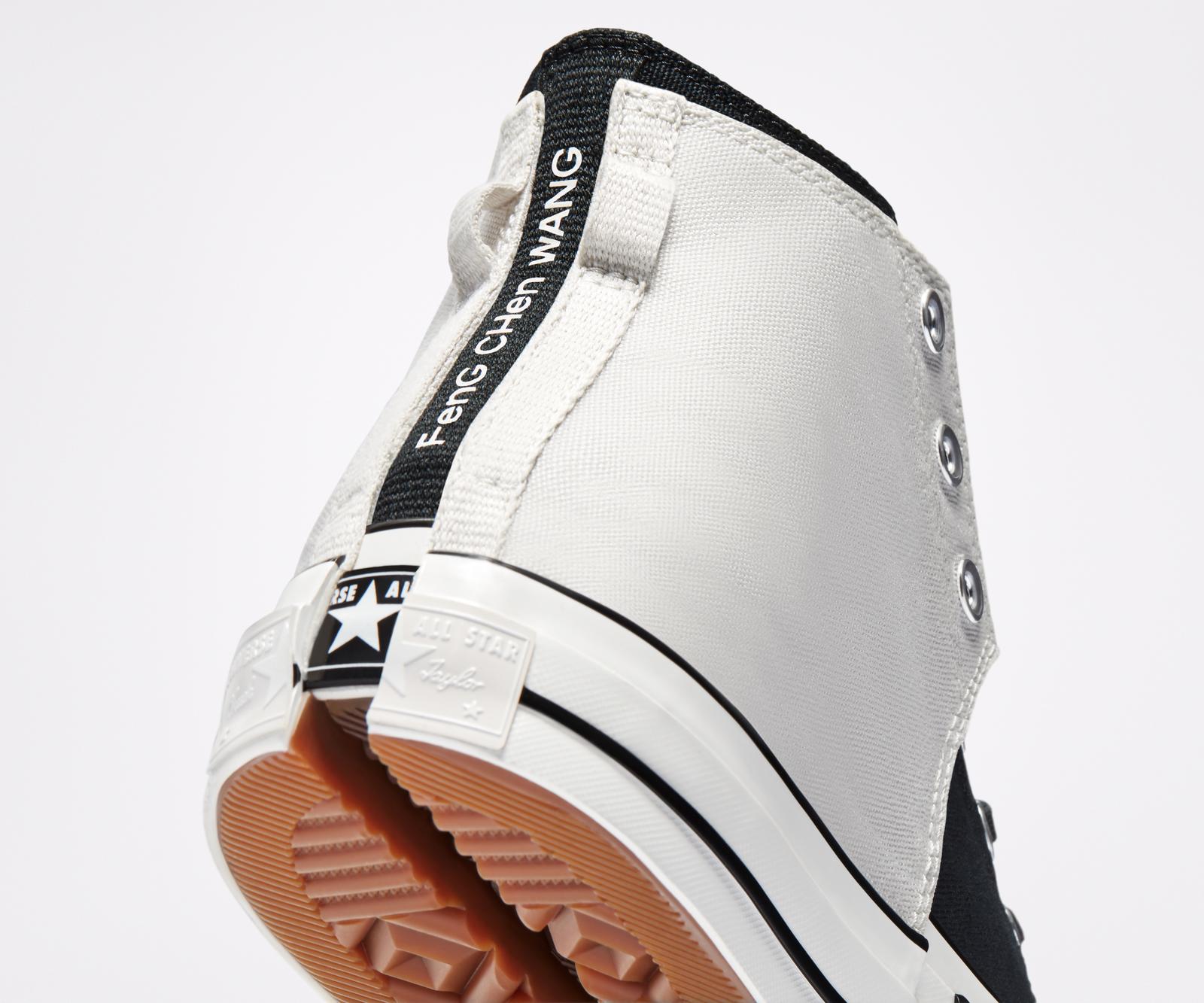 The new Chuck 70 2-in-1 was designed by unifying two alternative versions of the classic silhouette that blend, overlapping, into one shape. For this particular silhouette, the concept of duality was followed: an overlapping of two organic canvas uppers, combined vulcanized rubber bands and a new sole, divided into four quadrants. A design that becomes complex especially in the combination of volumes of the sole, which appears displaced in two levels. Other design details include a double set of eyelets, while the Feng Chen Wang logo appears on the laces, which is also repeated on the heel. 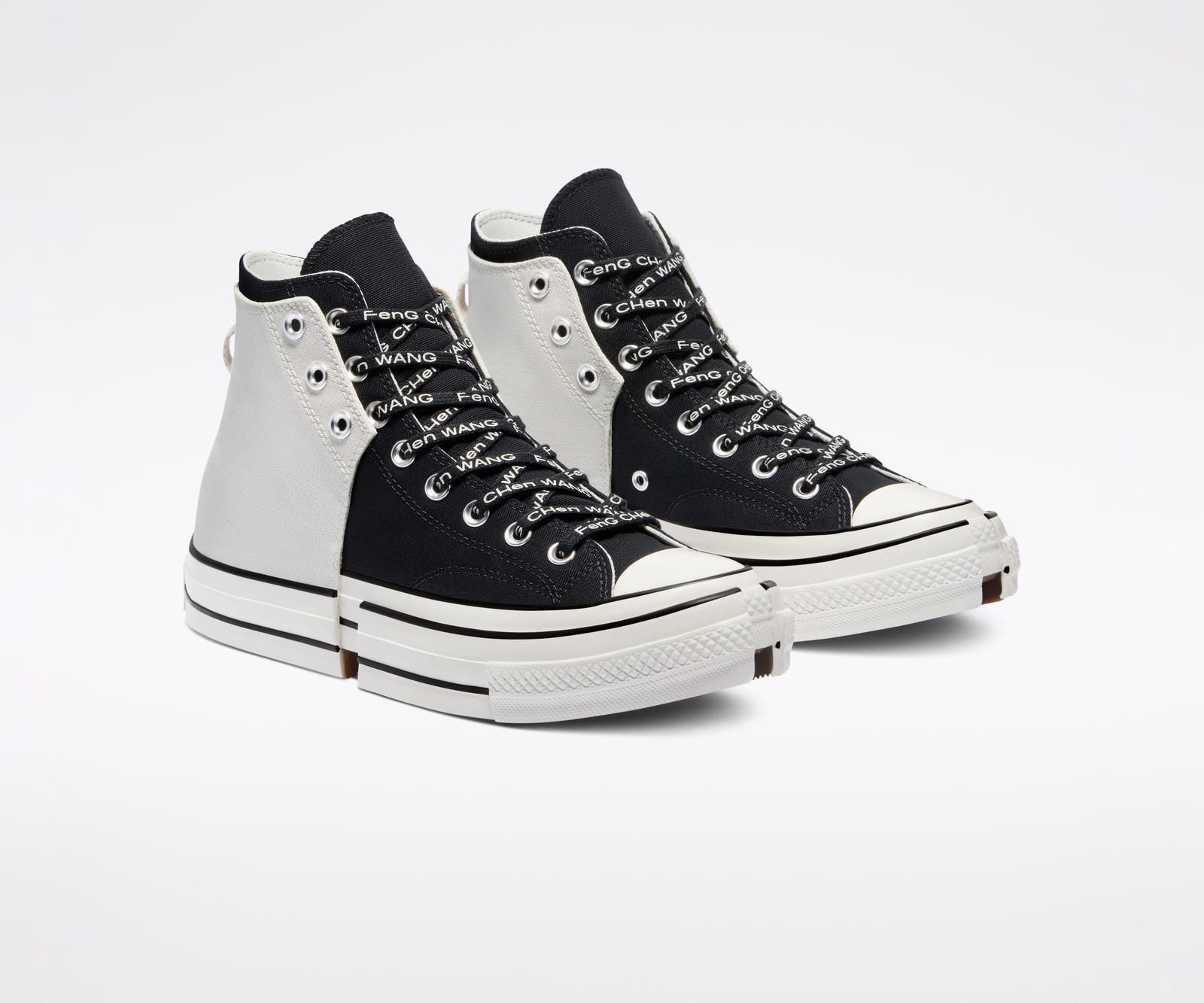 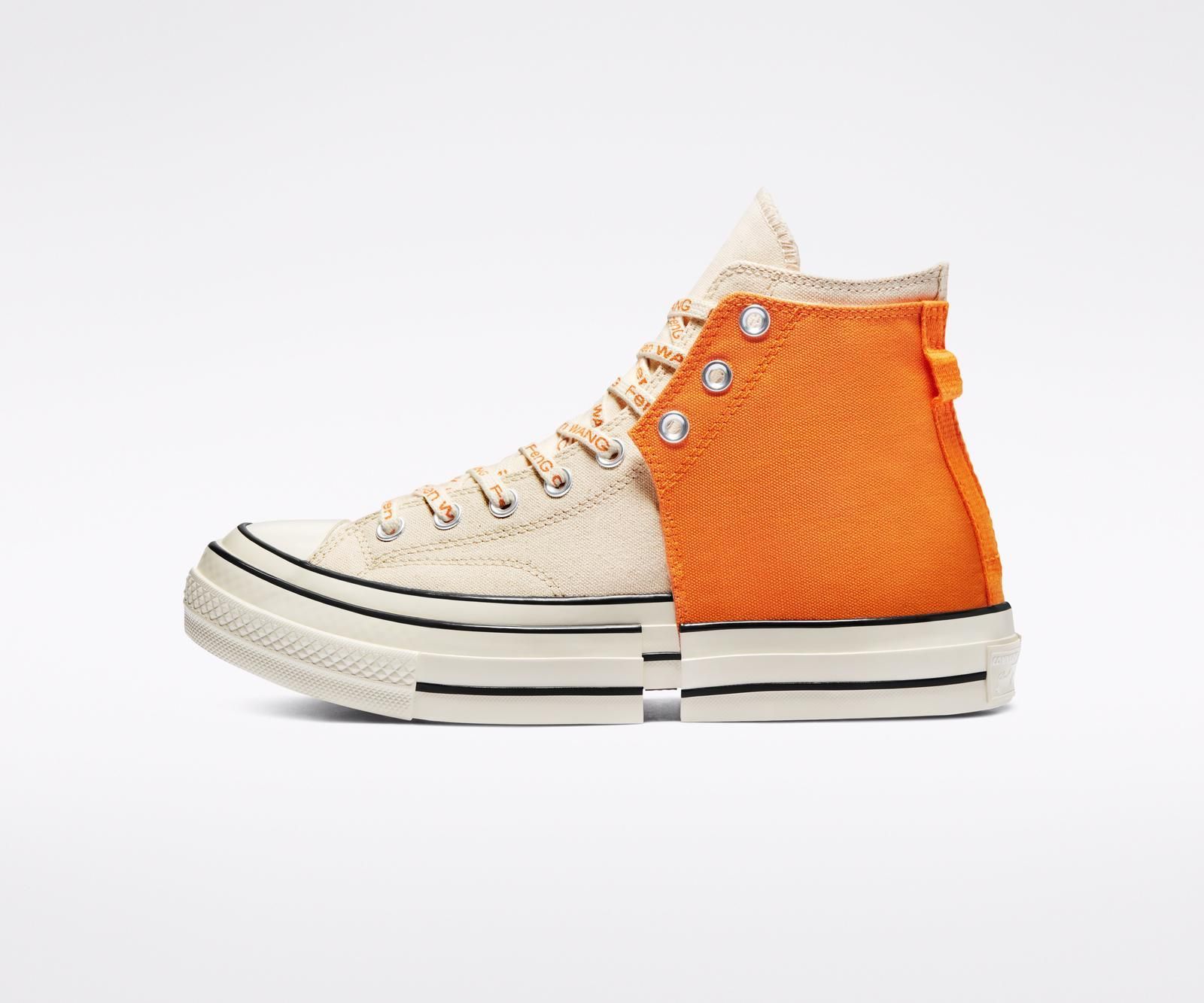 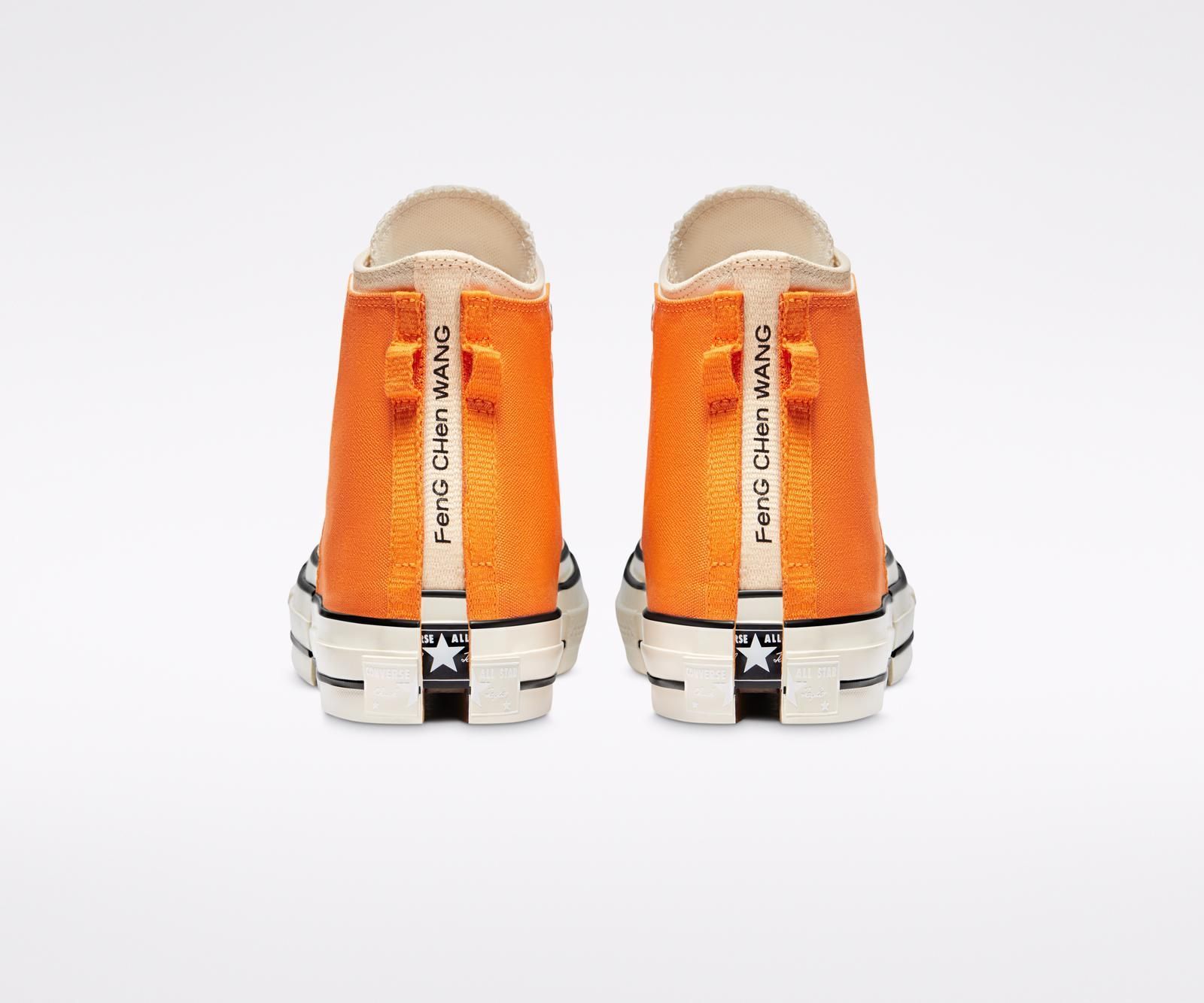 The new Converse x Feng Chen Wang Chuck 70 2-in-1 will be available October 20 online at the Converse website and selected retailers.