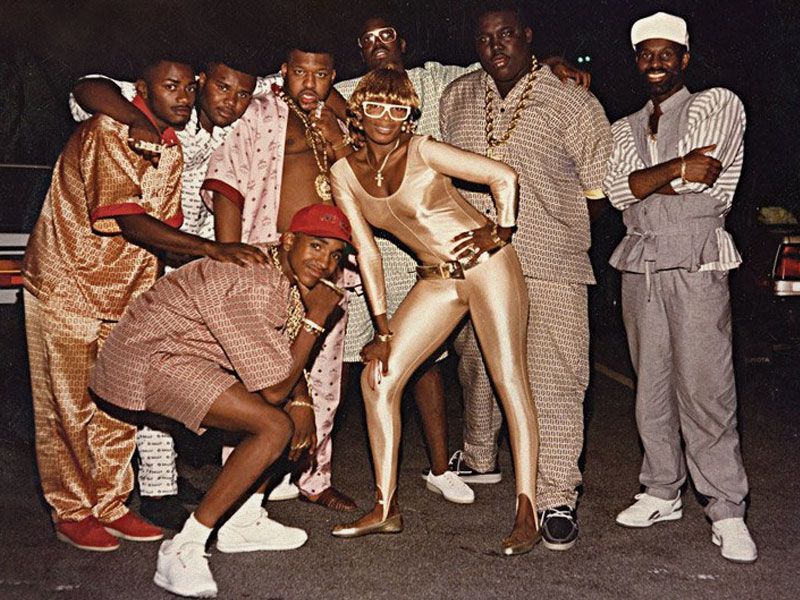 Autor: Laura Pérez ( @laurappz ) | Run D.M.C. sounds on the radio. It’s the’80s and it’s dusk in the 125th in Harlem, or the place where Dapper Dan – without knowing it – is going to violate the fashion guidelines of an entire era. The iconic tailor returns 25 years later with Gucci to close the cycle of fashion he started: the luxury streetwear cycle. 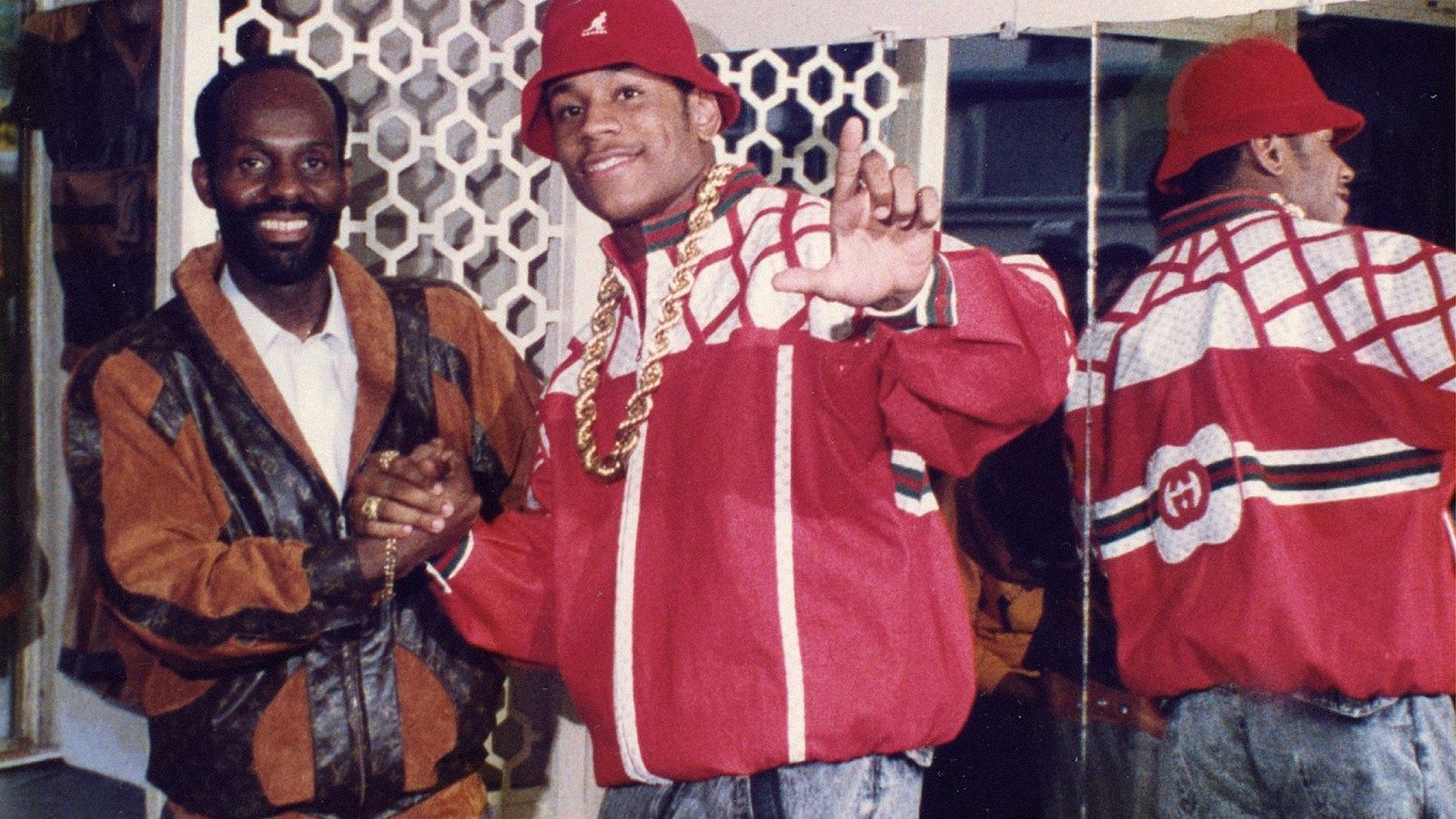 Dapper  (@dapperdanharlem) was inspired by the street and the needs of the black community, which aspired to dress in haute couture one day. Not being able to afford such designs, Dan began to version logos of firms such as Louis Vuitton, Gucci, Halston or Chanel, with the aim of injecting luxury into poverty.

Hip-hop was beginning to grow and mutate from subculture to culture. It had become a lifestyle in which the dream of success and coming out of the ghetto was the foundation, and the light at the end of the tunnel was always gold, clothing and fashion (Fresh Dressed, 2015). Harlem wanted to reflect a non-existent economic power through fashion. It was the expression of an aspiration that Dapper Dan came to materialize in a reality. 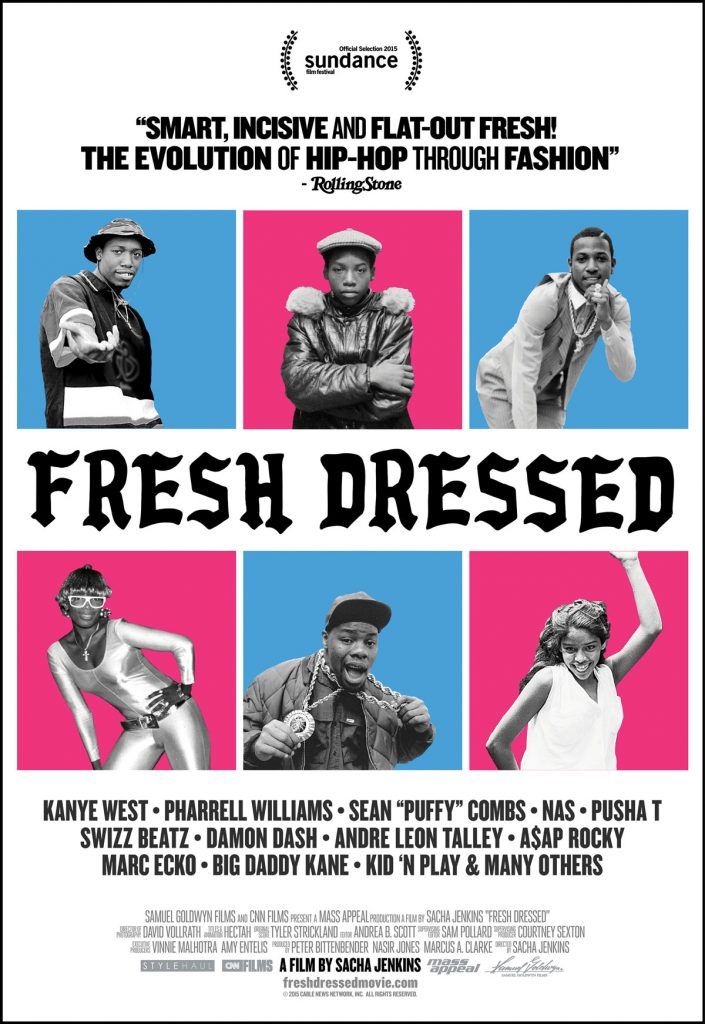 ‘Being fresh was much more important than having money,’ says Kanye West. To be cool’, or to dress in personalised, risky and eccentric clothes was to be in the hip hop culture, to be in life. The designer dressed the black community of New York in this way in the eighties, who even went so far as to rob shops or houses and even kill for Jordan, a Louis Vuitton or the last jacket that Ralph Lauren had put on the market.

The aesthetics of the excesses characterized the era in which Biggie, 2 pac or Snoop Dog was born, the main faces of the firms or campaigns of the moment like Tommy Hilfiger or Ralph Lauren. At the same time, urban clothing designers began to emerge, and freedom of expression and democratization through fashion became stronger and stronger. 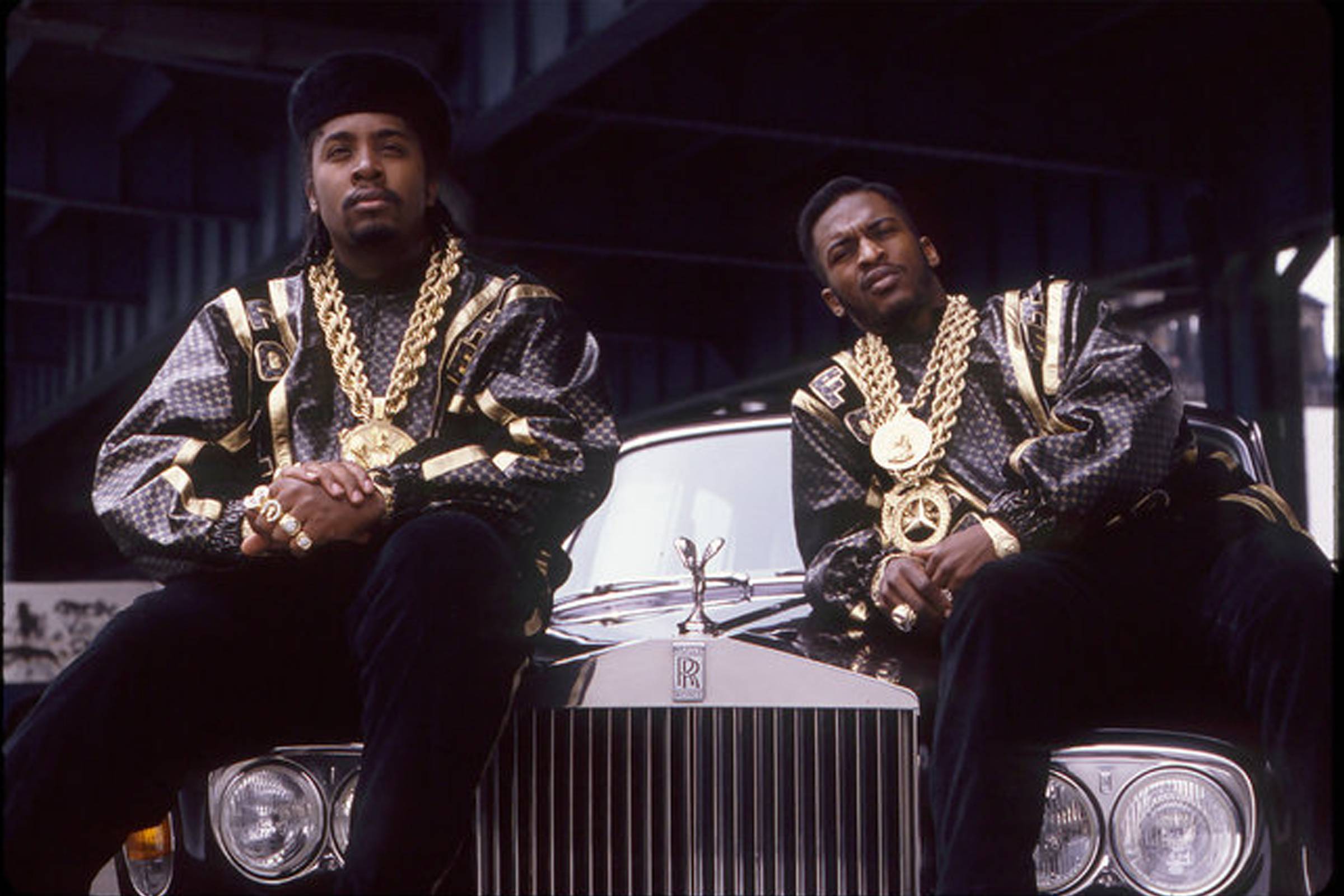 Dapper Dan, absorbed each one of the influences/trends of the fashion system and copied the fashion of haute couture, but through designs that were totally his own and were far from the initial inspiration. The clothes she wore, exclusive and personalized, spoke and said everything the community needed. Leathers, furs and colours merged with an infinite number of luxury textures and prints. He also stamped logos on t-shirts, sneakers or a multitude of random items of clothing and items such as car upholstery, which became a support material for the customization of Dapper. 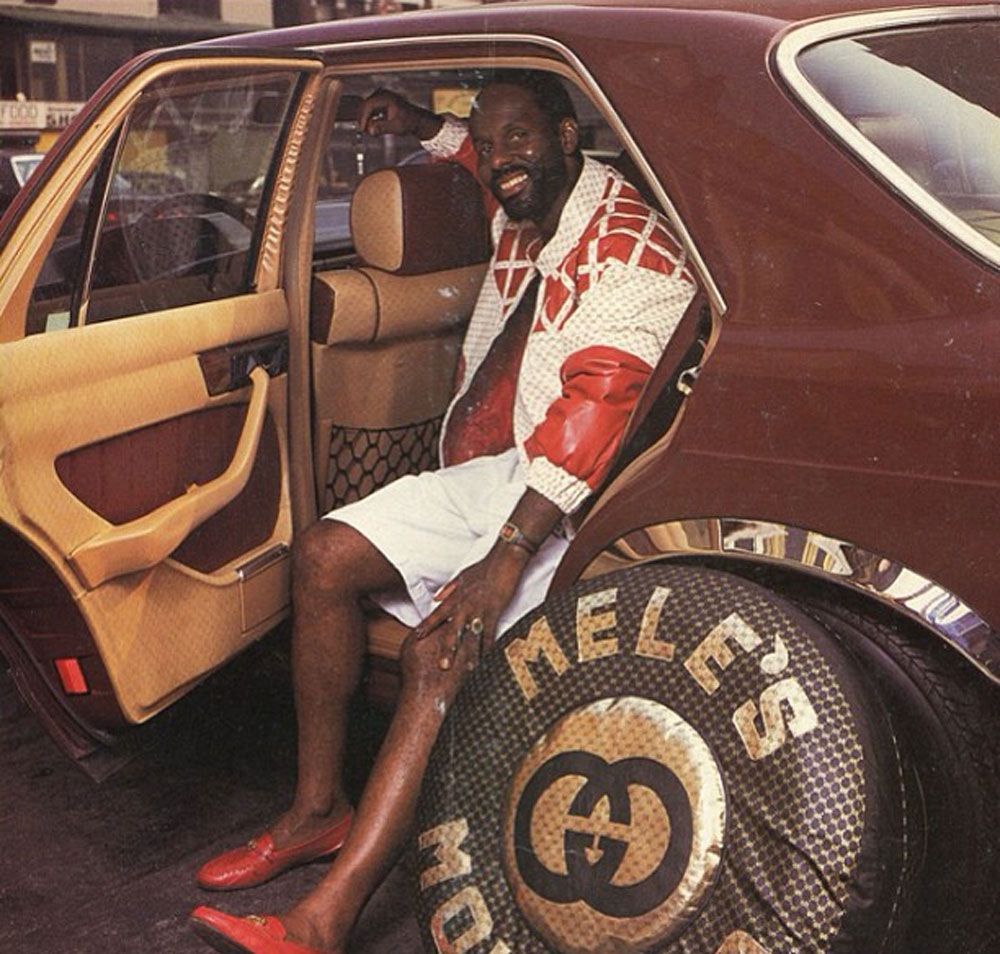 The ‘Dapper Dan’s Greatest Creations‘ store customized looks for the Harlem community, which included rappers like Public Enemy or Salt-N-Pepa, gangsters and narcos. He also designed for entire crews who wanted to reflect a common identity through their ‘freshy looks’.

Dapper, already called ‘the hip hop tailor of Harlem’, went on to turn the workshop into the great empire of luxury urban fashion. He opened the store 24/7, and he did it for eight years straight. 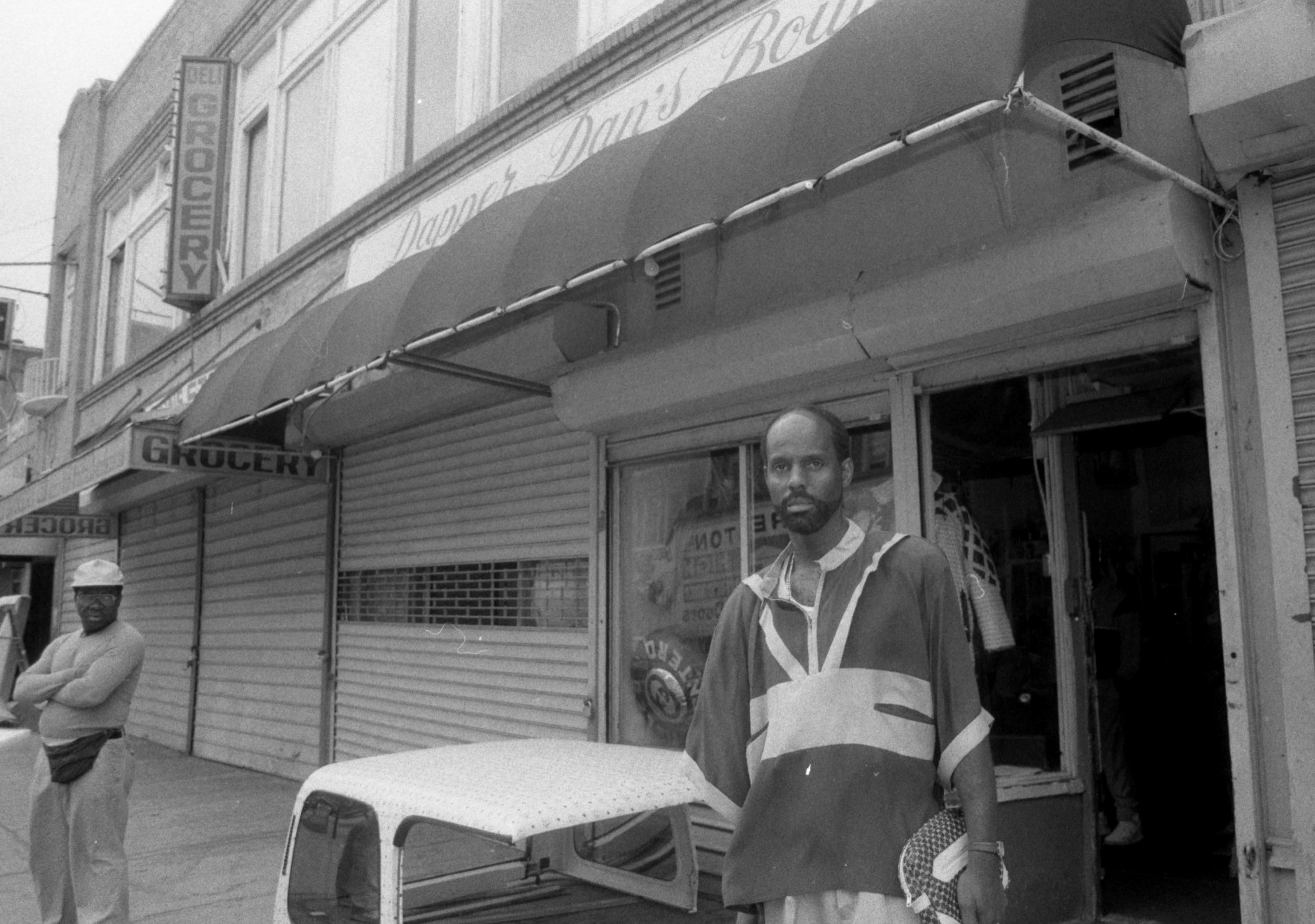 After this period in the textile industry, companies such as Louis Vuitton, Fendi and Gucci denounced it for plagiarism. Thus, in 1992, Dapper was ruined by copying logos and stealing the identity of other brands without copyright.

What Dan was never going to expect was that 25 years later Gucci would sign him to be the face of his latest autumn-winter Men’s Tailoring campaign. Also, to design a capsule collection that just came out. 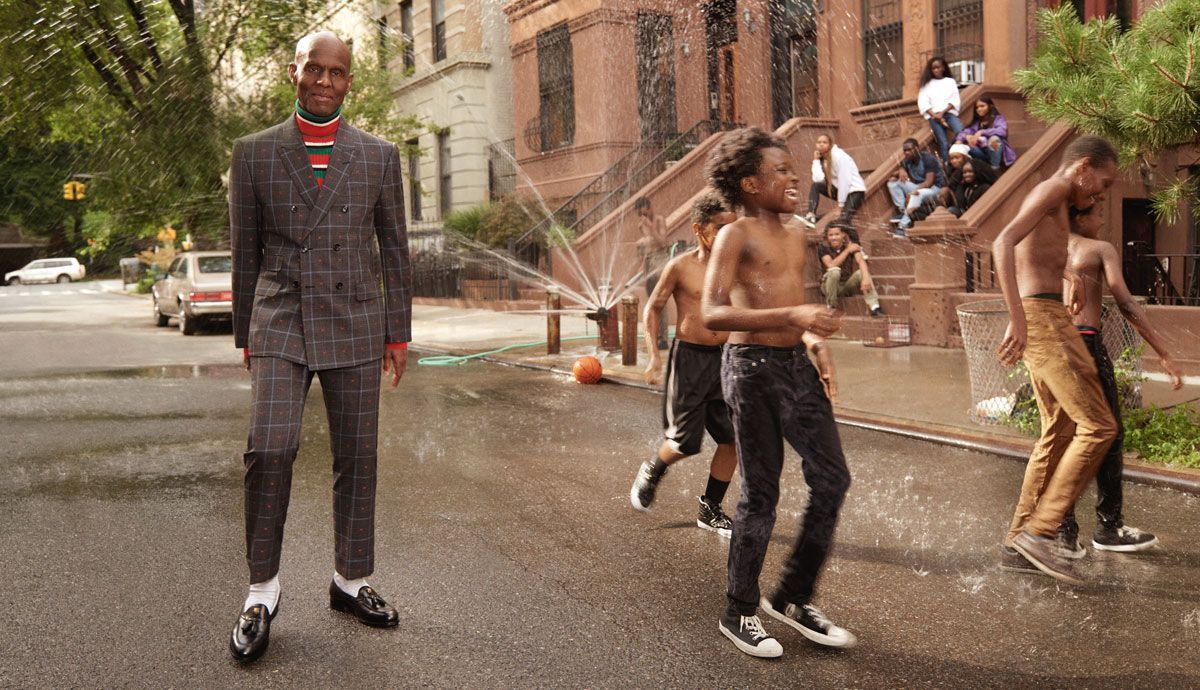 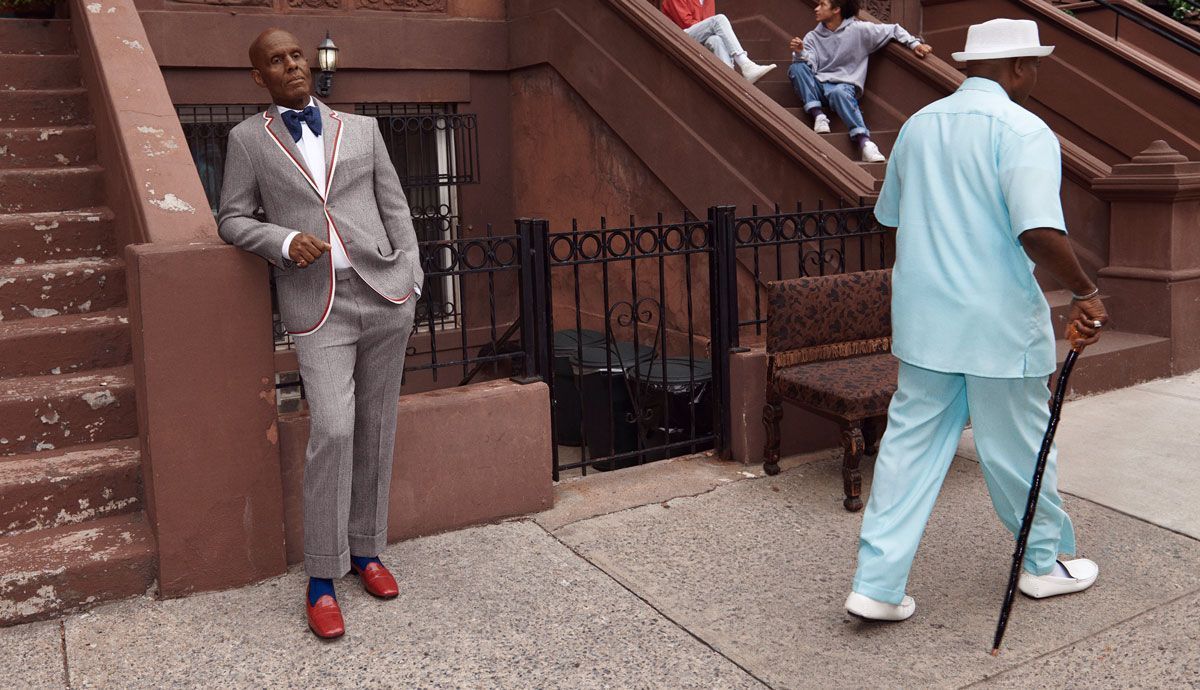 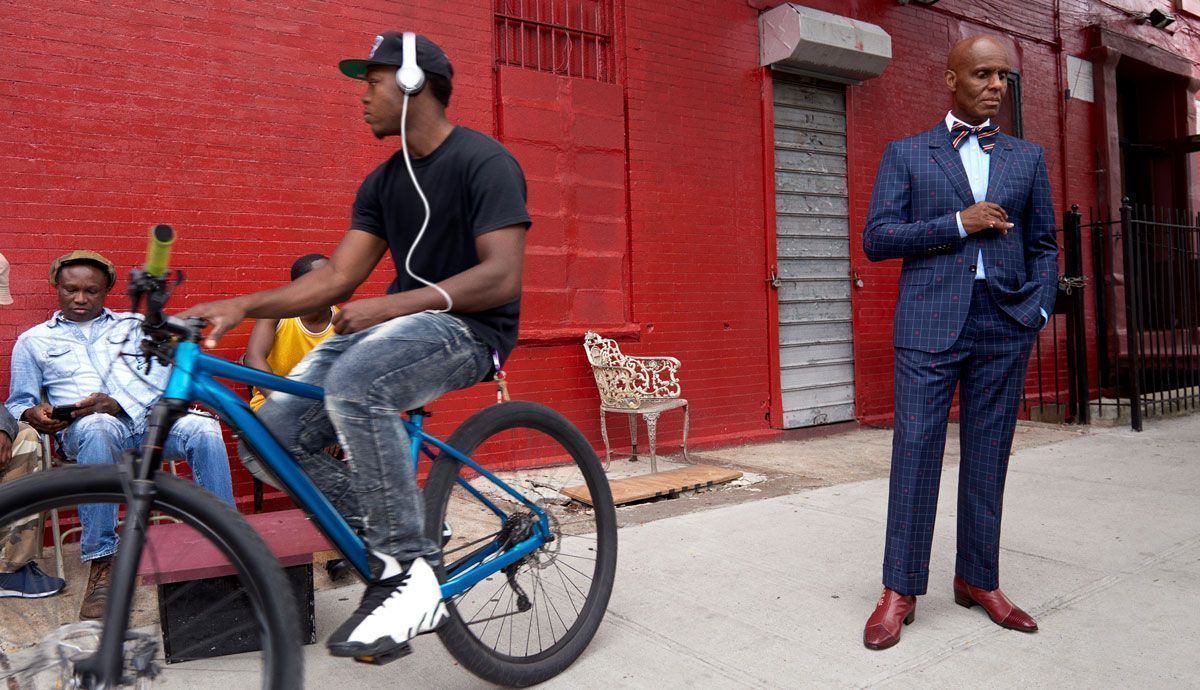 The tribute doesn’t end here: Alessandro Michele (@lallo25)– creative director of Gucci – in may 2017, wanted to pay tribute to the designer, reverting a fur coat with maximangas in which Dapper had completely sealed the LV logo; Michele replaced the anagram with the double G. The jacket that climbed the catwalk at the Cruise 2018 parade was very controversial because of accusations of forgery, when it was really about recognizing the history of a firm that advocates culture and self-expression. 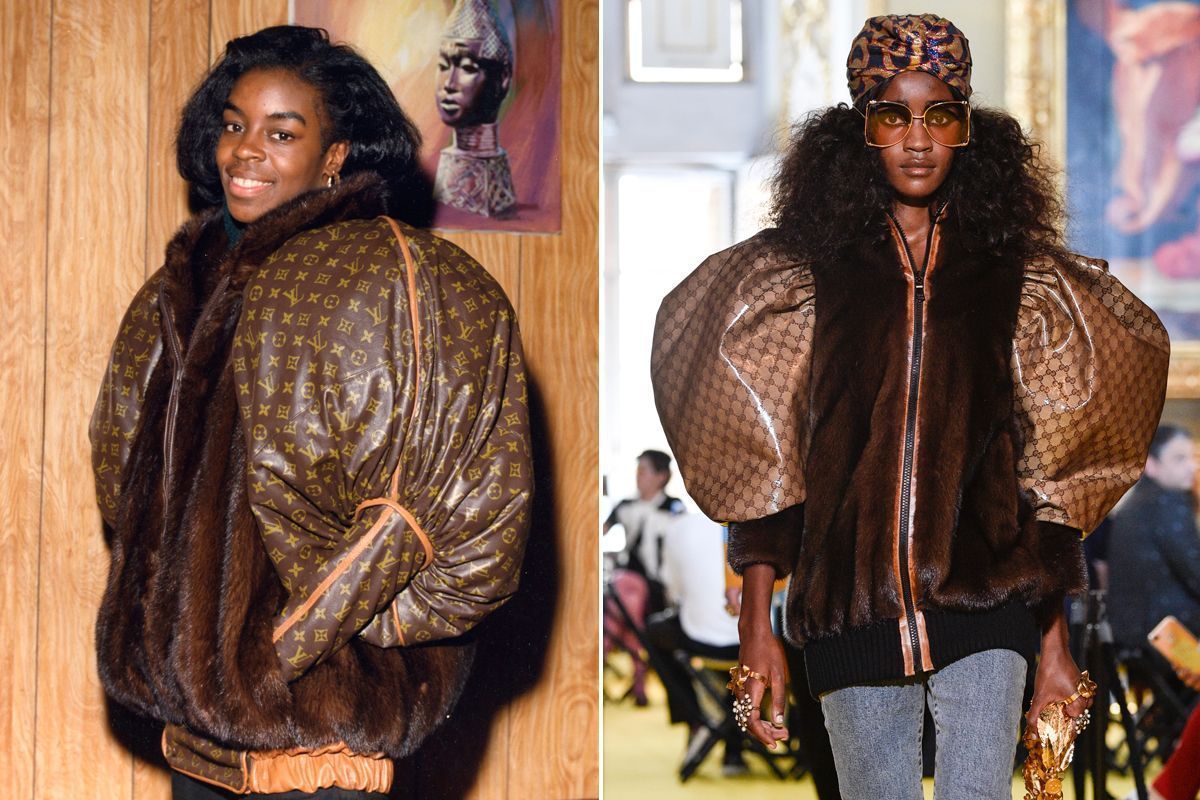 The designer of the Italian company is also going to finance the reopening of Dapper Dan’s famous workshop, so that the origins of luxury fashion can continue their cycle and merge with the current streetwear universe, which praises the art of textile counterfeiting and the parody of haute couture brands.

Thus we see how the reminiscences of rap and marginal New York fashion have set the fashion system on fire; Marc Jacobs has already done so by taking the stage with gold chains and the iconic Kangol hat. But now it doesn’t matter how the brands conceive the streetwear universe, because the fashion villain has returned and done it to break with the established once again. Keep your eyes peeled.

Our fav designers of the upcoming MBFWM edition
Dan Sur gets gold chains implanted in his scalp
Met Gala 2021: the best red carpet looks
The psychedelic mules by Melissa x Lazy Oaf
Fasten your seat belts to take a flight to Teophilio’s Jamaica
Balenciaga accused of racism and cultural appropriation
Nike dresses up the Air Max 95 through functionality
Belgian doctors are prescribing museums to alleviate Covid stress
Rodman’s eccentric trip to Las Vegas soon to be a film
Gucci Lifestyle: The Magic of Everyday Life
The erotic expressionism of Agent Provocateur FW21
Amazon expands its luxury stores to the European market