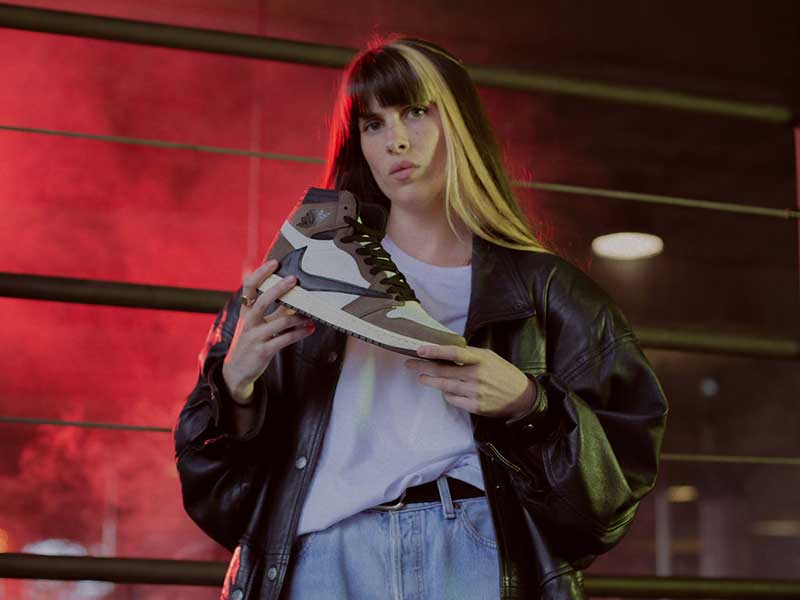 The shop specializing in the sale of limited edition sneakers and clothing celebrates sneaker culture at the Tibidabo Amusement Park in Barcelona.

This past Saturday, May 11th, one of the most anticipated collaborations of the year was released. The one that united hip-hop artist Travis Scott and Jordan brand under one project. For the release and raffle of this sneaker, the Spanish retailer Foot District, decided to come up with a very special campaign.

It all began on Thursday, when an Instagram video post was uploaded showing a roller coaster ride that quickly turns into the Nike logo, that then gets flipped to its reverse side. Comments guessing its meaning were subsequently posted by followers and rumors began to spread throughout social media networks and, thus, hype began to build.

The next day, people were unexpectedly summoned through social networks to go to the store to collect a token that would give access to an event in which the sneakers would be raffled off. The lucky ones who got the token would receive an email a few hours later with more details of the event.

The email arrived and stated that the raffle participants would be going to Tibidabo Amusement Park. The rumors were confirmed, ASTROWORLD was the idea behind the campaign.

Upon arrival at the park, the raffle then took place with the well-known slot machine. While the participants tried to locate it in the maze of mirrors, others waited outside listening to music, drinking beer or soda, and eating hot dogs and cotton candy. All this, with the city of Barcelona at their feet, in a setting unlike any other.

At the end of the raffle and, as expected, there was a bit of disappointment from the losers mixed with the joy of the winners. However, they did not know it, but there were no losers, since Foot District had an ace up their sleeve. The store made sure that everyone attending the event had access to buy the shoe. Disappointment had no place at this event which turned out to be a clear celebration of sneaker culture.

The two videos that accompany this recap are directed by Blas Egea and the photos are by Juanma Jmse, both have raised this recap to another level.