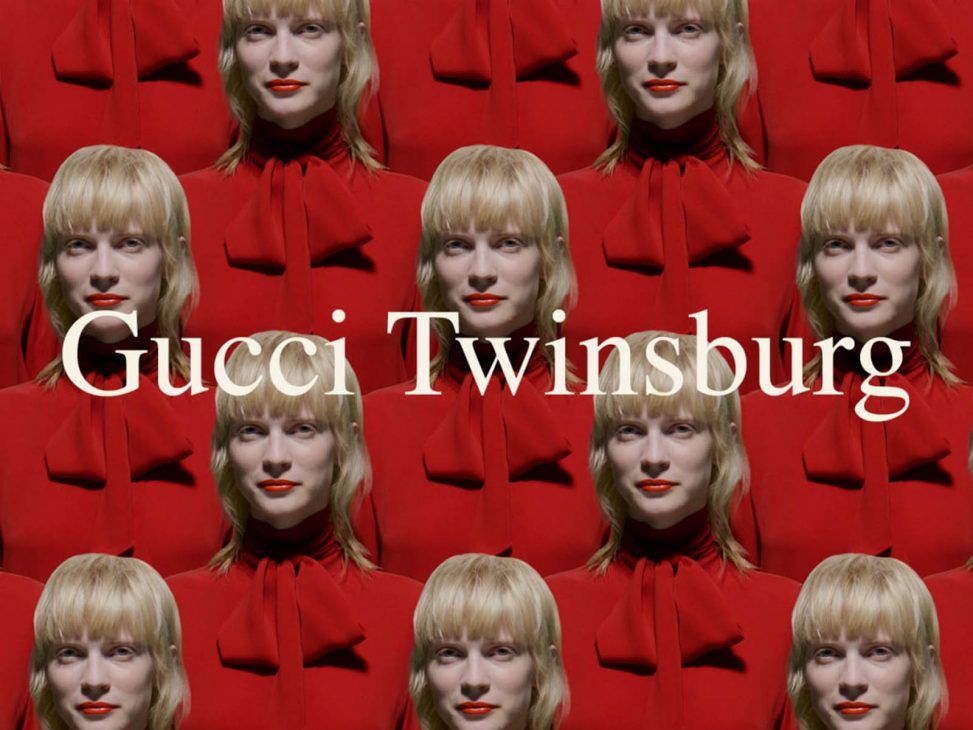 Gucci Twinsburg: an ode to reflection and individuality

The show began with twin models reflected in mirrors, inspired by Alessandro Michele‘s childhood. “I am the son of two mothers: Eralda and Giuliana. Two extraordinary women who made their twinning the definitive seal of their existence. They lived in the same body. They dressed and combed their hair in the same way. They mirrored each other magically. One multiplied the other. That was my world, perfectly doubled and duplicated”.

The creative director added: “Twinsburg plays this game, producing a tension in the relationship between the original and the copy. As if by magic, the clothes are duplicated. The effect is alienating and ambiguous. Almost a fissure in the idea of identity, and then, the revelation: the same clothes emanate different qualities on apparently identical bodies. Fashion lives by serial multiplications that do not hinder the most genuine expression of all possible individualities”.