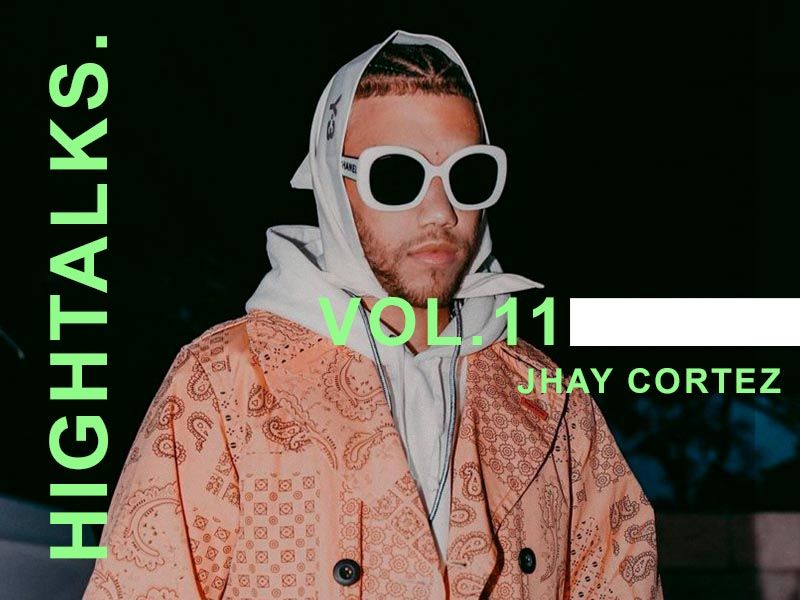 In this HIGHTALKS number 11 we are joined by Jhay Cortez, one of the most powerful figures on the Latin urban scene who is breaking records. After composing tracks for other artists and releasing hits such as Dákiti with Bad Bunny, Ley Seca with Anuel AA and En Mi Cuarto with Skrillex, the Puerto Rican singer, producer and songwriter has carved a niche for himself on the world stage.

On the occasion of his European tour, we talked to the artist about his latest album Timelezz, his upcoming performances, his future collaborations, the Latin Grammys, the mediatic videoclip of J Balvin’s “Perra” and the Latin scene. Don’t miss his show on 15 December at the Palacio Vistalegre in Madrid and on 16 December at the Palau Olímpic in Badalona.