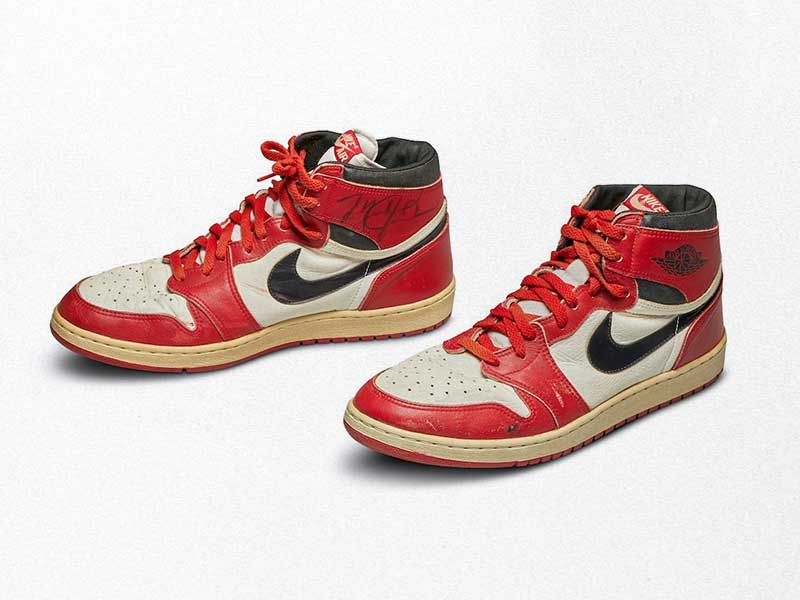 The Air Jordan of 1985 scored a triple score at Sotheby’s auction house, selling for over $500,000, surpassing the previous record set by the Nike ‘Moon Shoe’. 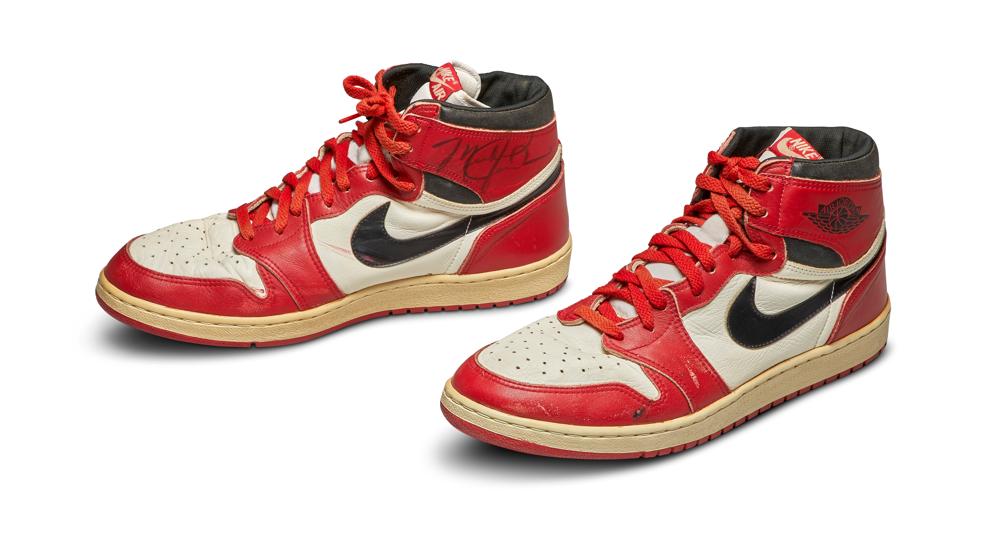 Sotheby’s has set that new auction record by placing the sneakers Jordan played in in 1985 in the game’s showcase. These Air Jordan sneakers beat the previous Nike Waffle Racing Flat “Moon Shoe” record from 1972 by over $100,000.

The international auction house partnered with collector and consignor Jordan Geller, who founded the Shoezeum shoe museum, to auction off the shoes following the success of the ESPN and Netflix documentary “The Last Dance”. The sale coincided with his last episode broadcast on May 17th.

“Building on the momentum of our first shoe sale last year, which previously set a record for a pair of Nike Moon shoes, we wanted to set the bar even higher for our second shoe sale. We saw a tremendous amount of bidding up until the time the sale closed, with the value doubling in the last hour alone. This, coupled with strong international bids from six countries on four continents, shows not only the incredible appeal of Michael Jordan as one of the most recognized and legendary athletes of all time, but also that shoe collecting is truly a global and growing market“, said Brahm Wachter, director of e-commerce development at Sotheby’s, referring to the reason for the year’s auction. 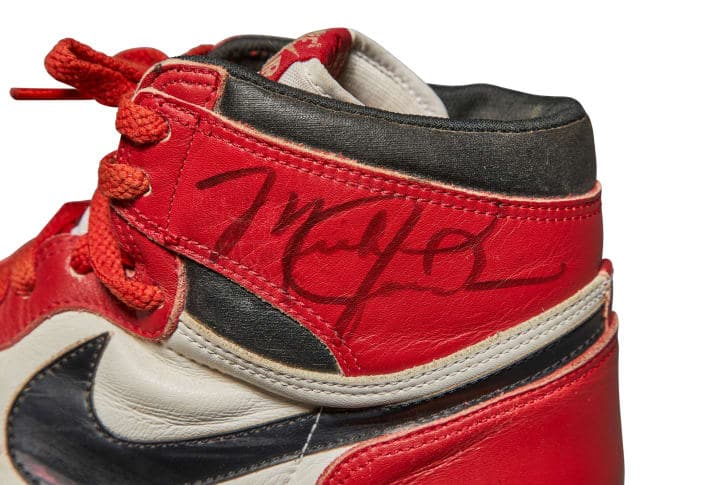 The basketball shoes designed by Peter Moore were produced and worn during 1985 and signed by Michael Jordan in a permanent marker. Now, the bidders – between 19 and 50 years old – were bringing out their hype funds to get the jewel, in turn inflating the sneaker culture bubble and its endless auctions.

Paris Hilton and Kim Kardashian for the new SKIMS campaign
The Nike Air Force 1 through the ALYX vision
The vibrant aesthetics of Sunnei SS21
Louis Vuitton x NBA, winning the fashion game
The cool kids of Christian Dior Atelier
Supreme x Nike Air Max Plus | Gabber essence
Balenciaga SS21: a journey to the end of the world
Kenzo Takada dies at the age of 81 due to Coronavirus
Matthew Williams’ advertising debut for Givenchy
The new masculinity of Fear of God x Ermenegildo Zegna
No Vacancy Inn x Stüssy, back to the 80’s with A$AP Nast
The JJJJound x Reebok Club C as the new essential