The death of Karl Lagerfeld has undoubtedly been the most recurrent topic of conversation in the world of fashion during these two weeks. Today the Chanel FW19 fashion show has taken place in Paris.

After the sad news, many have wondered what will happen now with Chanel without the man who transformed the brand into a timeless fashion house without losing the inherent styles of Coco Chanel. The Parisian firm quickly announced that Virginia Viard, Lagerfeld’s right-hand, would be the successor from now on. For its part, Fendi has not yet declared who will be responsible for replacing the Kaiser, but all eyes are on Silvia Venturini Fendi as a worthy replacement.

Although it is impossible to summarize the illustrious career of the German designer, which spans more than five decades, there are 10 iconic moments that we cannot forget. In honor of Lagerfeld’s infinite imagination, we review the highlights of his legendary career: 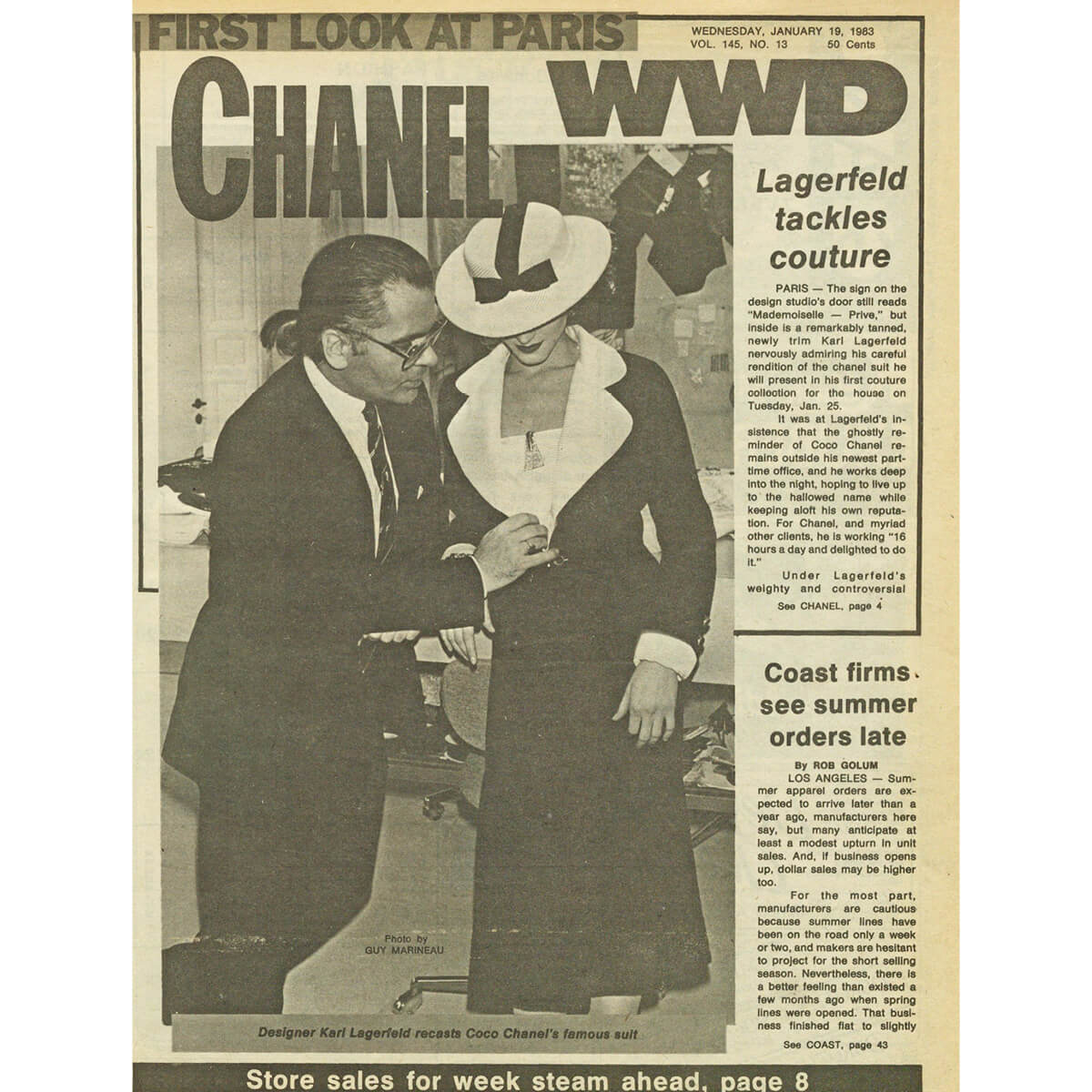 It all started in 1983 with his first Haute Couture collection for Chanel. Lagerfeld acknowledged that he worked for more than 16 hours a day to get it done. However, the innovations of the designer did not convince the critics of the time. But far from surrendering, throughout the collections, he proved to the critics that they were wrong, reinventing the double C, the tweed and the pearls. 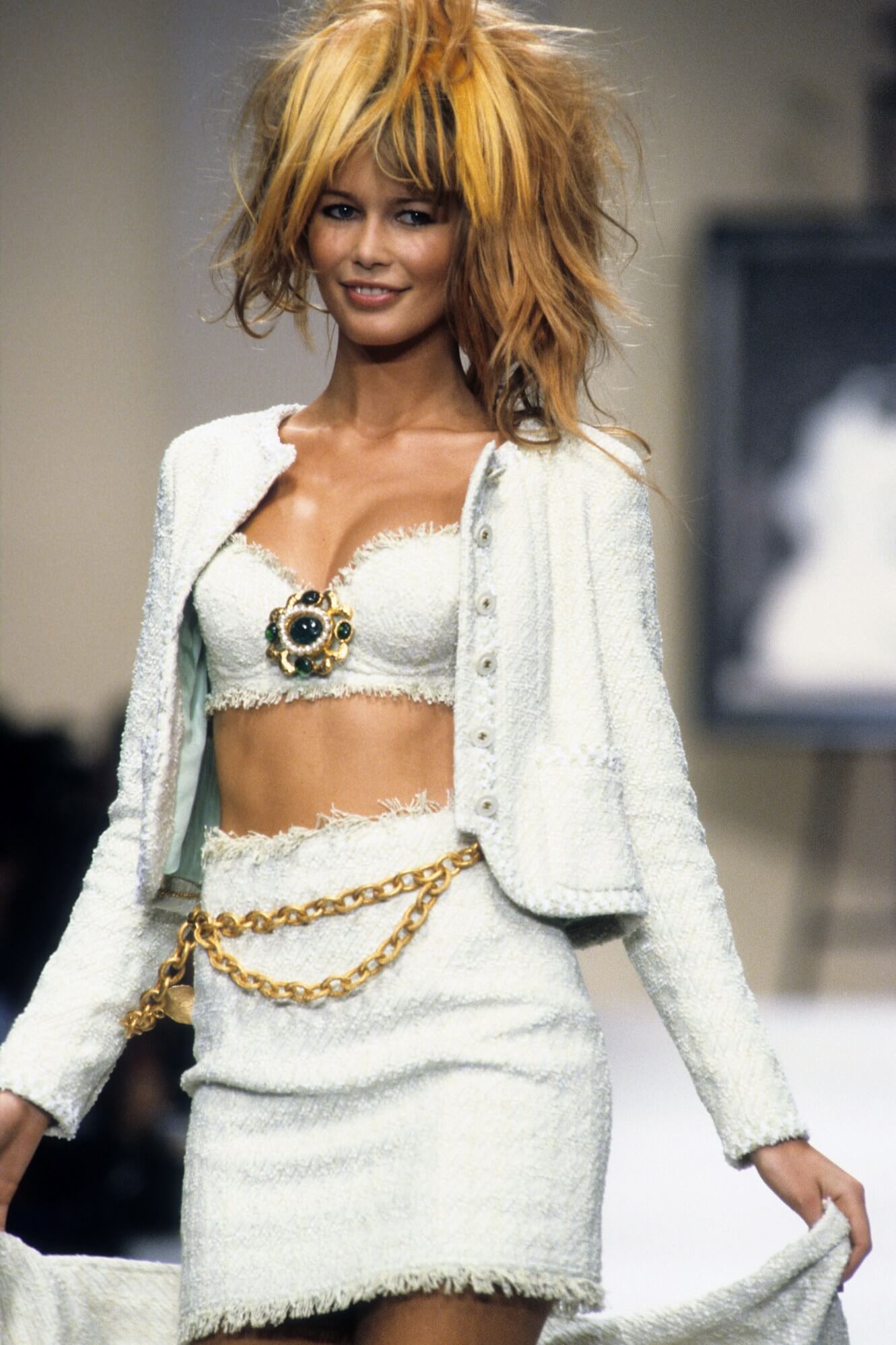 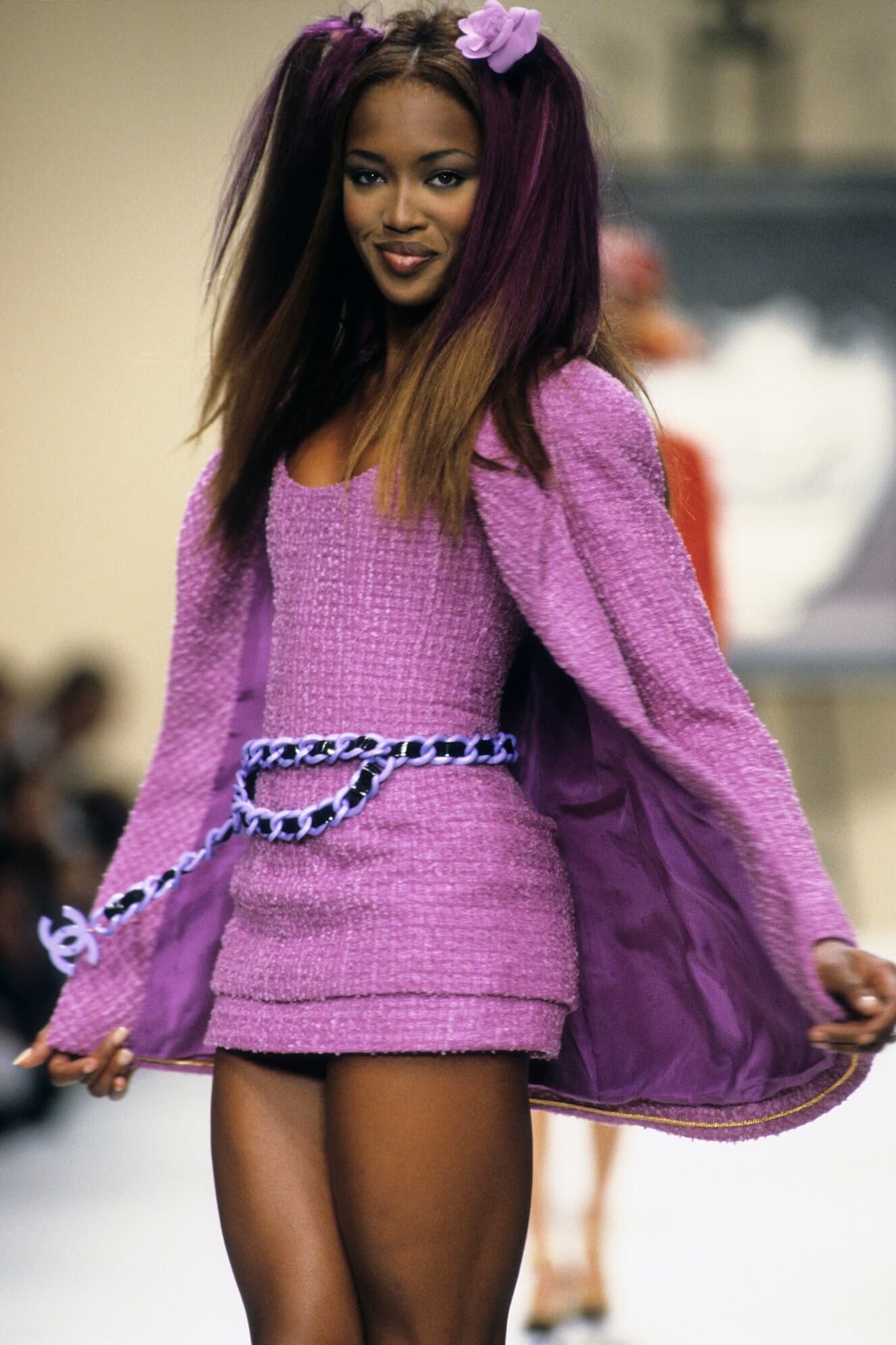 And these three elements were the most prominent in the spring/summer 1994 collection: tweed, double C and pearls. In this collection, Lagerfeld left the big shoulders and ornaments in the workshops. Instead, he created a minimalist collection in which the total looks and waist chains were the protagonists. Such was the scandal that caused this show that is still currently an inspiration for many. 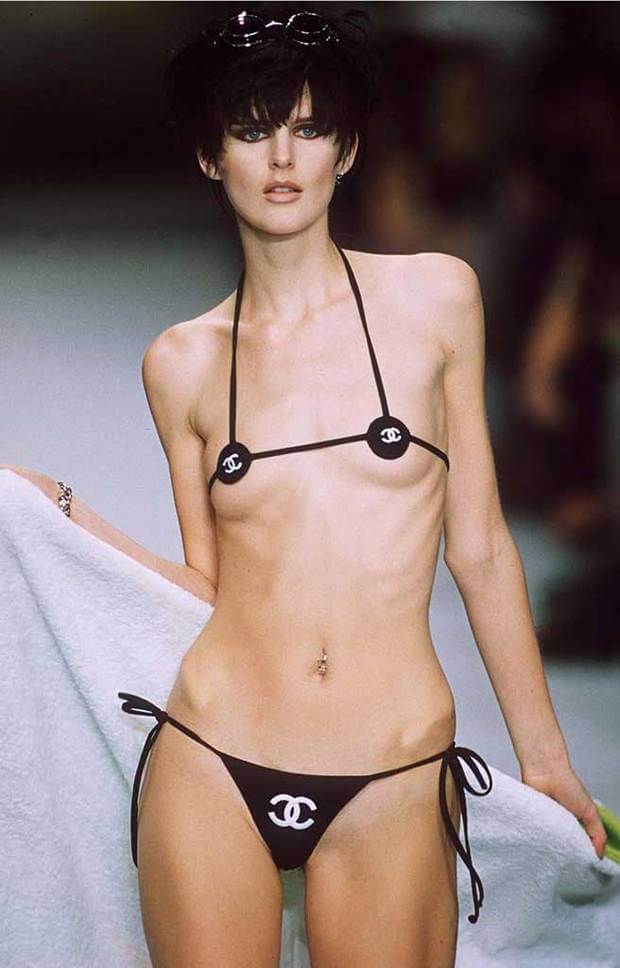 Very few can forget Stella Tennant parading on the catwalk of Chanel wearing a string bikini in the most literal sense: only two double-C nipple covers tied with a black ribbon. When it seemed that everything was already seen and invented, Lagerfeld arrives and confirms the opposite. 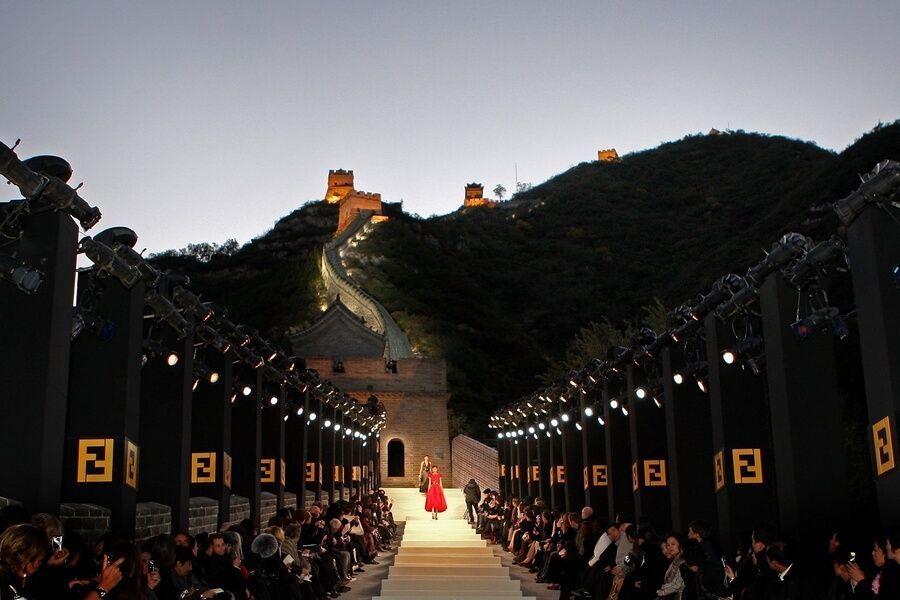 Lagerfeld presented the 88 looks of the spring/summer 2008 collection at the Great Wall of China. It is the first and last fashion show performed at the location. Apparently, the whim cost him more than 10 million dollars. 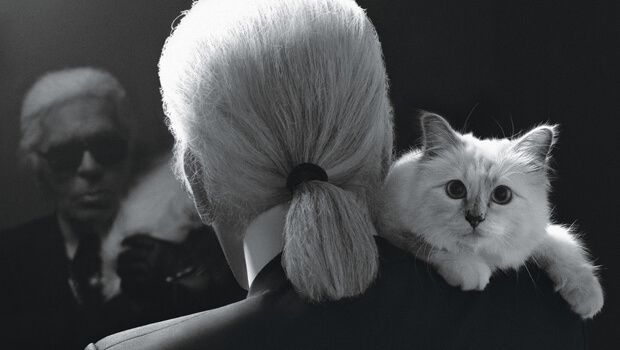 Possibly Choupette is one of the most pampered felines in the world, with a dedicated chef, two personal maids, an iPad and a personal bodyguard. It all started in 2011, when the model Baptiste Giabiconi asked the designer as a favor to take care of his kitten for two weeks. After the return of Baptiste, Lagerfeld refused to return the cat, marking the beginning of one of the best-known duos in the fashion world. In fact, Karl included his beloved white cat in his will, making it the heir to a part of his fortune ($ 281 million). 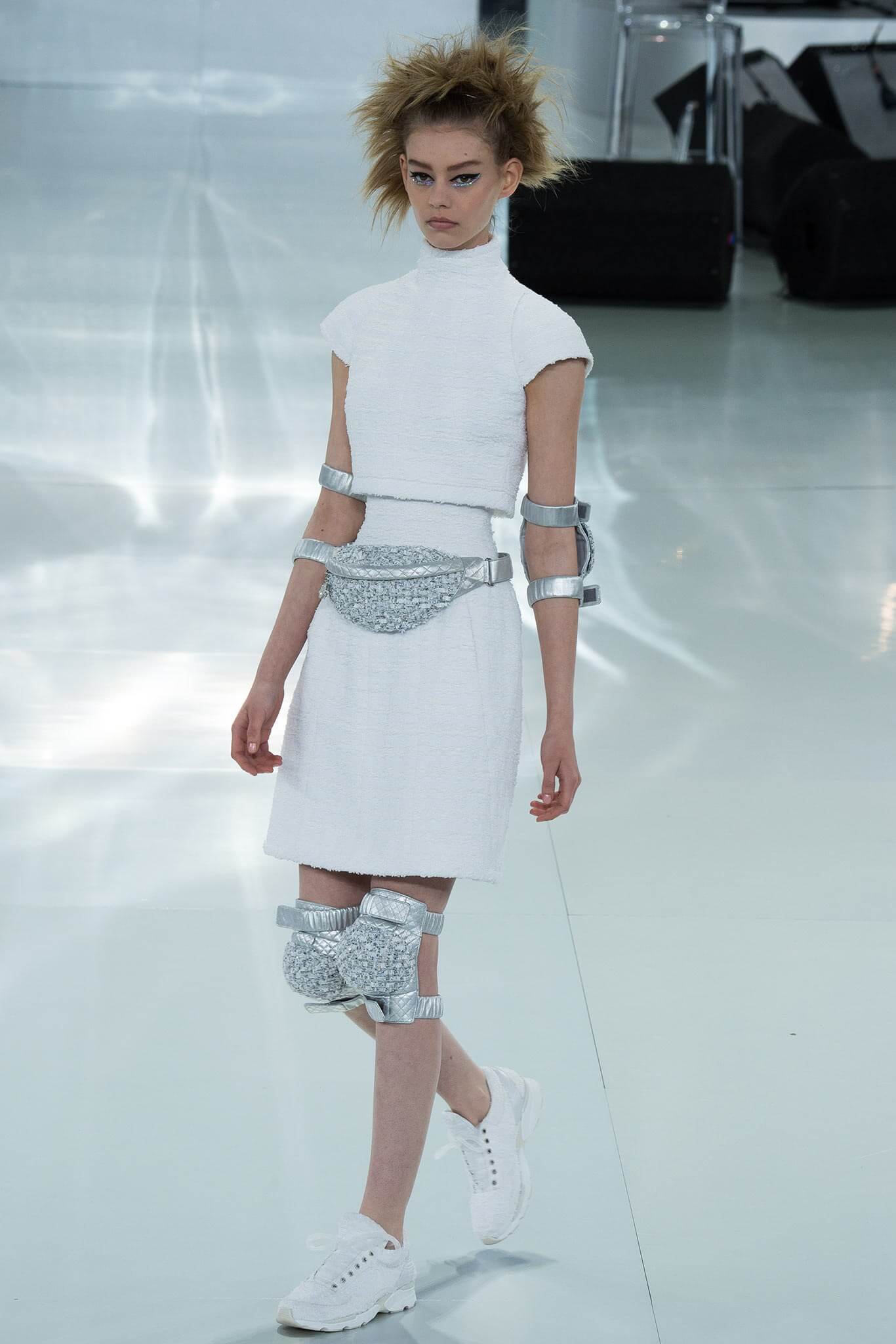 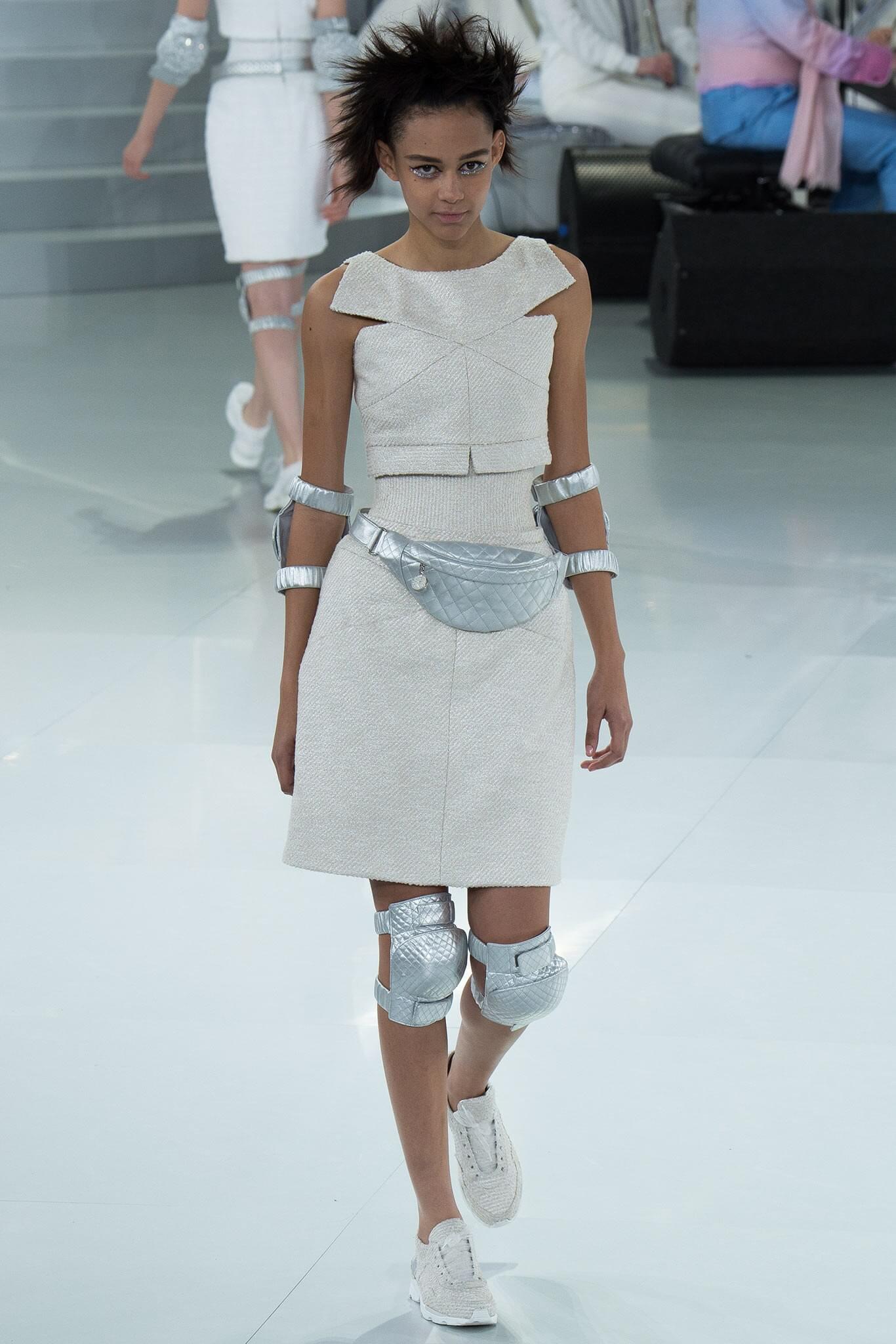 He showed us that haute couture can also have a sports spirit, including knee and elbow pads. A futuristic collection that referred to the light and movement. 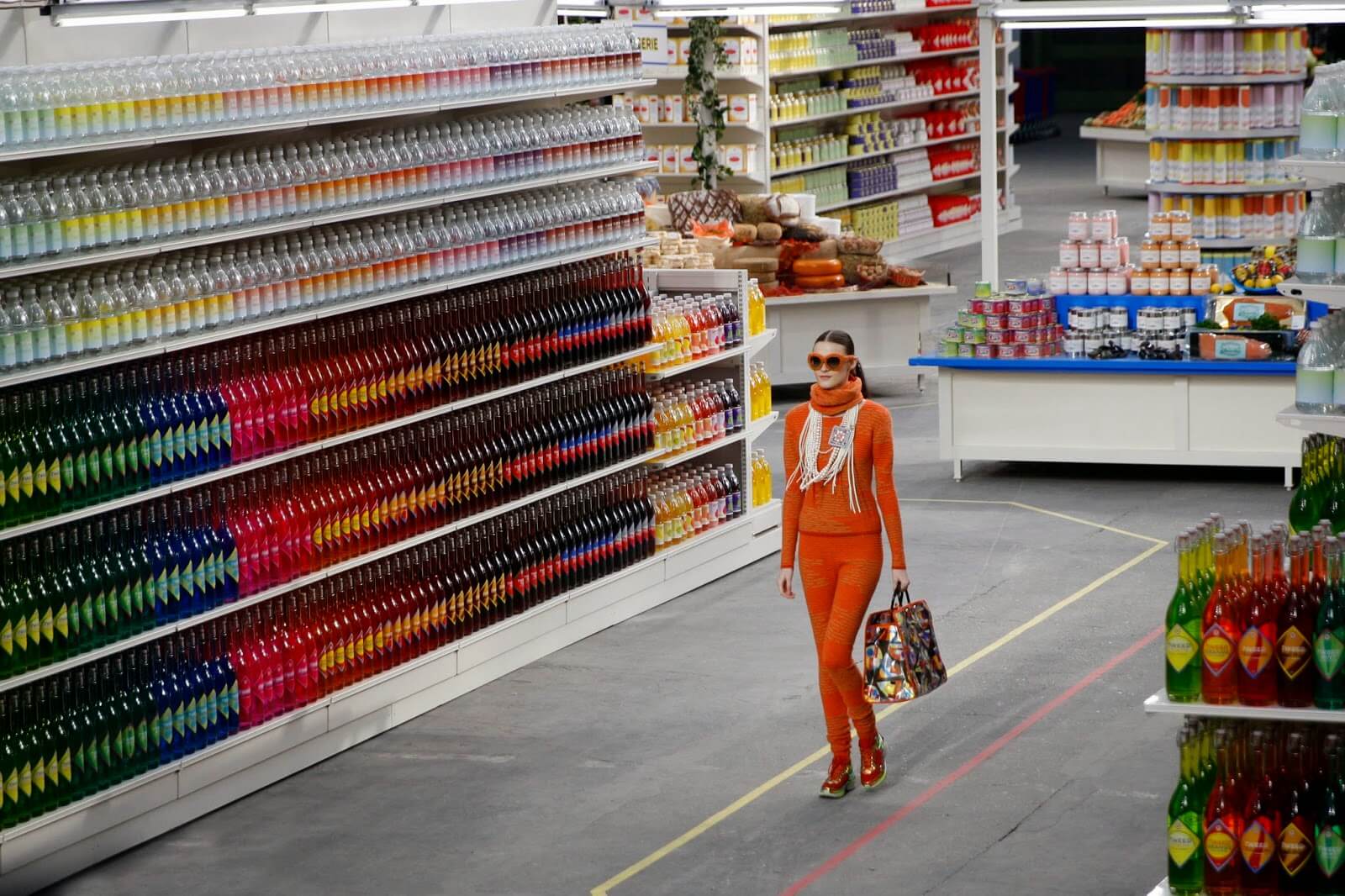 The Grand Palais has been transformed for Chanel shows on many occasions: as a spaceship, with golden lions, in a bar, in an airport, in an art gallery… 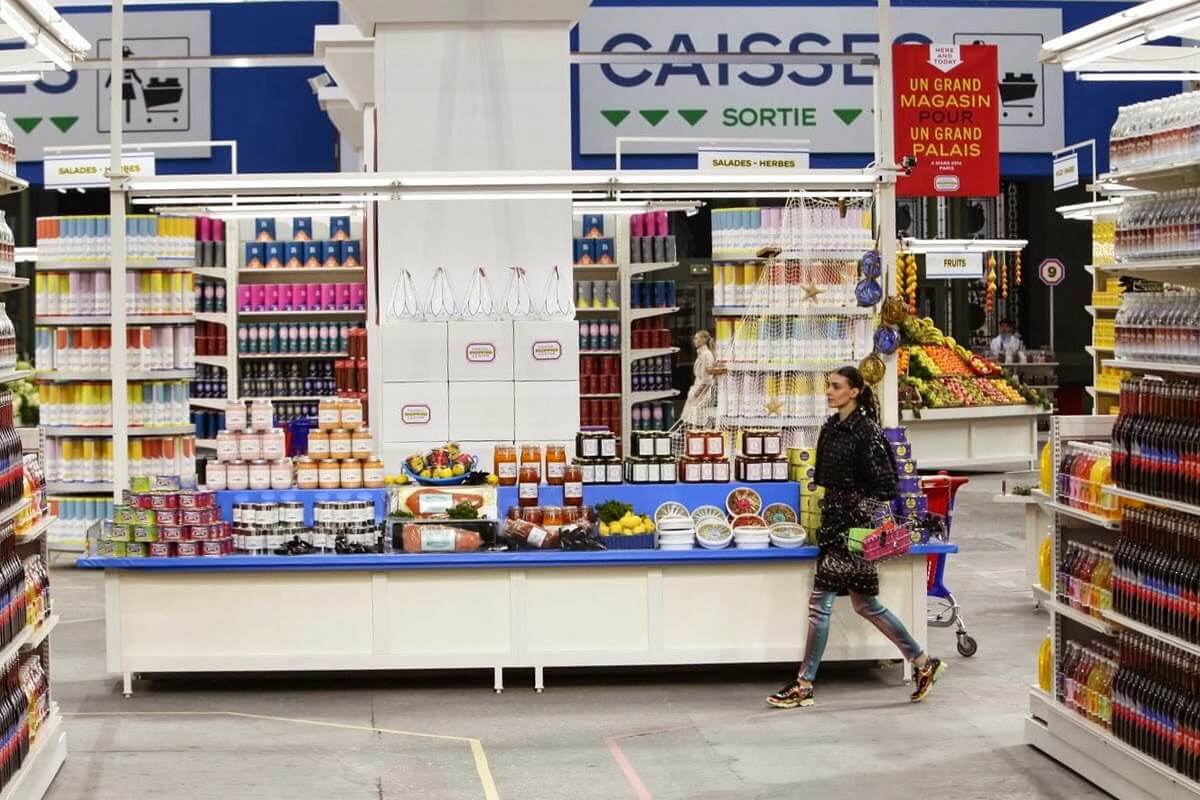 In 2014, this emblematic building became a supermarket called “Chanel Shopping Center” in which all items were personalized with the logo and care to the smallest detail. The fashion show was world trending topic even before it started. When finished, for the pleasure of the attendees and lovers of the firm, all the products of this fake supermarket were for their disposal. The rest was donated to an association. 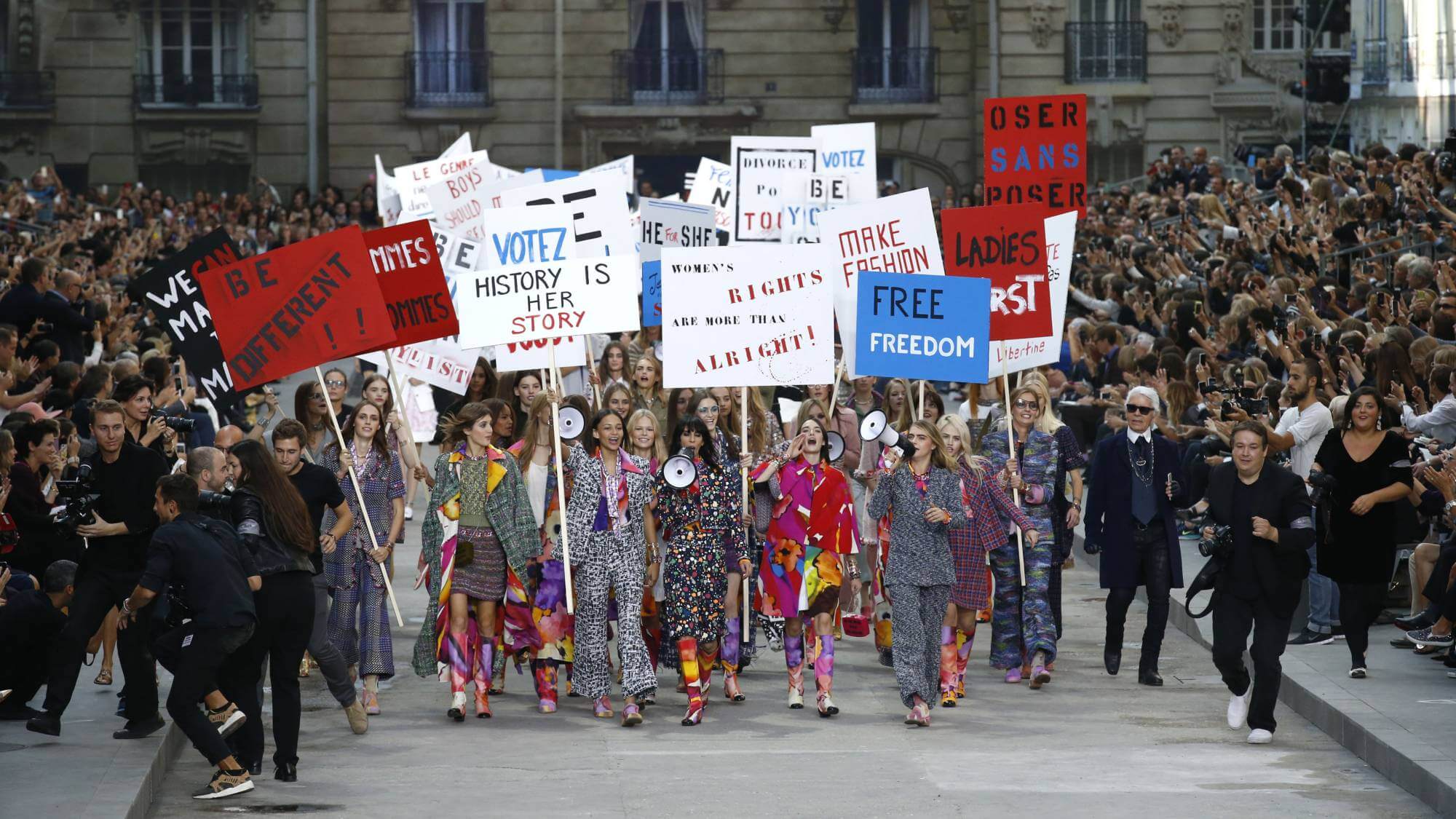 The invitation to the spring/summer 2015 show was a ticket for Boulevard Chanel, with the Grand Palais transformed into a wide Parisian street. What nobody expected is that there would be a feminist demonstration on that street. The controversial show opened a debate about whether a fashion show is an appropriate place for this type of discussion. Despite the criticism, the always unrepentant Kaiser Karl was always proud of this fashion show. 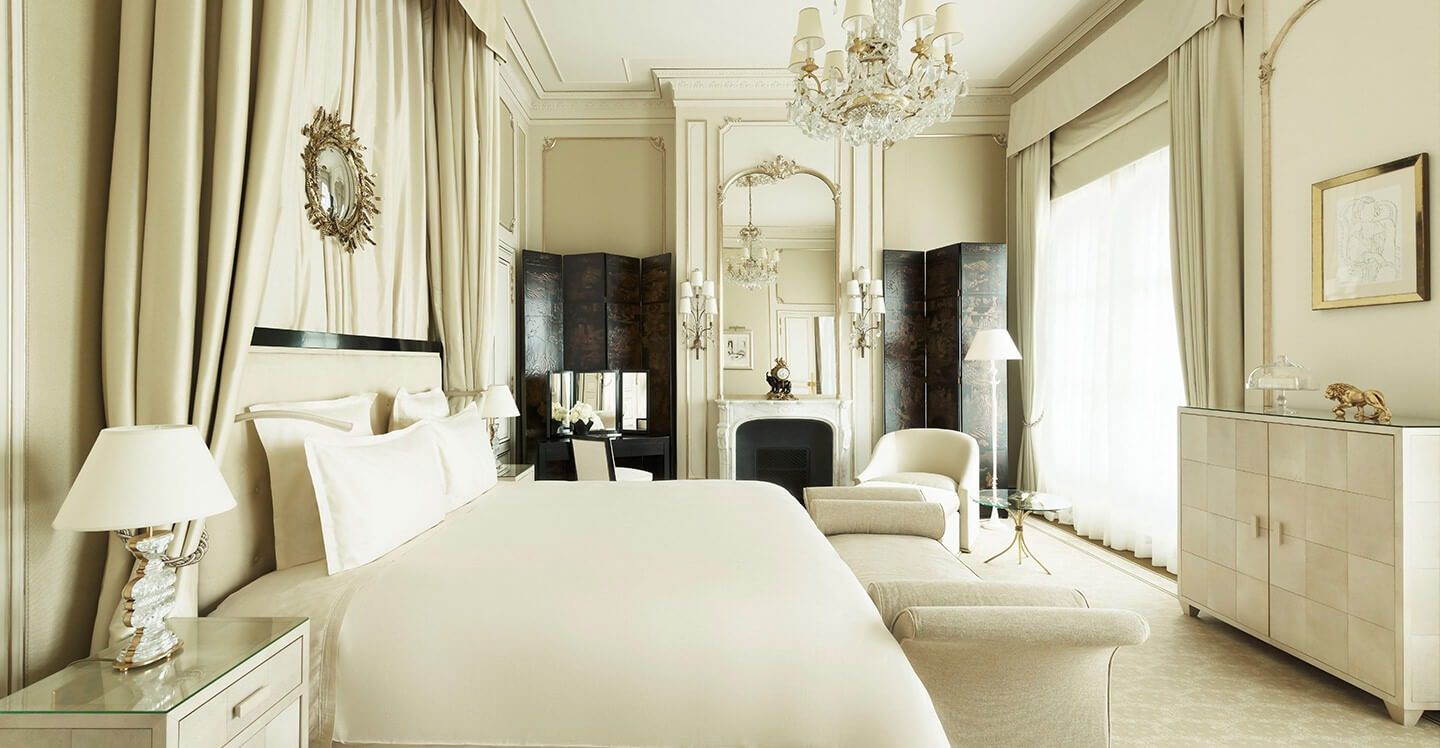 With Karl Lagerfeld Hotels, the designer had planned to develop not only hotels, but also restaurants and clubs. Its first hotel, a five-star hotel with 300 rooms, will open its doors at the end of this year in Macao. In addition, his creativity and good taste can be enjoyed at the mythical Ritz in Paris, both in the only Chanel spa in the world and in the suite dedicated to Gabrielle Chanel. And it is that the revolutionary designer Coco lived in one of the rooms of the iconic hotel for more than 30 years. The price of the suite per night is 18,000 euros. 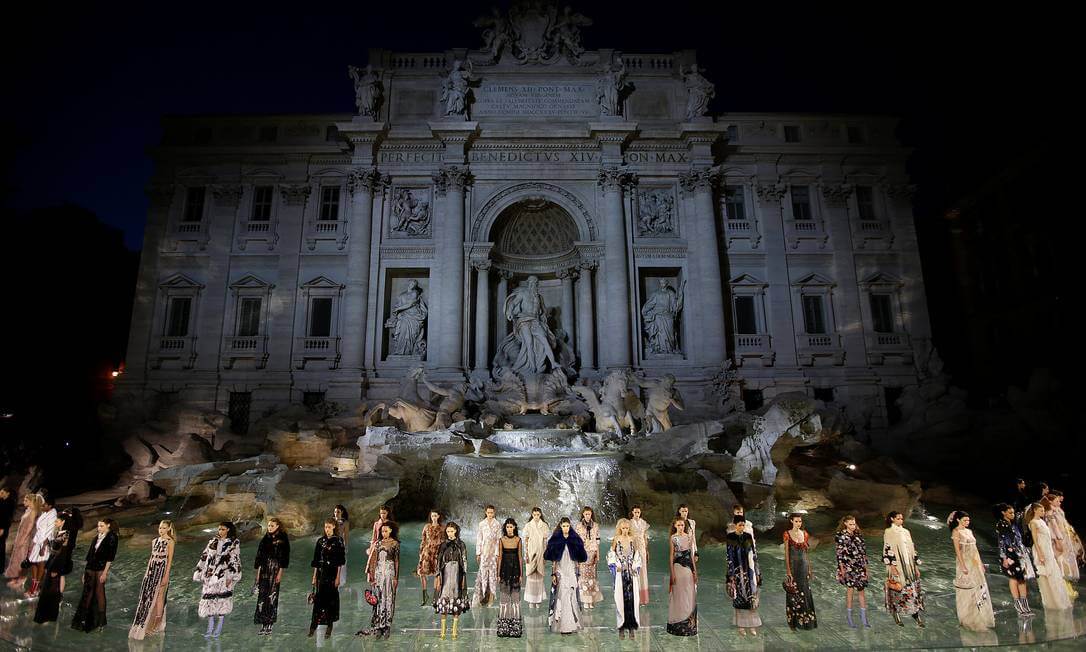 Fendi celebrated its 90th anniversary in the Italian capital, in one of the most famous places in Rome. The Fontana di Trevi looked radiant after a restoration of more than 2 million euros financed by the Italian house. The models paraded on a transparent catwalk, so it seemed that they were walking on the water. It was a magical show that will be remembered forever.

Would you use this Instagram retro?
Air Jordan 4 “Fire Red” ready for Black Friday
A 14-hour queue to order an In-N-Out burger
The show of Chanel Métiers d’Art will be behind closed doors
Outsiders Division bets on upcycling
Two pilots are investigated for deviating from their route to draw a penis in the sky
Miley Cyrus and Dua Lipa present a new hit: “Prisoner
Woolmark Prize 2021: Casablanca and Matty Bovan among the nominees
Generation COVID: Youth Income Drops
Bandcamp offers paid online concerts
Brain Dead and Converse present three new models
The 10 best selling sneakers of 2020