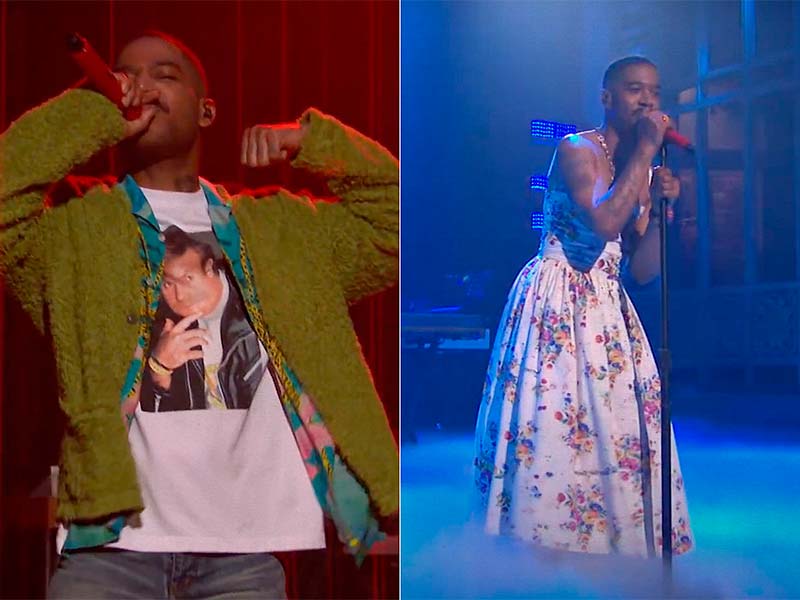 Kid Cudi is designing a new collection for Off-White™

This weekend Kid Cudi set the social networks on fire thanks to his recent performance on Saturday Night Live, where he wore a spectacular floral dress designed by Vigil Abloh. 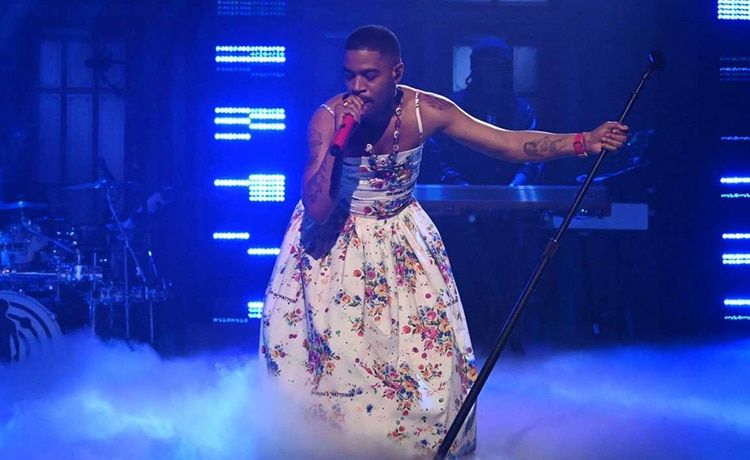 The artist took the opportunity to take the stage and perform two songs from his latest album Man on the Moon III: The Chosen. But it wasn’t the lyrics of his songs that caught the audience’s attention but his wardrobe. Cudi paid tribute to Kurt Cobain by wearing an Off-White™ floral dress whose colors and prints were identical to those worn by the former Nirvana member, while singing “Sad People”.

But this wasn’t the only look of the night. For his rendition of “Tequila Shots”, the rapper wore a Cactus Plant Flea Market x Nike SB Dunk Low; a Kermit green cardigan and a T-shirt that paid homage to the late SNL comedian Chris Farley.

After making history thanks to this iconic SNL appearance, Kid Cudi confirmed on his official Twitter account that he is currently working with Virgil Abloh on a new collection for Off-White™ and that the acclaimed dress will be part of it.

Take a look at the performances to make sure you don’t miss any detail:

You can find the latest news about fashion, music and current affairs on our website.