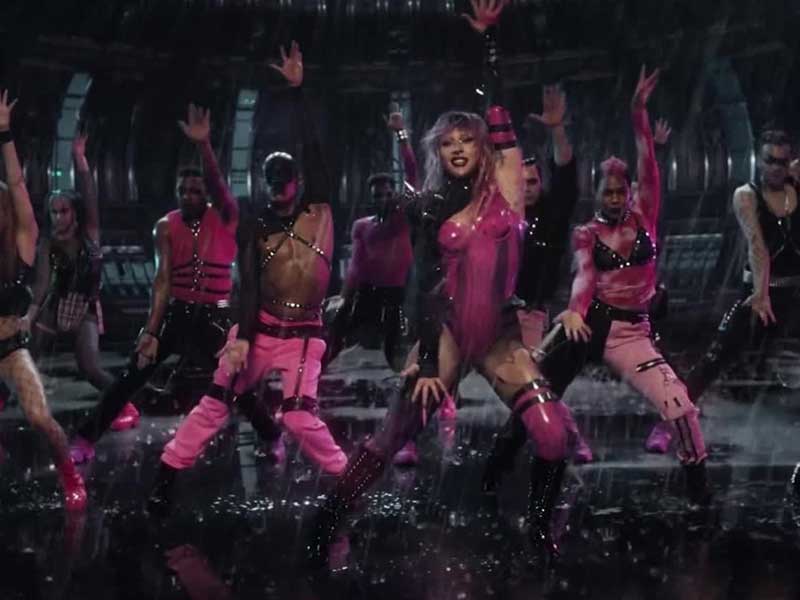 Lady Gaga launches “Rain on Me” video with Ariana Grande

After having recently announced a collaboration with BLACKPINK entitled “Sour Candy” for their next album, Lady Gaga presents her new single with Ariana Grande as part of Chromatica – her next and long-awaited album.

Titled “Rain On Me“, the release follows the series of teasers we saw online last week, including science fiction visuals by the two artists.

The song comes with a 100% cinematic music video by Mexican-born director Robert Rodriguez (director of Sin City), in which Gaga and Ariana are seen dancing in a torrential rain, while wearing an eye-catching latex body suit and minidress respectively.

Lady Gaga has gradually revealed details of her long-awaited album, such as her recent single “Stupid Love“, as well as the official cover and track list.

Lady Gaga launches limited edition Oreo cookies
The sound of the future
Lady Gaga stars in her own make-up collection campaign
Hackers ask for 42 M euros or will reveal the privacy of Lady Gaga, Trump and more