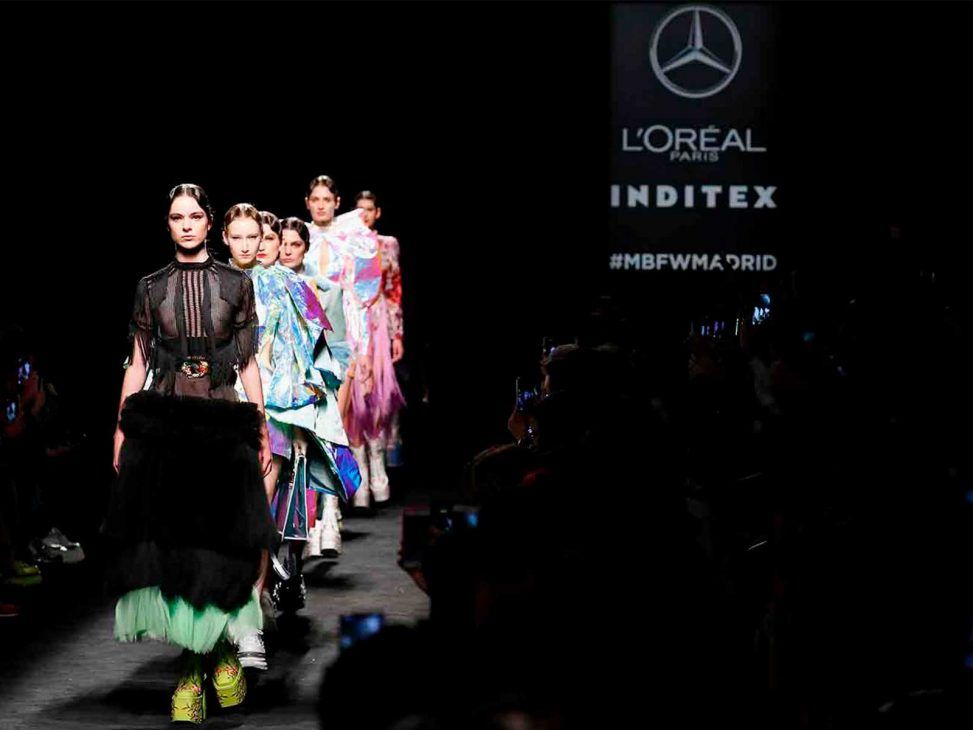 On Sunday 13 March, a new edition of Mercedes-Benz Fashion Talent, a competition that rewards young talent and emerging fashion in our country, will be held once again. 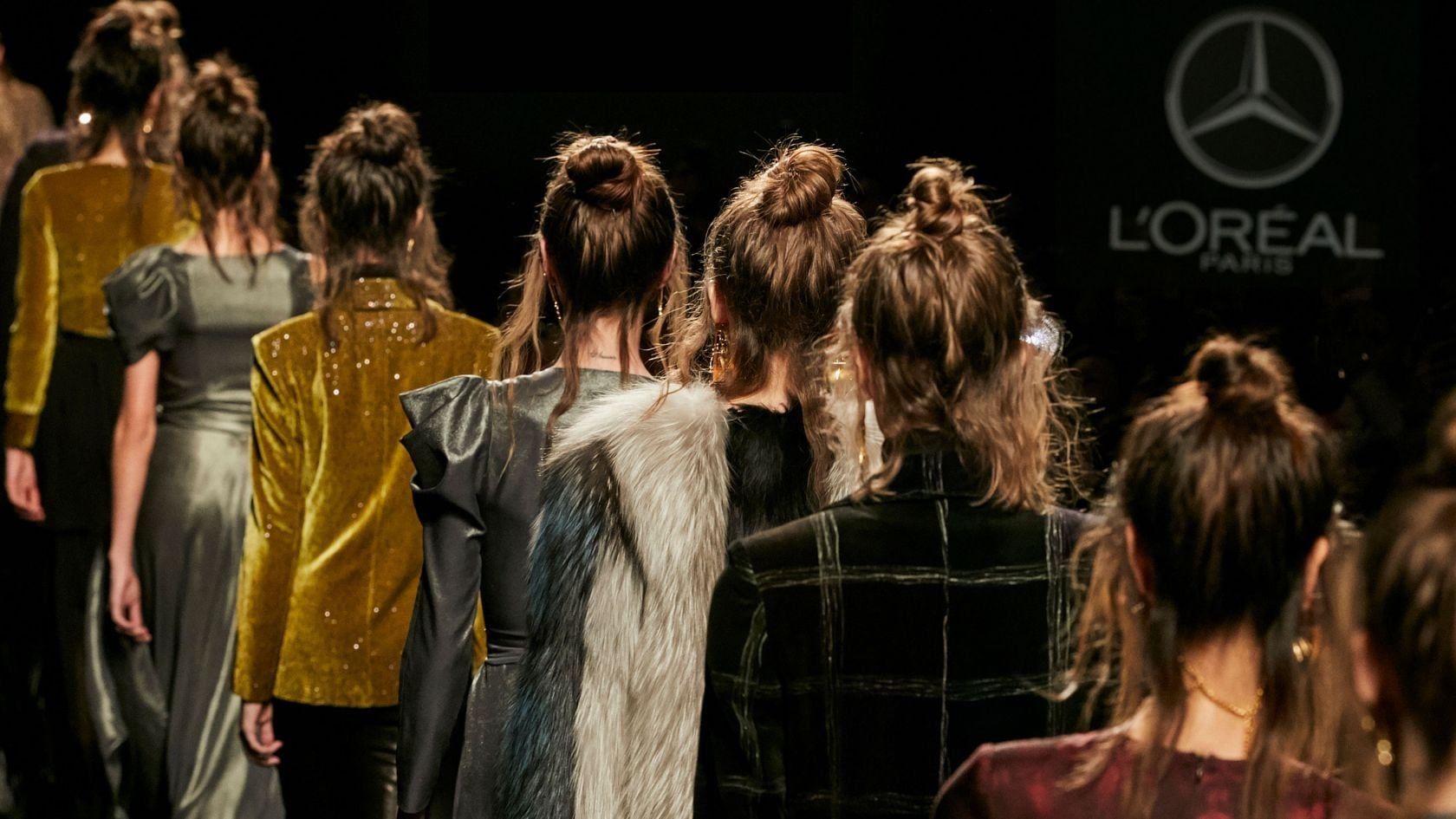 ALEJANDRE, COMPTE, EMEERREE, GEORGIELA STUDIO, GUILLERMO DÉCIMO, JUAN VG, NIMPH, REPARTO STUDIO and RUBEARTH are the 9 firms that are competing to win the 19th edition of this award. As a novelty this year, Mercedes-Benz Fashion Talent has once again regained its international character and the selected firm will walk the catwalk at Mercedes-Benz Prague Fashion Week.

To choose the winning collection, the jury – made up of professionals from different disciplines within the fashion industry – will place special emphasis on the sustainability of their creations. The proposals include local production and the reuse of fabrics and garments (upcycling). 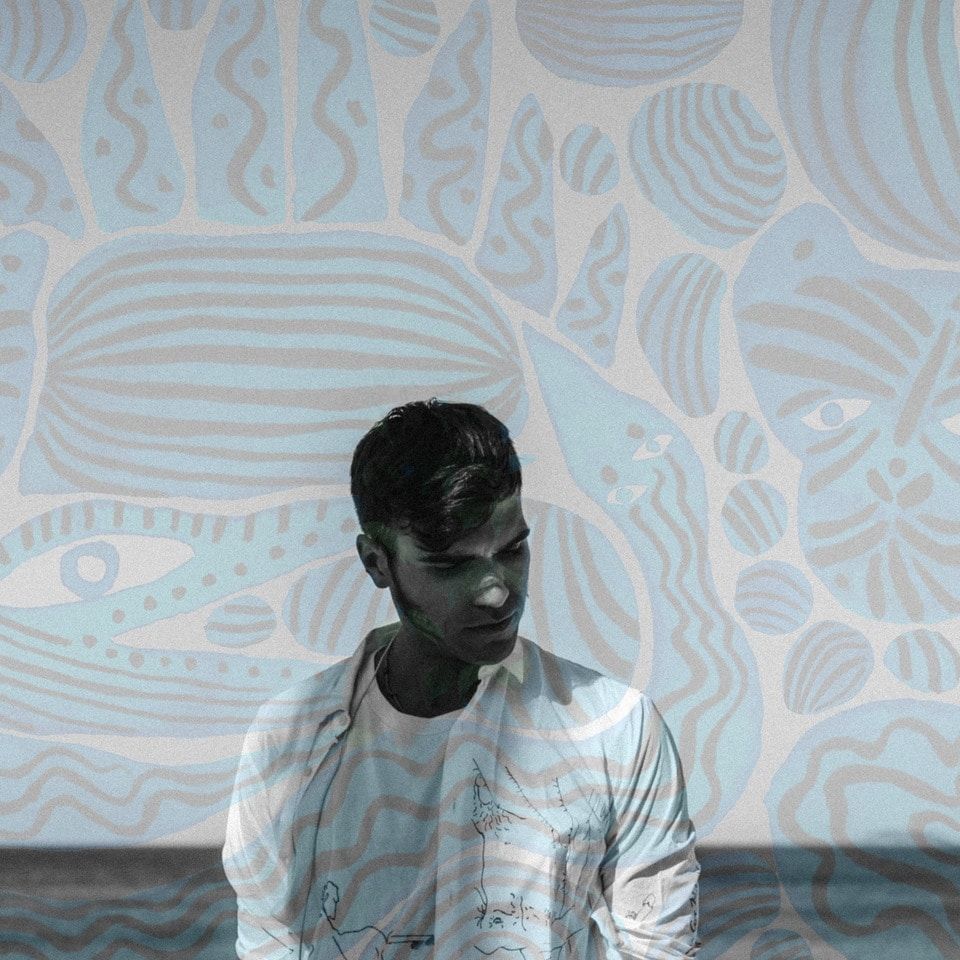 Rubearth‘s new collection takes us on a journey through the countries of South America. The lost traveller no longer distinguishes illusion from reality, and among the shadows and mists appear motifs from another world. Colours he has never seen before. Unimaginable shapes. And sounds in new frequencies. The mirages of the journey accompany the explorer, who also explores this year wilder prints, renewed silhouettes and the Epiphany of the journey as a true treasure. With this, Gabriel recovers the magical realism imprinted in his Venezuelan identity, bringing to Europe the wonders of the continent where he was born. 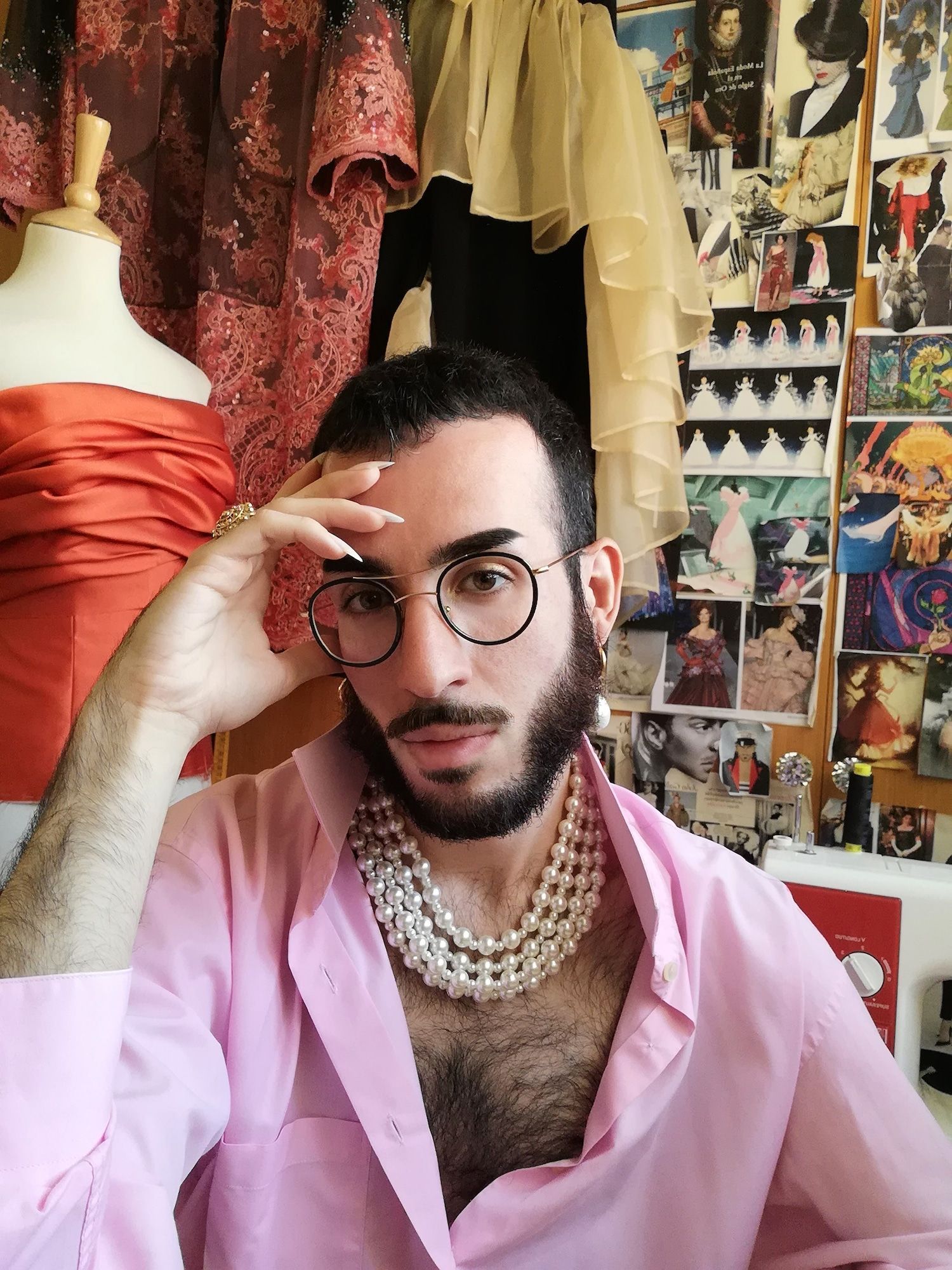 ‘THE SLEEPING DREAMER’ is the conceptual continuation of ‘Queen of the night’. After that long and intense night between the Opera and the best parties in town, that diva protagonist decides to go to sleep. This is where this new fantasy begins.

There are thousands of micro dreams and images which, after so many stimuli experienced hours before, once our eyes are closed, begin to emerge and intermingle in our subconscious. This mixture between reality and fiction, which becomes one when we dream, is what motivates this journey.

A collection full of magic and fantasy in which the power of colour, brightness, music, dance, textures and silhouettes make our imagination fly towards everything we once wanted to be and achieve. 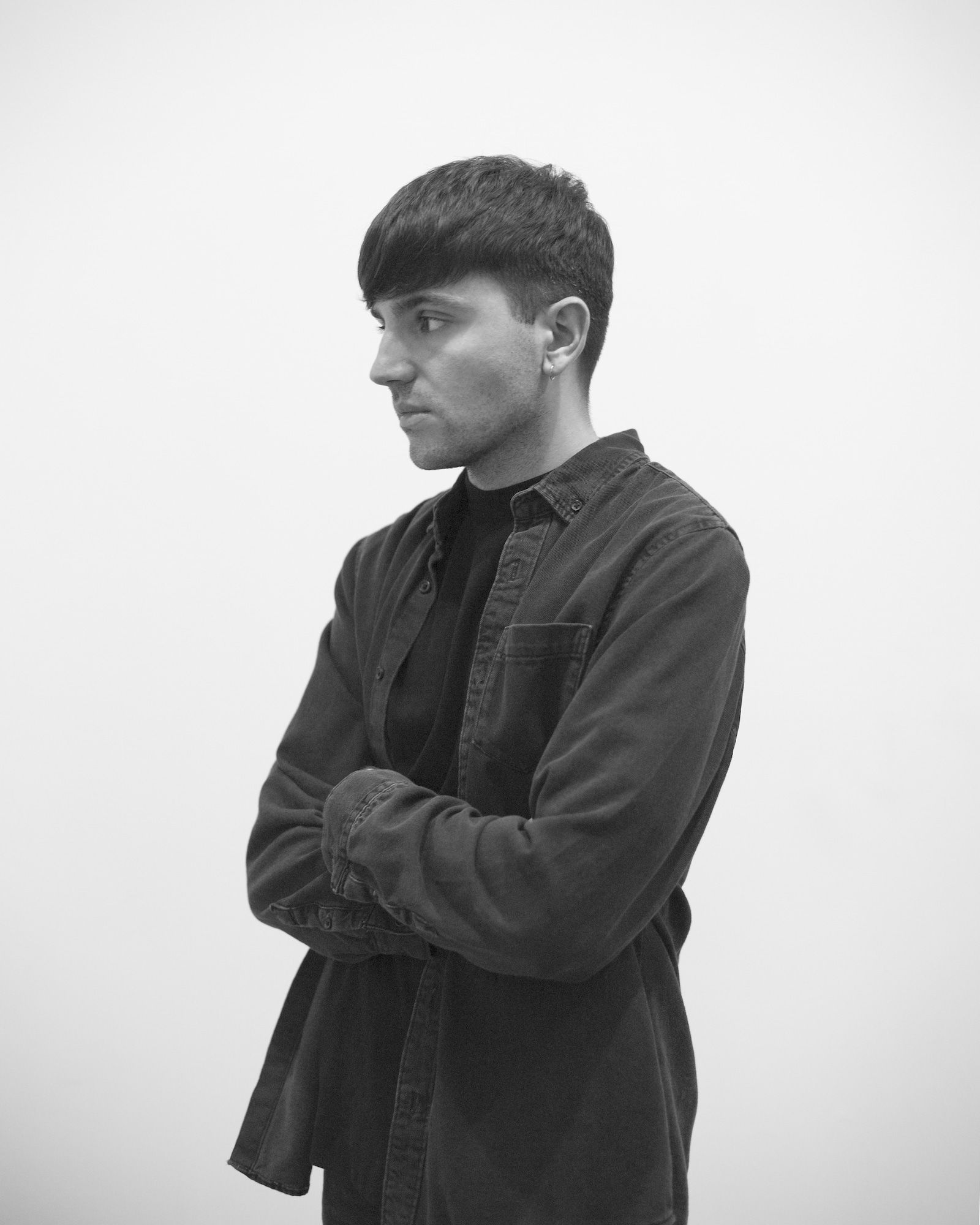 ‘LIFE IS NOT A FAIRY TALE’ is COMPTE‘s first collection/story and is inspired by the origins of children’s stories. In the past, the stories told to children were not as we know them today. They had dark undertones that were intended to teach and make children aware of how hard real life was. Horror stories about mutilation, pain and blood…

This collection does not focus on any particular tale, but talks about pain, dismemberment, suffering but, above all, it talks about overcoming, regenerating wounds and repairing what has been damaged. In the end, life is not a fairy tale, but let’s learn to live as if it were one. ‘Life is not a Fairy Tale’ thus becomes a brand statement where pictorial and contemporary references are important. 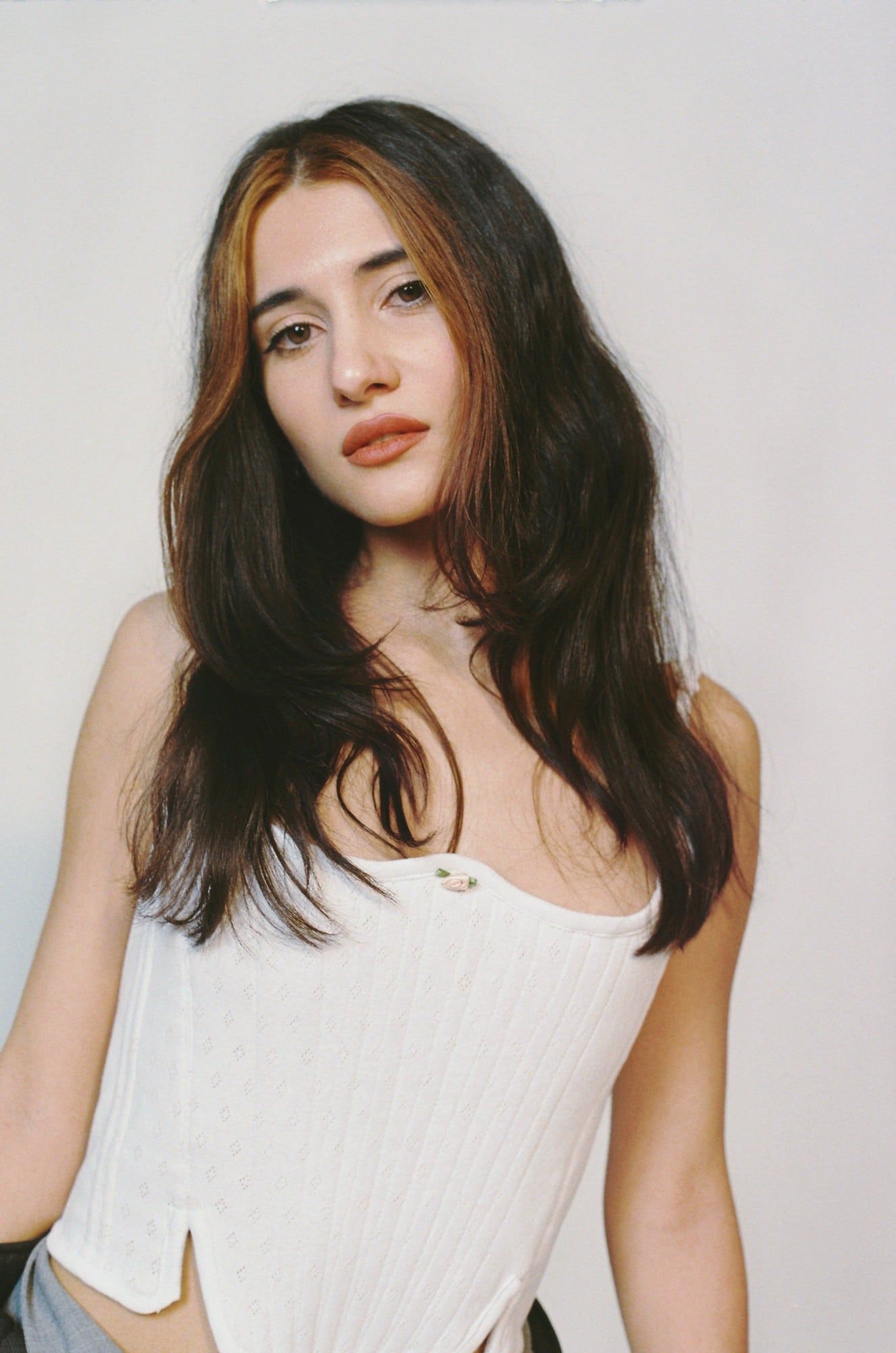 The collection, ‘Beauty Body’, is developed around the concept of the expression of the female body, redefining it as a tool for women’s self-empowerment. Classic patterns are reinterpreted, giving rise to shapes that reveal the body and accompany it, generating a discourse between the garments and the female silhouette, resulting in a special association between the two. In this way, their exposure is normalised and their beauty itself is exalted, along with their sensuality and sexuality, without any kind of censorship, leaving aside social taboos, moving away from political correctness, standards and marked stereotypes. 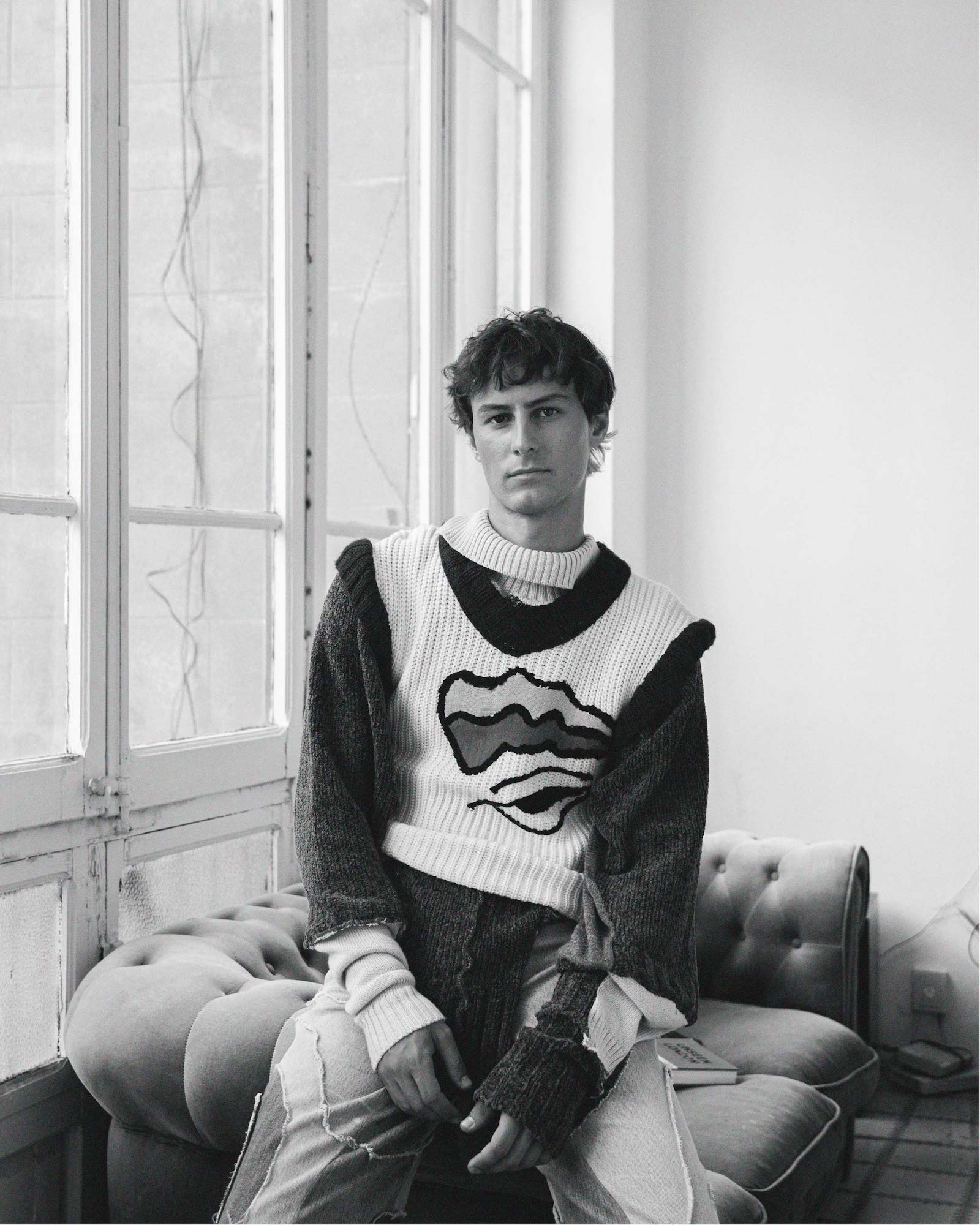 The eighteen looks in the collection are composed of totally upcycling and genderless garments, ranging from oversized garments to jewellery pieces and slim cuts. All the garments are characterised by the use of patchwork and exposed seams.

For the collections, JUANVG always takes as a reference all the more formal garments such as suits, shirts and ties and transforms them to give them a more modern, fun and daring design, which attracts the attention of today’s society, and mixing them with denim or knit garments, creating a more streetwear aesthetic. 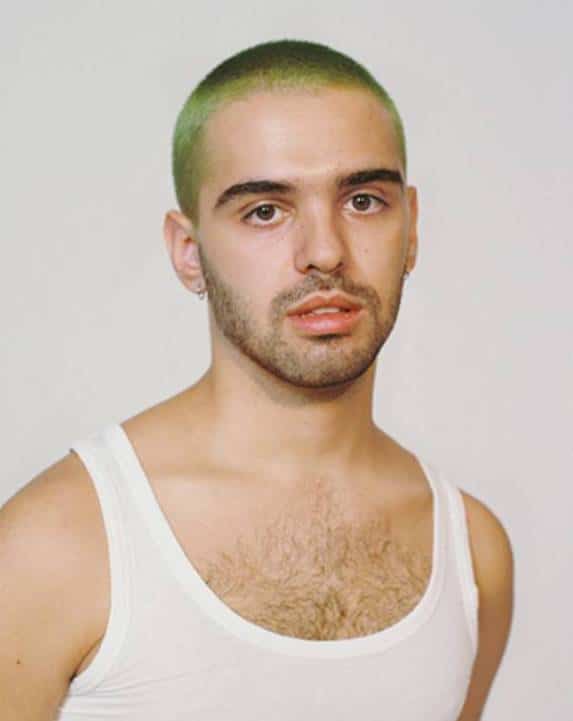 The Hound is a key figure throughout the history of hunting. It is the faithful dog that does the dirty work, but really the mastermind behind it all. It reflects aggressiveness and danger, but at the same time intelligence and cunning.

In this collection, Emeerree starts from the concept of the hound, its environment, its relationship with hunting and the natural space. It captures its aesthetics, the elements of this history and the particularities of the clothing used in hunting to combine it with the brand’s own DNA. In this way, it wanders between several concepts: the figure of the hunter, the prey and the hound. The human, the animal and the forest. Not trying to distinguish between them, but creating a hybrid between this experience and the space in which they are found, which take shape together in the collection’s outfits. 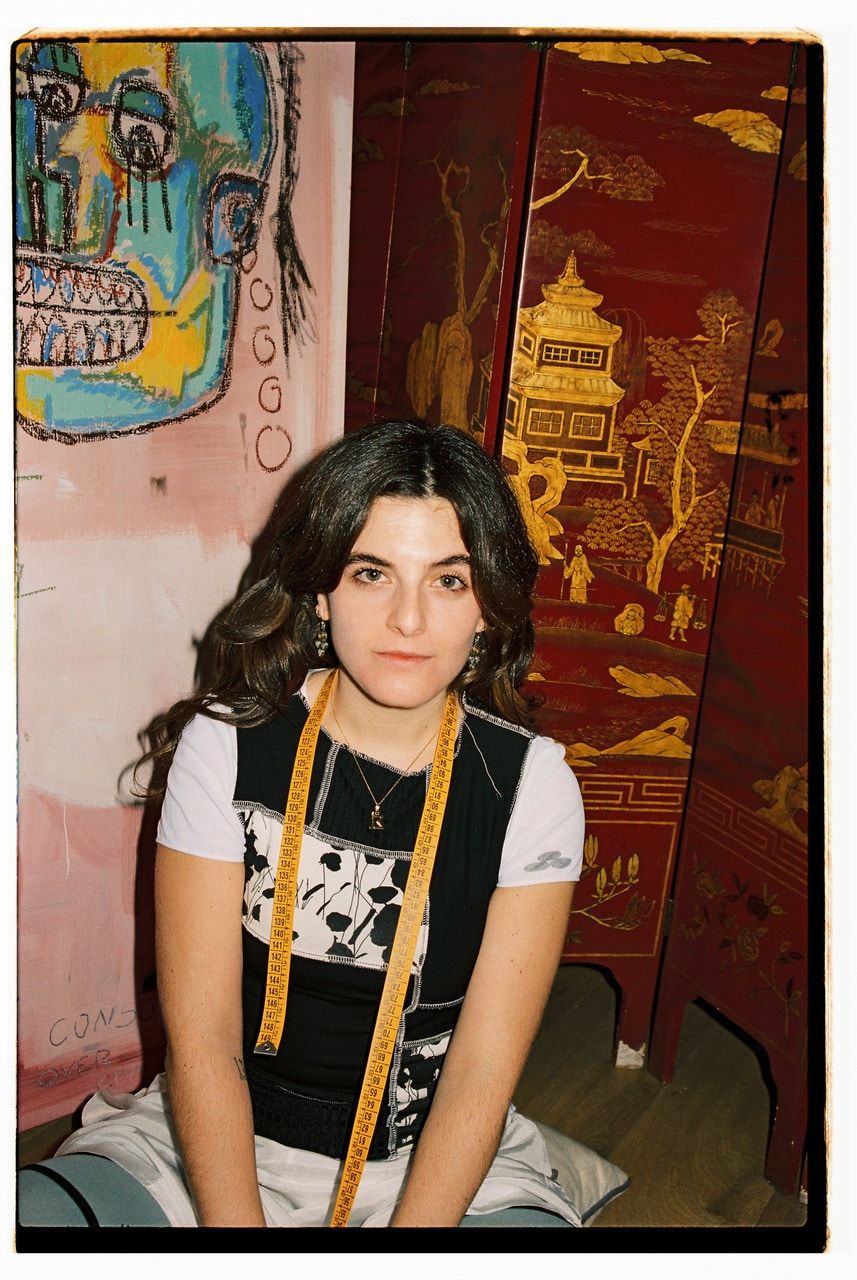 ‘The Descent’ is NIMPH‘s debut collection on the catwalk and aims to present the fantastic and utopian world of the brand and the creatures that inhabit it. The collection is a game of contrasts between nature and a strong futuristic air that is perceived through the construction of the garments, the combination of fabrics and also taking risks through the colours. 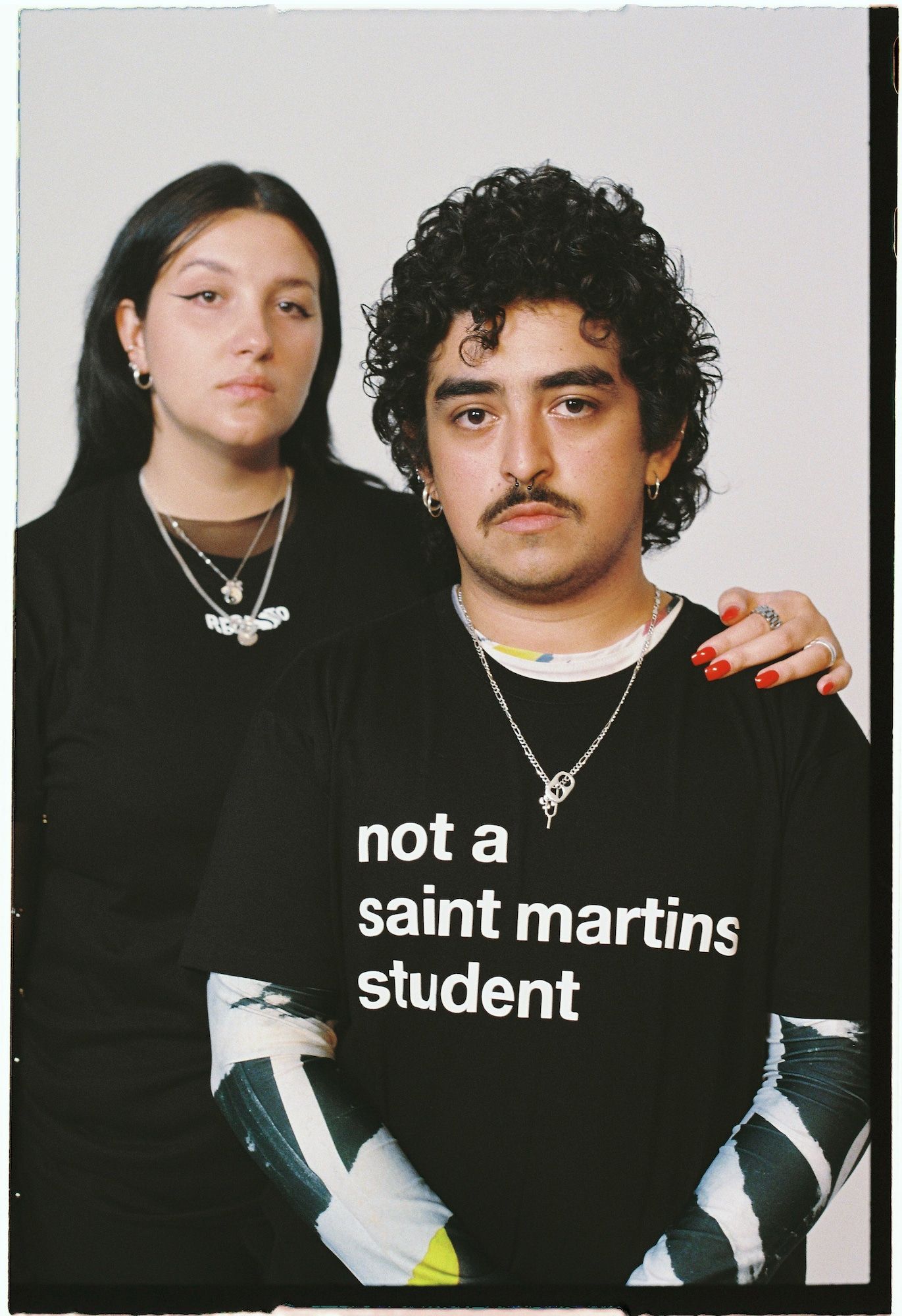 ‘Spoiler’ is a term used in English to name the text that anticipates, reveals or advances the plot of a film, ruining the final surprise.

This collection, without any intention of spoiling the next ones, has managed to reveal, with a more mature style and concept, what REPARTO could be from now on.

‘Spoiler’ brings together each character by researching and experimenting with new materials and techniques: draping on mannequins using only piercings, recycling aluminium to create sequins, knitting from plastic bags, patchwork with lace, 3D printing… 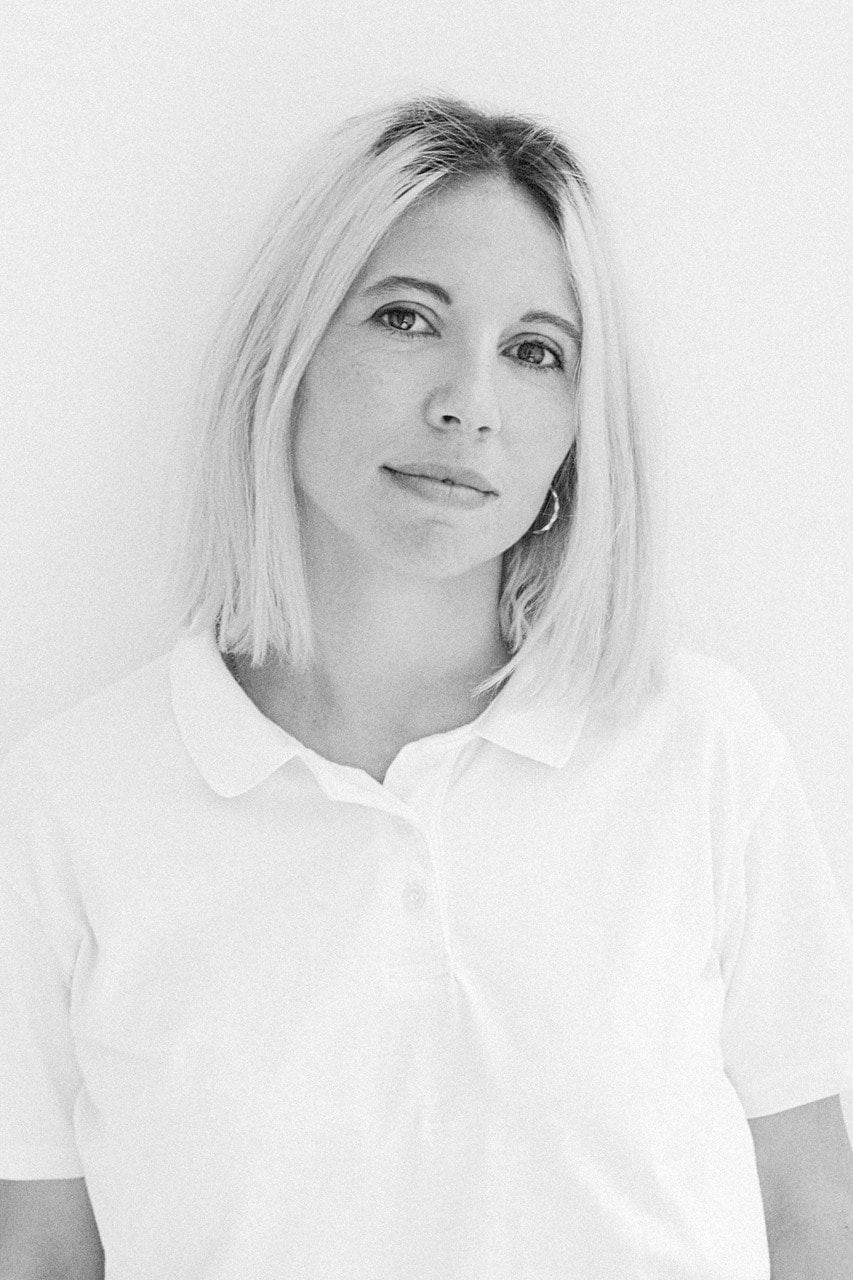 Maintaining the brand’s DNA, the concept of temporality, avant-garde design and femininity predominates. In this collection we will continue to see a lot of ruching, draping, fluid and ultra-feminine fabrics with a range of strong colours and where the total look predominates.

It is inspired by the lingerie of the 50s, where women showed off their curves, a lot of transparency, volumes and very exaggerated cuts. The styles are adapted to the hourglass shape of the time. Glamorous and shaped lingerie. All of this in a very wintry environment, represented in the accessories of each look and in the subtlety of the pure white and the movement of the snow.

And speaking of MBFWMadrid…. We tell you all about the second edition of Allianz EGO Confidence in Fashion.