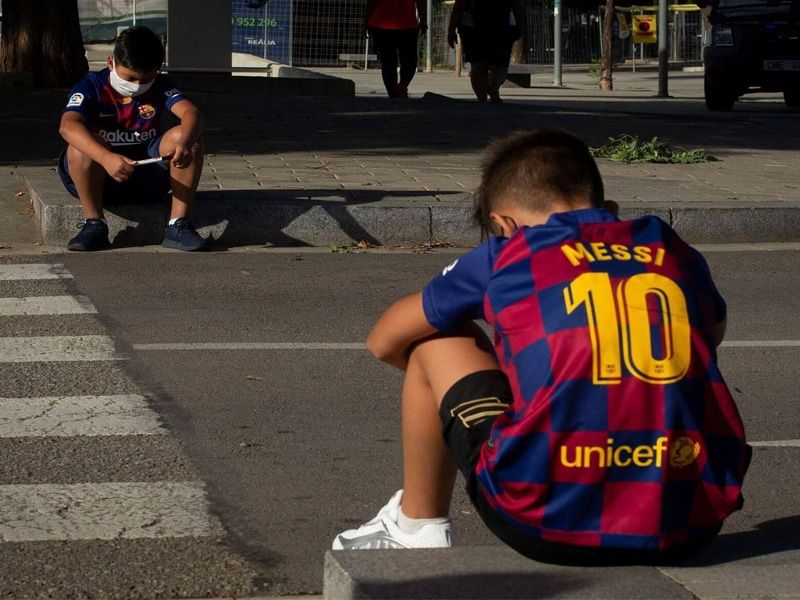 Messi: Self-destruction of the God of football

Lionel Andrés Messi has decided to leave Barcelona. Twenty years after his arrival as a child, the Argentinean star wants to leave the ship. Two decades of glory and hardship for the best player in history. A sledgehammer for the Culé parish. Here is his story. 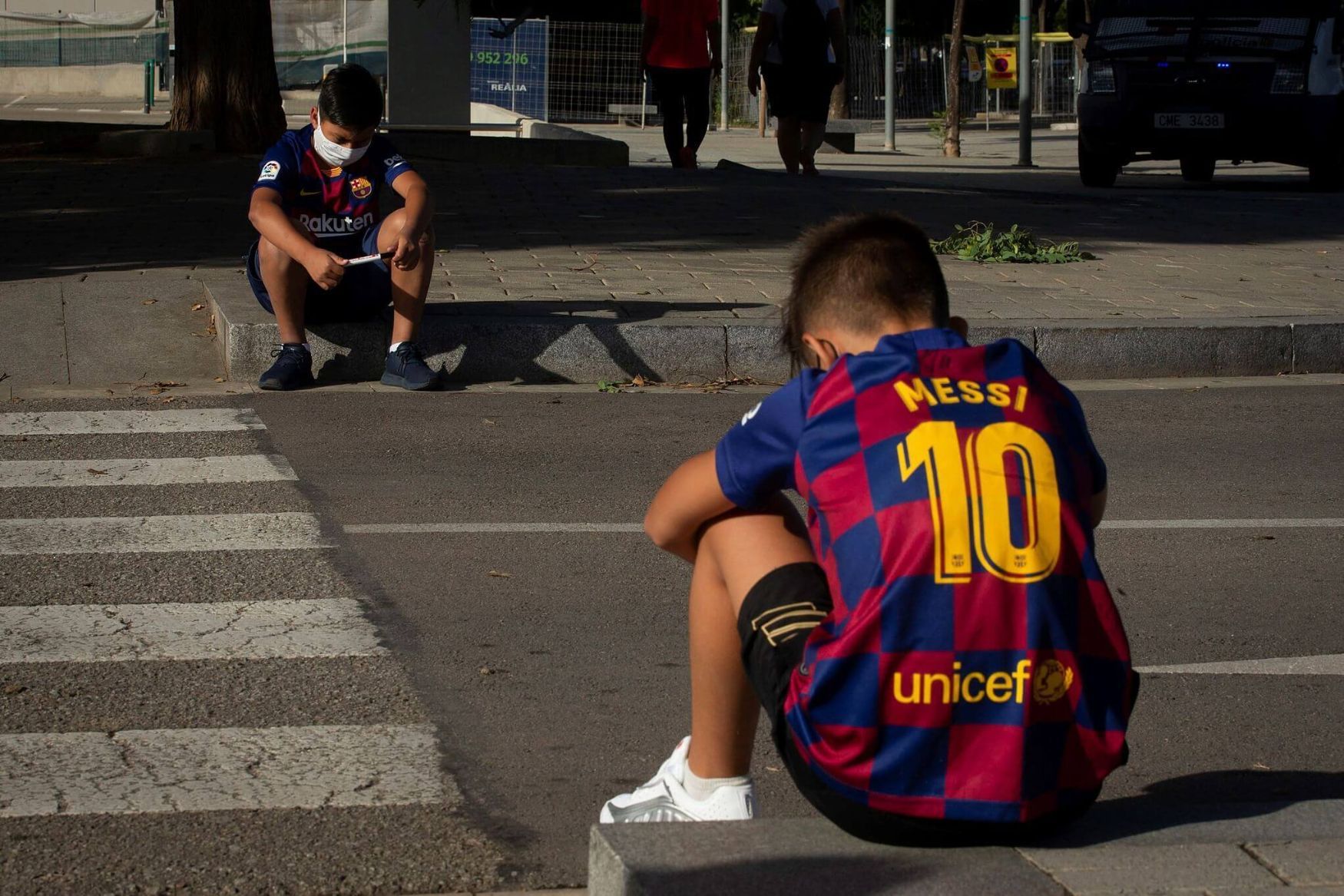 Twenty years ago now, a very young Lionel Messi wore the Blaugrana jacket for the first time. Only 13 years old he was counting the then future jewel of the quarry. Charlie Rexach, Jose Maria Minguella from Barça and Horacio Gaggioli from the Messi committed themselves to join their paths by signing Lionel’s first contract on a napkin. The romanticism, so absent nowadays in soccer, became the main character in an operation that would change the history of FCB and the king sport.

During these two decades, Messi has illuminated the green of the Camp Nou every time he stepped on it. Sponsored by Ronaldinho, Leo scored his first goal in the First Division against Albacete in 2005. A delicious assist from the Brazilian that Messi finished off with a sublime lob over the goalkeeper. His first goal as a professional predicted many evenings of joy in Barcelona. After the Joan Gamper Trophy that summer, Capello asked for his loan for Juve and Inter Milan put the 150 million dollar buyout clause on the table. However, Leo had no doubts and stayed. The following season, Barça won the Champions League after beating Arsenal. Messi missed the final through injury.

The arrival of Guardiola started the golden era of the club. With Etoo, Henry, Puyol, Iniesta and a young Messi, among others, Barcelona reigned again in Europe in the 08/09 after defeating Cristiano Ronaldo’s Manchester United. On this occasion Leo played and scored. That year the Catalan club would achieve the first Sextet in the history of world soccer. The Argentinean genius would score a whopping 51 goals that season.

Ronaldinho’s departure meant that he would inherit the 10’s shirt. The legend of D10S wrote his first lines. With two Champions League at 22 years old and a team that played with its eyes closed, the horizon was clear for Messi. However, Guardiola decided to leave the club of his life to avoid “getting hurt”. By then, the weight of the Rosario-born was undeniable and the future of Barça was all about him. Guardiola, before entering in conflicts, took off and went to New York for a retirement.

The beginning of the end.

After three very intense seasons, Luis Enrique would also leave, leaving a very powerful wardrobe as a legacy. The unstoppable streak of triumphs provoked a series of very debatable renovations on the part of Bartomeu and his board. Among those renewals, Messi’s net 50 million salary. While it is true that there is no player in the world who can overshadow him, it is even more true that a soccer player should never have more power than the president of the club himself. Bartomeu went too complacent and handed over the keys of FCB to Messi along with his new contract. 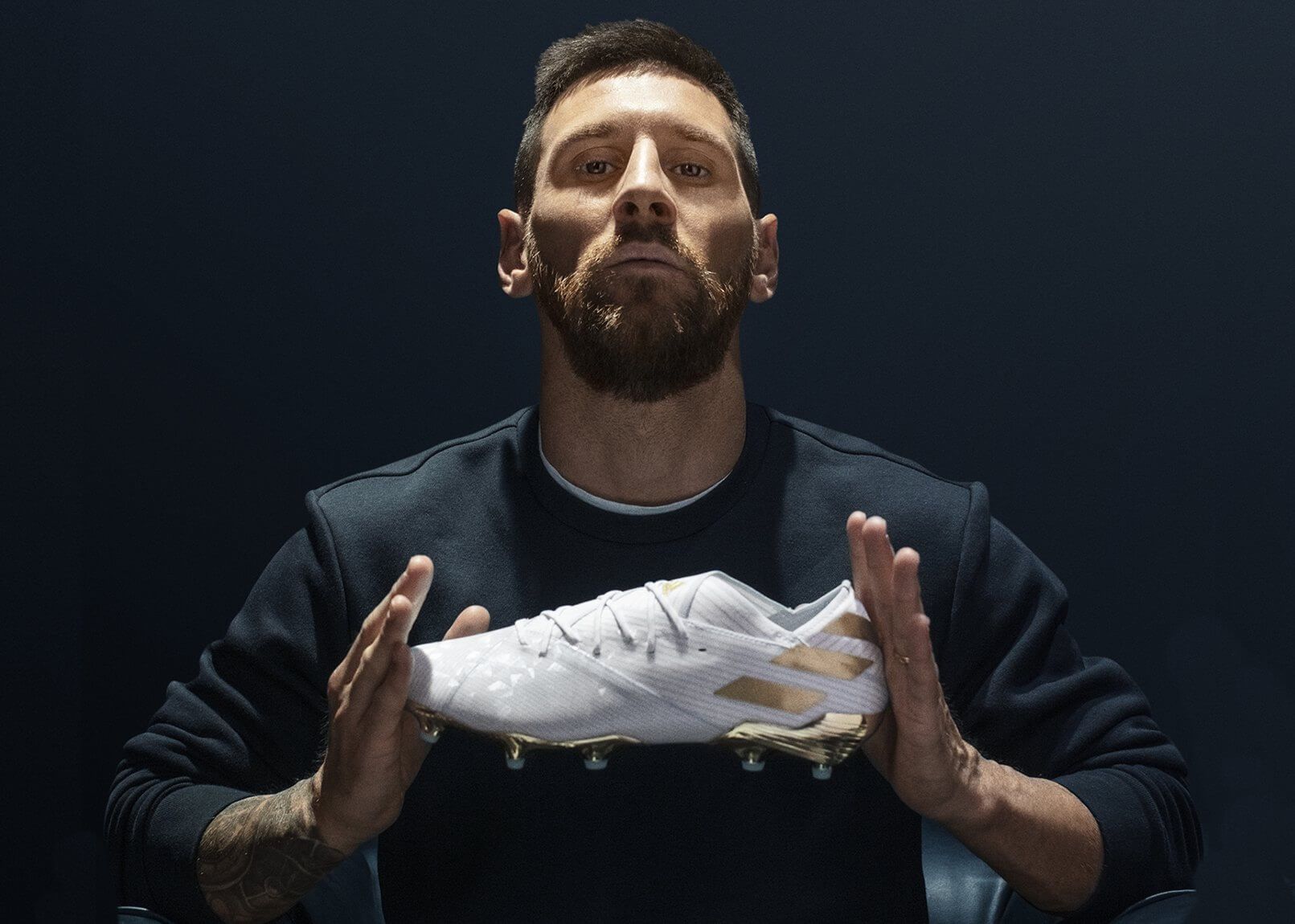 Ernesto Valverde could do little to bring a group of depressed players down from Olympus. His pacifist character and his habit of avoiding conflict led to absolute totalitarianism of the players inside the dressing room. In spite of continuing to win Leagues, the European disaster and the lack of a left hand condemned Valverde, who left without making any noise. By then, Messi already had six Ballon D’Or (more than anyone else in history) and more collective titles than any other player on the face of the earth. Setién came just as he left, without knowing what meant to coach Barça. The debacle with Bayern Munich was the wind that teared down the house of cards that was Barcelona. Majestic appearance and dangerous fragility. Total destruction to rebuild a legendary club from the ground up.

The self-destruction of God

When a team suffers a humiliation like the one Barcelona suffered in Lisbon, its captain is expected to come out and apologize. Ten days have passed that have seemed like ten months and Leo has not said a word. Well yes, he has sent a burofax asking to be released. Shameful. 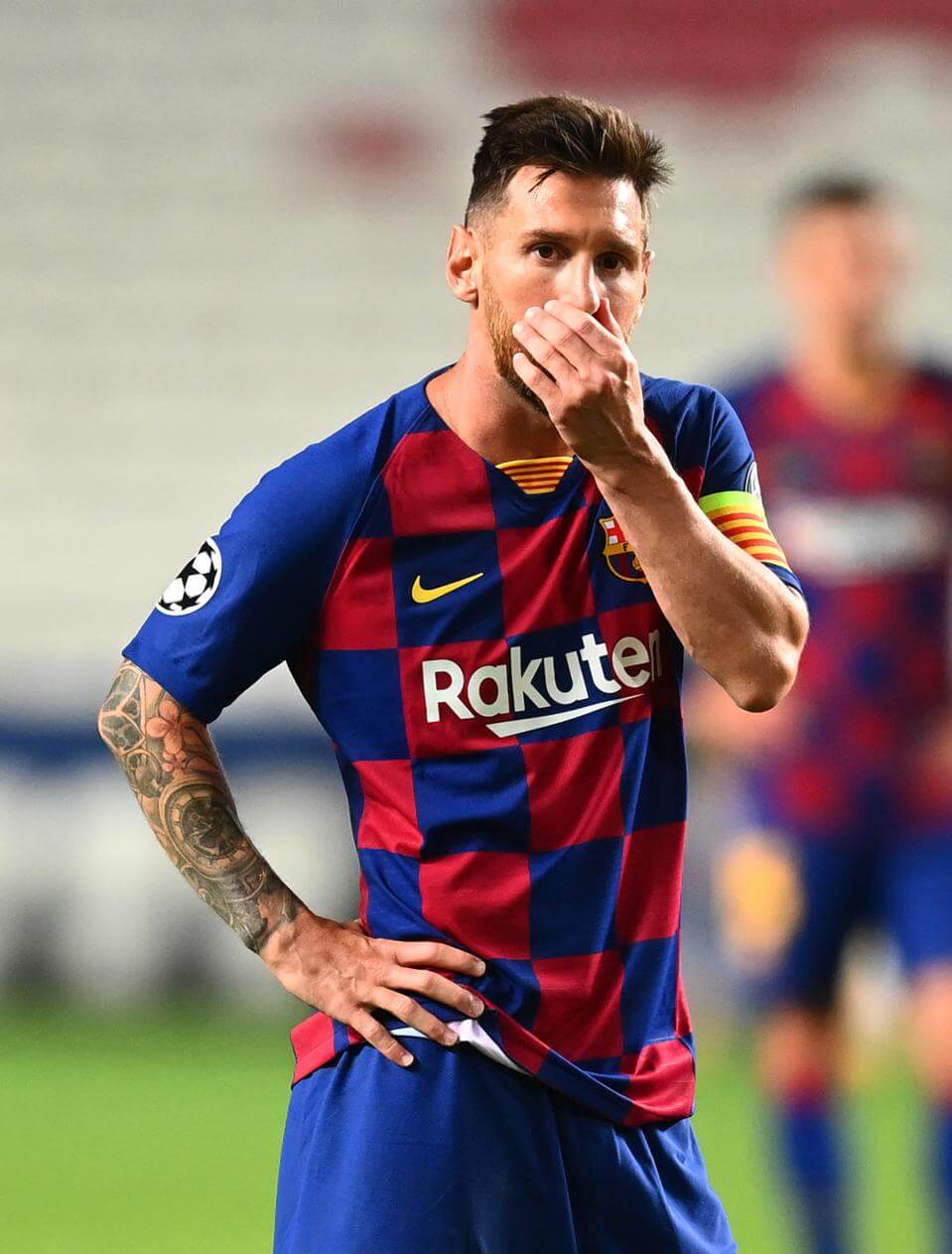 A player of the stature of Messi, an FCB icon, a legend of incalculable dimensions, sends a burofax to terminate his contract. WTF bro!! Bartomeu has given so much power to Leo, that the player feels empowered to ignore an existing contract in order to get out on his own. A player of his stature gives no explanation for this season’s disaster they made and, when he sees the ship sink, he jumps with women and children to save his head. A myth like Lionel Andrés Messi hides in the most critical moment of recent culé history instead of hitting the table and making himself available to the club to find solutions. D10S has died for many.

The information poured out in these almost ten days has been crazy. Opinions and statements from all corners of the planet, from fans and professionals, from bar and TV chats. The incredulity of the news has left everyone petrified. I don’t think this was the revolution that Bartomeu announced. And the story is not over yet.

¿The beginning of the end?

Today the player’s father landed from Rosario to try to tame the beasts and find a solution. At this time the only thing Jorge Messi has said is that he sees “his situation in Barcelona as difficult”. Difficult, not irreversible. Difficult, not impossible. 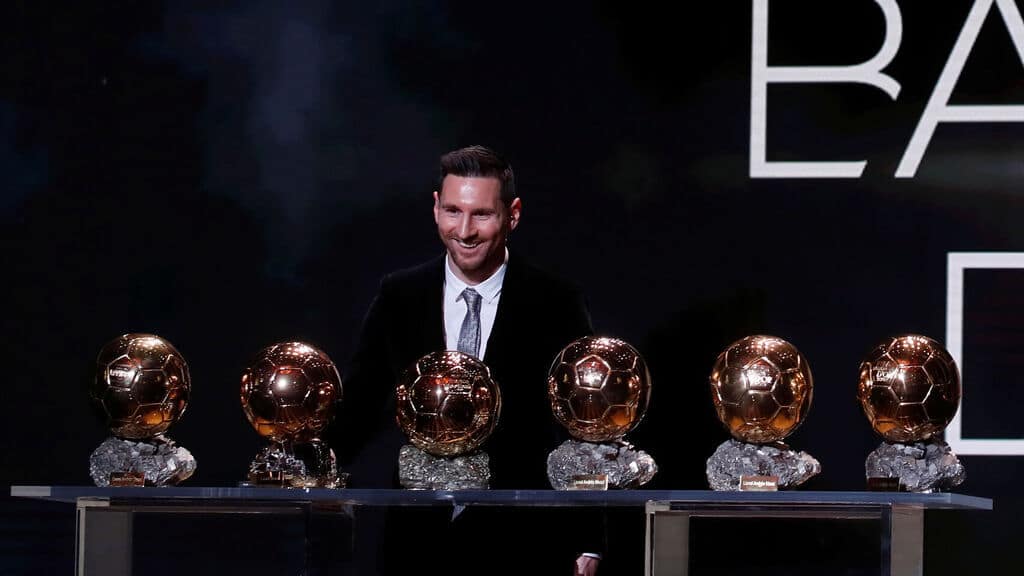 At this point, Leo has few alternatives. His contract expires in June 2021 and has a $700 million clause in place. From then on, if he wants to get out, negotiations are tricky. To make matters worse, the firm advising Messi is the same one representing Barcelona. It represented, for obvious reasons. Against this backdrop, and after the step backwards of Inter and PSG, only the City of Guardiola remains. A City that has just been forgiven its sanction for skipping the financial fair play. A City with little economic margin due to the losses derived from the COVID-19.

If Messi is tired of being in Barça, he will have to make a very deep reflection about it. At present no club can assume the almost 120 million gross that the Argentinean earns. No club is in a position to release even 100 million in transfer fees. It is said that the Sky Blues can include players for that value, but no cash. It’s fucked up. Besides, if Messi decides to go through court, the Manchester team’s scare will be definitive. They are not in a position to expose themselves to a future fine of 500 million, or whatever the judge decides, for Leo’s freedom. 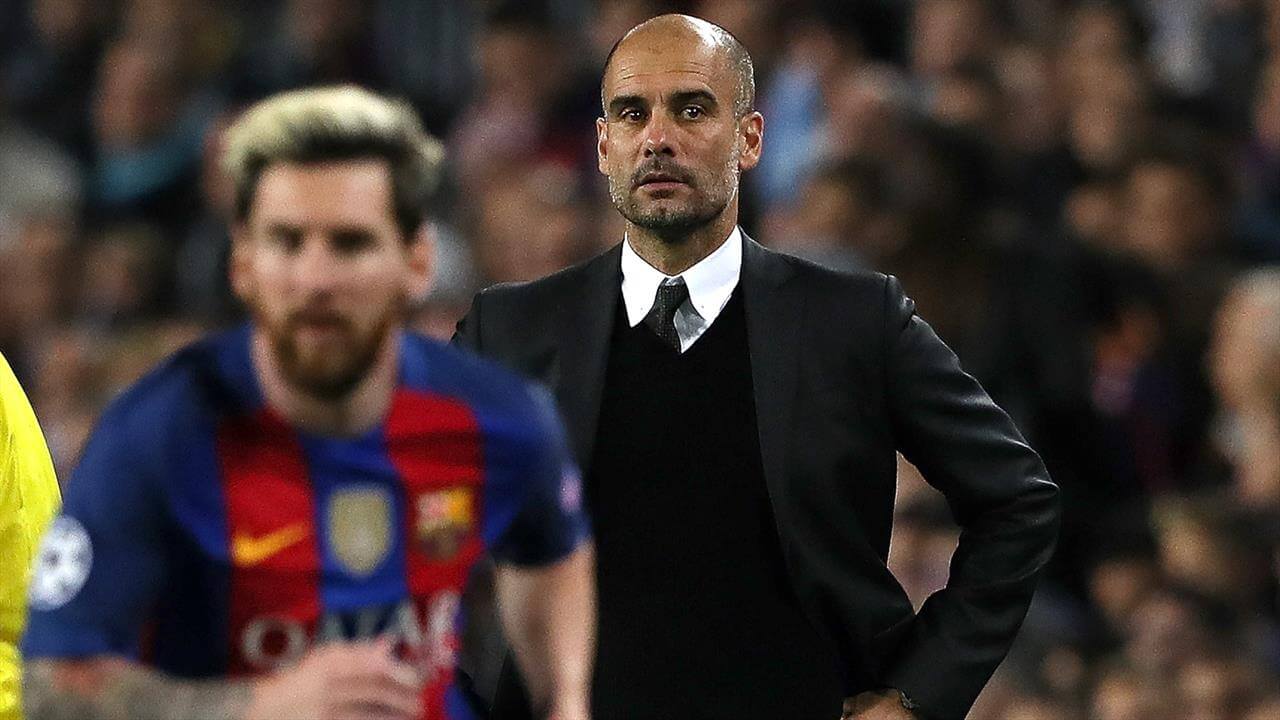 The reasons for wanting to go are purely football-wise and institutional. On a sportive level, it is understandable that he’s not satisfied given the continuous ridicule of Barcelona in the Champions League. Likewise, he should do a little introspection and analyze if he himself was up to it those days.

On the other hand, we find the improvable performance of the renowned players who were brought in to replace Neymar’s departure. Dembelé (120 million) he’s been three years in the infirmary and killing it in Fortnite. Coutinho (140 million) his first season was a bit disappointing. He has loaned to Bayern this year and he scored two goals against Barcelone in the 2-8 game. Karma is a bitch. Griezmann aka GRISmann (120 million) he’s nothing like the playeer that amazed everyone at the Wanda Stadium.

In the institutional section, he can’t complain. He wants 50 million net? There you go. You want to be free every year? No problem. You want the Tata to come? PaTata for you. You don’t like Ibrahimovic? A little bow and fuck it. And now, when his close friend Luis Suarez is informed that he is not staying, burofax. Barcelona has given him what he deserves and what he doesn’t. Now he tries to take it away. 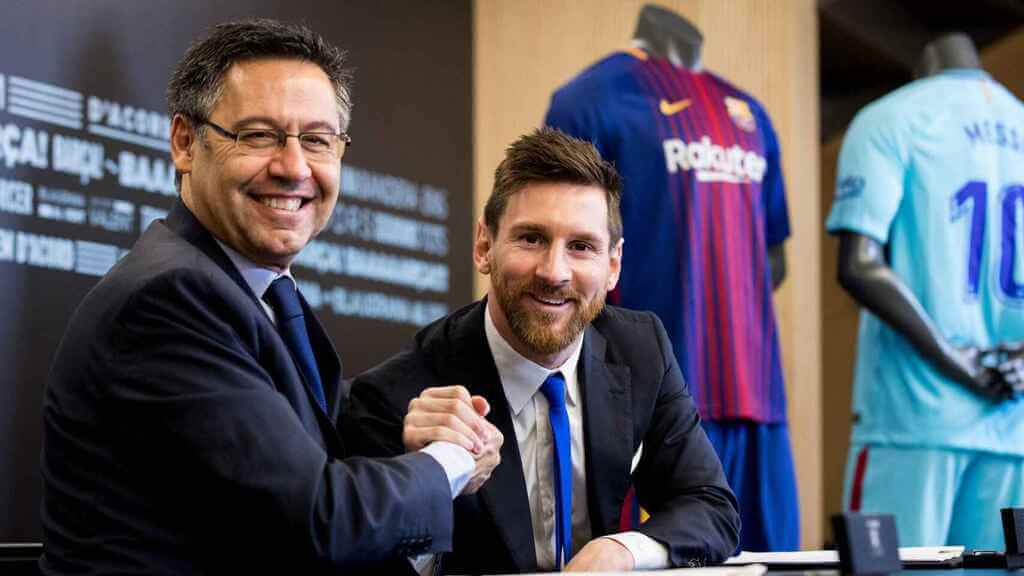 Yesterday the Football Director of Inter and sources from the PSG confirmed that they would not bid for Messi. The ball is in Manchester City’s court.

Both sides are condemned to understand each other and, after last Monday’s ordeal, it seems that the facts and reality of the situation are quite different. Neither Bartomeu will let him go for free, nor do the other clubs have money for a transfer, nor does Messi have the contractual freedom he thought he had.

The only reality is that, if he finally leaves, the sporting and symbolic loss will be irreparable in the Camp Nou. An empty stadium due to the pandemic that when it is filled again will not find its idol on the grass. A stadium that will mourn the absence of the magic of the 10th.

Today a meeting between the father of the footballer and the president of the FC Barcelona. The show has just begun.