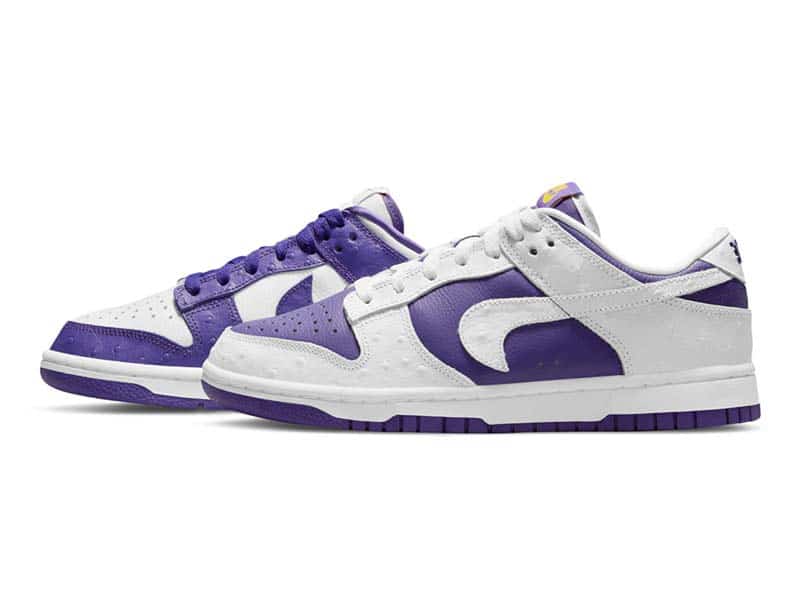 New Nike Dunk Low: a nod to the City Attack of the 90s

Nike is pulling out all the stops to revive its Dunk Low model, introducing new silhouettes inspired by its most acclaimed releases in the brand’s history. This is the case with its new Dunk Low “Flip The Old School” which pays homage to the “City Attack” sneaker from 1999. 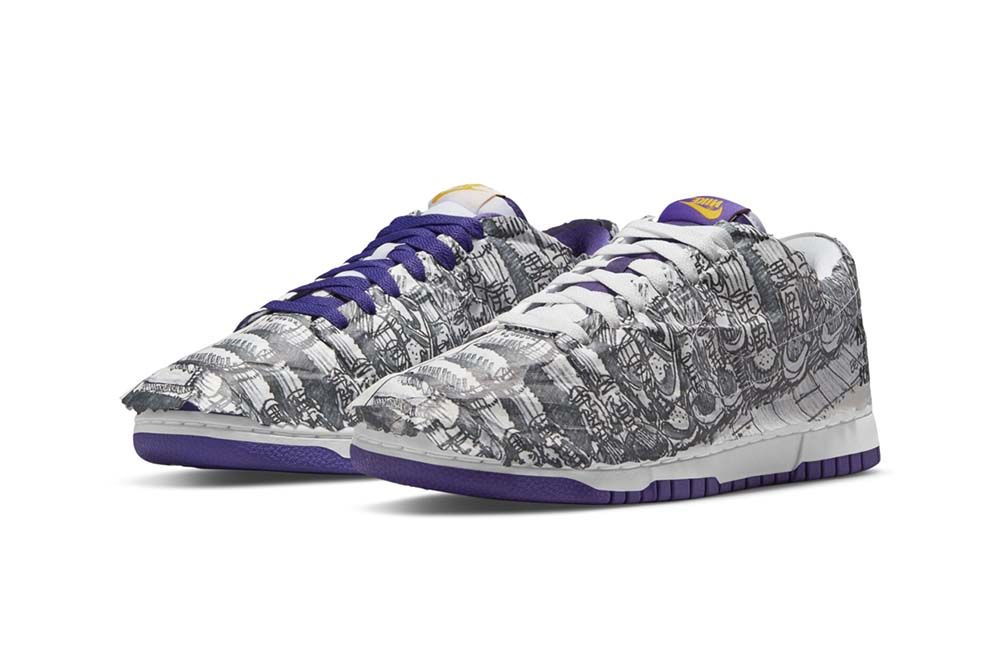 The new Nike Dunk Low features some modifications compared to the 1999 model, which may provoke harsh criticism from purists. The brand’s new venture maintains the colours, purple and white, typical of the classic “City Attack” trainers, but reversed.

While the right shoe follows the standard purple and white line with the logo in its usual place, the left shoe completely inverts not only the colour, but even the Nike Swoosh, both on the tongue, heel, insole and lateral side. In addition, the new model features a differentiating detail: ostrich leather. 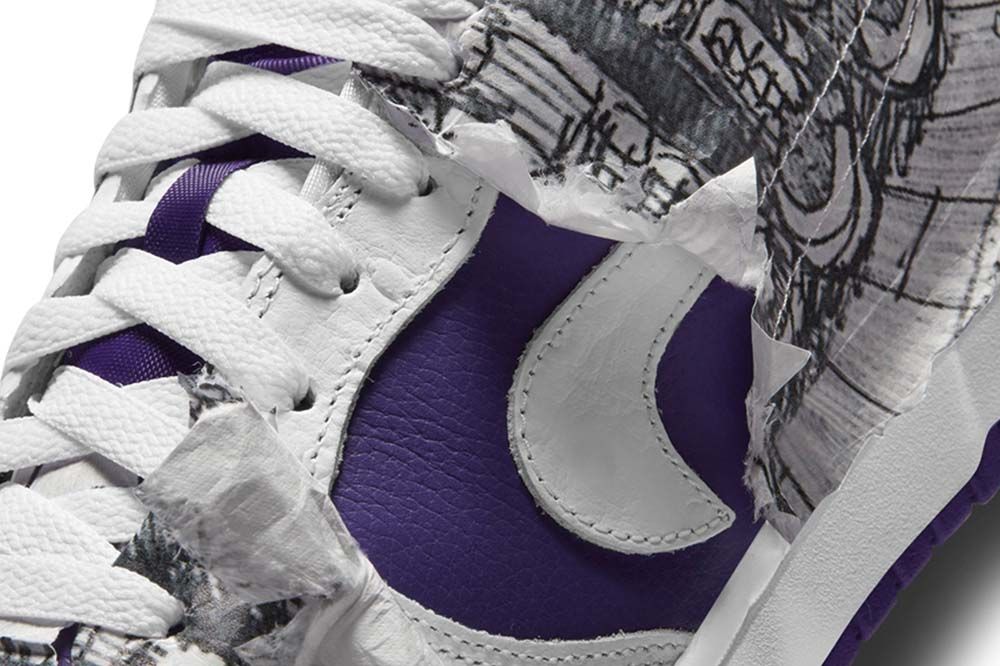 Like the recent Air Force 1 “Keep Em Fresh”, the “Flip The Old School” is covered in tissue paper. It features original illustrations of gang members wearing the Dunk Low, the same ones used on the insoles. The thin paper has an aesthetic function and you can remove it before wearing them without any problem.

The sportswear brand has not yet revealed an official release date and pricing for the Nike Dunk Low “Flip the Old School”.

Sacai x Nike Vaporwaffle Dark Iris | Here is the date
Nike x Kobe: the contract has come to an end
China: from seeding clouds to creating QR codes in the sky
UGG won’t leave us this summer, back in sandal form
The Supreme x Nike pair you’ve been waiting for
The new Noah x Union Los Angeles collection
Uber may be delivering cannabis sooner than you think
Nike and MSCHF reach agreement on Air Max 97s
Madrid es Moda: performance events, showrooms and more
All the details about the “Friends” reunion
The new sunglasses collection Linea Rossa by Prada
Nike pays no federal income tax for the last three years