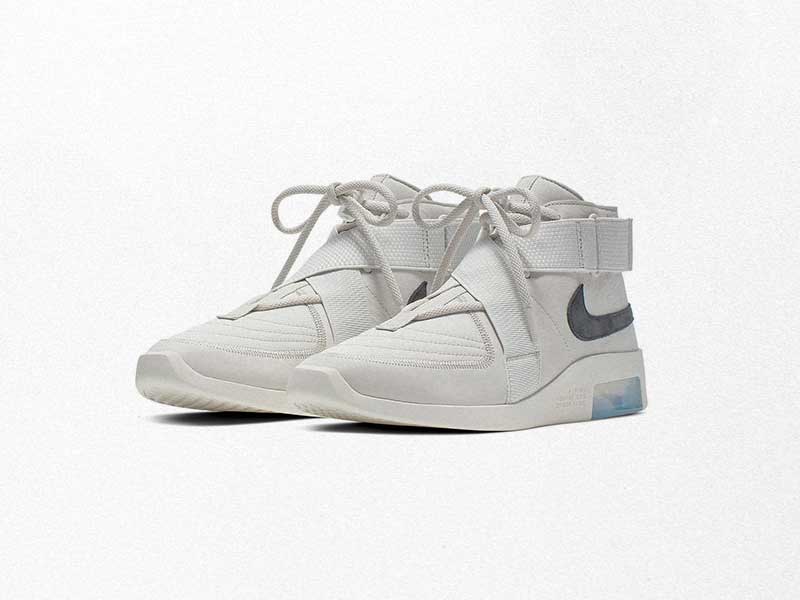 After numerous teasers, Nike has shared the official images of the Air Fear of God 180 “Light Bone” silhouette in collaboration with Fear Of Good. 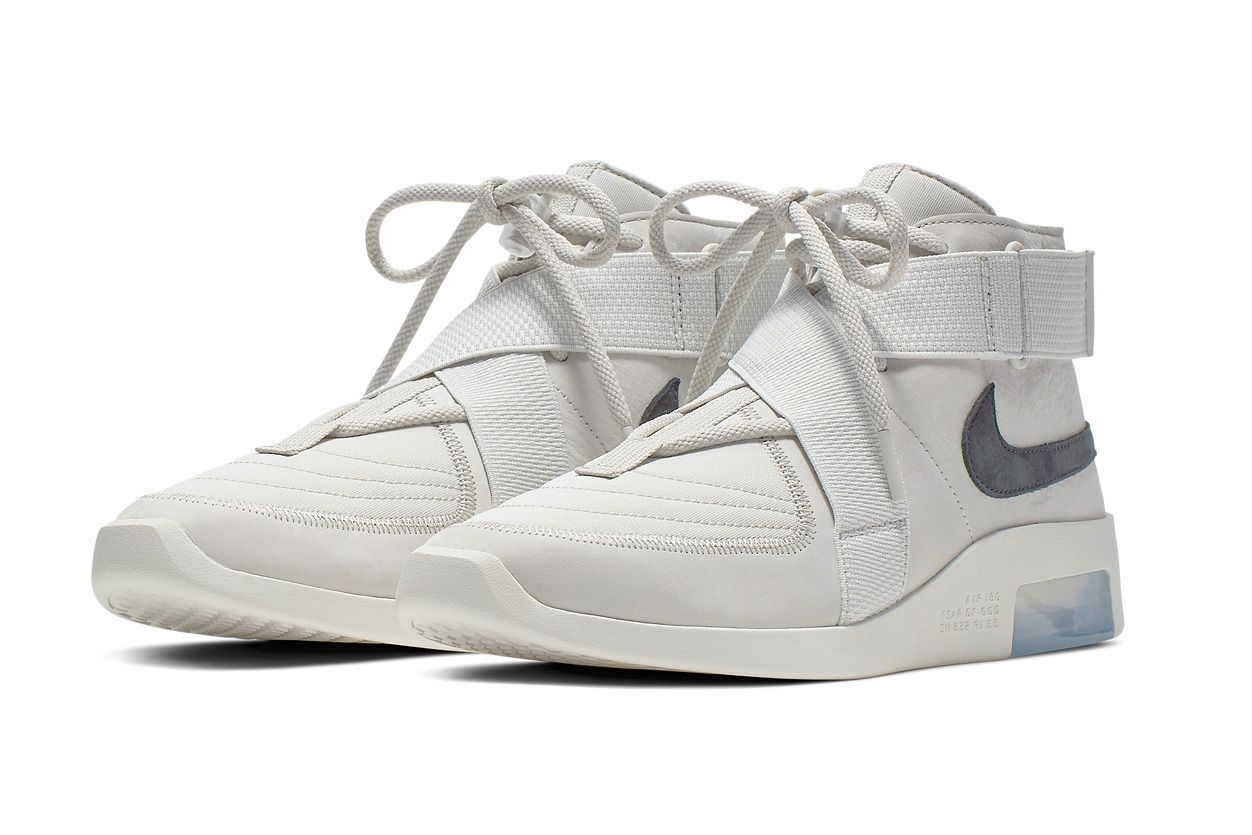 A new model developed hand in hand with Jerry Lorenzo, which is based as previous proposals on the subtle tone “Light Bone”, from its upper and crossed straps to its midsole. The only contrasting details are the black swooshes that wrap around the back heel, the insole and the small print of “Air Fear of God” on the closing button. The transparent/blue unit of the air chamber is the touch of colour throughout the sneaker.

Named and inspired by Charles Barkley’s Air Force 180, as well as NSW’s Air 180, the new Nike x Ferry Lorenzo version will reach select Nike stores, nike.com and other Fear of God distributors in the coming weeks.

Below are images of the new collaboration between the LA firm and the Oregon giant. 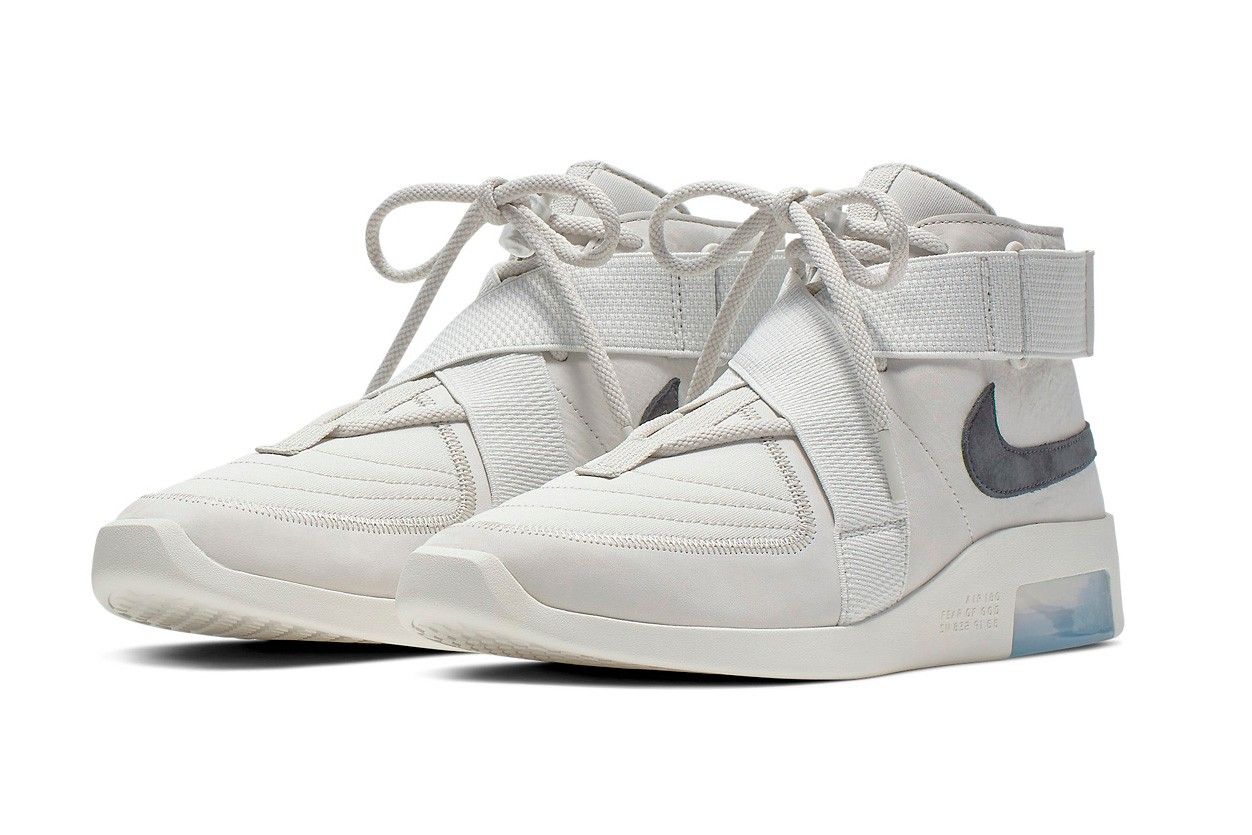 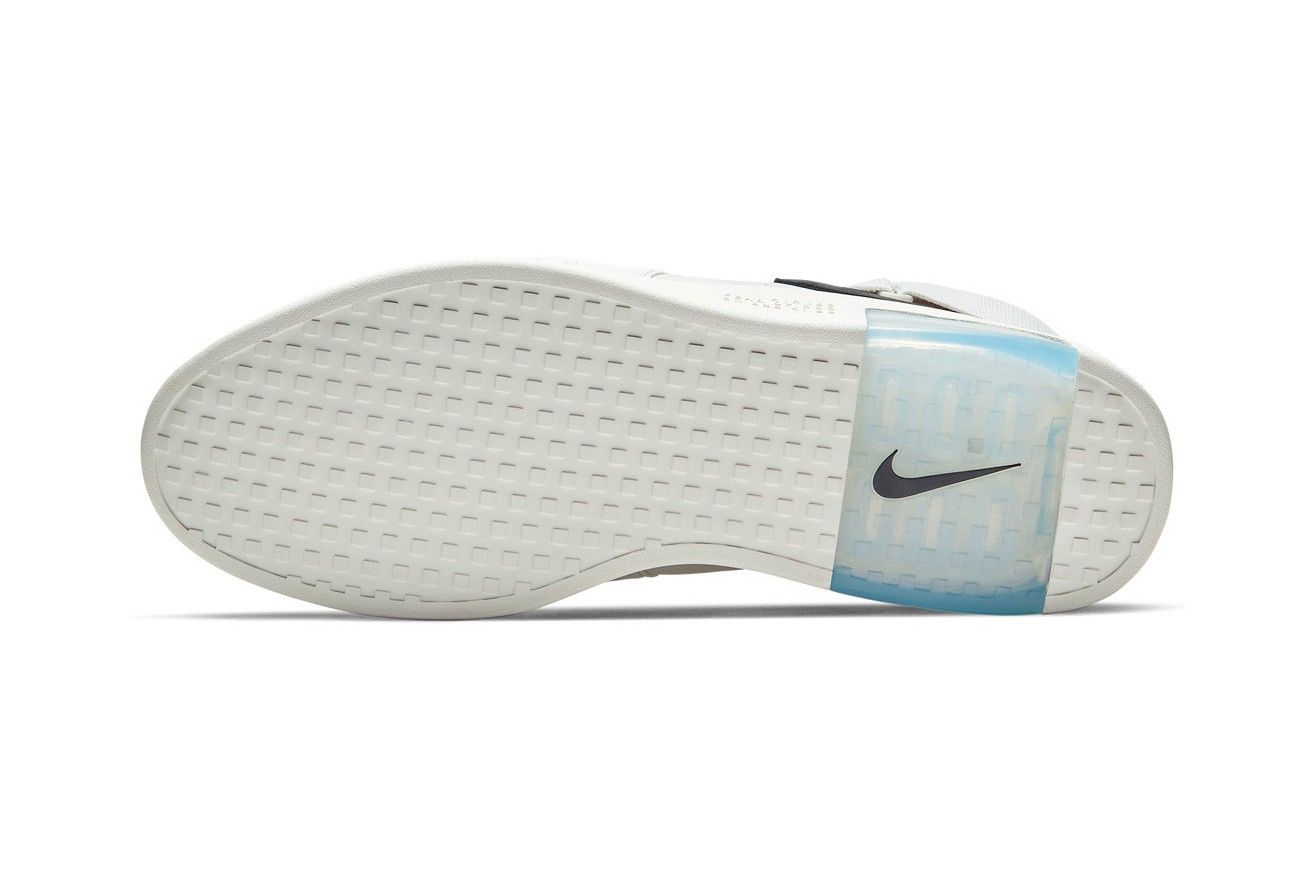 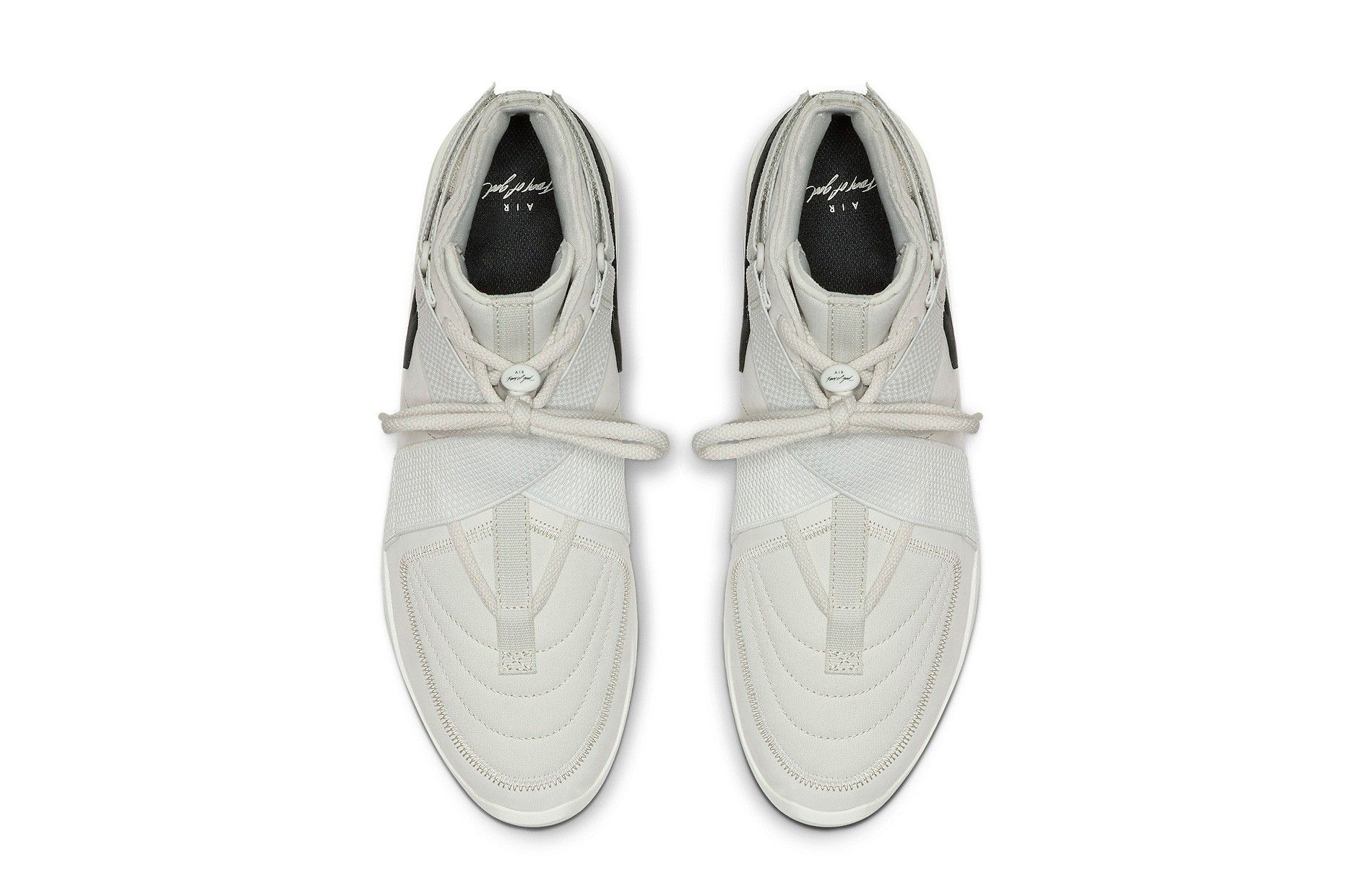 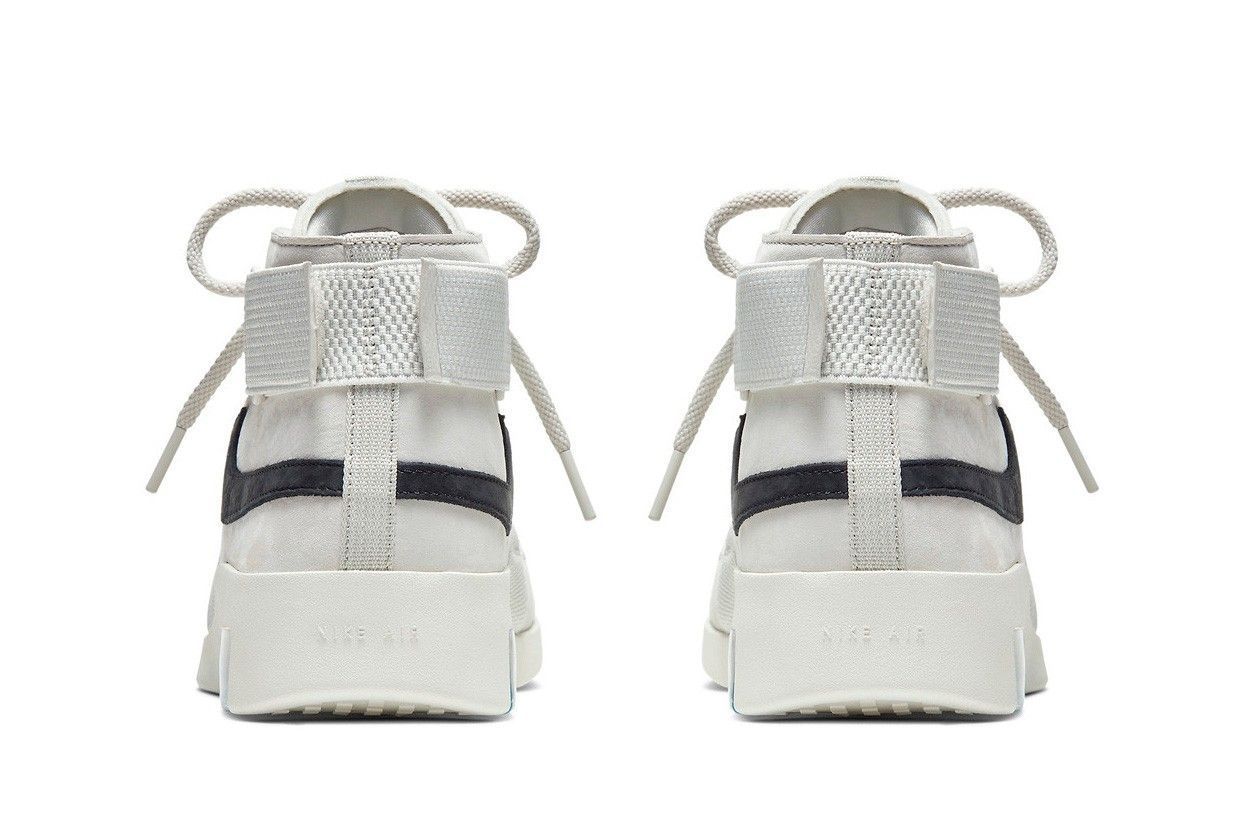 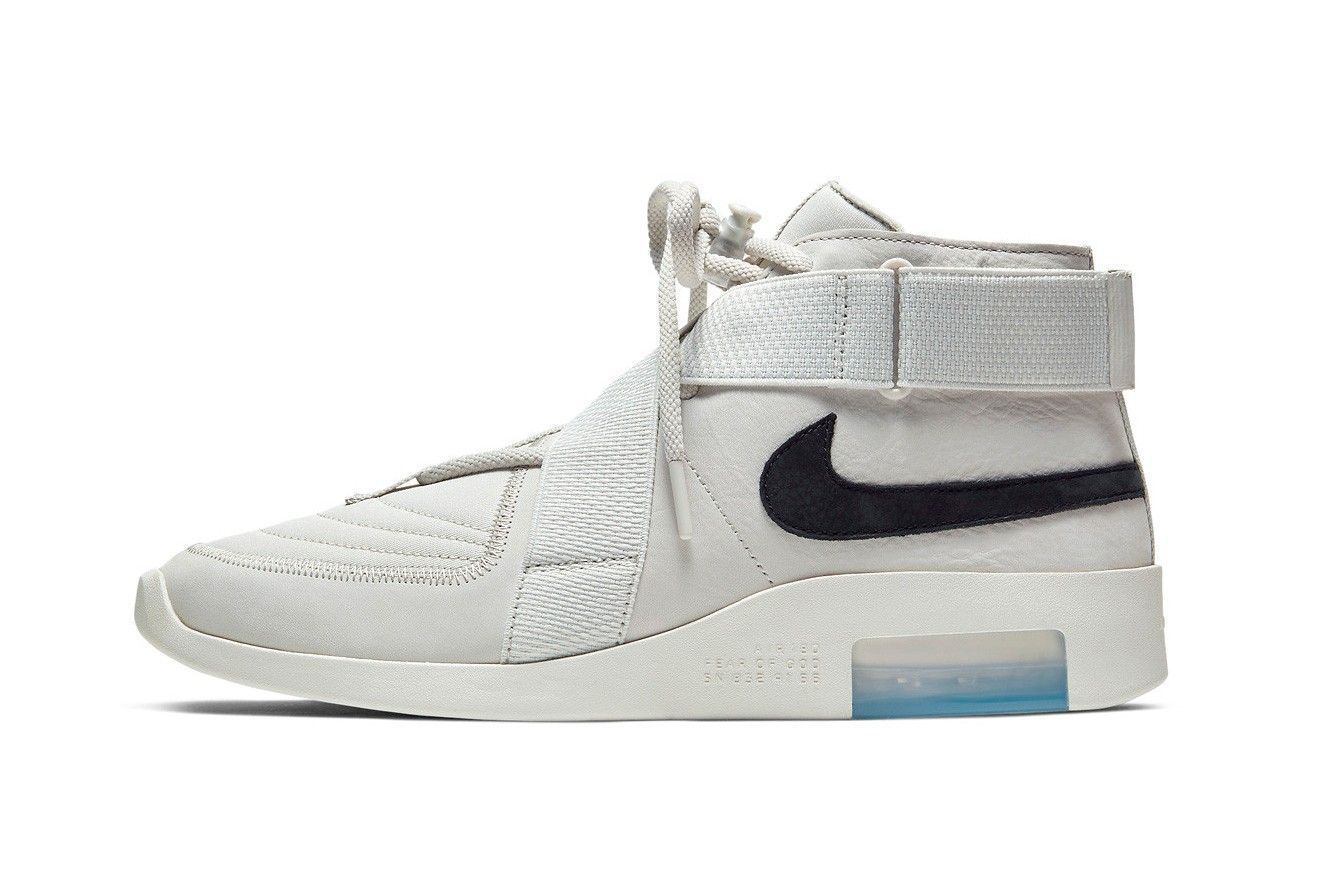 Check out the Blazer Low by Off-White ™ x Nike
Megan Thee Stallion stars in new Ambush x Nike campaign
Vans and Civilist go back to the roots with this collection
Cardi B and Reebok unveil the Classic Leather Cardi
Vans and Metallica celebrate 30th anniversary of their Black Album
Reebok and MADWOMEN announce first product collaboration
This summer Nike x Off-White, Ambush, Undercover and sacai
Vault by Vans & Bedwin & The Heartbreakers: an ode to textile heritage
Discover the most retro sneakers by Dior
Discover the Nike SB Dunk Low “Barcelona”
Fear of God sculpts sleek slip-ons for summer
Vans and Dime team up on a renewed style: the Wayvee