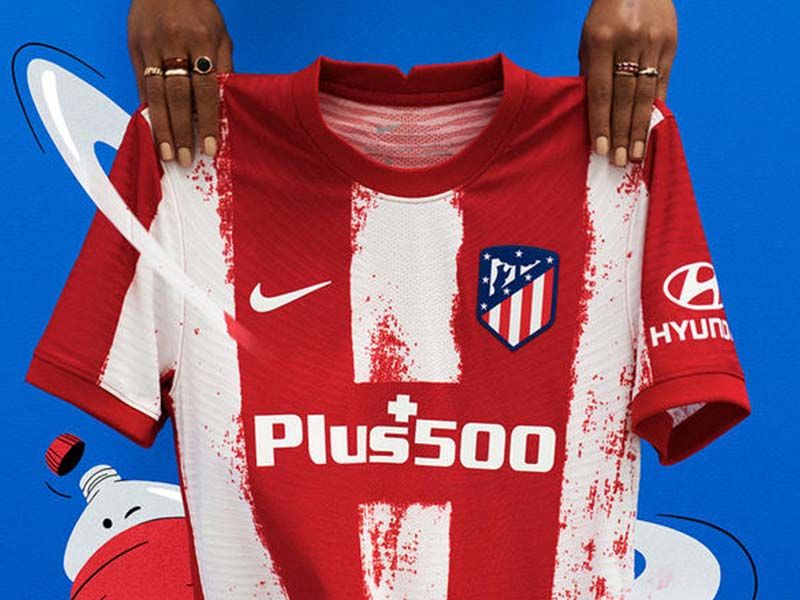 Nike has unveiled the 2021/22 jersey to be worn by Liga Santander champions Atlético de Madrid. The design celebrates 75 years since the red-and-whites changed their name in 1947, marking the start of a golden era for the club. 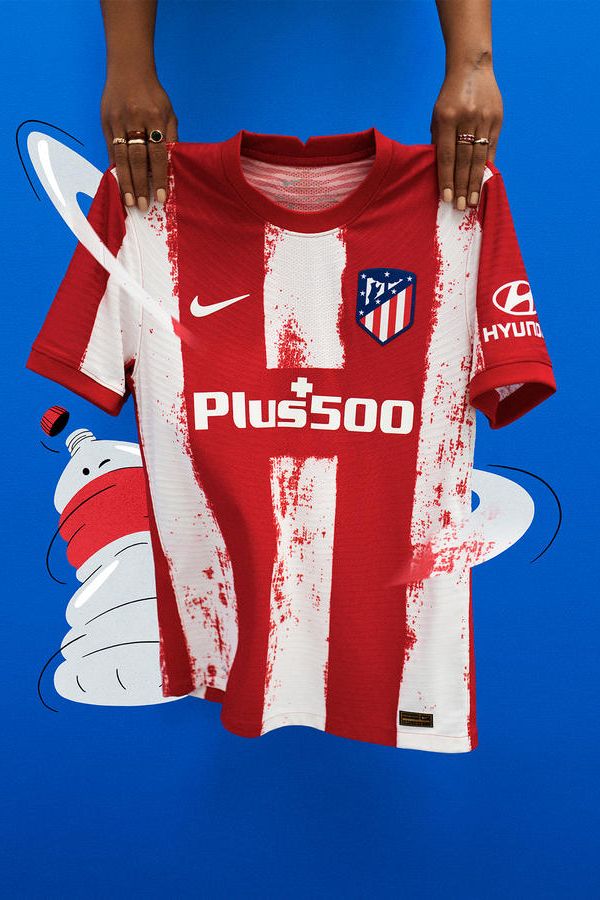 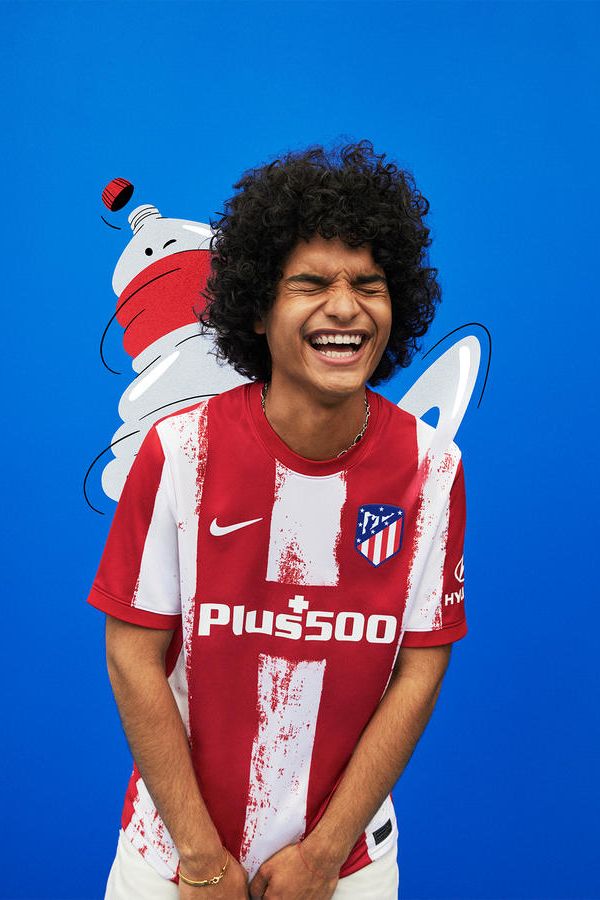 Atlético already has kits for next season. And there will be four of them, as the club presents a special edition with the crest that accompanied the change of name from Atlético Aviación to Atlético de Madrid in 1947.

The main kit has some details of the first red and white shirt under the new name. This one featured a central white stripe that is replicated in this new design. In addition, a huge letter A is formed on the front. Nike has also given the uniform its paint splash aesthetics.

The red and white jersey will be worn with navy blue shorts and blue and white striped socks. These are made from 100% recycled polyester fabric, made from recycled plastic bottles.