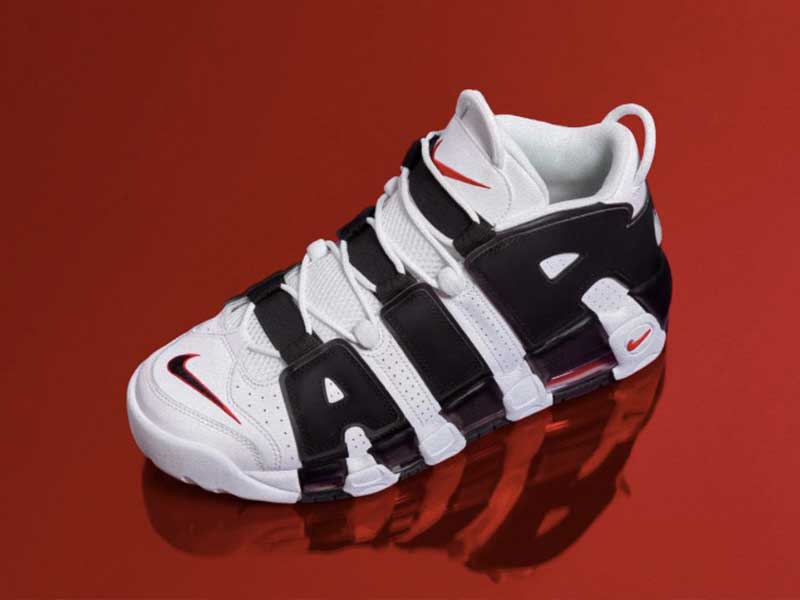 Scottie Pippen’s Uptempo, one of the nineties’ silhouettes that have made the most impression on the Nike archive, are back in the jumpman’s aesthetic: black and white with details in red. 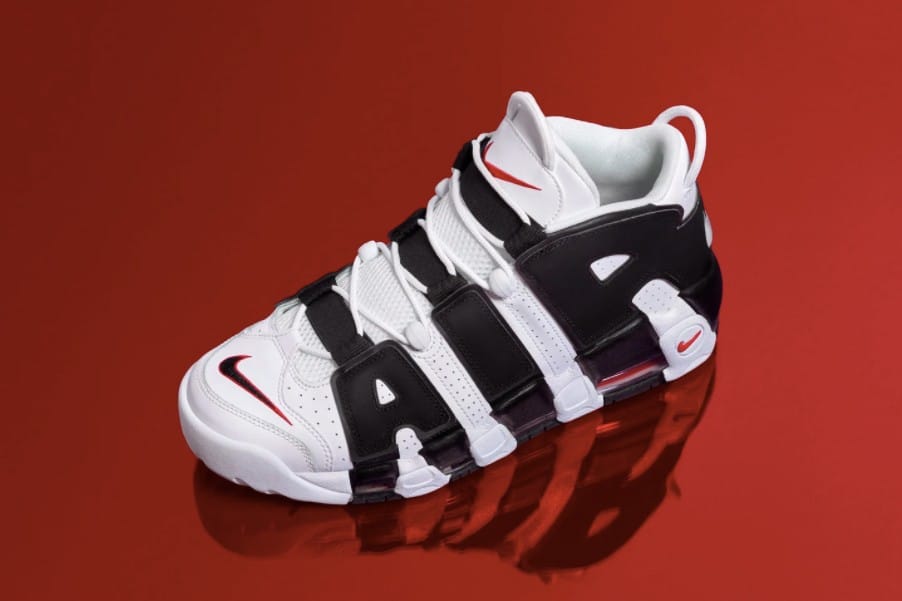 These Nike Basketball, Air More Uptempo nineties sneakers, first released in 1996, were at Pippen‘s feet during a crucial period of the Chicago Bulls’ three-peat. Now, they’re back for good.

Once again, the success of the Netflix series ‘The Last Dance’ has revived a piece from Nike’s archive. This time, it was the Uptempo White/Black, who had their last drop in 2018.

The large “AIR” motif runs along the side and mid-walls of these eccentric sneakers, combining white leather and black nubuck lettering. Black elastic straps run across the white tongue, and black lines run down from the letters to the midsole, ensuring that the striped look spans the entire silhouette.

Swooshes run through the sneaker design with red piping on the forefoot and a clear gel Swoosh on the heel. Pippen’s double P logo is directly on top of the gel Swoosh, and a full-length red Air Max cushioning unit in the black and white midsole just defines the look. 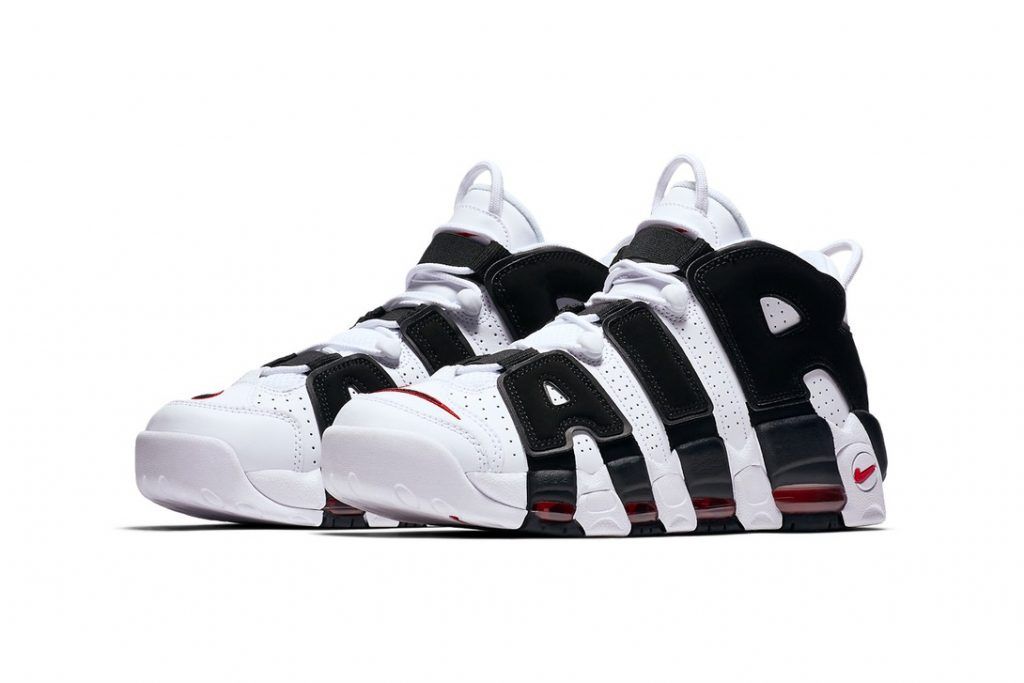 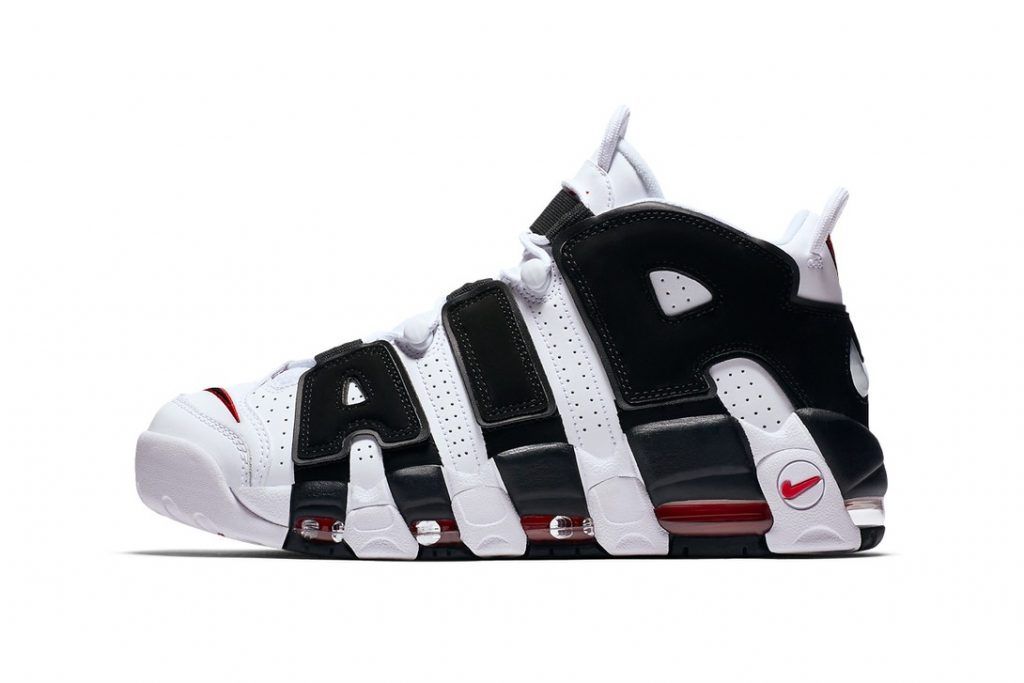 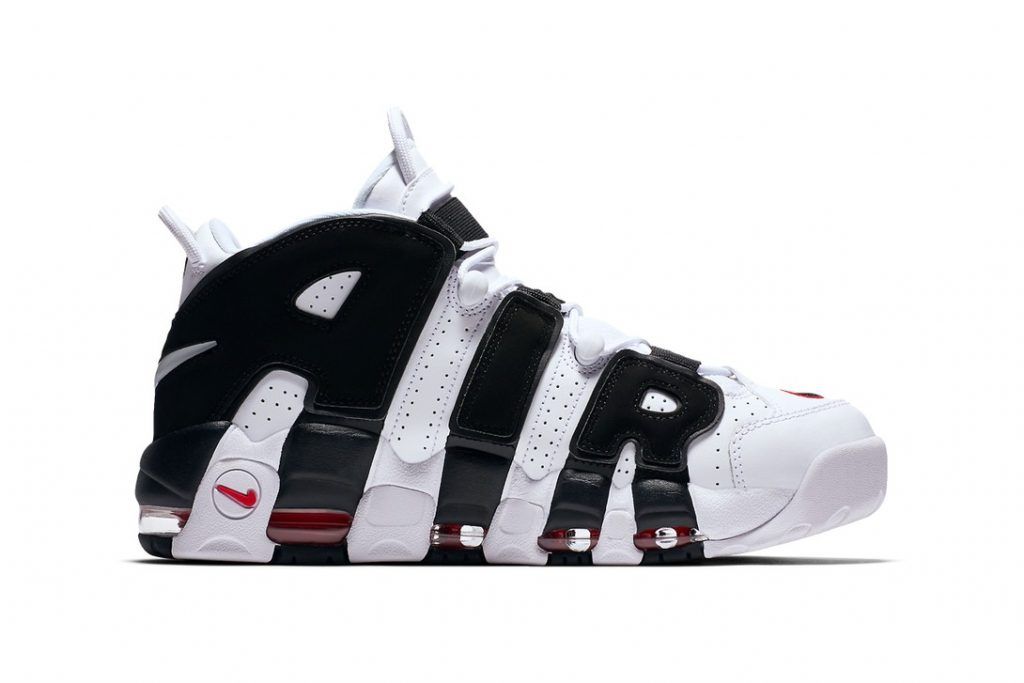 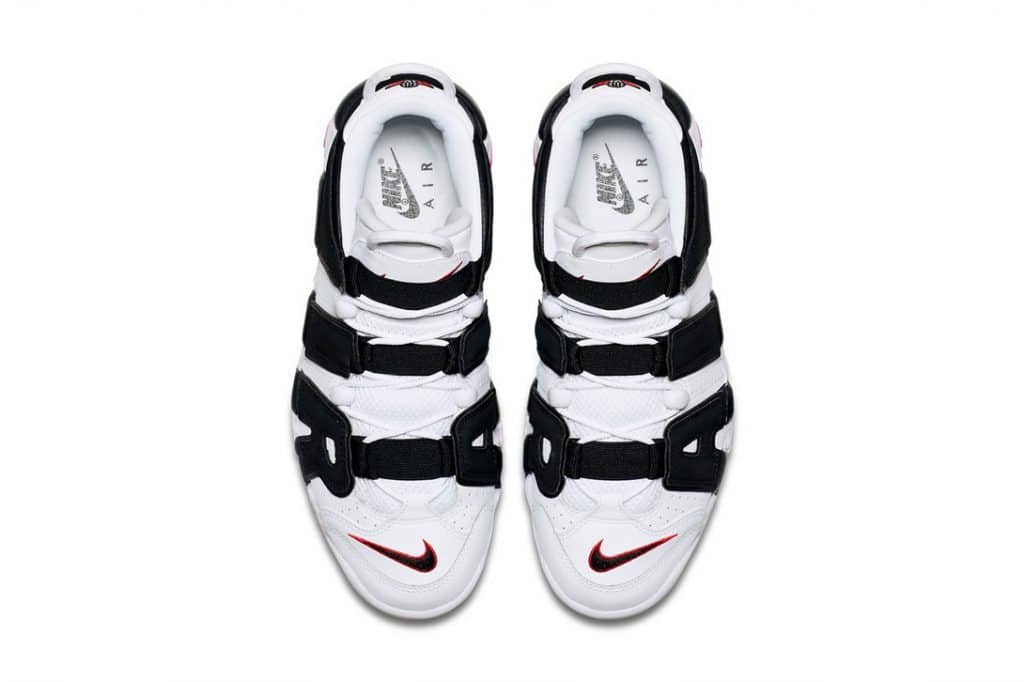 The Nike Air More Uptempo “Black/White” will be launched in stores in the East as Nike SNKRS Japan on June 23, and is priced at $160. In the United States, they will probably see the light at the end of this summer.

032c updates the adidas Originals GSG Trail and Mule
Gucci unveils the futuristic evolution of the Ultrapace R
Bella Hadid interprets the personalities of the Self-Portrait woman
NASA to turn the ISS into a private destination for travelers
RIMOWA “Never Still” takes us on a journey with a series of icons
The endless summer of Casablanca FW21
SHOOP SS22: a race to freedom
All the details about the NOCTA x Nike Golf Collection
Our fav designers of the upcoming MBFWM edition
Dan Sur gets gold chains implanted in his scalp
Met Gala 2021: the best red carpet looks
The psychedelic mules by Melissa x Lazy Oaf