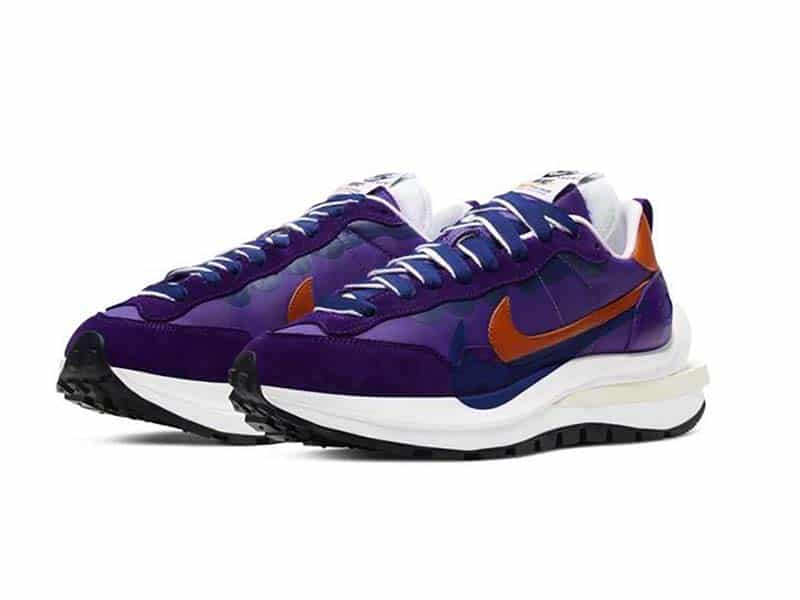 Nike x Sacai and the VaporWaffle in ‘Dark Iris’

The most sought-after sneakers of winter 2020 are back this season in new shades. Nike x Sacai are set to release the third batch of the VaporWaffle silhouette in purple and orange which they have dubbed as “Dark Iris”. 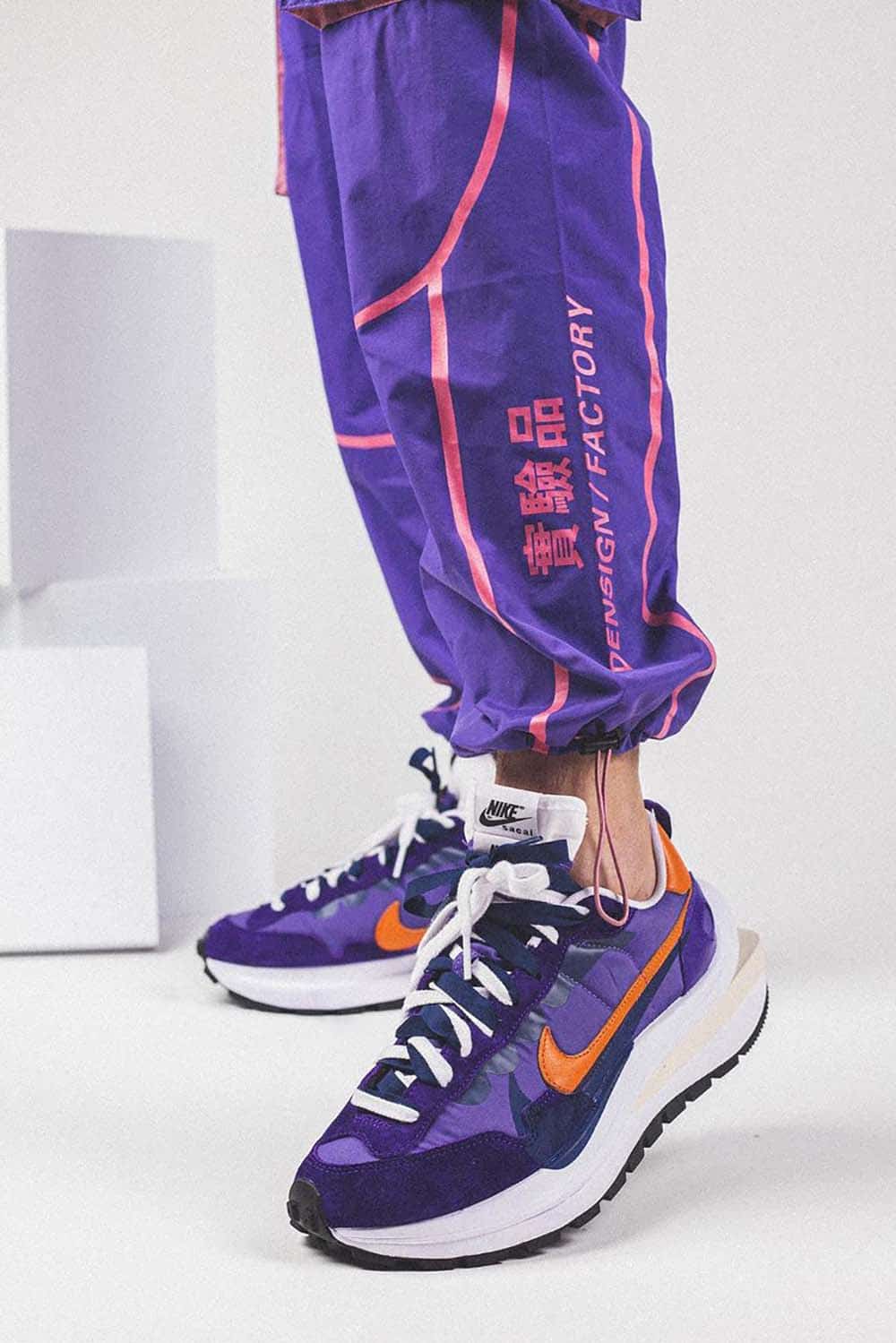 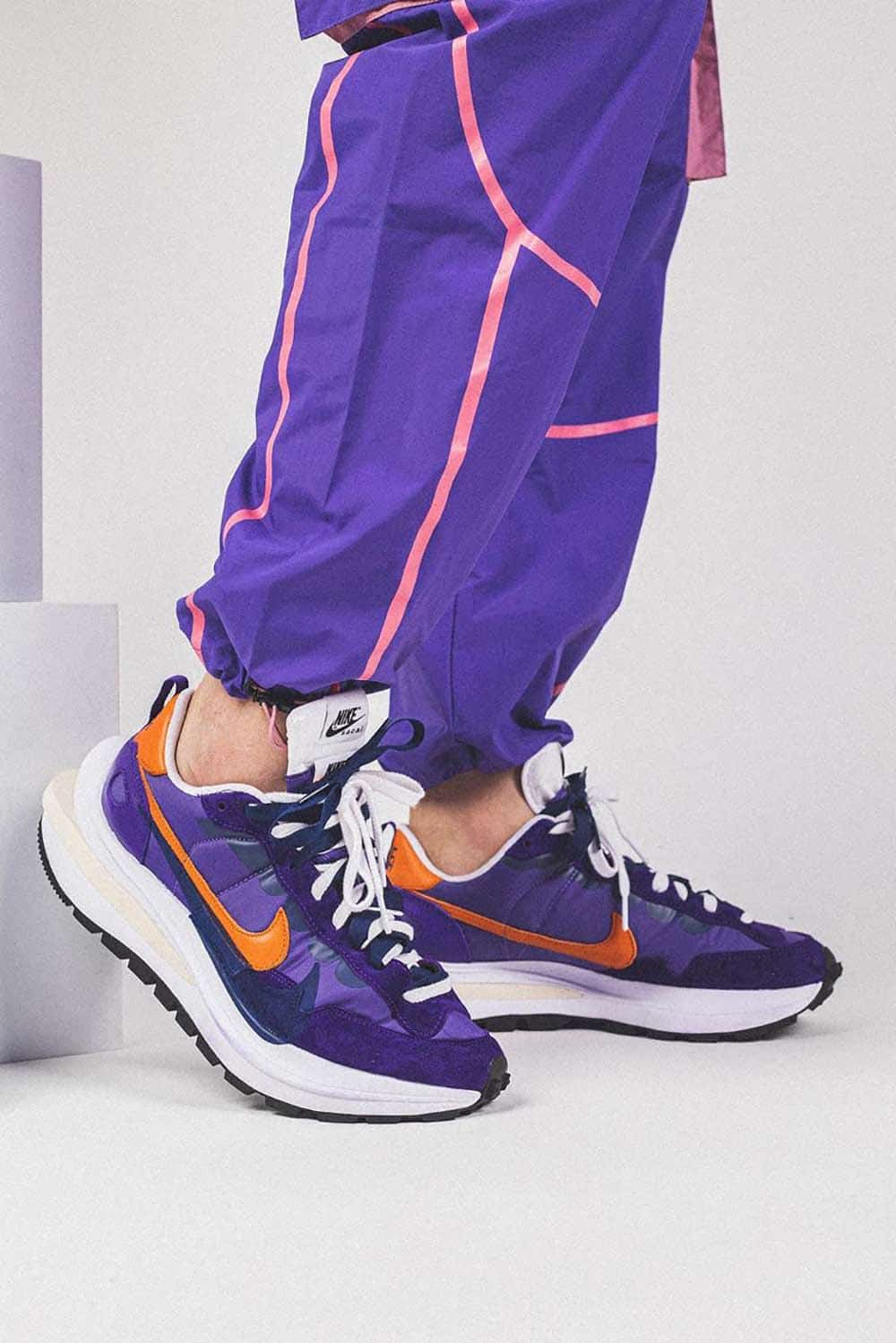 Ever since the VaporWaffle were unveiled at Sacai’s November show, the internet has been going crazy for them. The sneakers sold out within 12 minutes of going on sale, prices on Restocks ranged from 500 euros and even Drake had a pair in his shoe wardrobe.

After all this hype, Nike x Sacai have decided to release a third batch called “Dark Iris”. In shades of purple, navy blue and orange, the new VaporWaffle features some modifications compared to the previous designs. Among them, the material composition.

The new models replace the usual mesh and suede upper with a soft nylon mesh for a more retro look. As usual with the VaporWaffle there are a lot of duplicated details. Like the tonal tongues, the laces or the Swooshes duo.

The midsole of the Nike x Sacai is a hallmark of the shoe because of its layered design. It is mainly made of white foam with a nude-coloured foam in between. The feel of this combination is that of a protruding midsole, but consciously thought out. 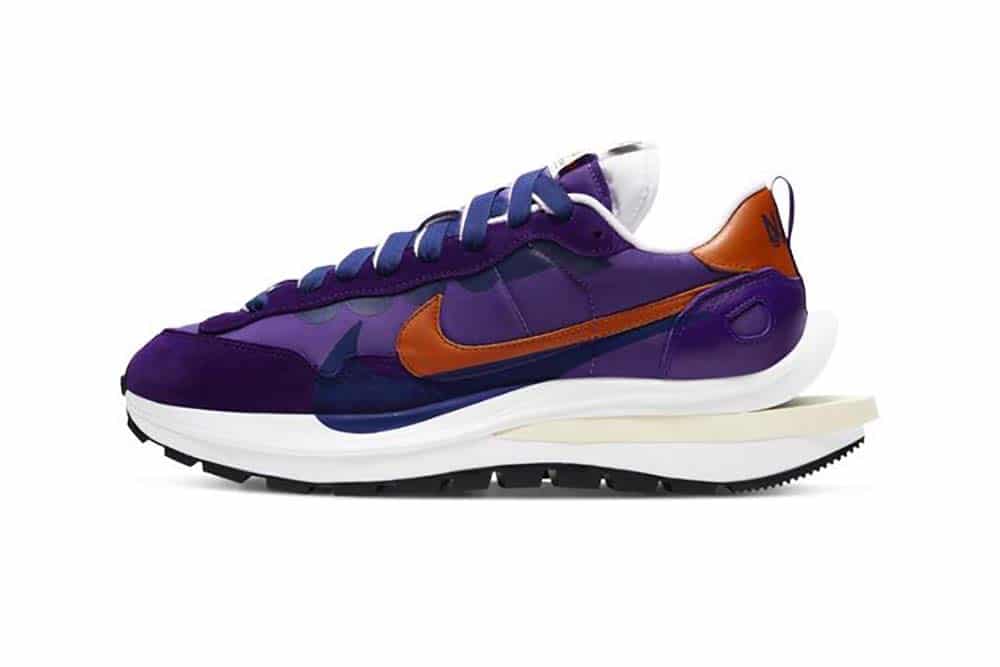 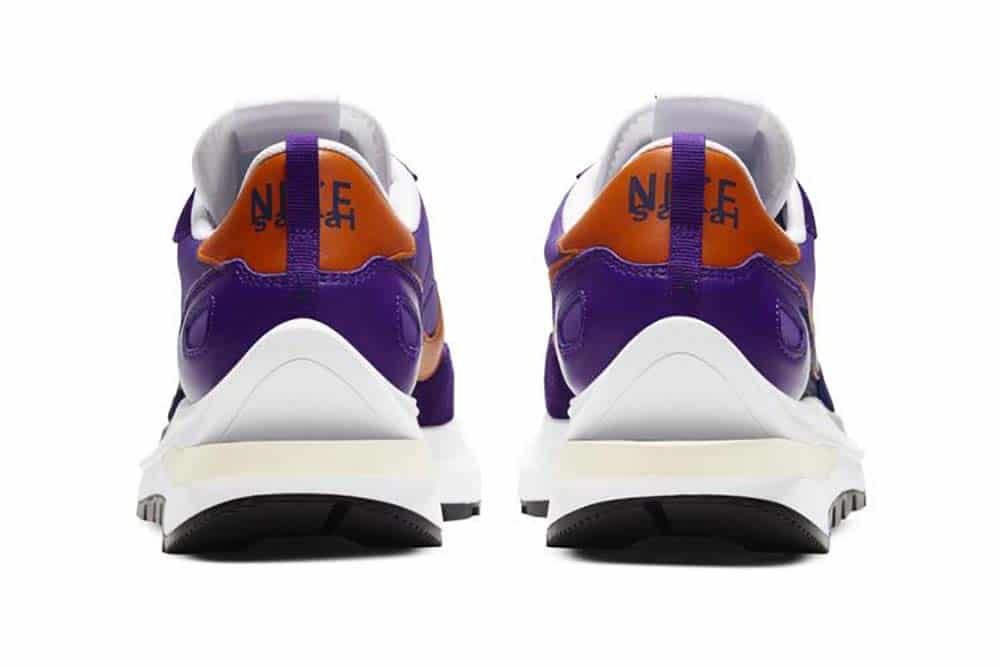 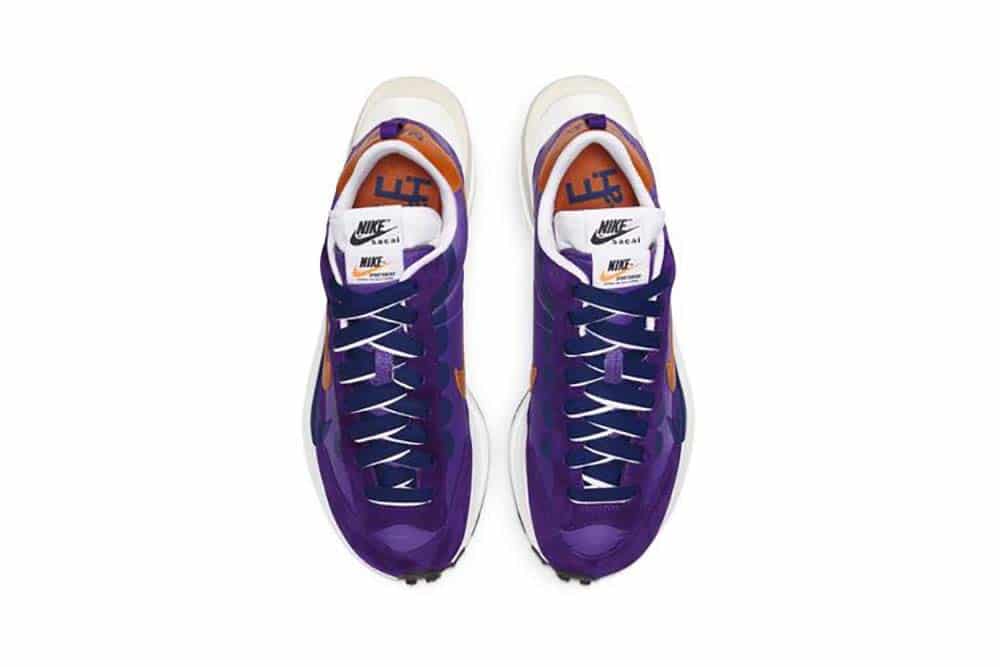 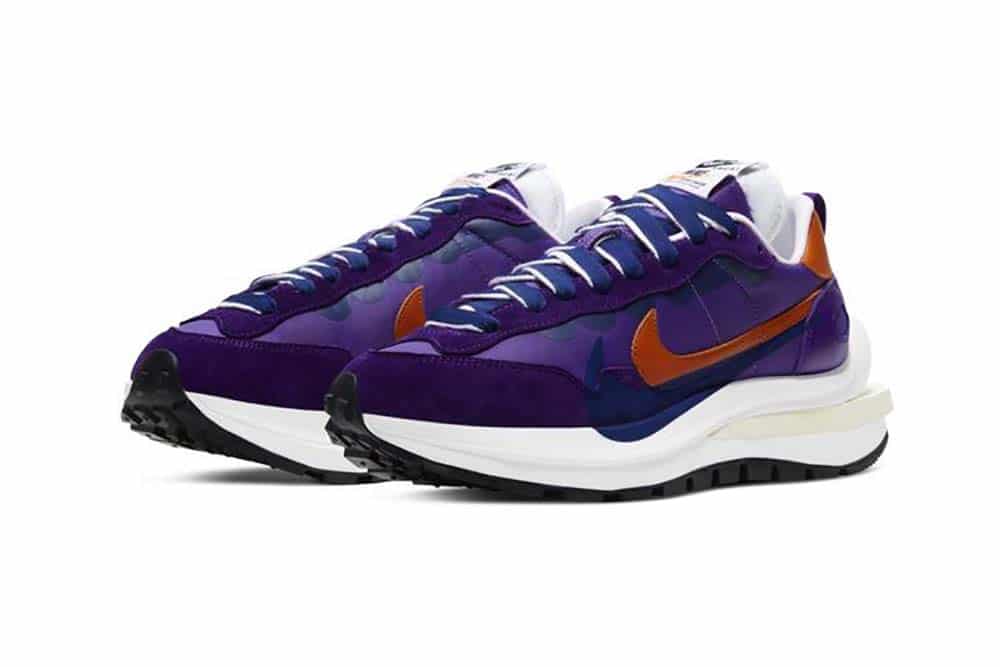 The Nike x Sacai Vaporwaffle “Dark Iris” has not yet received a formal release date, but the presence of official images indicates that it will arrive at Nike SNKRS in the coming weeks.