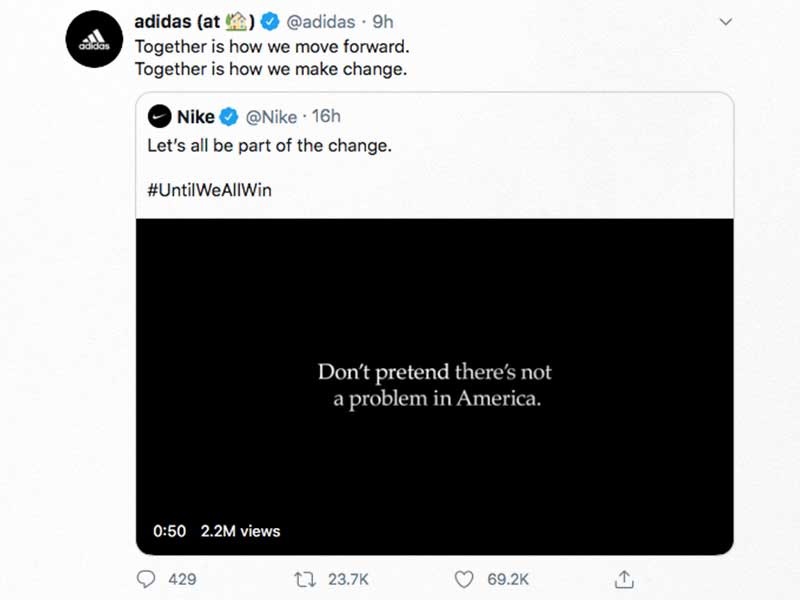 Friday we saw something we never thought we’d see. Nike and adidas the two big rivals in sportswear came together after the murder of George Floyd, an African-American who was killed by the police, and whose death is causing massive protests in Minneapolis and other cities in the U.S.⁠

Nike, whose main customers are young and diverse, released a short film urging Americans to speak out, reversing its iconic slogan “Just Do It” for “For once, don’t do it. Don’t pretend there’s not a problem in America. Don’t turn your back on racism. Don’t accept innocent lives being taken from us,” the film reads.⁠⠀

In an amazing and admirable move, Adidas retweeted the campaign, along with the words, “Together is how we move forward.” “Together is how we make change.” Supporters of the brand were quick to comment. Things like, “I never thought I’d see @nike and @adidas together.” 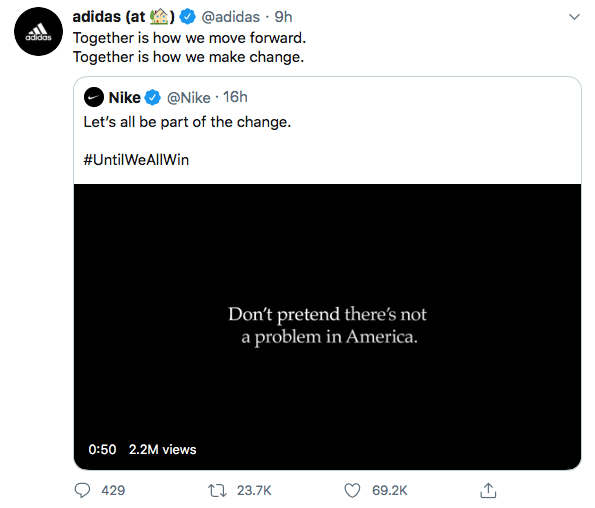 George’s murder has been the “click” in a global mind lethargic about a problem that concerns us all. Now is the time not to stop and claim some rights and equality that, although it seems a lie, still does not exist.
⁠⠀
#justiceforgeorgefloyd⁠⠀