The Canadian rapper is back with another installment of the NOCTA x Nike Hot Step Air Terra, this time in the “Triple Black” combination. 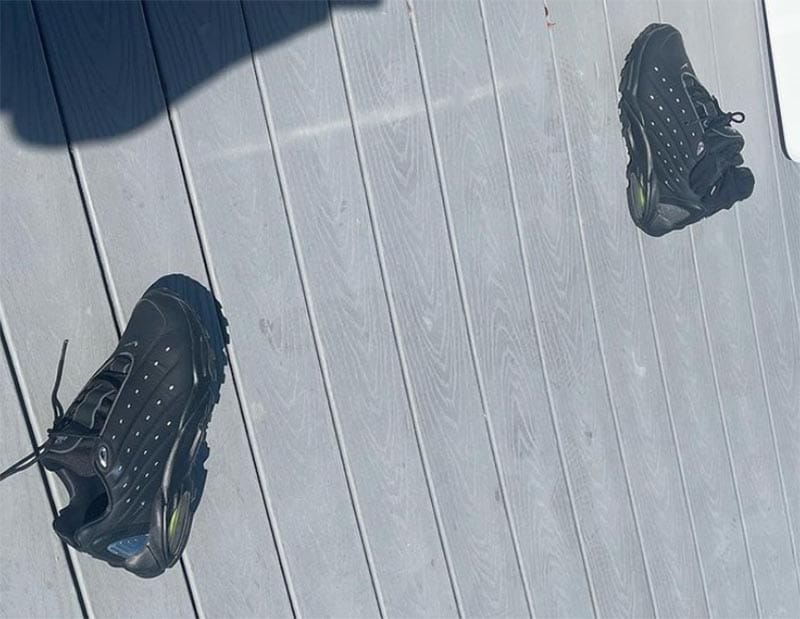 Featured on Drake’s Instagram profile (@champagnepapi), this is the latest release of the NOCTA x Nike Hot Step Air Terra silhouette to take on the “Triple Black” hue. Previously, three other colourways have appeared, including white which was first revealed in January 2021, followed by “Black/Yellow and snakeskin.

This fourth sneaker features a premium black leather upper with black leather overlays. In addition, there are various chrome elements, some reflective details such as piping and a volt-coloured Air-Sole unit that contrasts with the midsole. Nocta branding appears on the tongue as on previous versions and the black sole adds the finishing touch.

The best smash burgers are coming to Madrid with Vicio
UK also wants to ban retouching on photos
Luxury brands opt for Mystery Boxes
Vivienne Westwood is the face of her own SS22 campaign
Nike fires unvaccinated Covid-19 employees
Now you can drink your coffee in Balenciaga’s new cup
Here’s the Valentine’s Day version of the Nike Dunk Low
INSIDE OUT: a film by the Carhartt WIP skate team
Pure marketing: Kanye West and Julia Fox
Vans and Sandy Liang come together in an upbeat and sophisticated collection
Instagram will allow you to rearrange your feed to your liking
Coachella 2022 unveils (at last) its full line-up