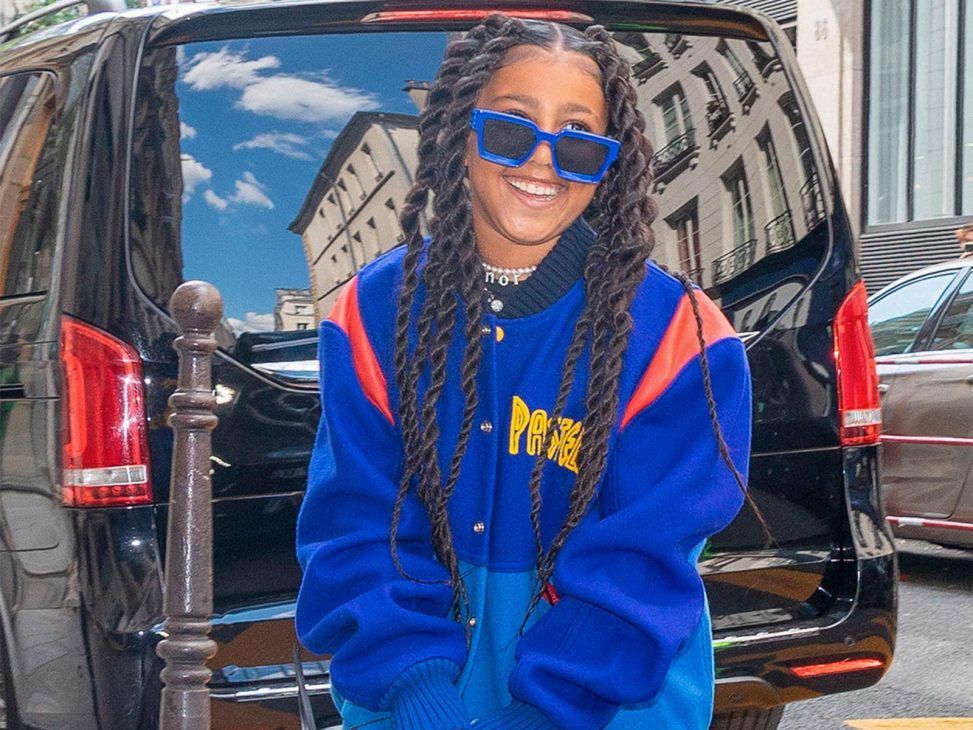 It’s no wonder that, as Kanye‘s daughter, North West doesn’t have incredible style at the age of nine. The little girl has shown a special interest in fashion since she was born. A while ago we saw the scandal she caused because her mother wouldn’t let her wear her high heeled boots, while now she’s attending Haute Couture fashion shows. Time flies…

So, the little one rescued the iconic electric blue varsity jacket worn by Kanye at the 2008 American Music Awards and paired it with Off-White™ sunglasses in the same colour, quirky HardCrocs™ and Balenciaga‘s mini Neo Classic bag too. Meanwhile, Kim stayed true to Demna‘s designs and opted for a galactic look consisting of acid green Pantashoes and a tight camouflage top.

That same day, in the afternoon, they were seen wearing another Balenciaga outfit, in which the youngest of the family opted for a denim jacket with rhinestones and a matching T-shirt. Kim chose the Speed Hunter bodysuit and black Pantashoes. Both completed their looks with dark sunglasses from the fashion house. 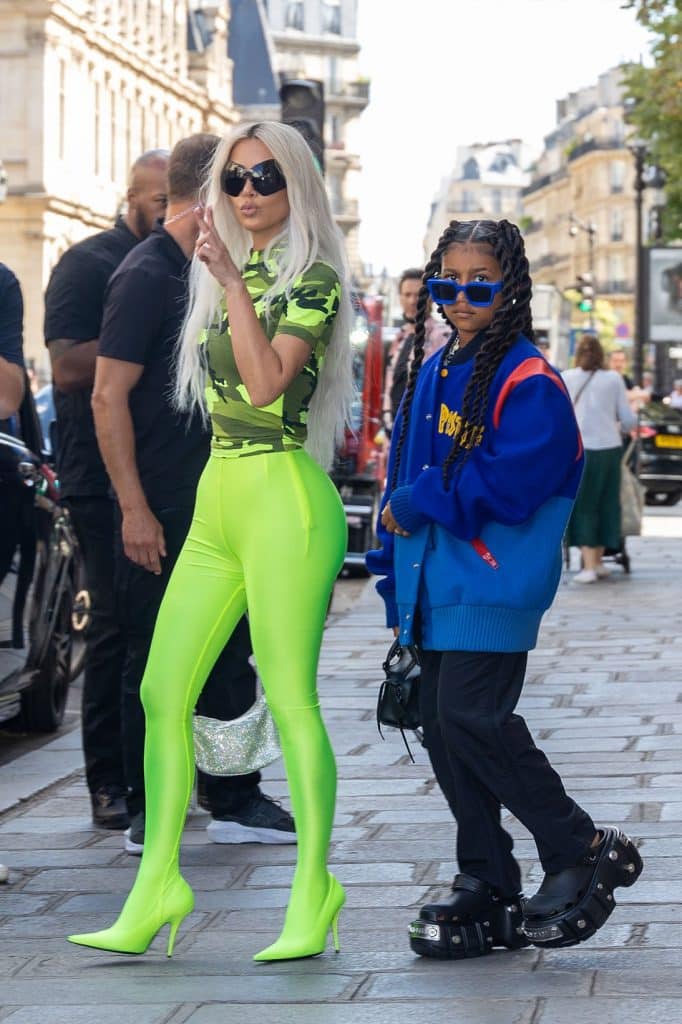 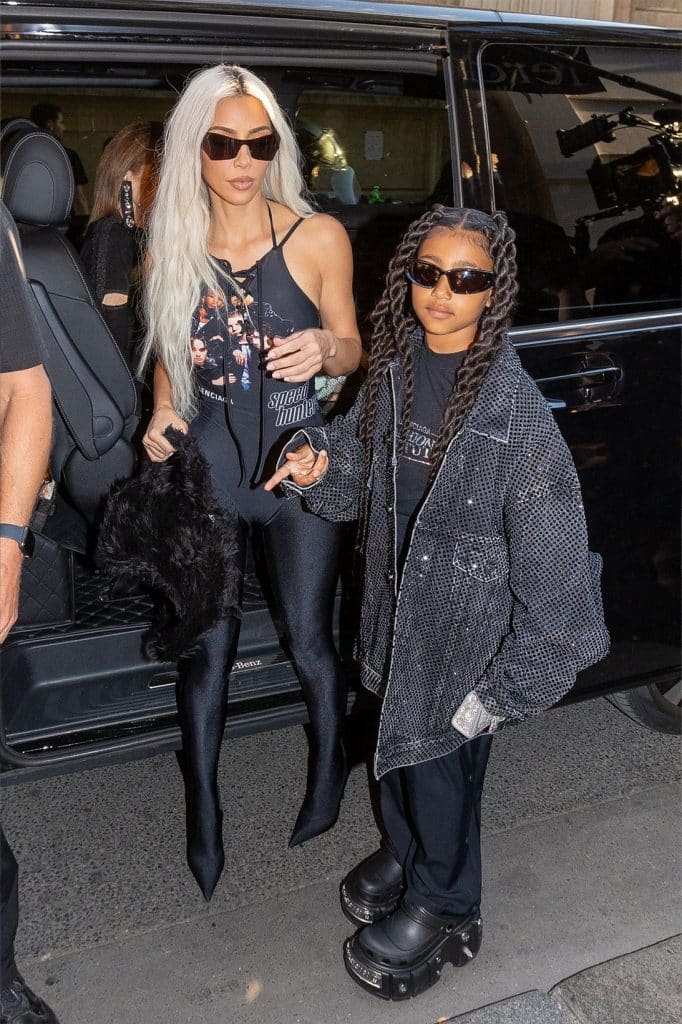