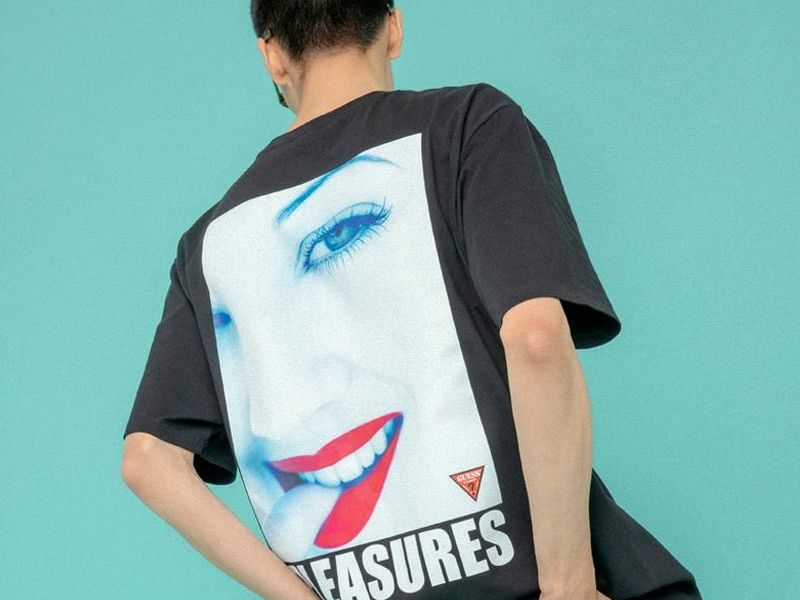 PLEASURES x Guess is back. For SS21, both brands pay homage to the 1993 Guess campaign starring Drew Barrymore. It would have been amazing if our beloved Drew had physically appeared again. However, the result has left no one indifferent. 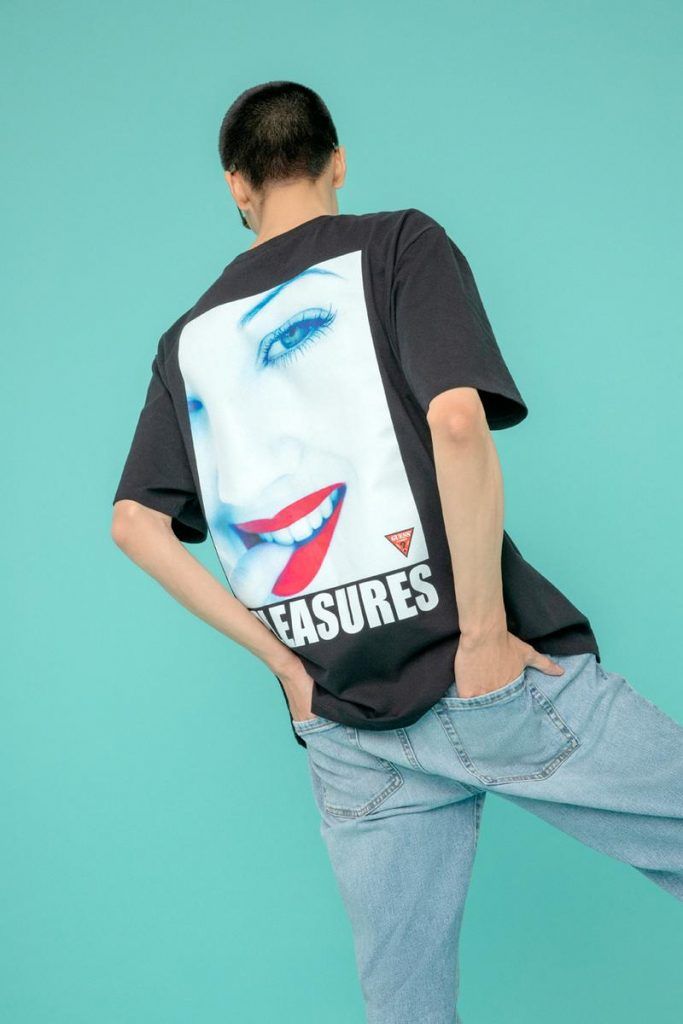 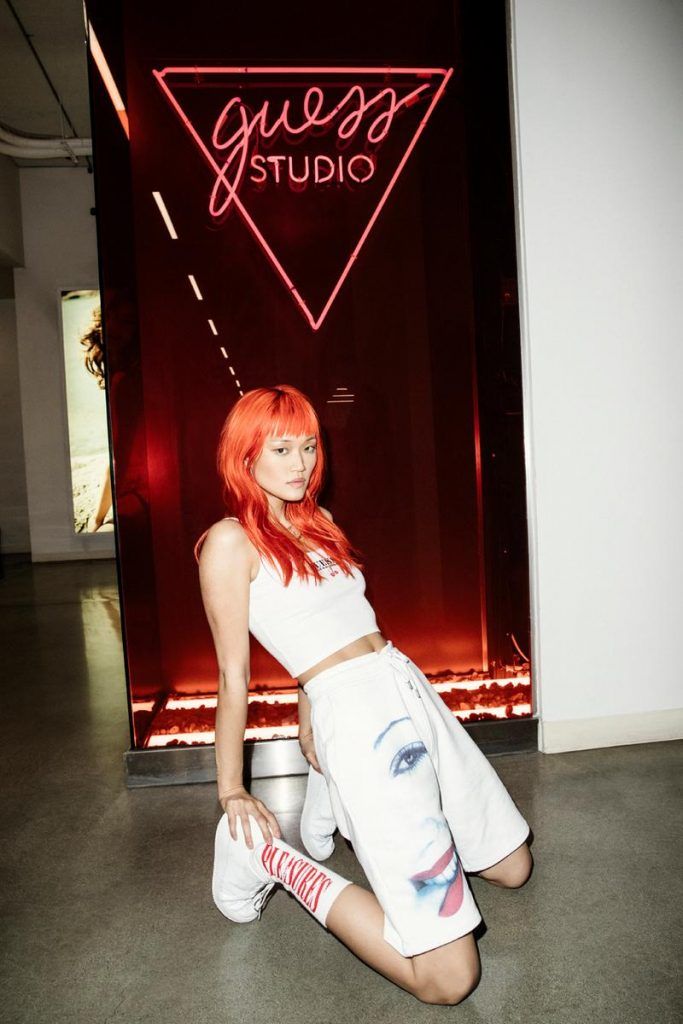 The PLEASURES label has accustomed us to irreverent collections reminiscent of punk and 90s pop culture. Now, it pays tribute to the 1993 GUESS campaign starring Drew Barrymore.

PLEASURES x GUESS translates into a 36-piece collection for men and women that captures the spirit of American culture. Thus, the lookbook features pieces covered with unreleased images of Barrymore, as well as images from the 1993 GUESS campaign. The star of the show is the T-shirt with a close-up silkscreened black and white shot of Barrymore, with matching shorts. The denim ensembles and crewneck sweatshirts also stand out.

Nicolai Marciano (@nicolaimarciano), co-founder of GUESS, said that the success of the campaign was such that he felt compelled to bring it back. He added that Drew’s image was presented at a key moment to mark a whole generation of GUESS fans. 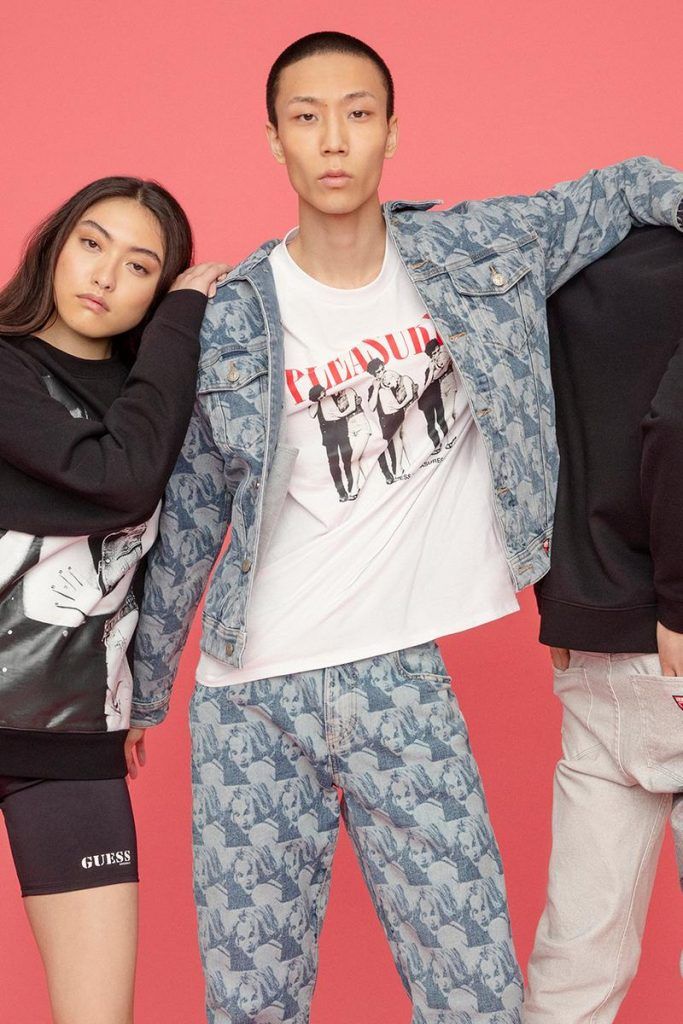 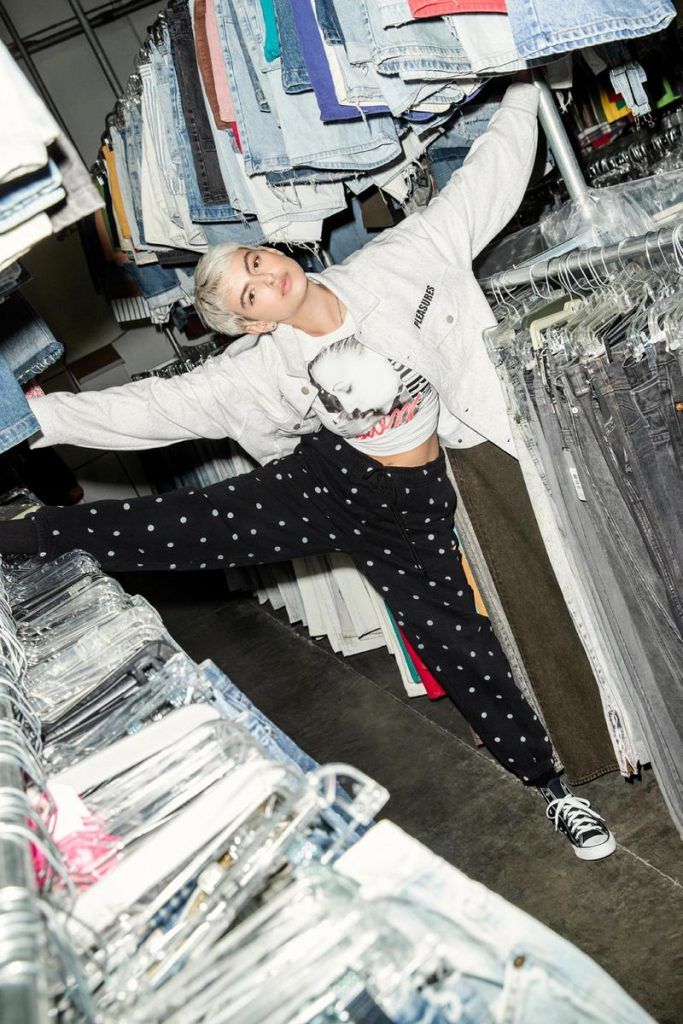 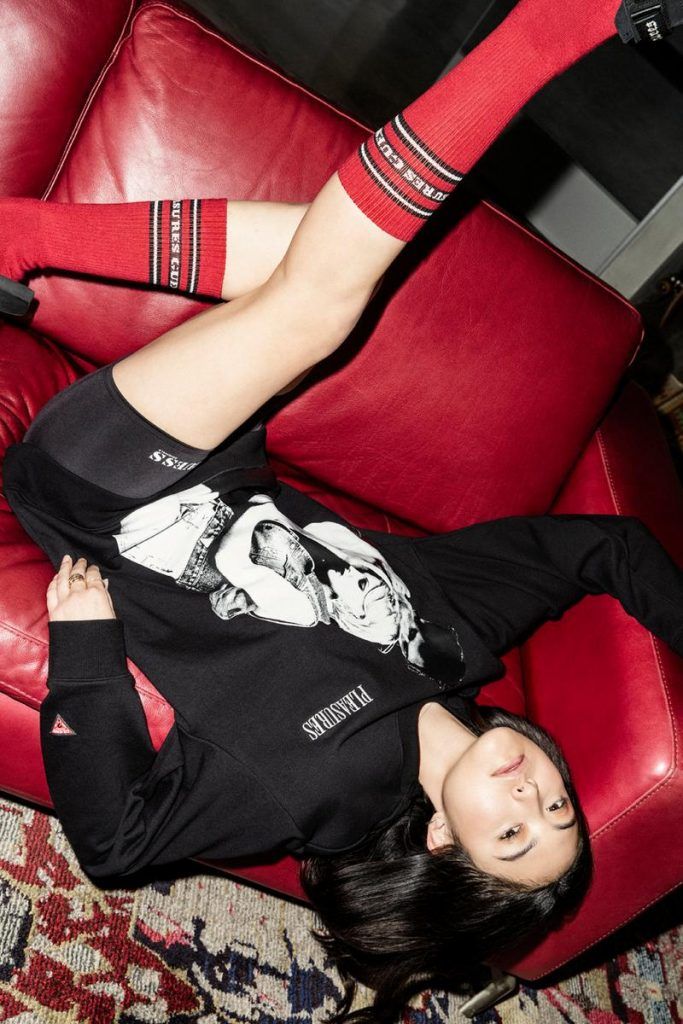 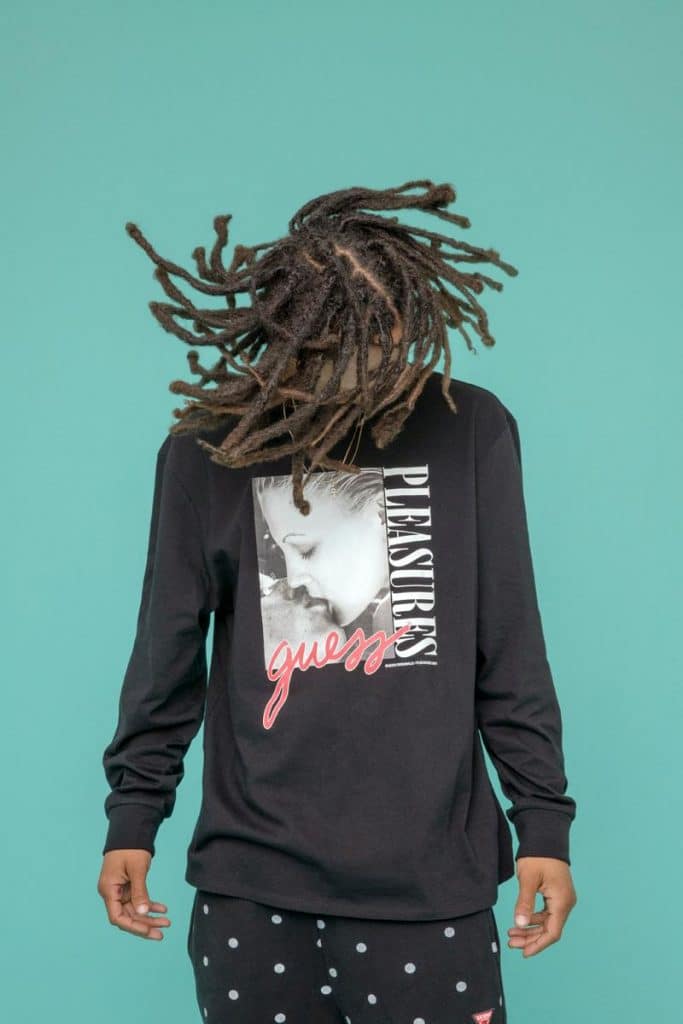 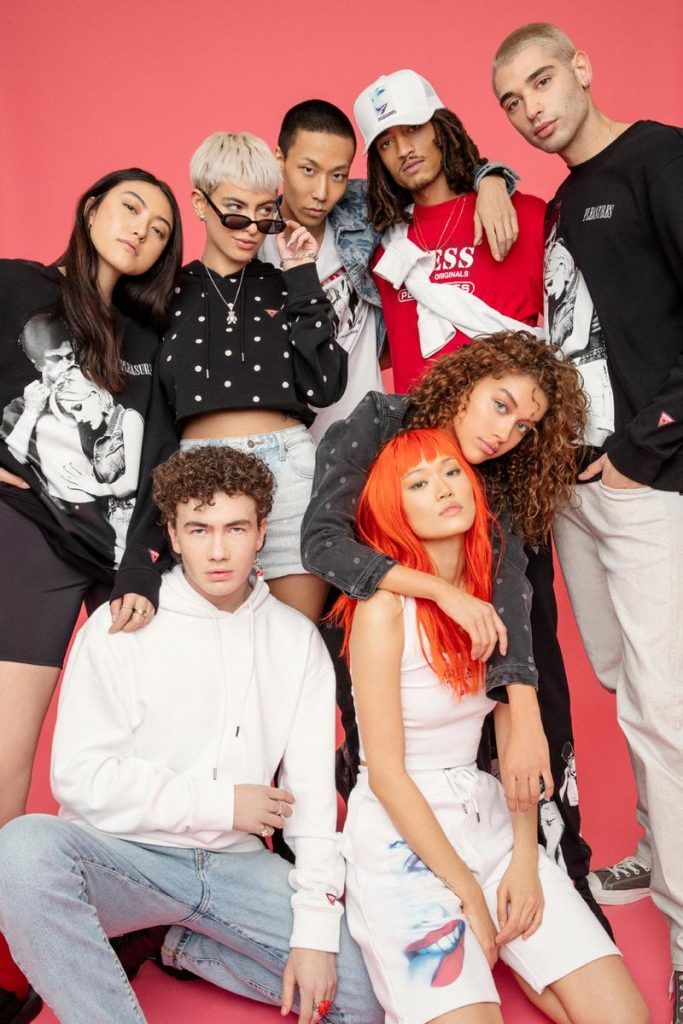 If we had to sum up the collection in one word, it would be nostalgia. And no wonder, a figure like Drew portrays 20 years later, a whole myth. The collection will go on sale in selected GUESS stores and on the web from February 16. In the meantime, don’t miss the latest news about SS21.

Guess Originals elevates its iconic bear for Fall 21 season
We present you the best shoes from the SS21 fashion shows
The Saint Laurent SS21 hedonistic and aesthete capsule
The Ibiza dream comes true at Pull&Bear Summer House Island Dream
The lingerie pleasures of Agent Provocateur SS21
Places+Faces are due to release their penultimate SS21 collection this Friday
Adererror x Helinox: the collaboration of the summer
The new iPad Mini is on its way
Discover the most retro sneakers by Dior
Rowing Blazers x Murray’s Toggery Shop in preppy codes
Naomi Campbell is the muse of Burberry TB Summer Monogram
Fear of God sculpts sleek slip-ons for summer