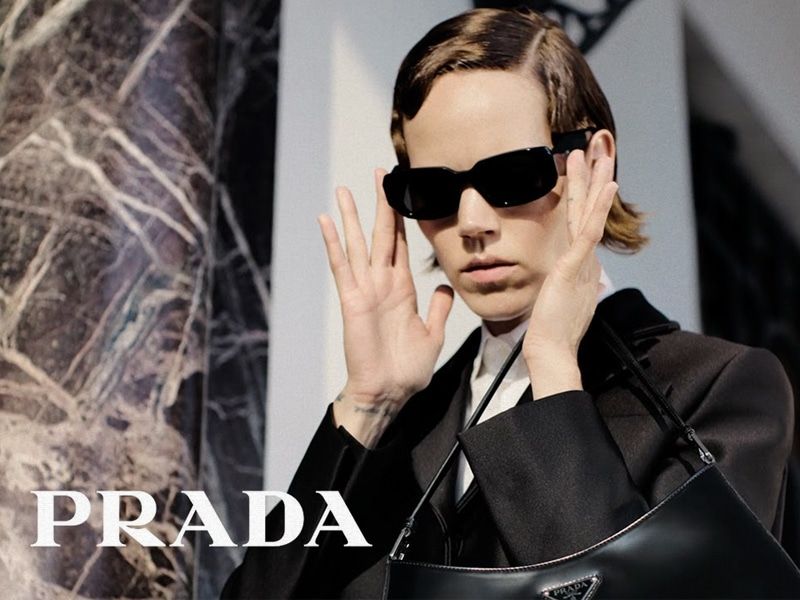 Prada and the unsolved mystery in its new 2020 Holiday campaign

The new Prada 2020 Holiday campaign photographed by Steven Meisel reconnects with the early moments of the Italian house, a pioneer in the aesthetics of film drama. The film “A strangers call” is based on an original story conceived and written for Prada by best-selling author Candice Carty-Williams. This tribute to film noir comes under the creative direction of Ferdinando Verderi. 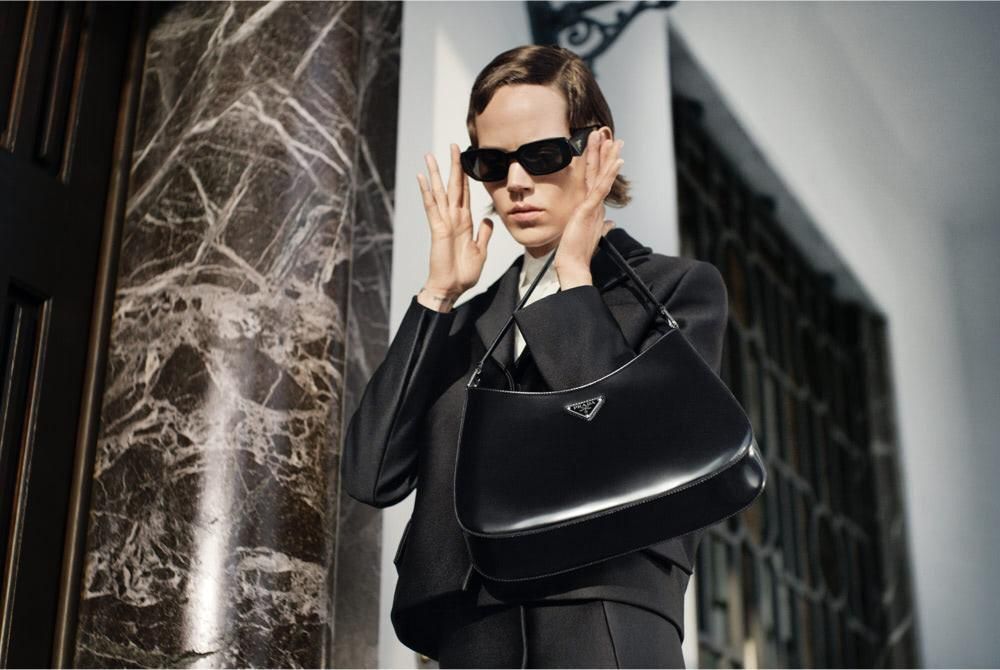 A cast of five common faces of the Prada universe-Freja Beha, Maty Fall, Mao Xiaoxing, Rudolfs Valbergs, and Merlijne Schorren-dwell a lonely italian villa. The Villa Gnutti became famous thanks to a photographic session by Helmut Newton in 1981. 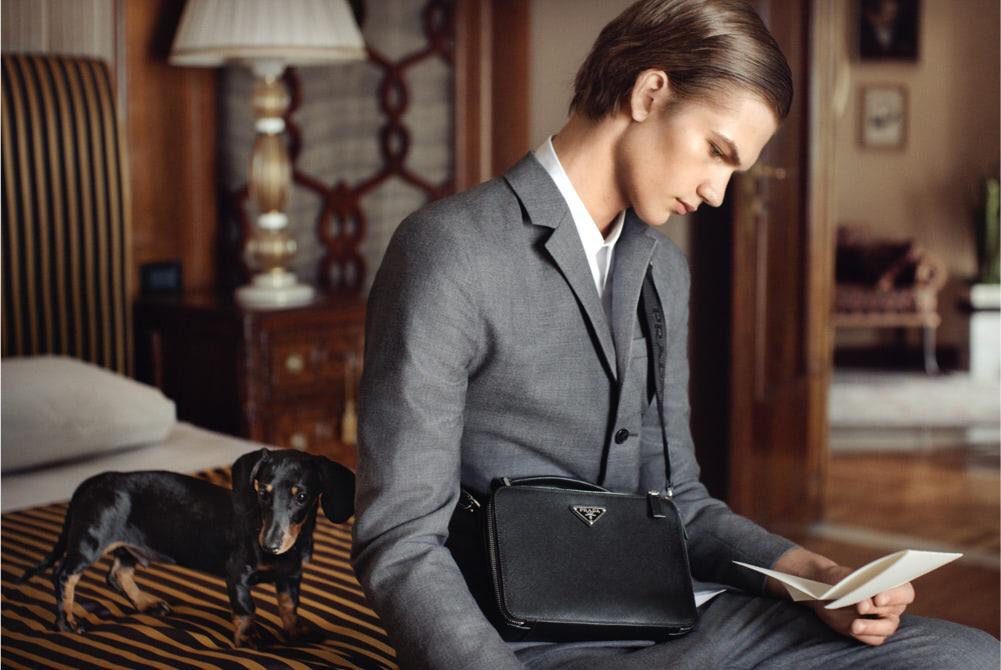 The tradition of film noir and a mystery to be solved involve the characters in a cinematographic drama in which the sequence of images gives a sense of stress, sometimes of contradiction… 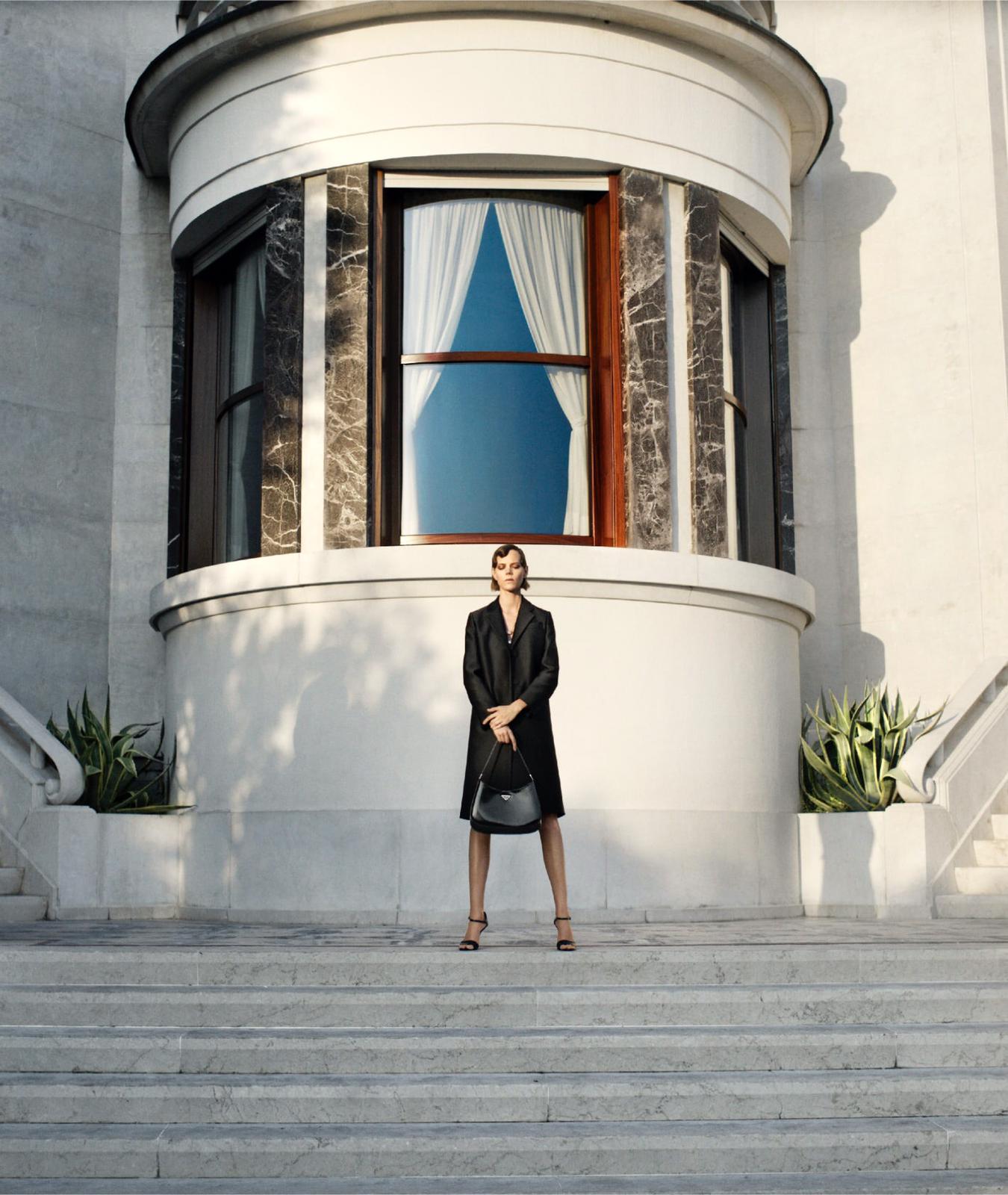 Prada’s accessories take center stage in each of Meisels’ shots in absolute detail. Different angles, points of view and cuts show the complements as key points in the plot, or clues that are part of the unsolved mystery hidden in the Italian villa. Elements such as bags and ties dominate the picture, capturing the attention of our eye. 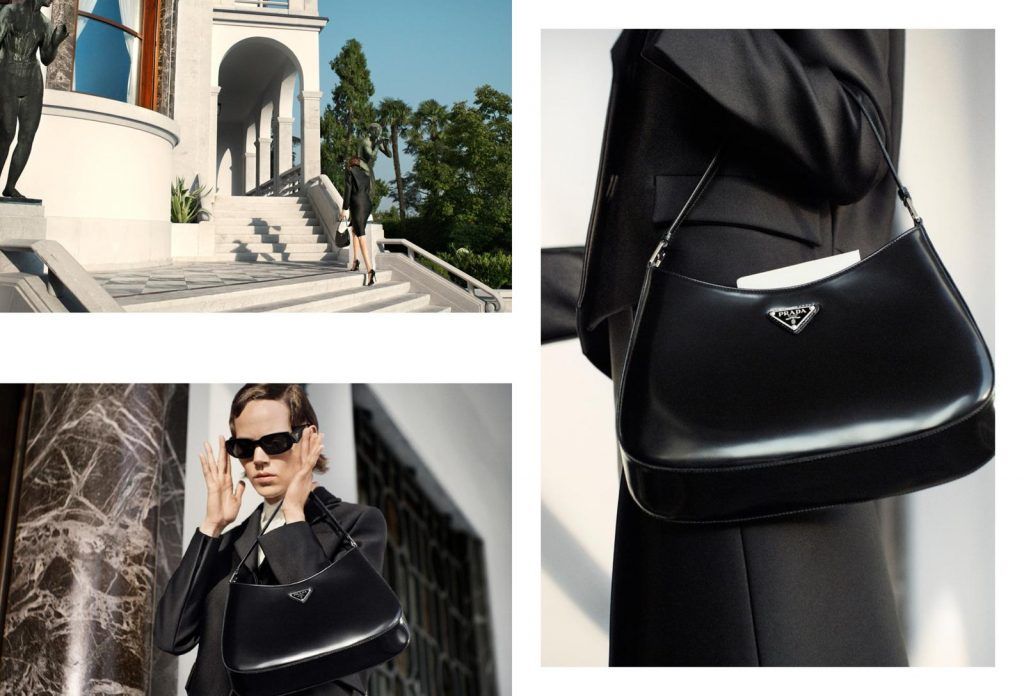 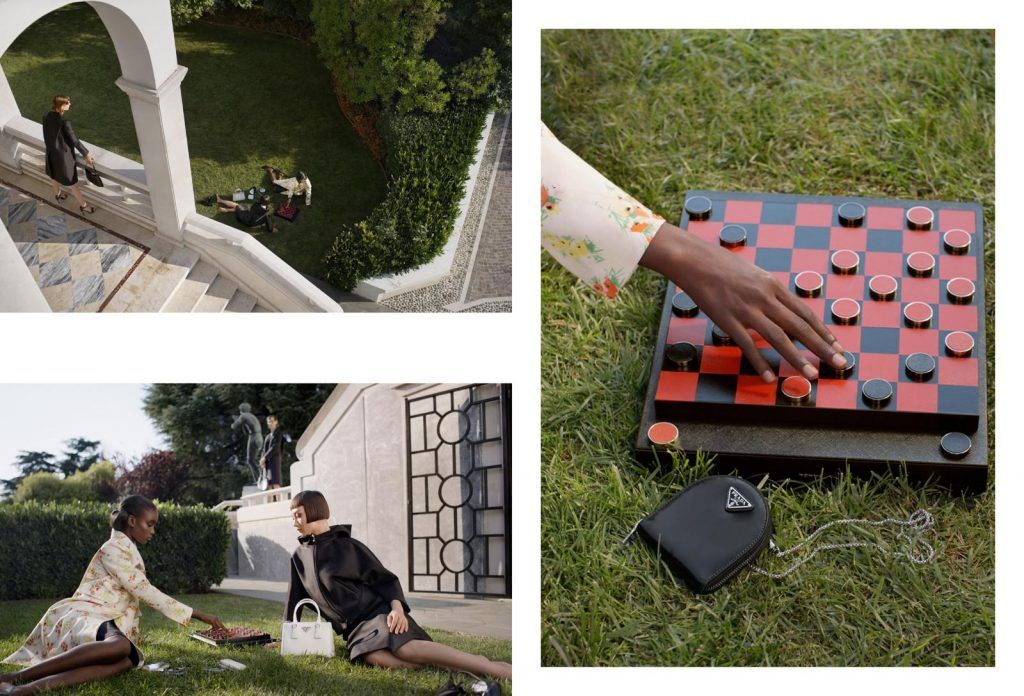 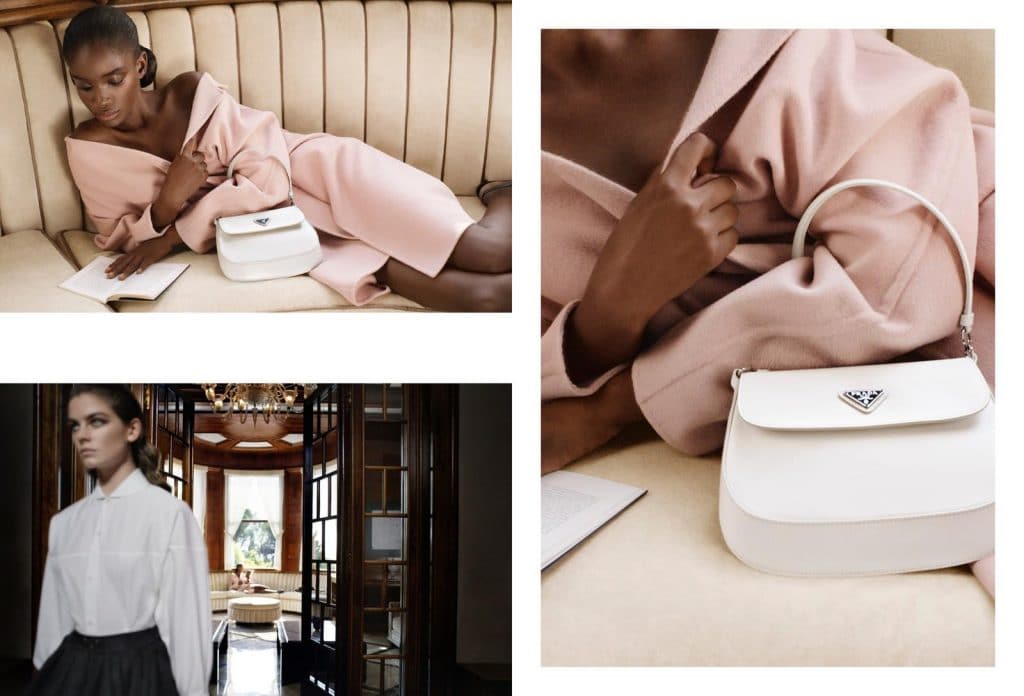 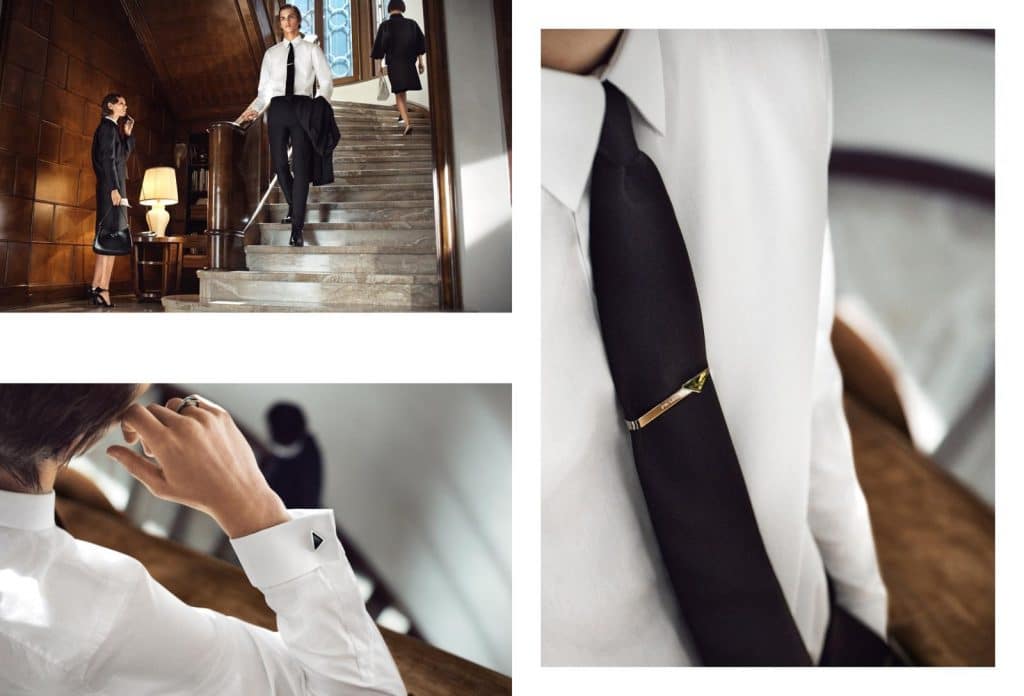 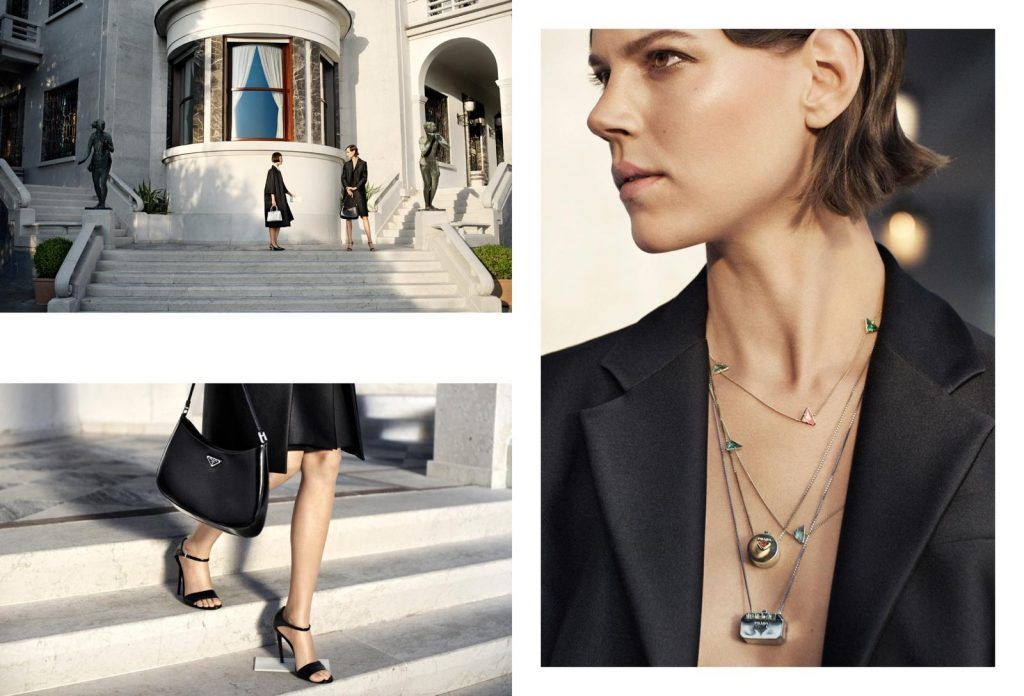 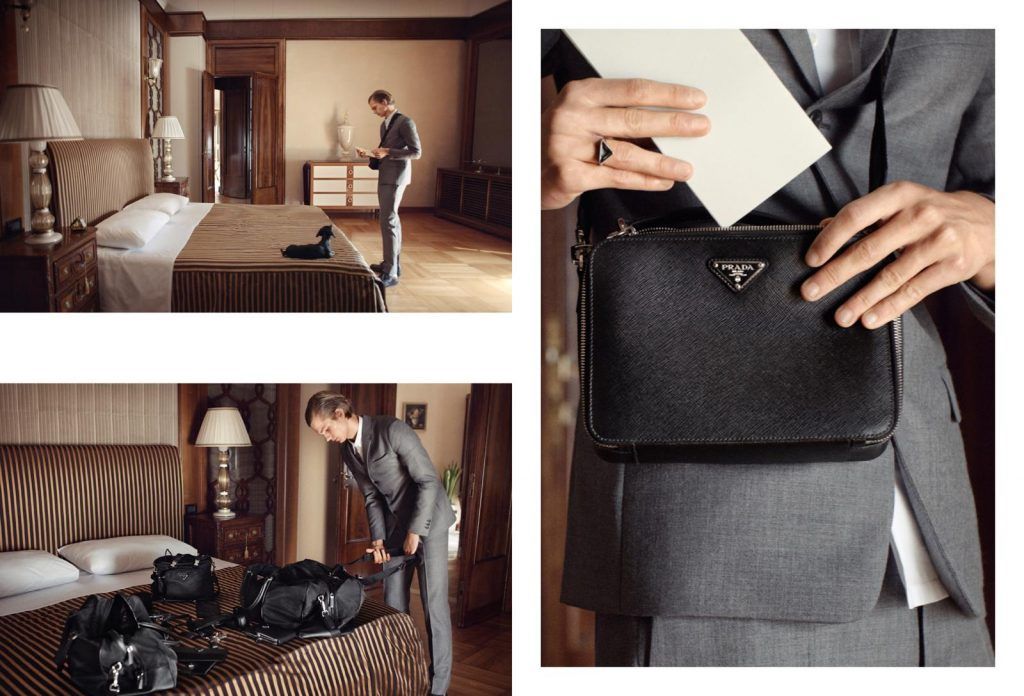 One of the main points of the campaign is the new Cleo bag. We first saw it at the Prada Multiple Views SS21 show, and it was also part of the Spring/Summer 2021 collection for women. The Cleo line is influenced by the styles of the Prada archive and traditional clothing techniques. A perfect synthesis of classicism and futurism in equal parts.

Beautiful jewels for her, in silver and gold with tourmaline, reinterpret the iconic lines of the Prada triangle. The brand’s emblem is also shown as part of chain necklaces, lariat necklaces, tie clips and long earrings.

The selection of Holiday Gifts from the Prada Holiday 2020 campaign is available here and here .

Versace brings out its gothic side in its latest show
GCDS SS23: the alien invasion is here to stay
Prada SS23 dresses the businesswoman of the future
Welcome to Diesel democracy, where denim is king
The new Pink Martini x Balenciaga campaign is all about X Factor
Peter Do SS23, it was only a matter of ‘time’
Off-White™ FW22: Ibrahim Kamara’s first campaign
Louis Vuitton takes its SS23 men’s fashion show to the Chinese resort town of Aranya Gold Coast
Peter Do to debut menswear at his next NYFW show
HERON PRESTON FW22: big city-inspired essentials
Prada designs a candle with its essence in its DNA
Functionality and elegance meet in Prada’s Re-Nylon Pouch Belt