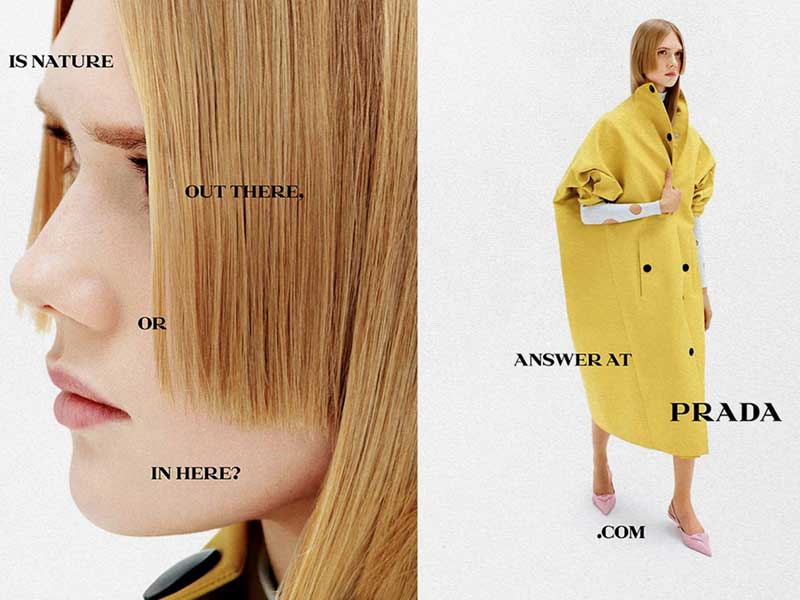 Prada’s SS21 campaign is perfect for a meme

Raf Simons raises some existential questions for his first campaign as co-creative director of Prada, and the internet is already doing its job.

After its debut on the show SS21, Prada has launched its first campaign under the co-creative direction of Raf Simons. The campaign features a group of models dressed from head to toe in the Prada look posing in front of a white background accompanied by existential questions, such as:

“Does ‘cloud’ make you think of data or sky?” and “Is future a romantic idea for you?” Each question ends with an invitation to visit the Prada website, where users can submit their answers or ask their own questions that might appear in upcoming campaign images and in a compilation book. 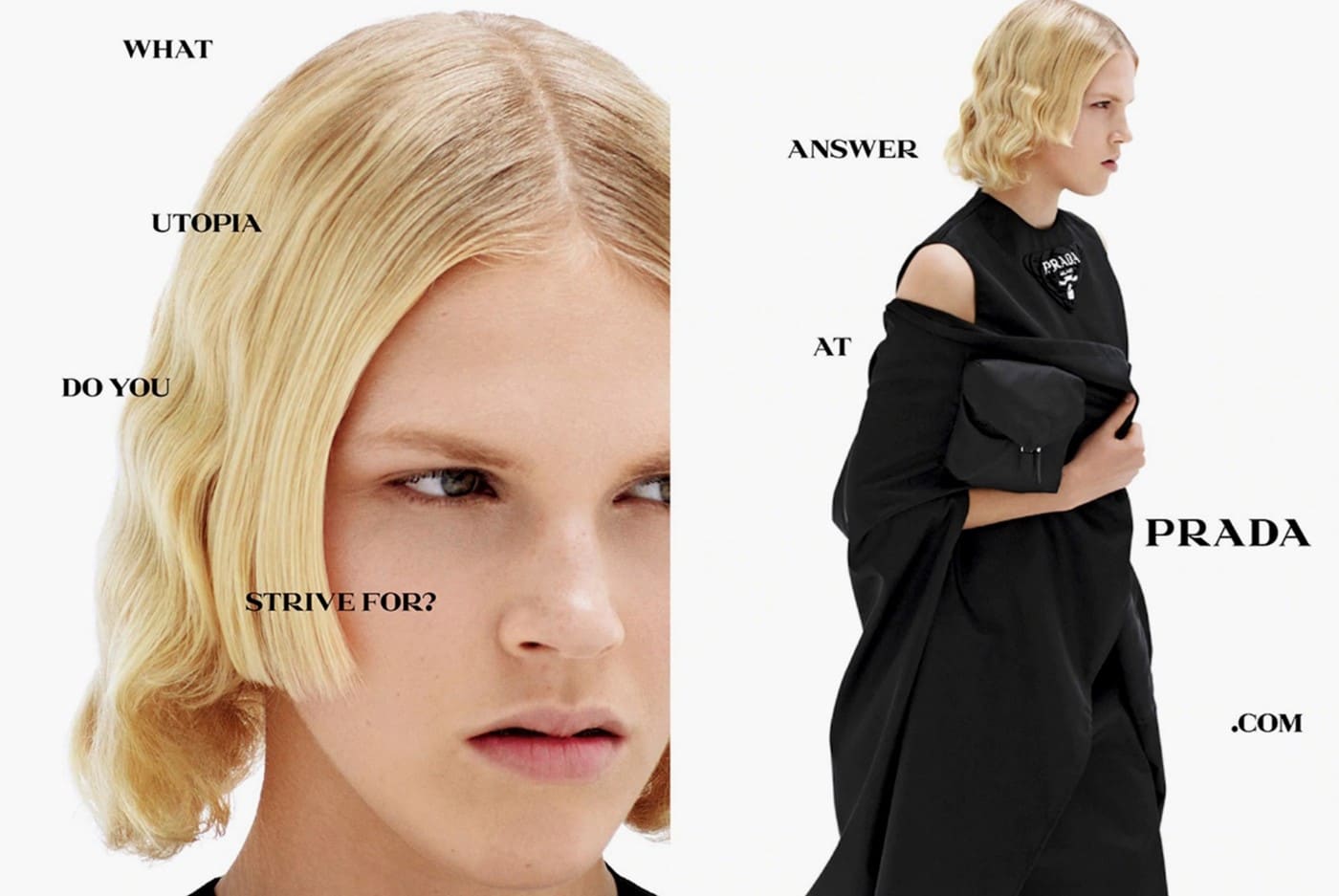 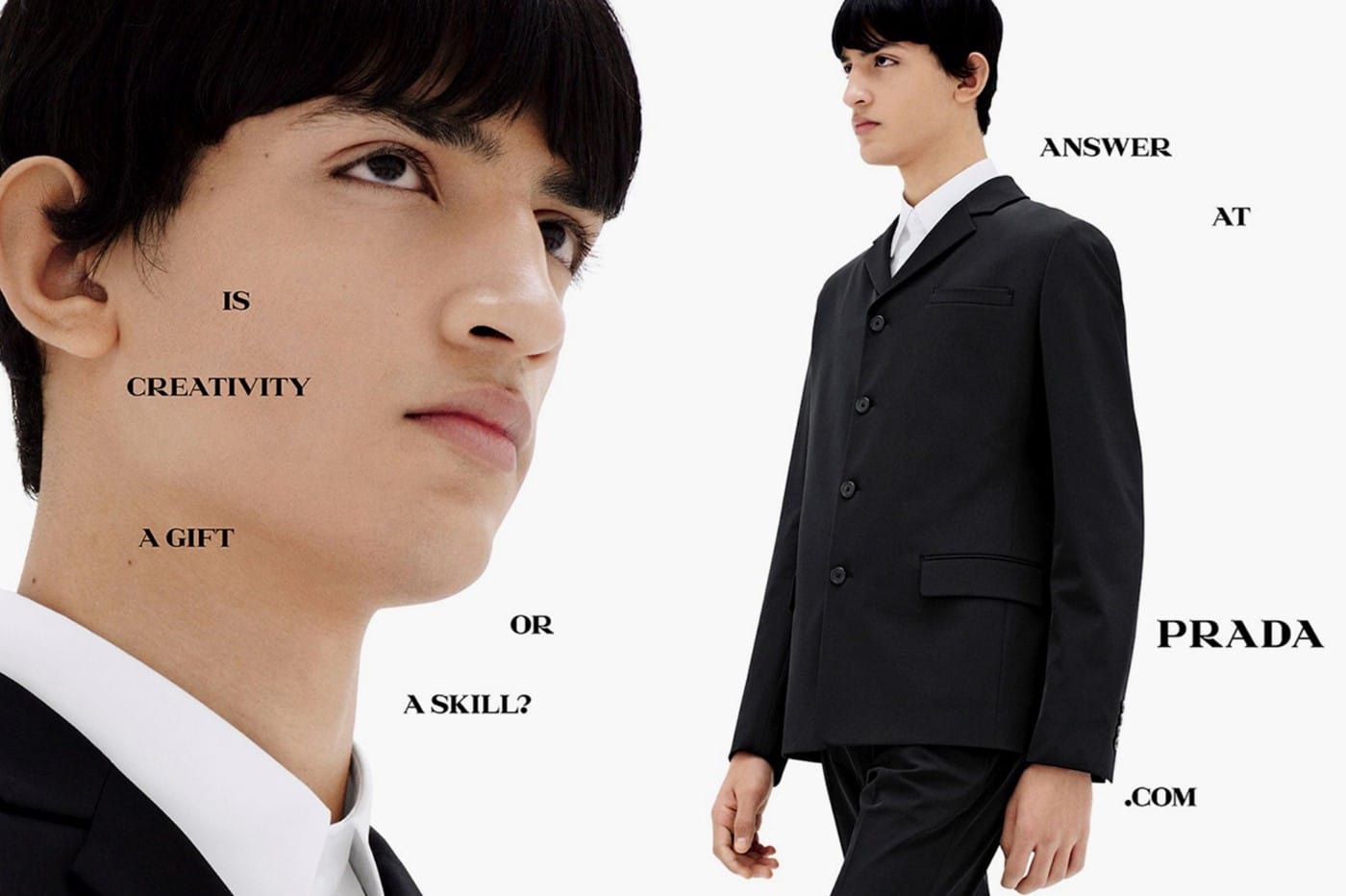 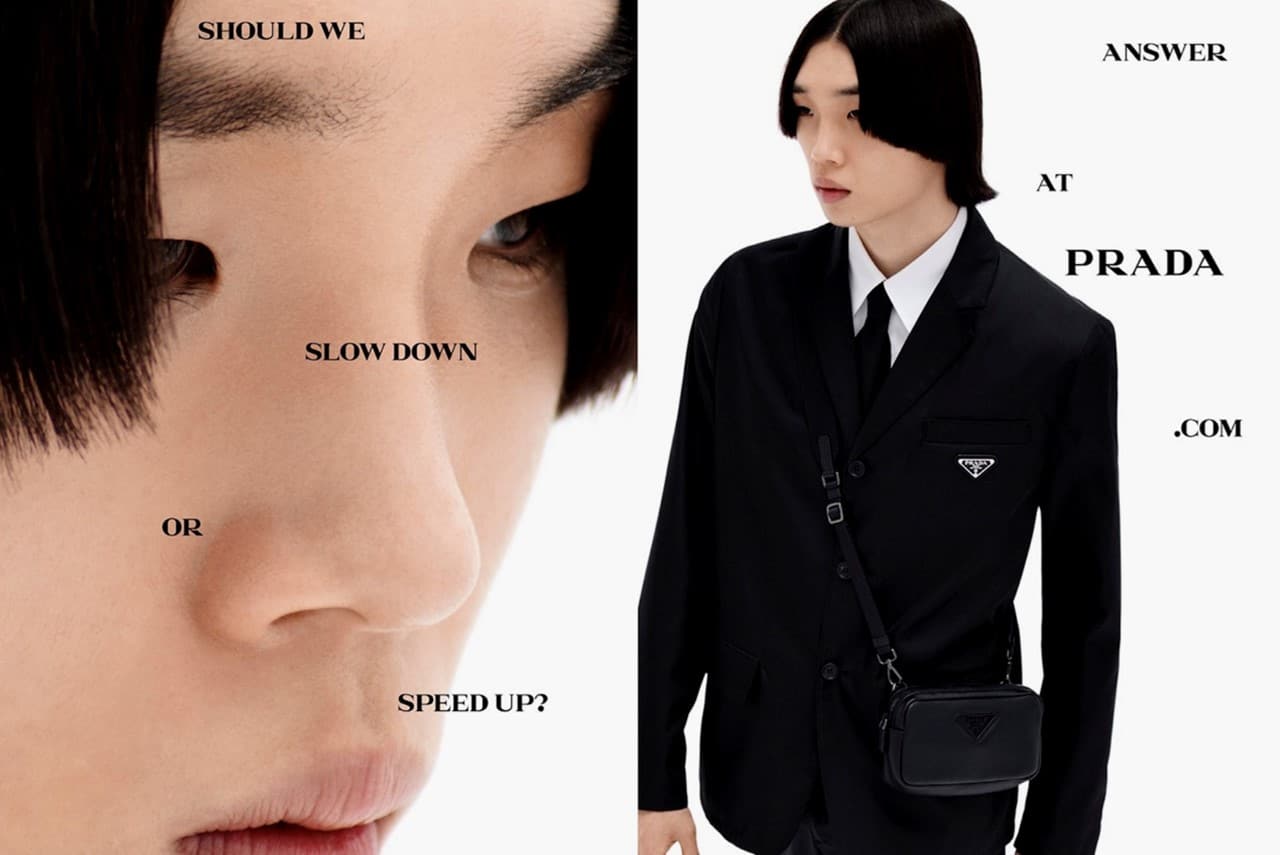 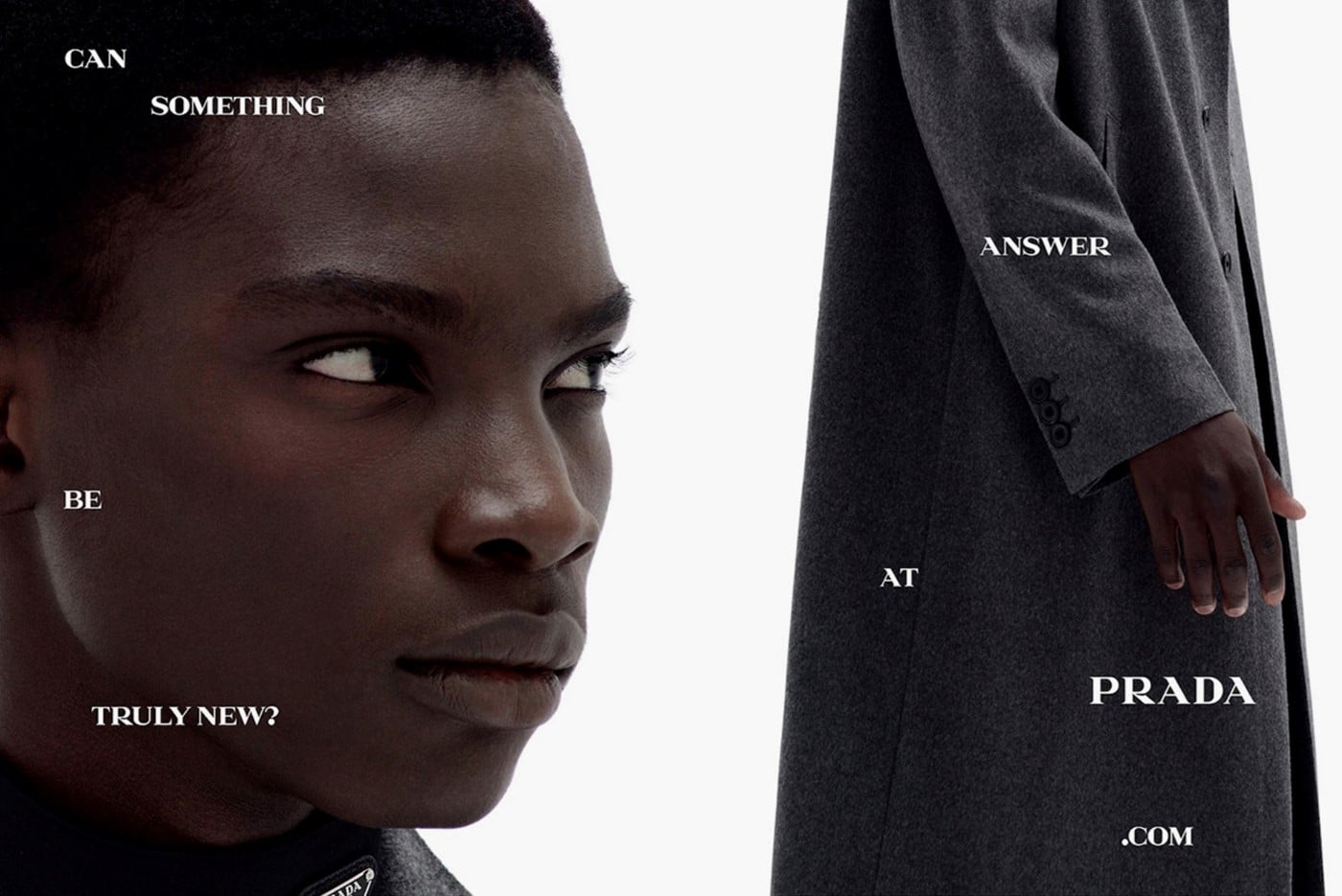 Fashion lovers quickly realized the easy format of the campaign for memes, so very soon twitter versions appeared with the questions of the users themselves:

According to Prada, the campaign was created to investigate some important issues in today’s society. “The questions themselves reflect on these issues: perceptions of self, views on technology, ideas about humanity – diversity, inclusiveness, sustainability,” the brand explains in a statement. 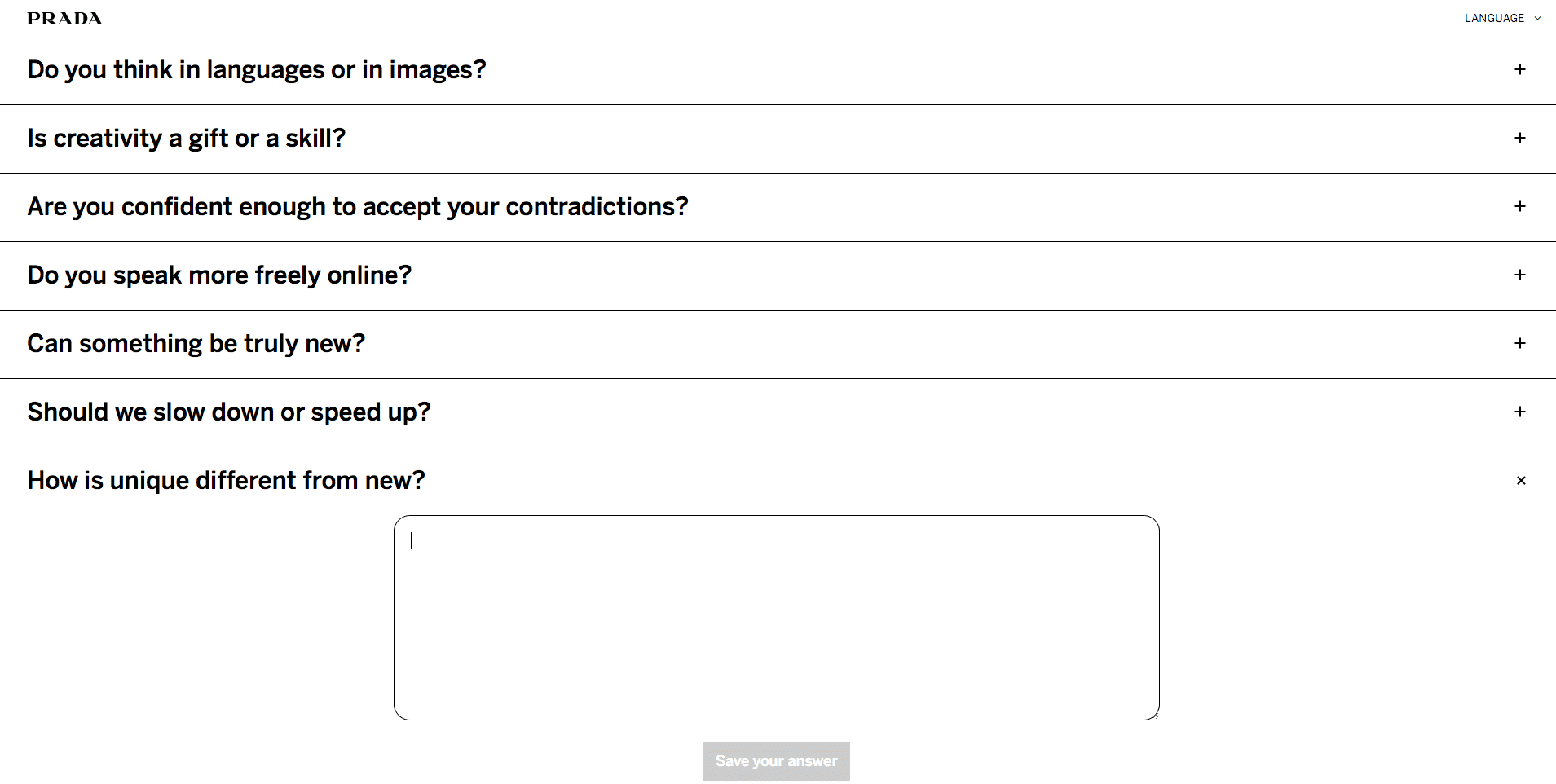 We like it very much, it is very important in a moment of contact 0 to appeal to the intervention and participation of the consumer. It is the only way to create community right now.

Jil Sander’s campaign for SS21 is an ode to the feelings
Aries SS21, exploring surf and 90s rave culture
Prada FW21, Raf inspiration
These are the Prada bags for SS21
“What We Do All Day: Martine Rose’s New Reality for SS21
Nick Knight photographs the new Fendi campaign
Nike exhibits its Dunks showcase for SS21
Drôle de Monsieur celebrates the French Riviera for SS21
Prada increases its sales by 52% in China
If Prada made an Air Max 95 it would be like this: Collision
Five surprising fashion moments that sum up 2020
The best moments of the year 2020