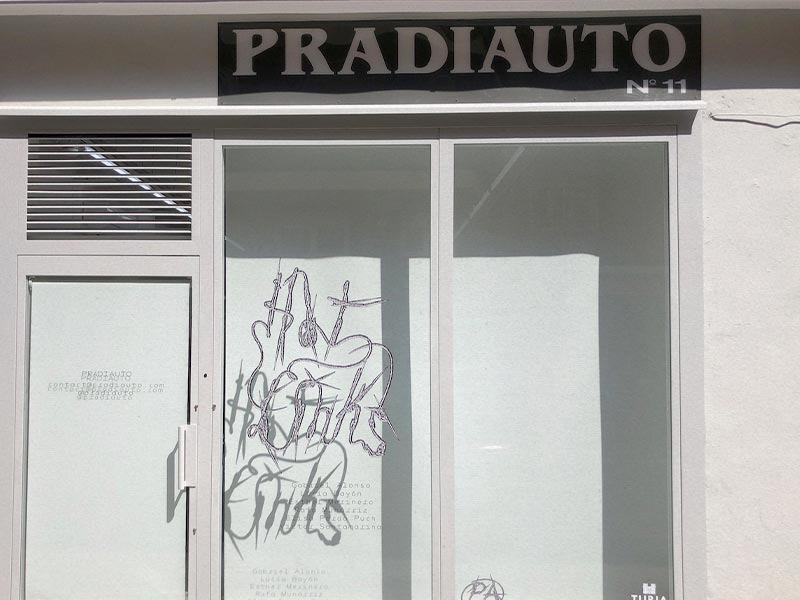 We accompanied Sofía Corrales Akerman and Vera Martín Zelich, curators of Pradiauto, at the closing of their exhibition named ‘Hot Links’. 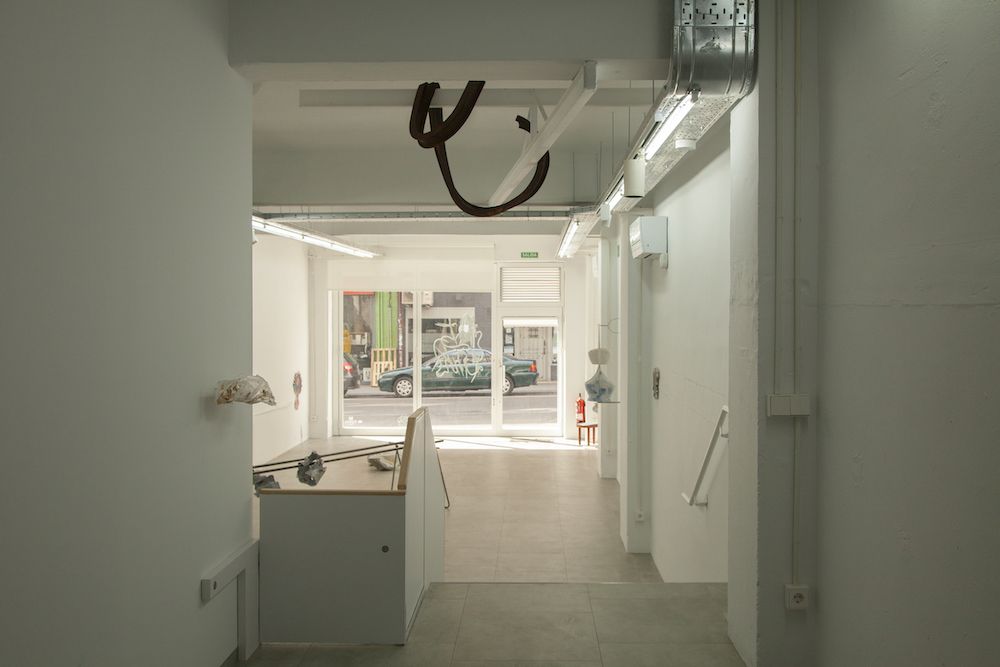 If you walk down Pradillo street in Madrid’s Prosperidad neighborhood, you will undoubtedly have to stop before the doors of Pradiauto. And the fact is that the place, with large windows that let you see the artists’ works from the outside, does not go unnoticed. What was once a car workshop has become an independent space for contemporary art, dedicated to supporting both local and international artists.

Sofía and Vera tell us that they have decided to keep the essence of the workshop while maintaining some elements, including the name. They say that the transformation has been more of a mutation, because while before it was dedicated to the handmade repair of automobiles, now they exhibit pieces made with almost the same meticulousness and manual labor. Also with the intention that the space did not break with the neighborhood, they say that there have already been several neighbors who out of curiosity have entered. Following this line, they wanted to inaugurate the space with the exhibition ‘Hot Links’; in which they present six artists who have developed pieces under the common theme of the transformation of space.

The artists met in the workshop before it was transformed, in this way they elaborated the pieces with a common idea and in parallel growth with the space. Esther Merino‘s work, Gatway, has four pieces hanging on the wall. Made of resin, the colors melt in an interior framed in aluminum. The artist has used olive oil to give it a greasy appearance and evoke the oil stains that can be found in a mechanic’s workshop.

As we enter, we come across two tassels holding pieces of cast aluminum. This is the work of Víctor Santamaría, Ciclo de fatiga, which speaks of the concepts of concavity and unfinished work, as he conceives his sculpture as works without final results. Next to it, hanging from the ceiling by two chains, is the work of Elisa Prado Puch, a watercolor patchwork on cotton fabric, reminiscent of car racing flags. The artist tries to reflect on the femininity that prevails in the world of automobiles, traditionally conceived as something exclusively for men.

Sofía tells us that this idea of confronting the feminine and the masculine, the meticulousness with the coarse and coarse, prevails in almost all the works and in the space itself, as in Lucía Bayón‘s piece, Puntual. 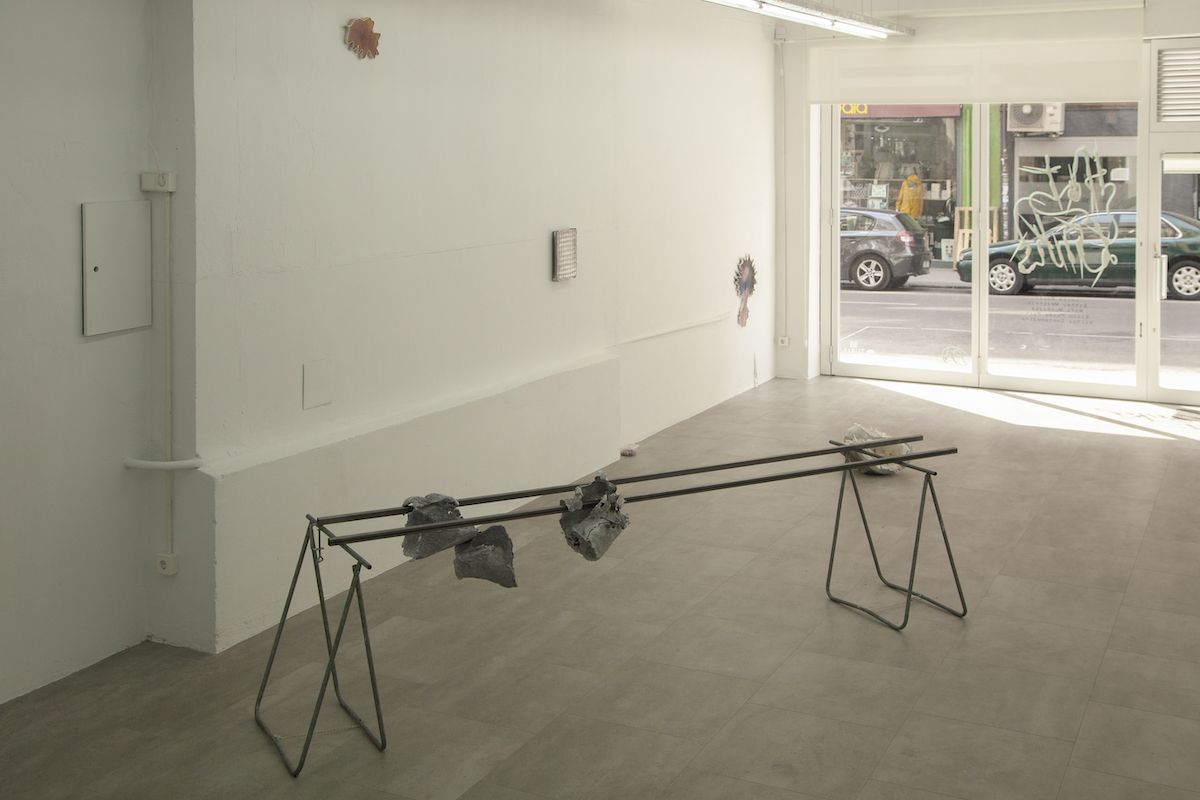 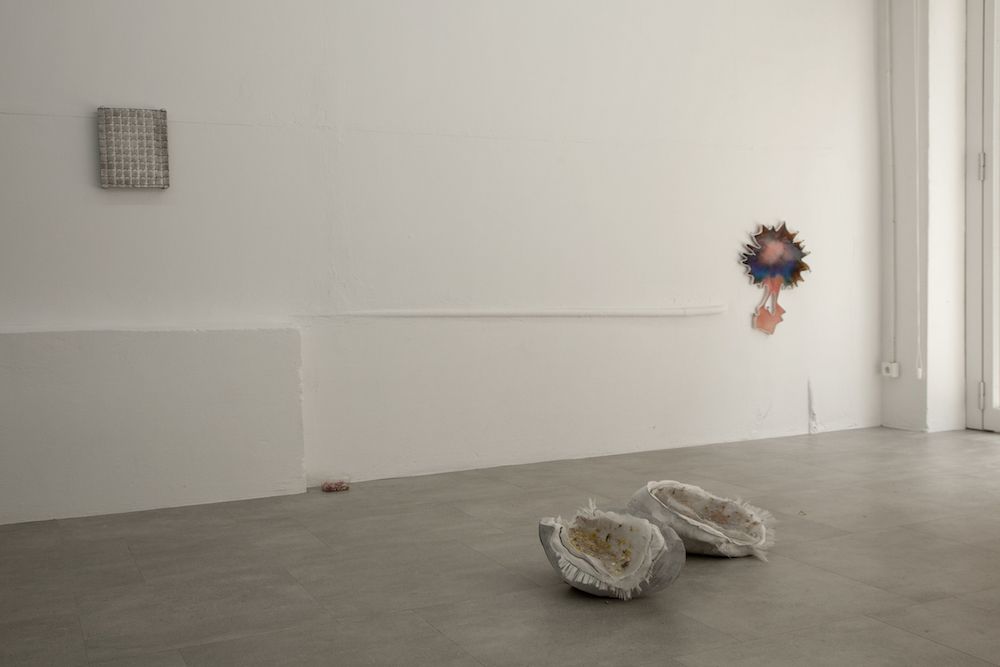 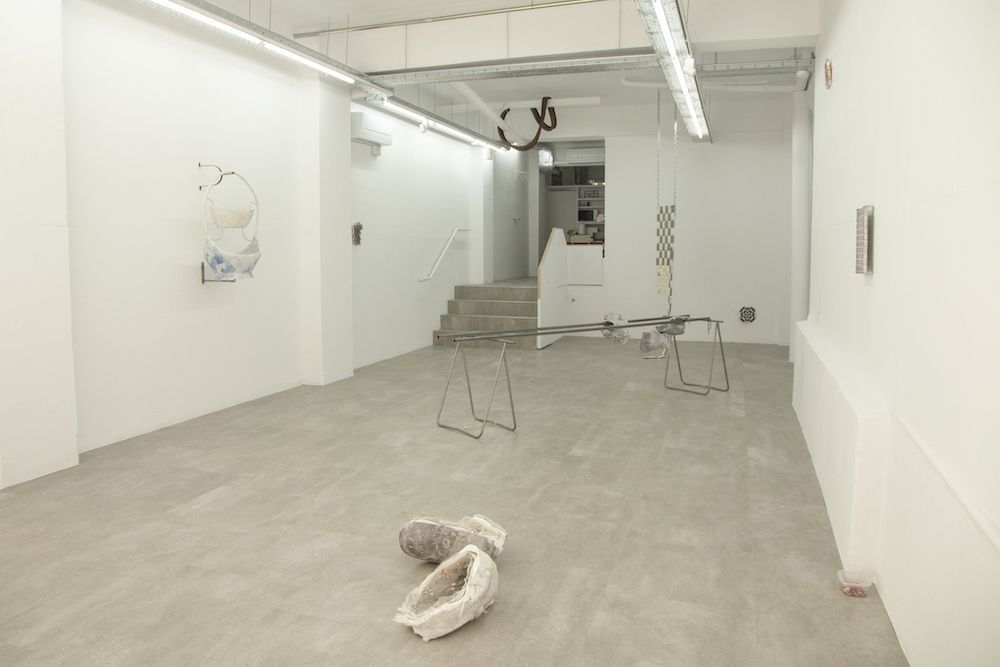 We approached Gabriel Alonso‘s work, with the surprise of finding Gabriel himself there. His work is called The Ghost in the Shell, and is composed of a series of pieces that we find both on the floor and on the wall. Gabriel explains that, for the mold of the works on the floor, he has used car parts dented by accidents. The resulting void was filled with materials such as cement, car grease or plaster. In the wall sculptures we see petrified flowers in resin and fiberglass. His work speaks about the human eagerness to preserve life, the ephemeral, and how destruction can lead to another creation.

A beam that, if you look closely, doesn’t make any sense. Sofía explains that they decided to keep it, even though it was no longer used for anything (it was previously used to lift engines). When the artist Rafa Munárriz visited Pradiauto for the first time, he saw it as the perfect place to keep his iron sculpture Hacia la curva cerrada V. Both artist and curators were astonished when they discovered that it fit perfectly, as if it was meant to be there.

We say goodbye to Sofia and Vera, but not before asking them if we will soon be able to see another exhibition in Pradiauto. The answer is affirmative. The first FOCUS session of the Institute of Postnatural Studies will take place soon. An appointment not to be missed. 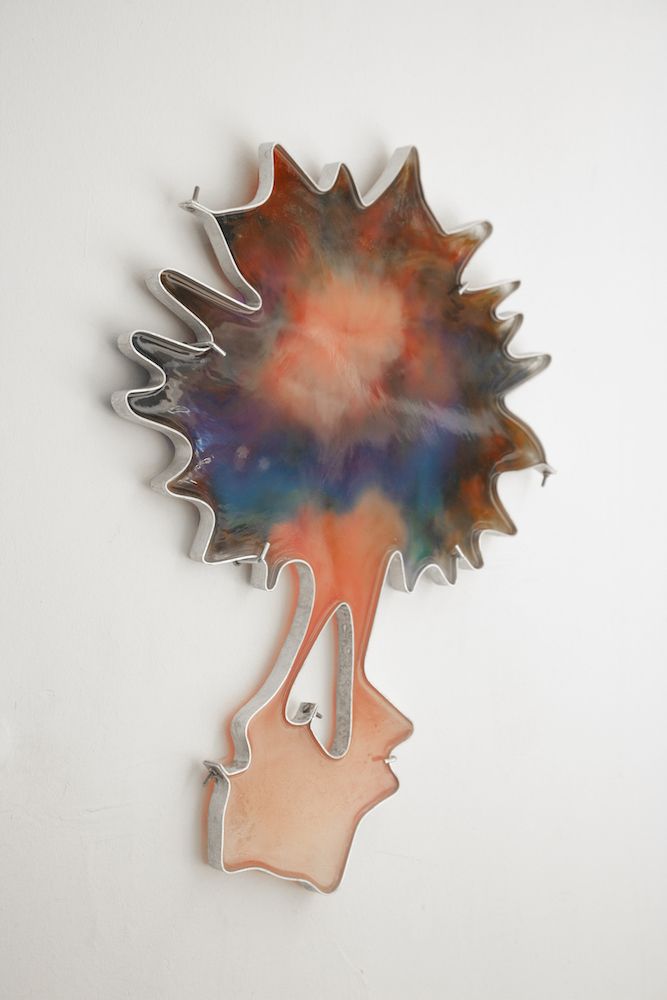 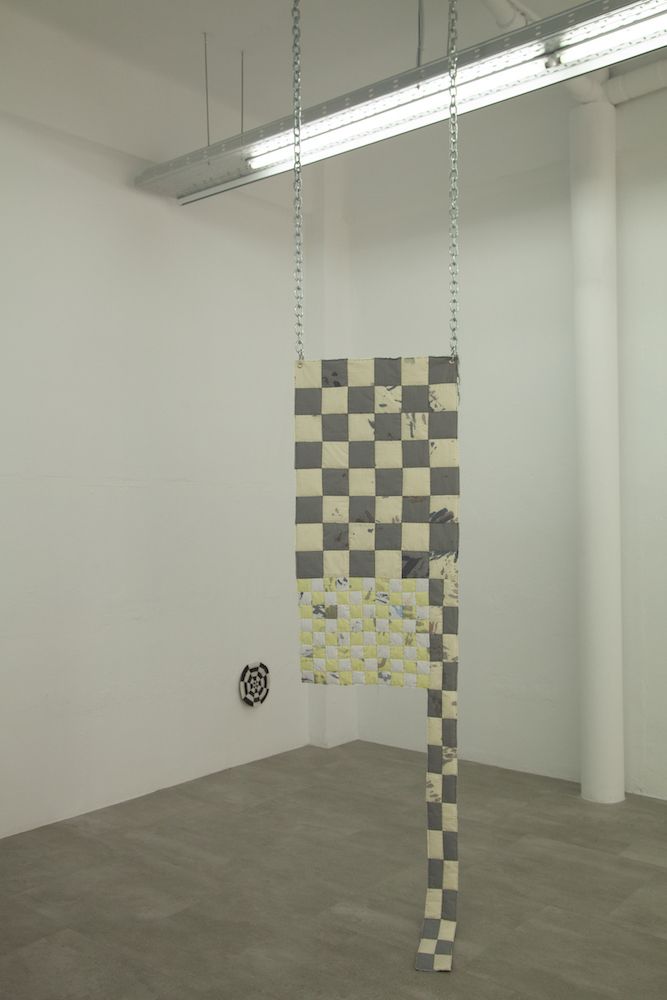