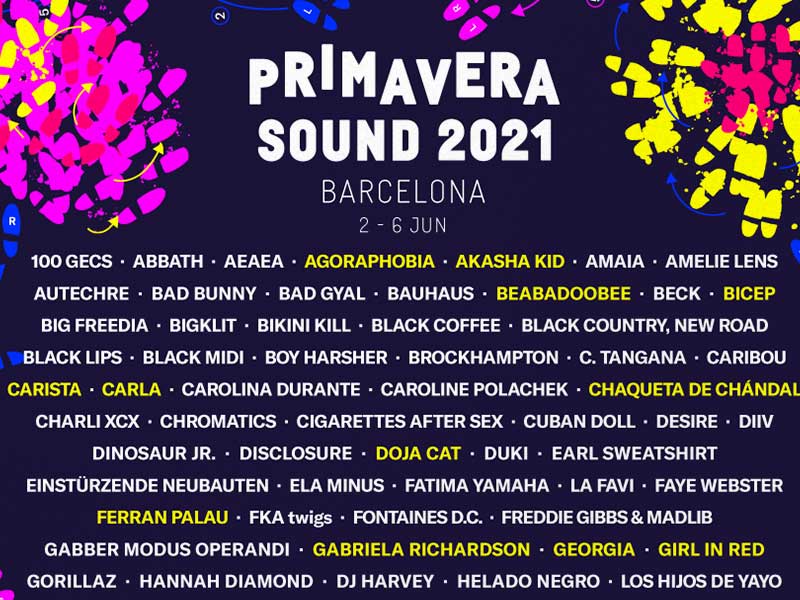 Today the doors of the Parc del Fòrum in Barcelona should have opened to inaugurate the twentieth anniversary of Primavera Sound. After months of preparations and weeks in which the music would have started to fill the city, the time had finally come to welcome the tens of thousands of people from all over the world who were ready to experience the best week of the year, thanks to the music of the more than two hundred artists who were going to perform and the dedication of the thousands of workers who were going to make it possible.

Unfortunately, and for reasons already known, that will not be the case. But the festival is still looking ahead now that there is less than a year to go until the arrival of Primavera Sound Barcelona 2021, which will be held from the 2nd to the 6th of June next year in the Parc del Fòrum. The first hundred names announced last week are joined today by another 37 artists with whom the festival continues its journey towards its twentieth anniversary. However, there are still many surprises to be revealed, which will be announced over the coming weeks. There is one day less left for Primavera Sound Barcelona 2021, the #bestfestivalforever.

Glastonbury confirms cancellation for second consecutive year
The first COVID-Safe festival was successfully held in Barcelona
Primavera Sound unveils the 2021 line-up
Primavera Sound postpones its 20th anniversary to 2021
Lindsay Lohan is back in music after 12 years, and it sounds like that