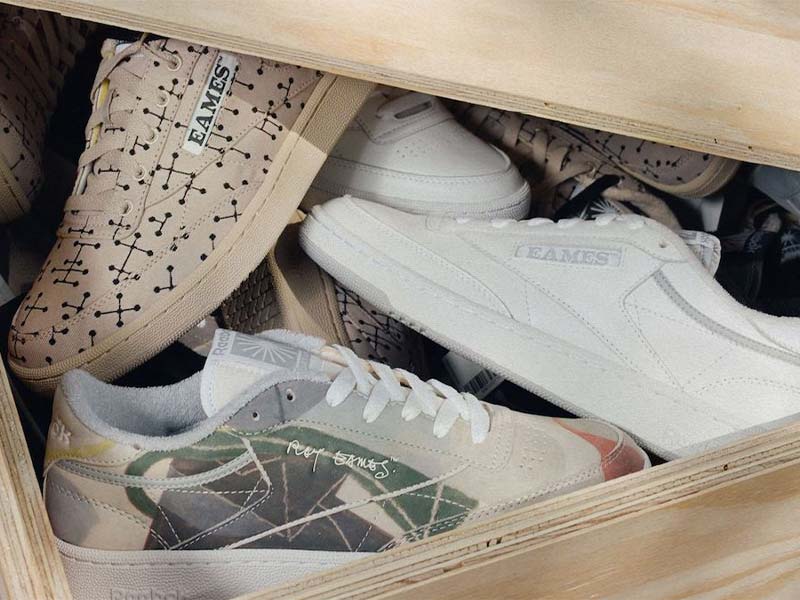 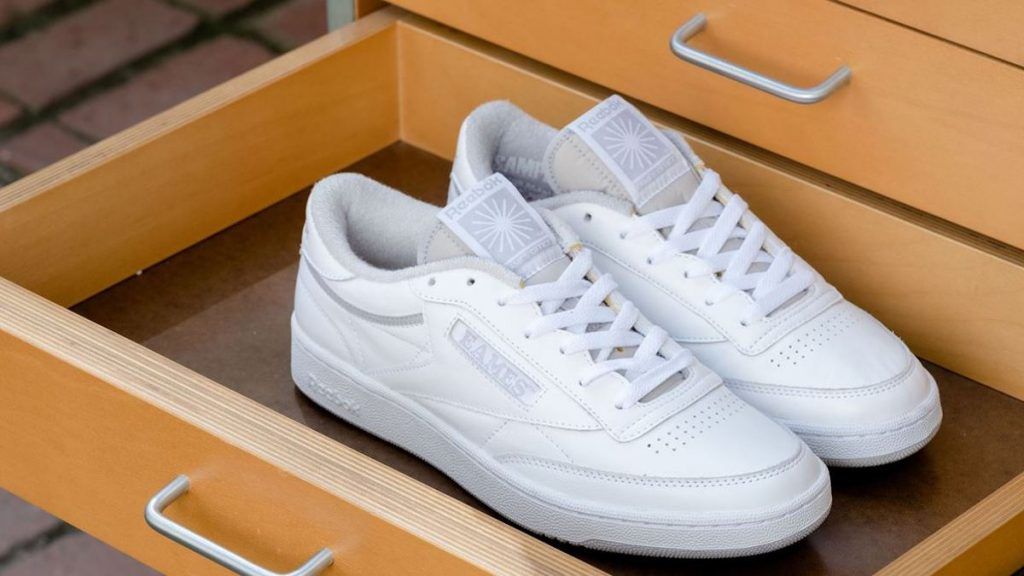 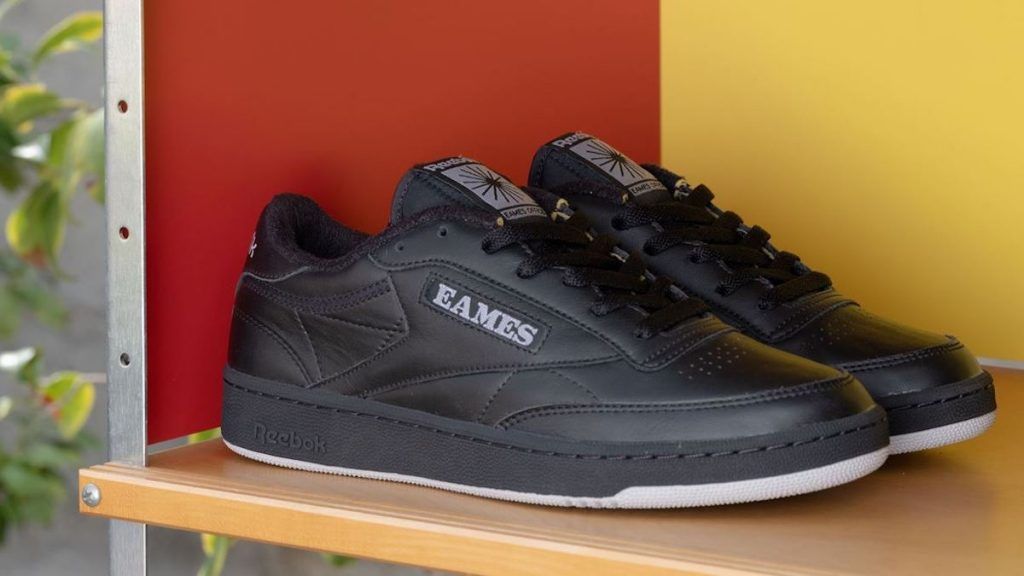 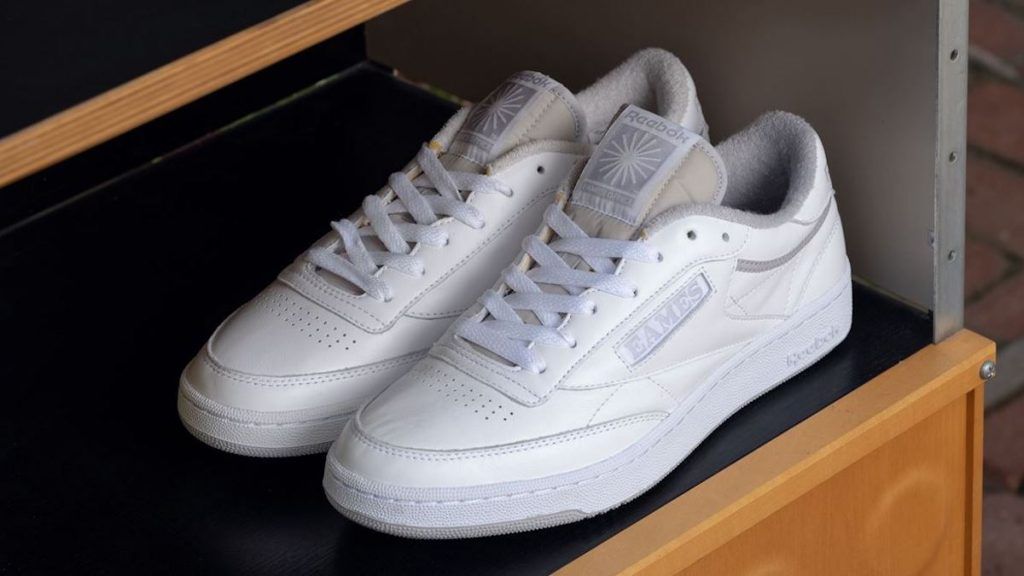 The collection is the first-ever footwear range officially developed in partnership with and authorized by the Eames Office -the firm that began with Charles and Ray‘s marriage and move to California in 1941 and continues today, run by the third generation of the Eames family.

Known for their ground-breaking furniture creations for Herman Minller and Vitra, the husband-and-wife team redefined post-war American design and shaped the 20th century with their playful yet purposeful sensibility. Eames design repesents a belief that the objects in our everyday life should enrich our existence and transcend utilitarian function to connect with people on a personal level. The Eames adage, “Take your pleasure seriously”, reminds us that form and function are inseparable paths to joyous ways of living, making sneakers an ideal medium to celebrate the life and work of Charles and Ray Eames.

Embraced from generation to generation, the longevity of Eames design is proof of its genius. Similarly, Reebok crafts timeless footwear that always feel right. Like the evergreen Eames Chairs, heritage silhouettes like the Club C feel as fresh and relevant as ever today. Subtle lo-fi looks and functional versatility make the Club C a shoe that adapts effortlessly to the wearer’s lifestyle.

This unpretentious deference to the needs of the individual is the foundation of Eameses‘ design practice. As Charles Eames put it, the job of “the designer is basically that of a good host -anticipating the needs of the guest”. Reebok and Eames are both committed to satisfying the needs of the user. Together, the brands reengineered the iconic Club C to make it as faithful to the original 1985 release as possible while also innovating on materials and process. 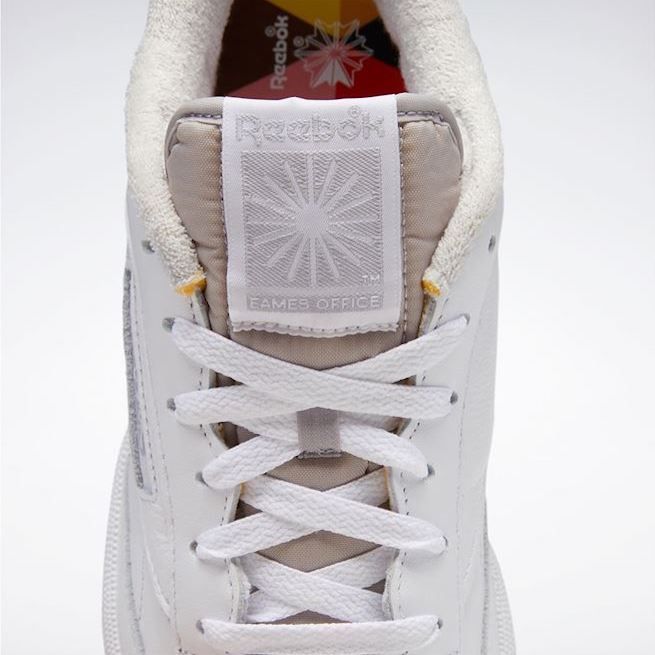 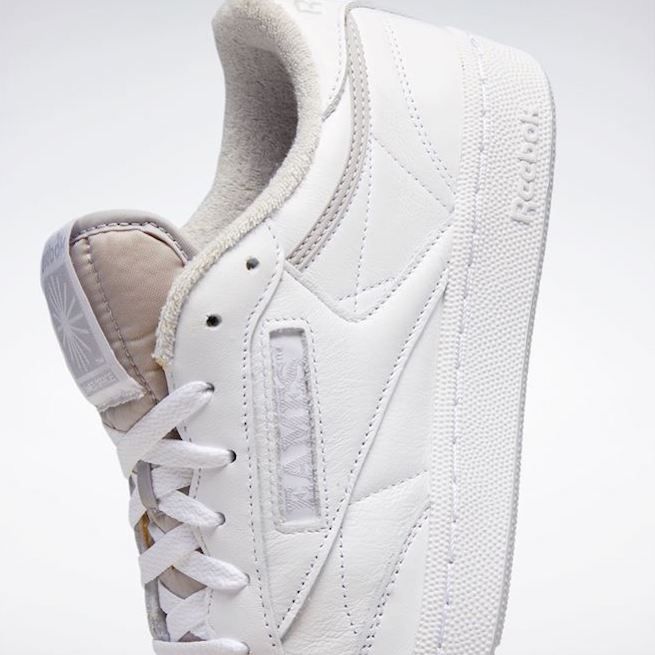 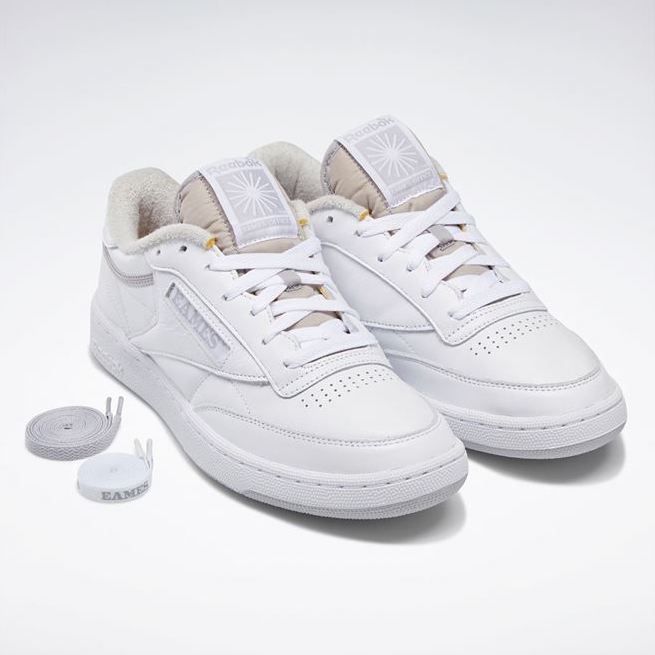 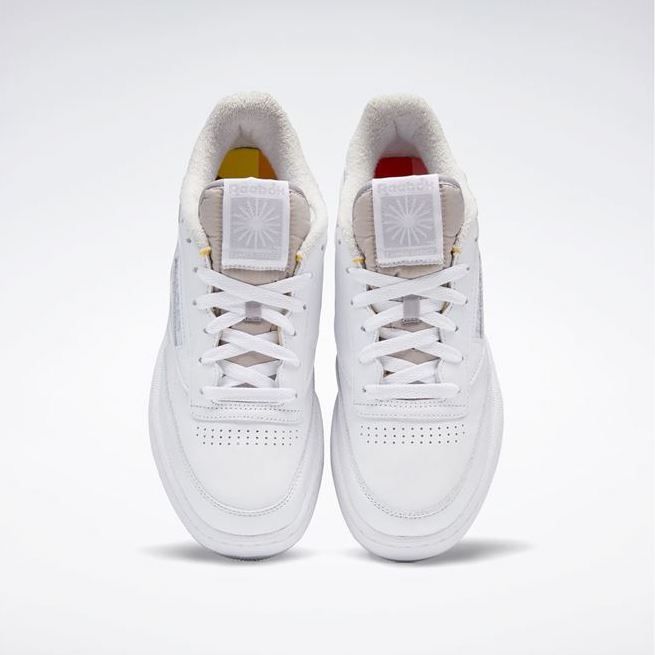 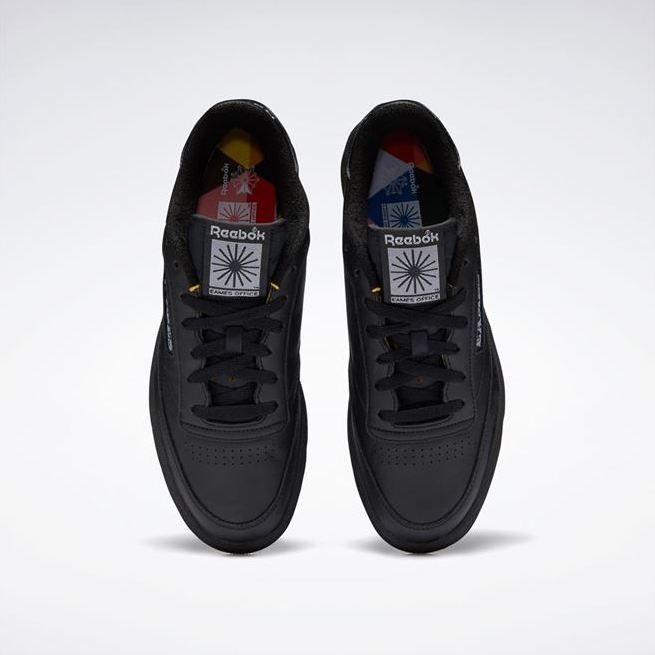 Made for everyday wear, the Reebok x Eames Black & White Club C is pure and essential. In line with the Charles and Ray‘s commitment to accessible design that responds to the needs of the user, these shoes pair perfectly with any wardrobe. The pack features heritage accents like original size tongue tags, squared-off window boxes, die-cut tooling, classic logos, and a restored internal arch bandage for enhanced fit and comfort.

The arch bears a custom Reebok x Eames print to integrate the partnership at a functional level. Grey soles and woven EAMES tags are subtle accents that speak to the industrial imperatives underlying the output of the Eames Office, while the insole bursts with a colourful triangle print as a tribute to Charles and Ray‘s gifted eyes and the Eameses‘ sublime mastery of detail. 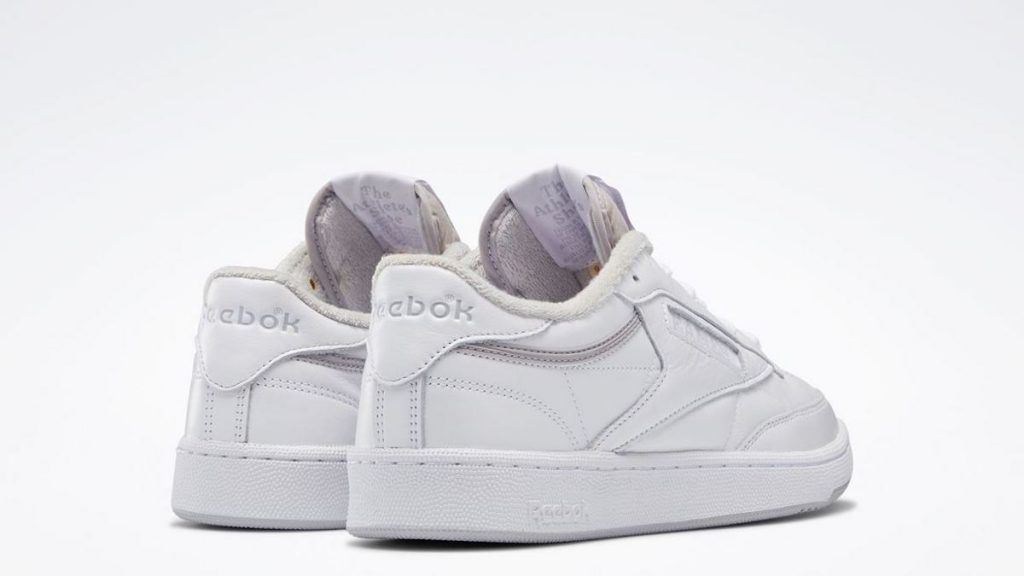 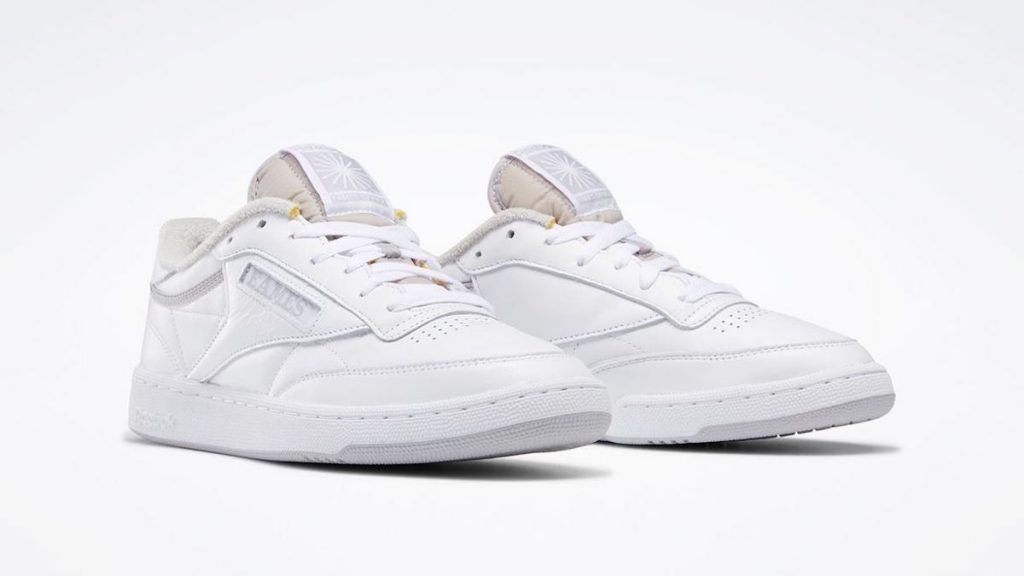 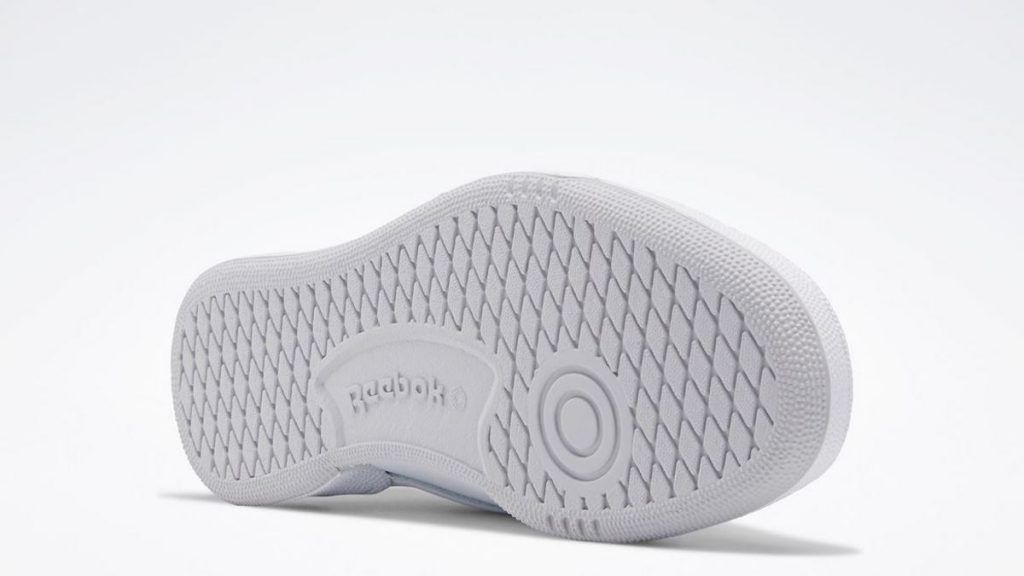 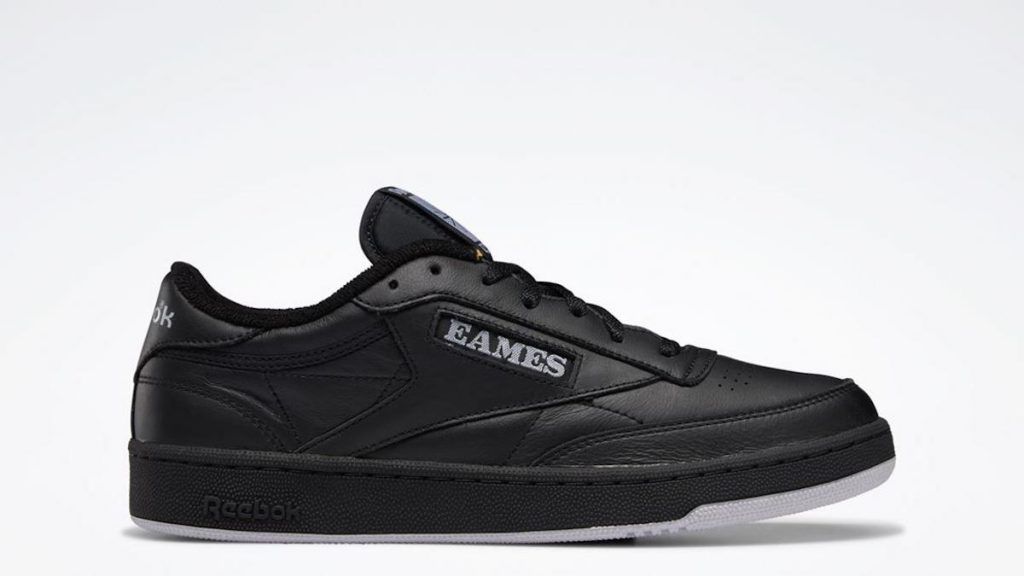 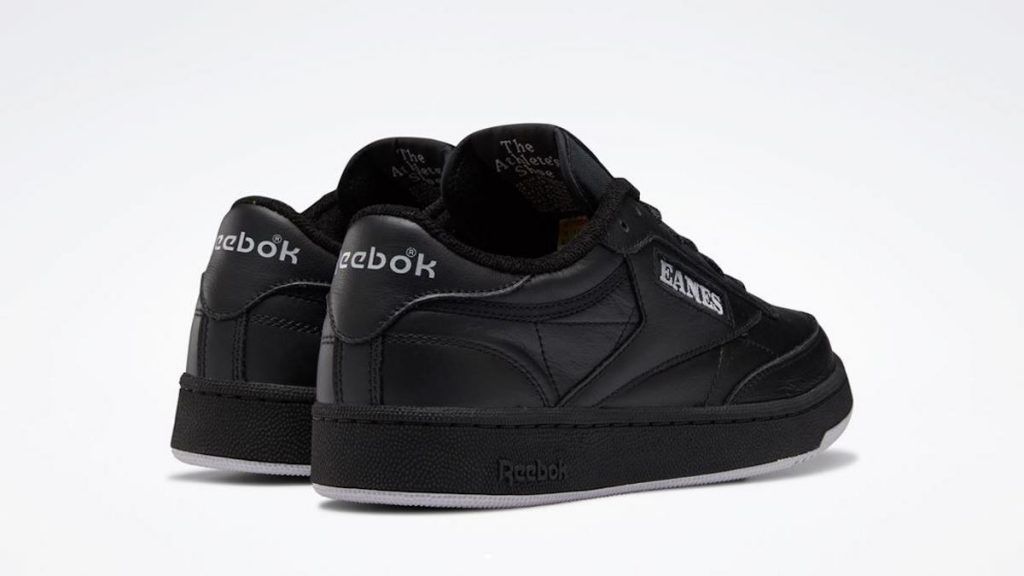 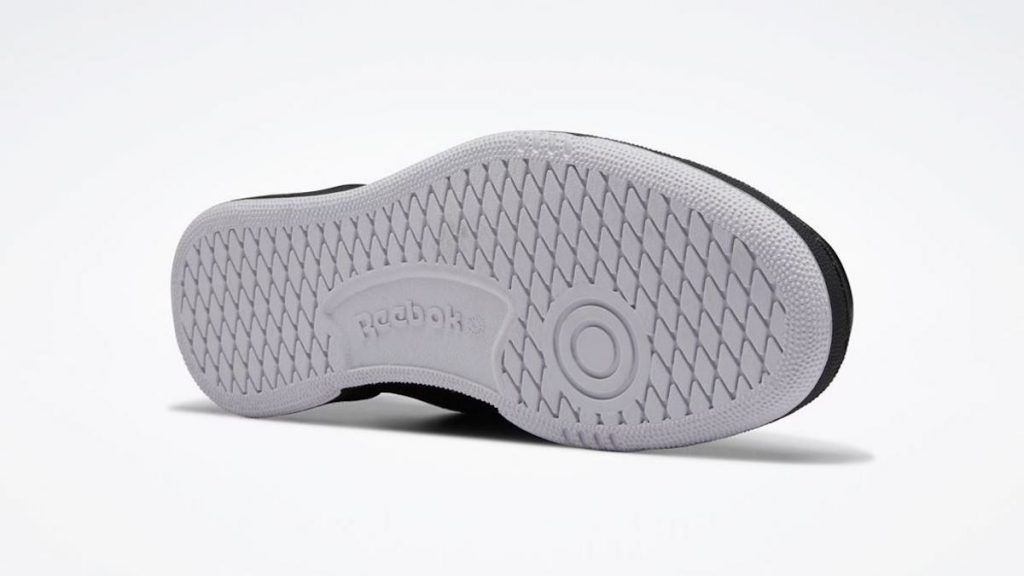 Reebok and Eames will also showcase Ray Eames‘ immense talents as a visual artist with a second drop -the Ray Eames Signature Pack, available later this season. The pack will feature a reproduction of her Composition painting of 1939 and the Eames Dot Pattern textile print of 1947, with more information to come.

Packaging for the Reebok x Eames Club C Collection is modelled after the Eames House -Case Study House No. 8- in the Pacific Palisades neighbourhood of Los Angeles. An example of egalitarian post war suburban architecture, the house embraces industrial innovation while retaining the warmth and human scale of a loving family home. Charles and Ray liven together in the Eames House until their passing. Today, it is a tribute to the couple’s design ethos and a exemplar of sustainable building. 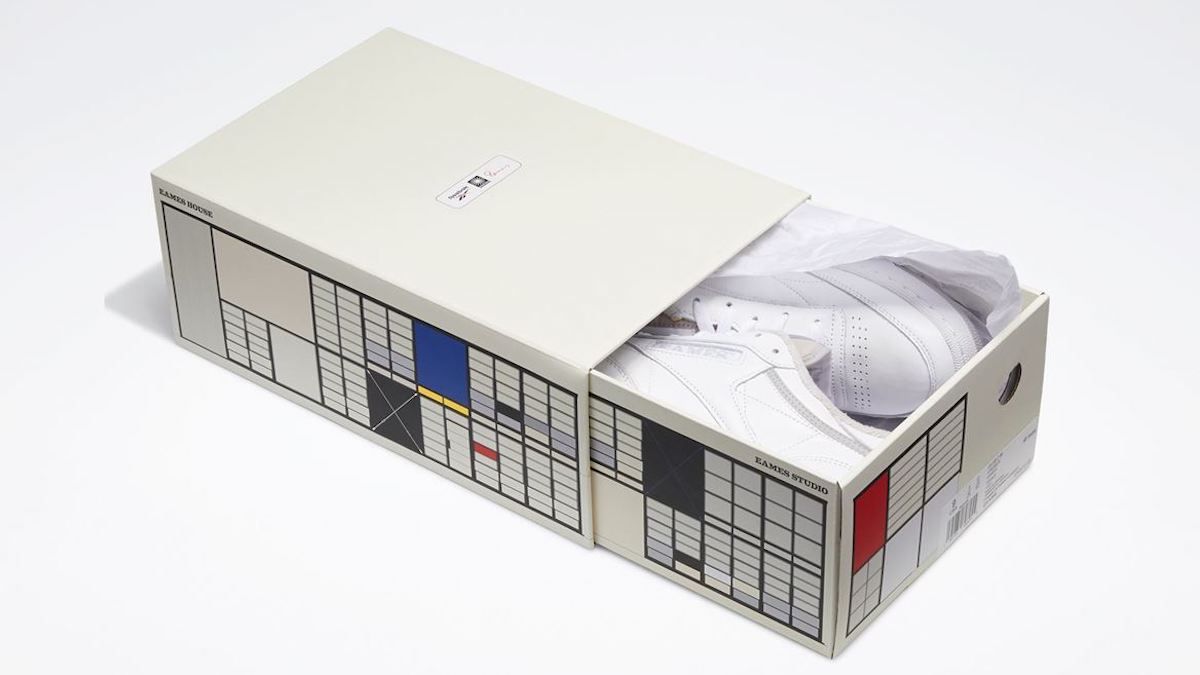 The Reebok x Eames Club C collection highlights the rebellious spirit and optimism of the Reebok Club C while complementing the Eameses‘ vision of accesible design. To Charles and Ray, design wasn’t about retreating to impossible ideals; it was about celebrating a pragmatic yet deeply optimistic journey and working through the opportunities and constraints of the world that is to discover -even define and make better- the emerging world of tomorrow. Because the future is right under our feet.