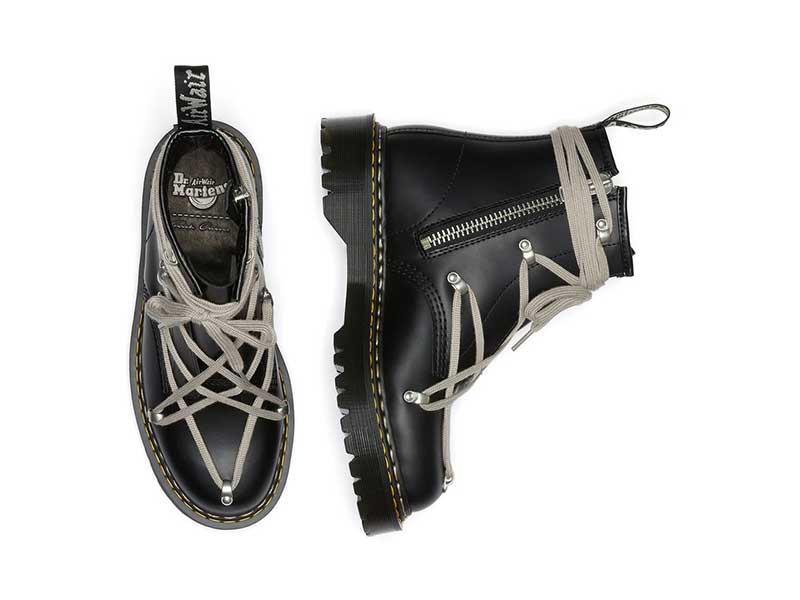 Dr. Martens adds to its long list of partners a new collaboration with Rick Owens. The collaboration consists of two drops, starting with the 1460 Bex boot. 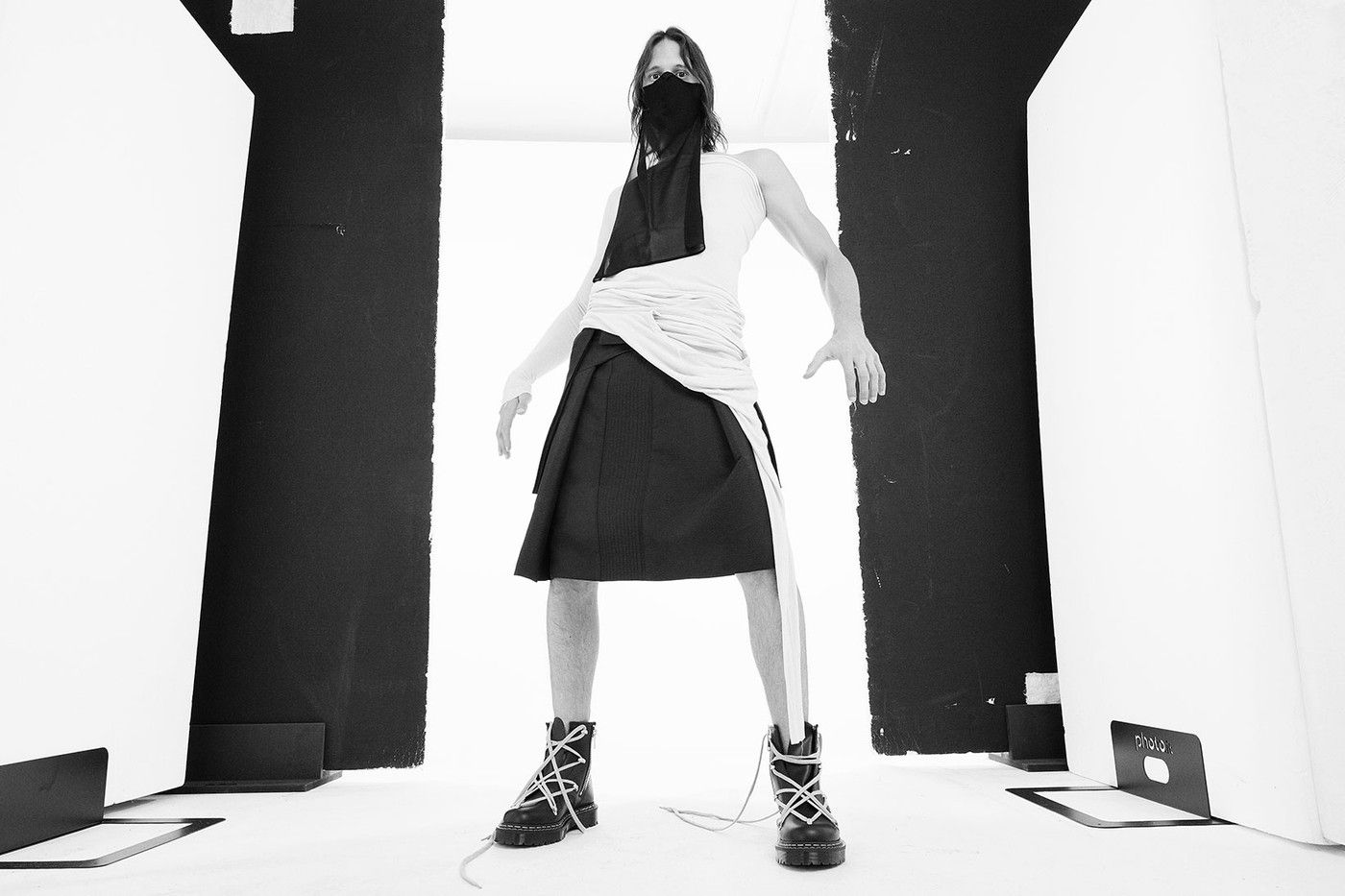 “When I was becoming physically aware, I saw how a tightly laced ankle leading to a broad, solidly planted foot had a simple, modest, industrial masculinity – almost like a corset between a muscled calf and a sturdy foot that acted as a stoic ballast,” Owens explains the inspiration behind the newly designed shoes in a press release. “Coming full circle to partner with Dr. Martens 40 years later leads me to lacing them with pearl-colored cotton laces in a geometric pattern that I use often as a symbol of our eternal collective search for rational order,” he adds.

The resulting design features the ’90s silhouette with metal eyelets that connect a long lace to create a star figure. Dr Martens’ signature yellow stitching serves as contrast for the soles, while the insole comes with co-branded branding. The shoe is completed with a zip fastening at the sides. 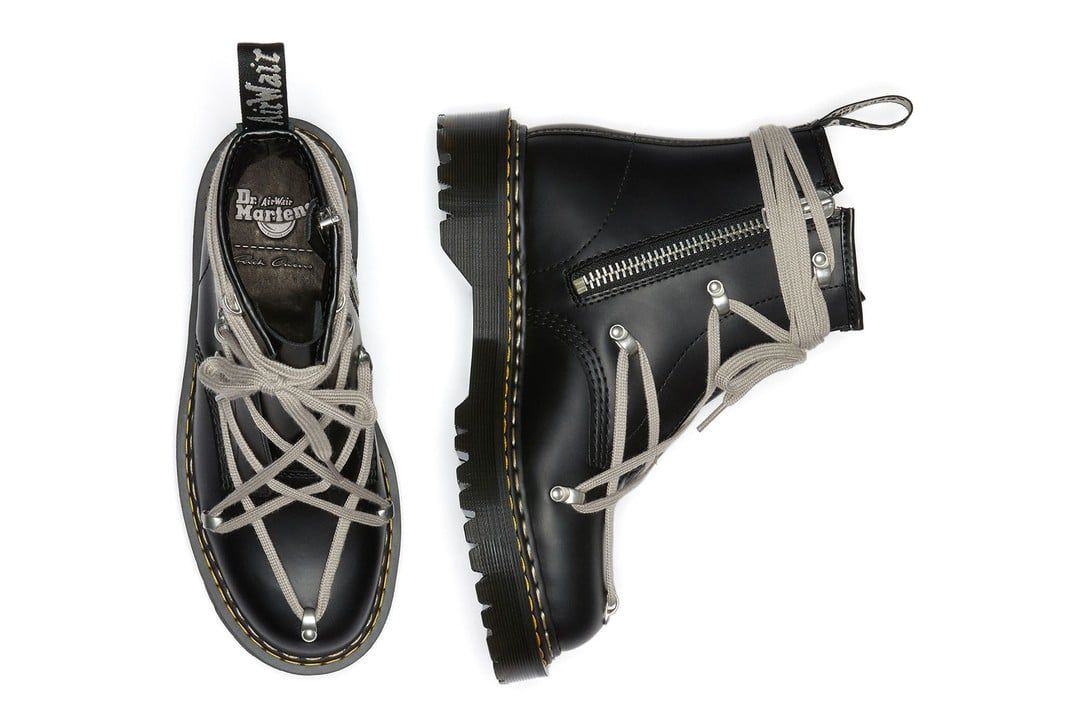 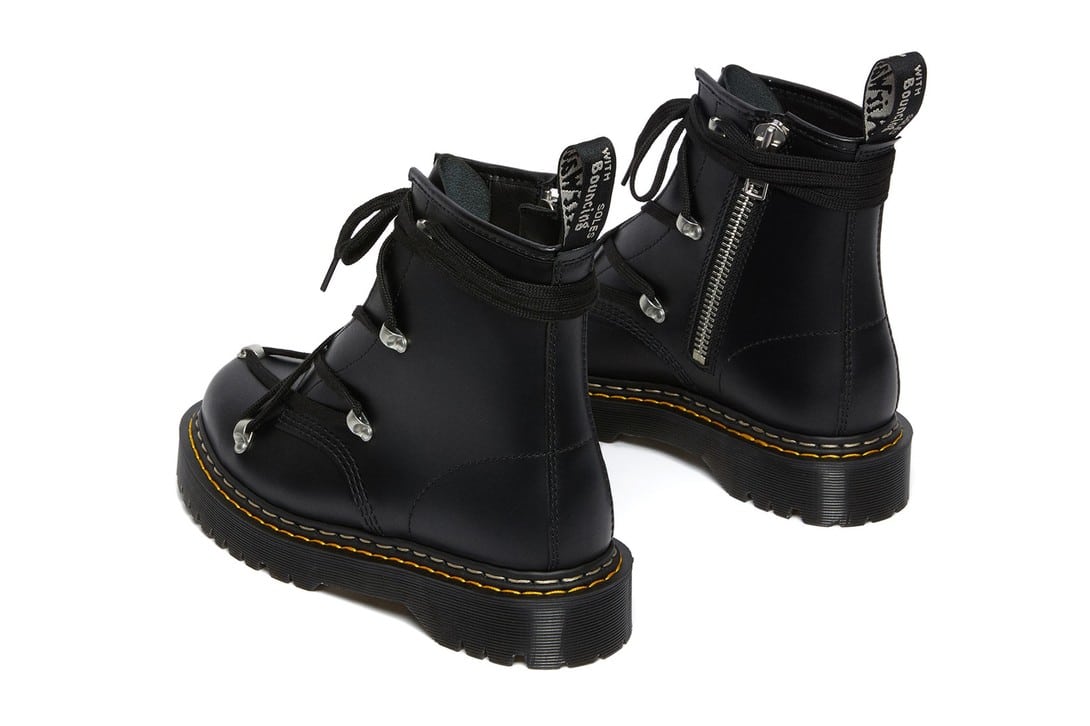 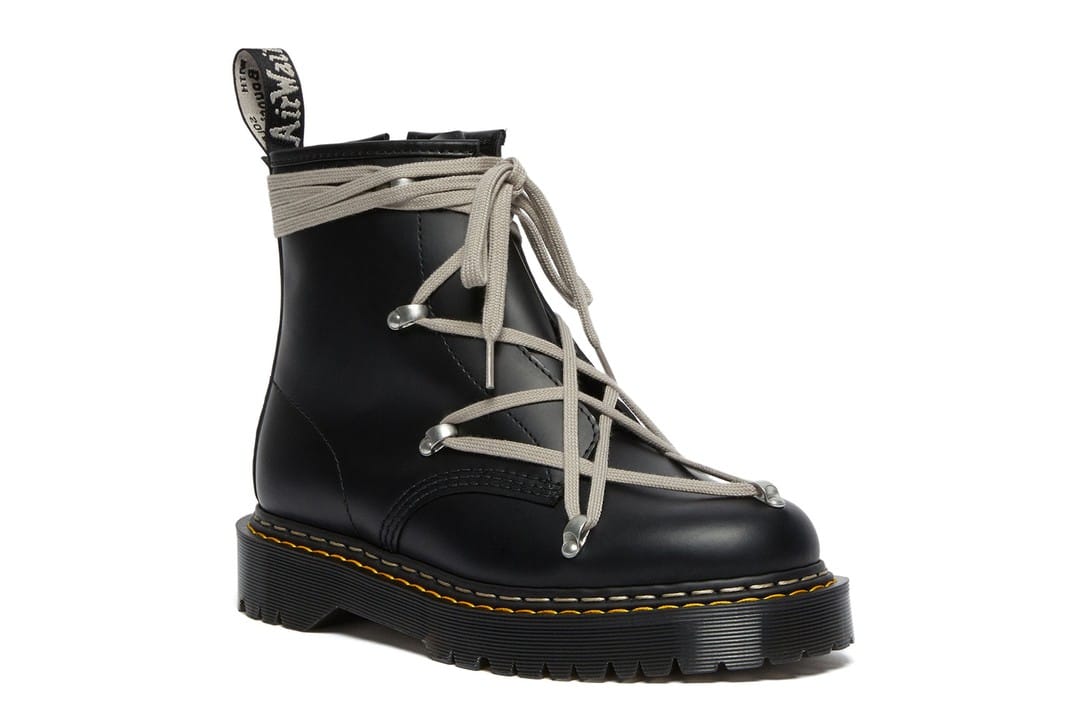 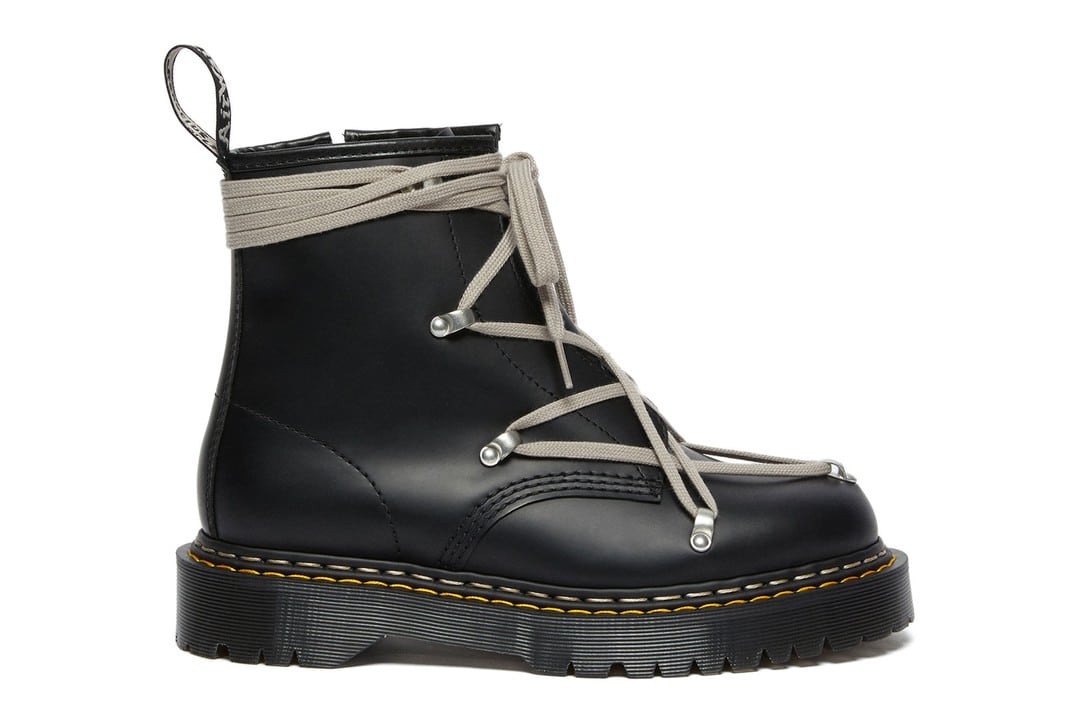 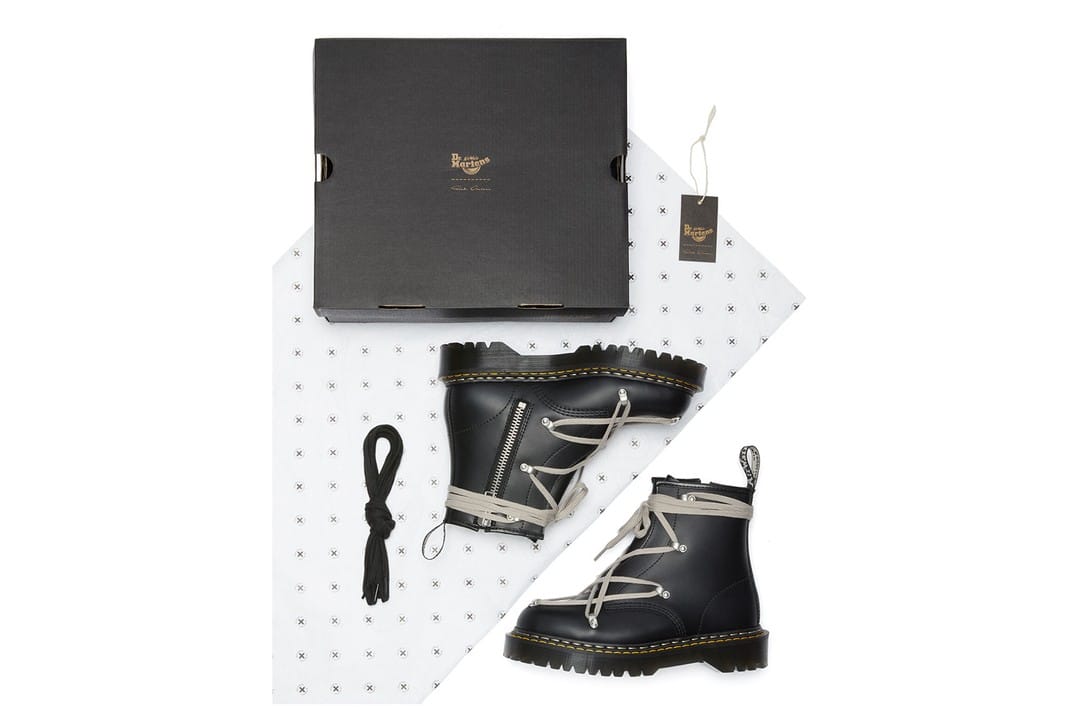 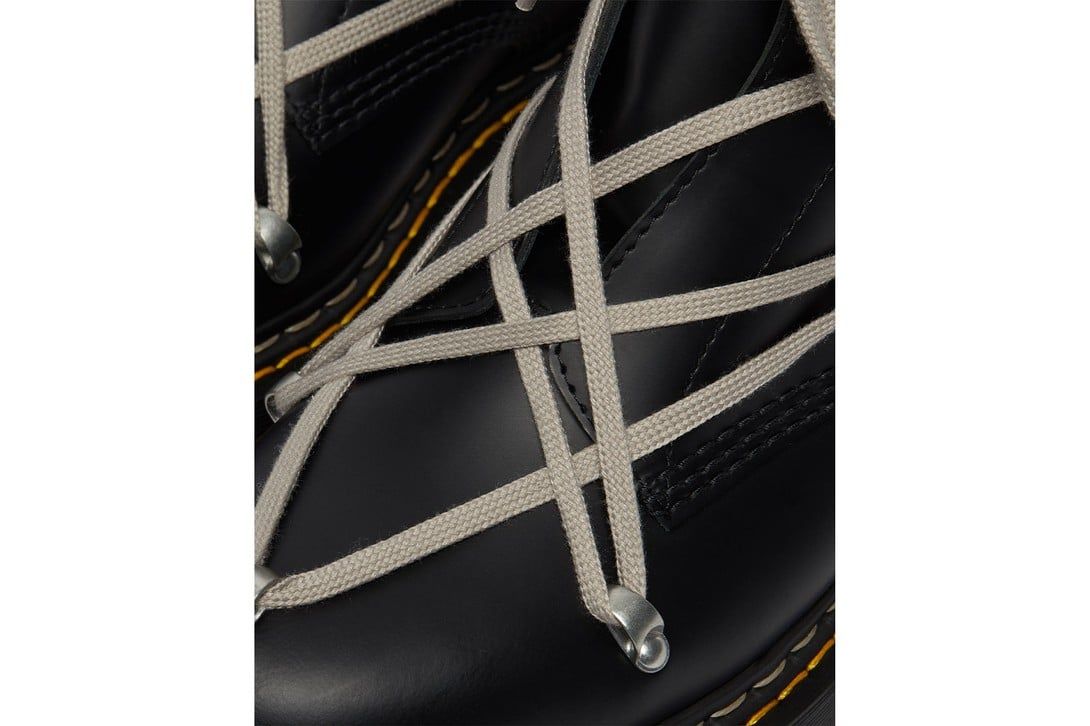 The Rick Owens x Dr. Martens boots will hit the British brand’s webstore on 20 March, with a second release scheduled for May.