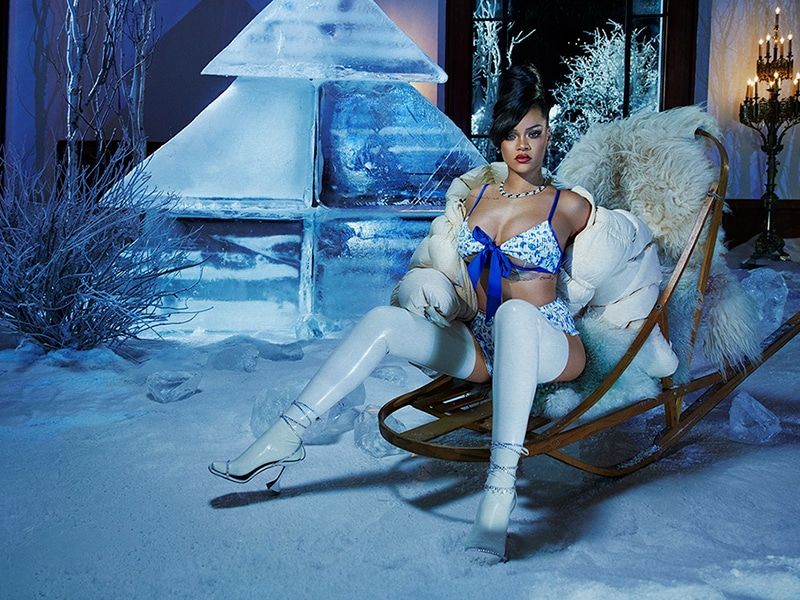 The new Savage x Fenty campaign may be colder than the North Pole, but the temperature that has reached our homes is bursting at the seams. Rihanna has managed to make that everything we want this Christmas is one of her lingerie sets. 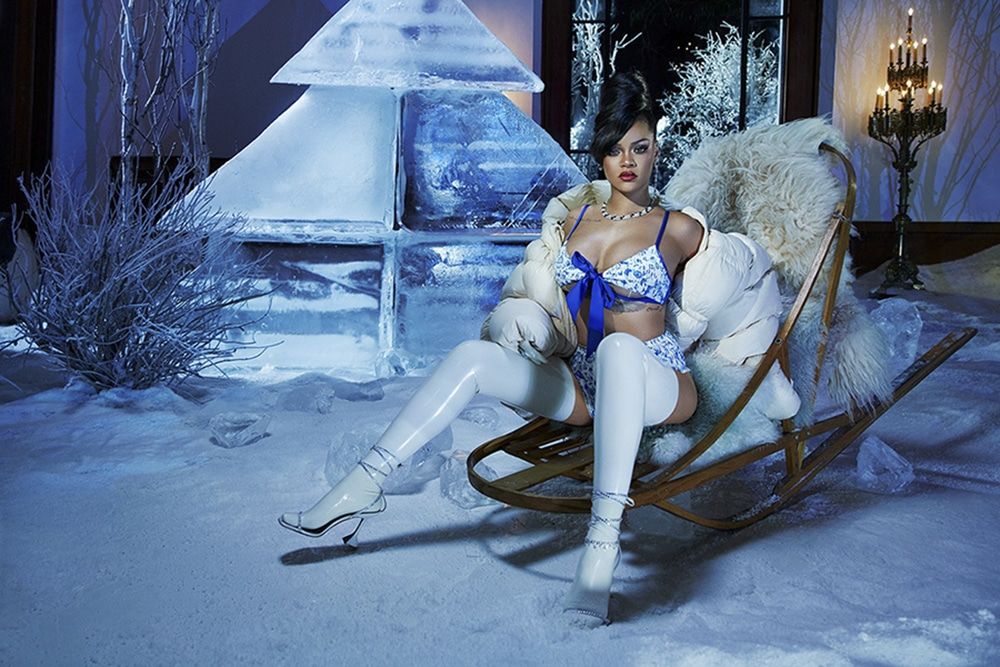 Filmed by Dennis Leupold and under the styling of Jahleel Weaver, the campaign shows Rihanna lying on a frozen palace, with her own Christmas tree made of ice and an antique wooden sled. Riri gets into the Christmas spirit by modeling a two-piece inspired by blue porcelain. The ensemble, consisting of the ‘Plush Velvet Tie-Front’ bra and matching ‘Peek-A-Boo Sleep’ shorts. The lingerie is complemented by a pair of latex socks and gloves, VITA sandals by Amina Muaddi and an extra large cream-colored quilted jacket from designer Dingyung Zhang-designer of YEEZY-. 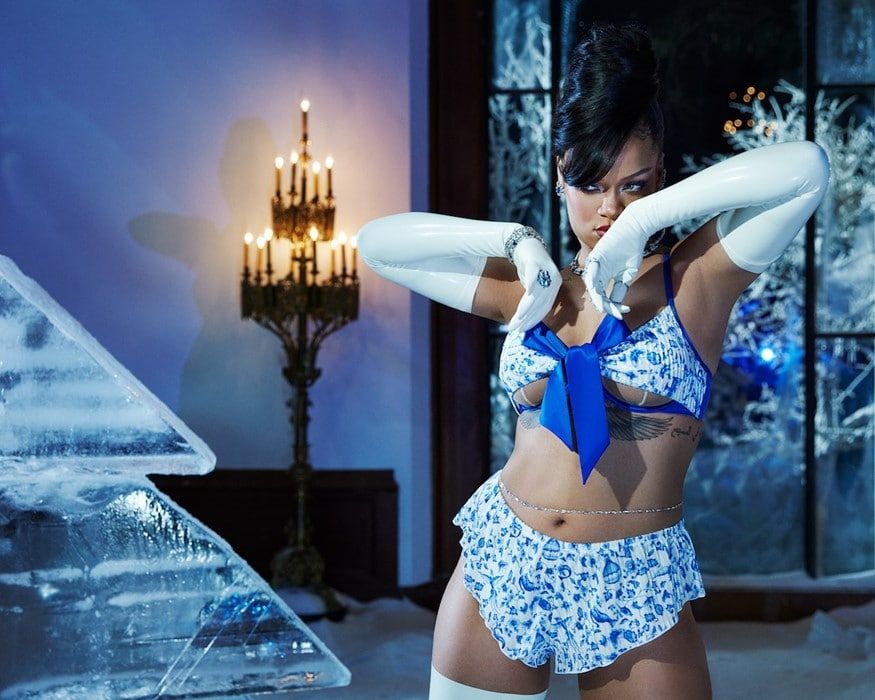 This last line of Savage x Fenty comes out talmost three months after the Barbados line presented the second SXF show, which was broadcast on Amazon Prime Video. Just these days rumors have grown that Rihanna and A$AP Rocky are officially together. The couple has already met professionally on more than one occasion. In fact, Rihanna recently signed the rapper for one of Fenty Skin’s new advertising campaigns. They both gave several joint promotional interviews in which they showed their complicity.