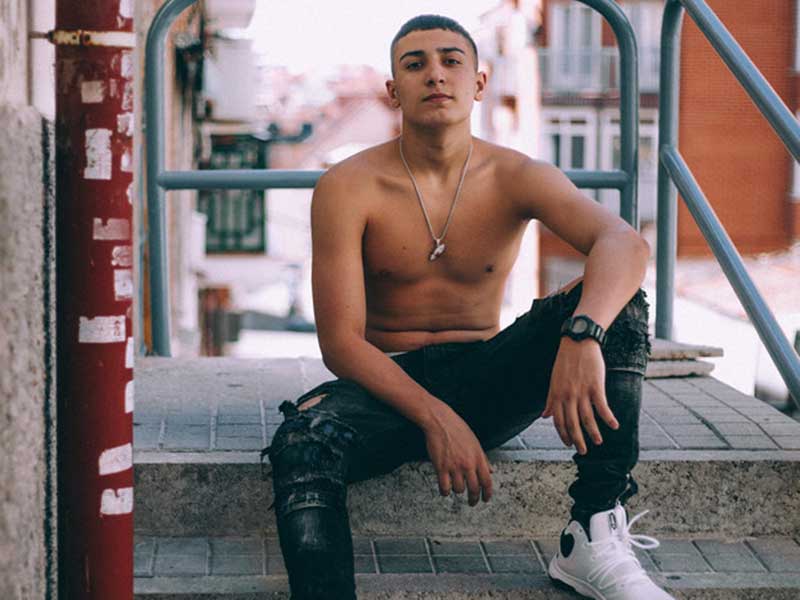 SGAE Foundation to host a series of urban music concerts

In the new stage of the SGAE Foundation could not miss the musical genre with the greatest international momentum: urban music. For this reason, from May 20 to 22, Sala Berlanga will be the stage where four promising young Spanish rap artists will perform: Great Kings, Frathos, Anton 07 and Hugo Flow. 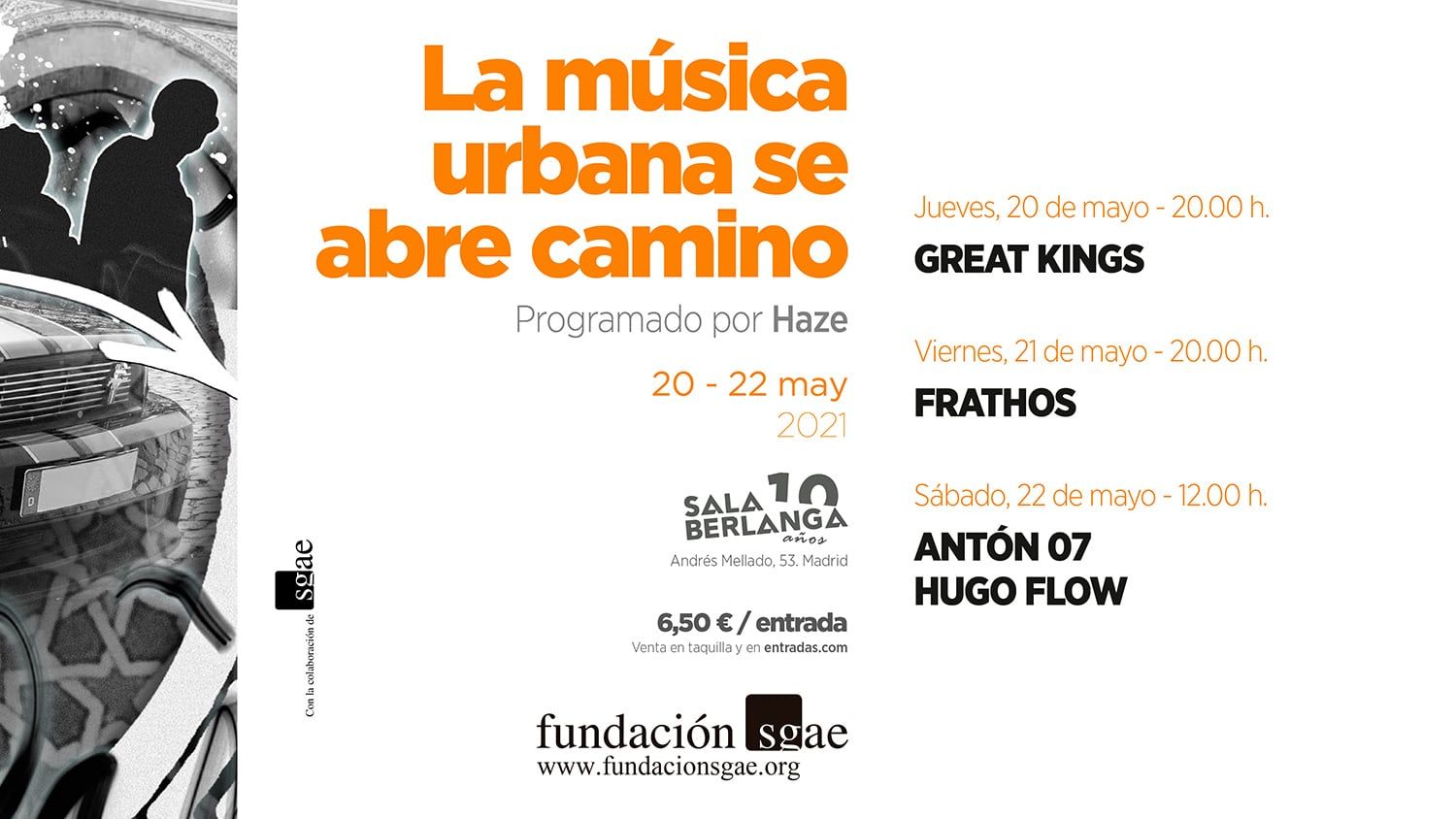 “La música urbana se abre camino” is the name of the new series of urban music concerts that the SGAE Foundation has decided to bet on in its new stage. Programmed by Haze, one of the latest additions to the entity’s board of directors, it will take place at the Sala Berlanga from May 20 to 22. The protagonists? Four selected young talents, each of them with their own artistic particularities. We tell you a little more about them so you can get to know them and if you want to enjoy their music live, you can buy tickets at the box office and here.

Francisco Manuel Alcaide Ocaña, better known as Frathos, is a young artist from Cordoba, based in Switzerland, who has been writing and composing his own songs since 2013. Raised in the working class neighborhood of Fuensanta, Frathos fuses rap with his flamenco roots, reflecting in his lyrics his humble origins with themes and experiences of everyday life in the neighborhoods. With several demos behind him and more than 25 video clips, which he scripts and directs, he has more than 2.5 million views on his YouTube channel. Now he is embarking on his most ambitious project to date, the release of his first album entitled Denominación de Origen. Thus to rap and flamenco are added all his musical influences (rock, copla, classical music, processional march, etc.) that follow each other and merge in an album that leaves no one indifferent.

Enrique Fernández, better known as Great Kings, is a 17 year old artist from Madrid, currently considered one of the most promising artists of the Spanish urban scene. He started in the world of music when he was only 12 years old and was consecrating his success little by little, achieving at the age of 14 to be singing in clubs like Shoko. Despite his age, he has already collaborated with big names such as Juancho Marqués, Haze, Ikky or Kinky Bwoy. Now he is in his new stage, exploring different sounds further away from the classic boom bap to which we were accustomed.

Originally from Almanjayer (Granada), he started in music when he was only twelve years old. His style is very varied, with great influences of reggaeton trap, Dellafuente, Omar Montes and Bad Bunny.

Antonio José Gandullo Campos, known artistically as Anton07, is 13 years old and is from a town in Seville (El Cuervo). He has been singing since he was 10 years old and recording professionally since he was 12. His musical genre is rap accompanied by flamenco collaborations.