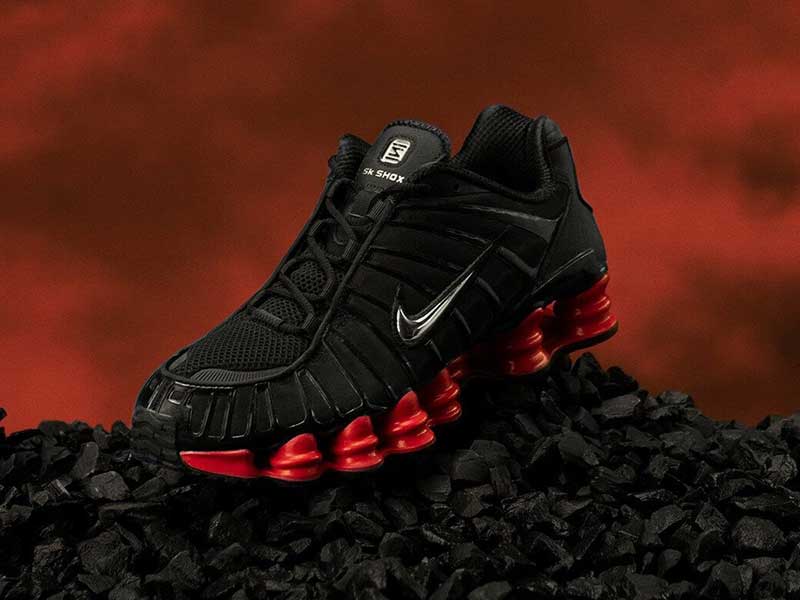 After the massive success of his previous Nike collab, this time the British MC goes hard in one of the most exaggerated silhouettes from the Oregon’s giant. Nike Shox represent club culture and early 00s smugglers. Not made for running. 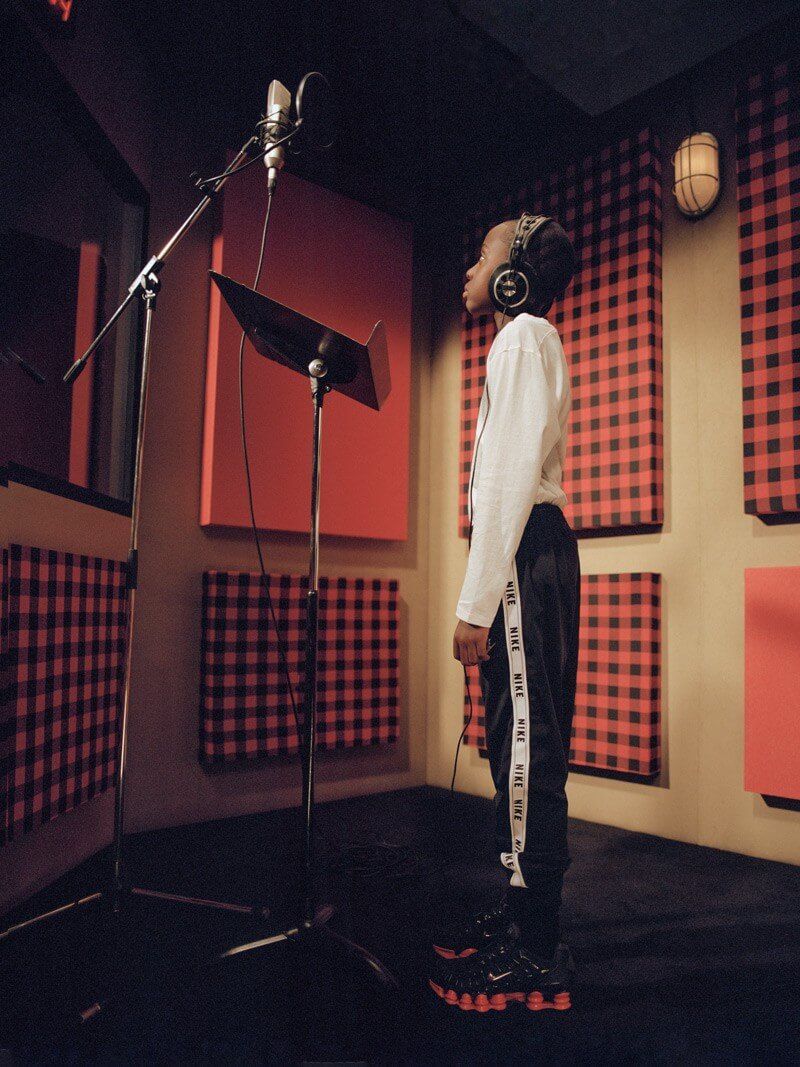 The aggressive design Skepta (@skeptagram) is reworking in this occasion goes hand in hand with his rapping style. First seen in his “Bullet from a gun” video, the black body over red springs-filled sole is one of the most iconic creations of the Beaverton guys.

Already released FCFS, no raffle needed for once,  the artists interpretation brings a futuristic look that reminds us to the Air Max Plus. Mesh upper and the famous Shox cushioning defines what appears to be one of the next heavy comebacks in the show game. Comme des Garçons made it first. 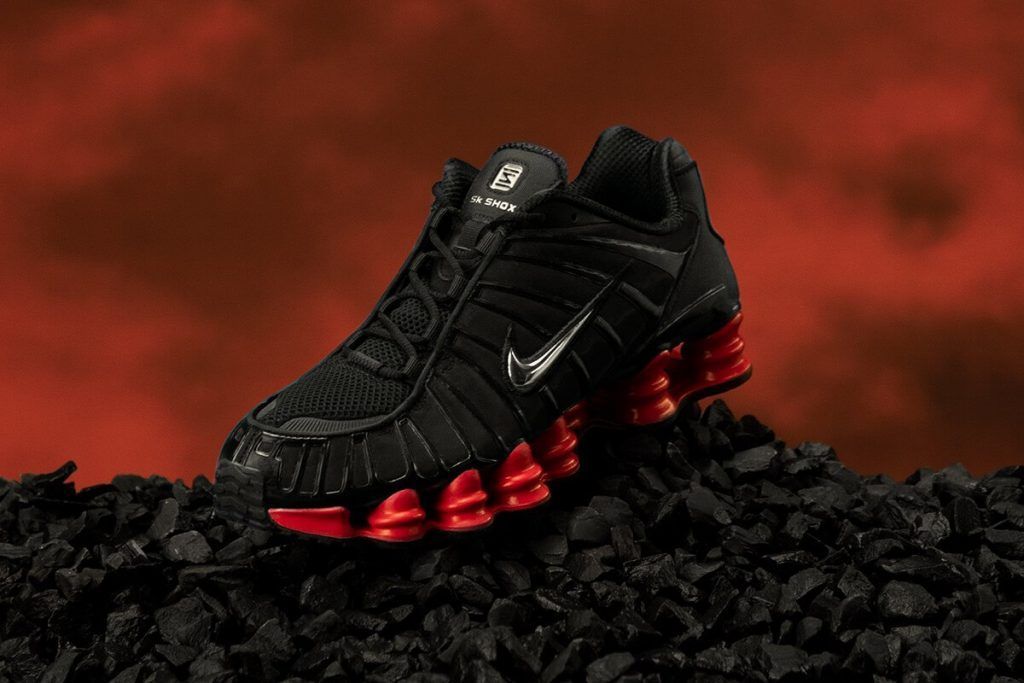 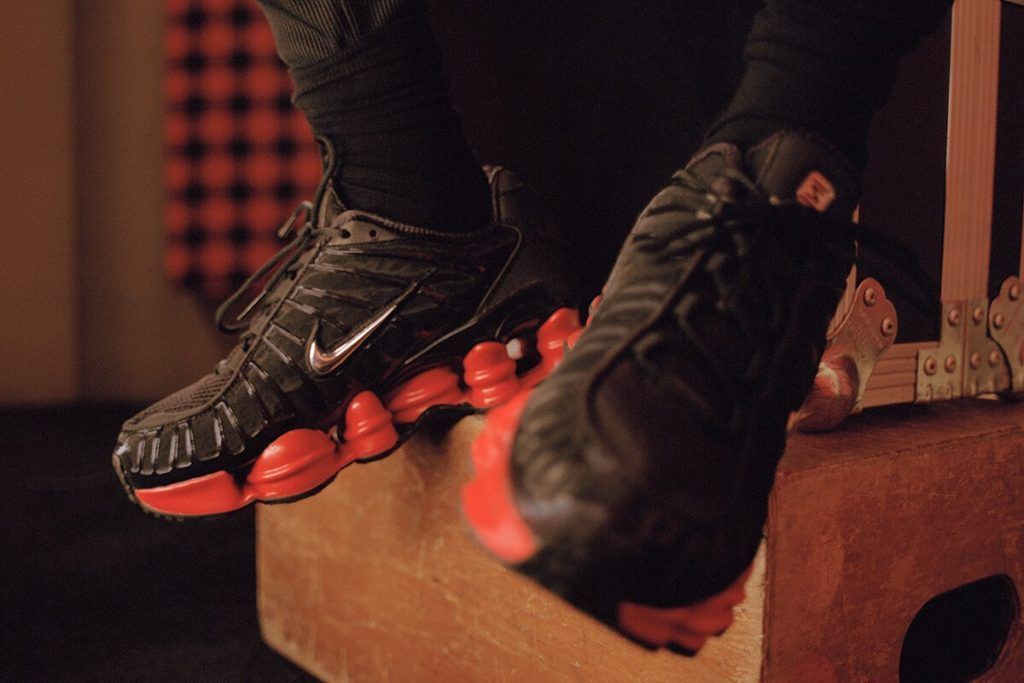 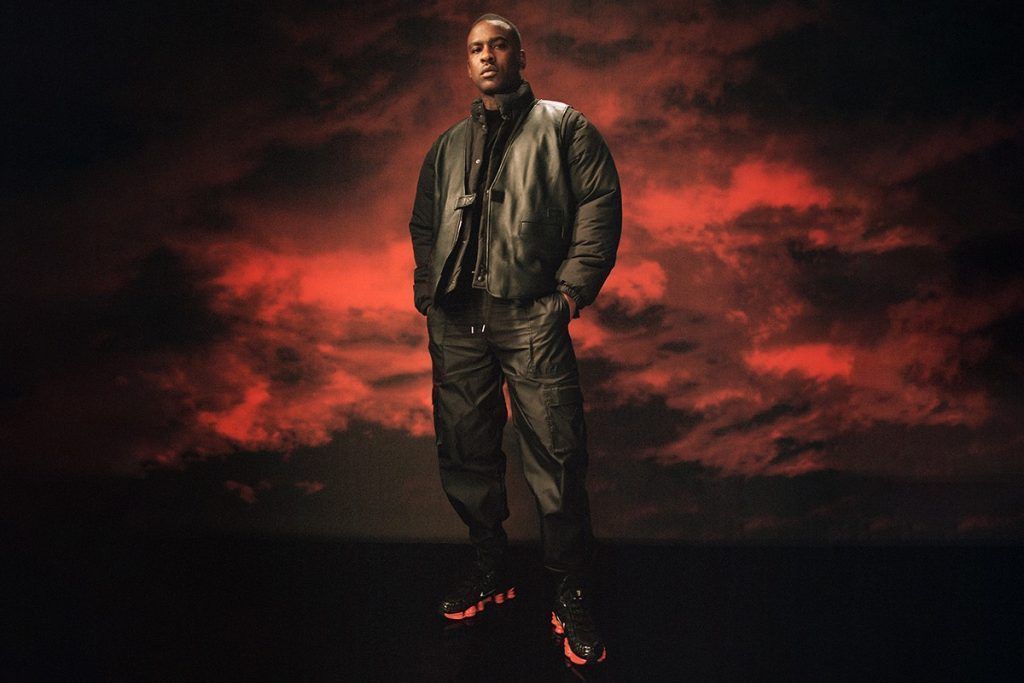 Are you willing to see a Nike Shox revival?

Woman gets a job interview with Nike thanks to this original idea
adidas and Yu-Gi-Oh! collaborate on the ADI2000 sneaker
First images of the adidas YEEZY 450 ‘Stone Teal’
Salomon explores freedom quests through the new Gr10k Quest Low silhouette
SSSTUFFF is reworking iconic Diadora trainers
Introducing adidas by Joy Division and Peter Saville
Supreme and Nike ACG meet again this autumn
Yes, there will be a restock of the Nike Shox MR4 by Martine Rose
adidas reimagines three of its most classic silhouettes with Hello Kitty
Luxury and sport come together in exclusive PUMA x MCM sneakers
Matthew M. Williams x Nike Zoom MMW 005 Slide
Skepta puts his first painting up for auction at Sotheby’s