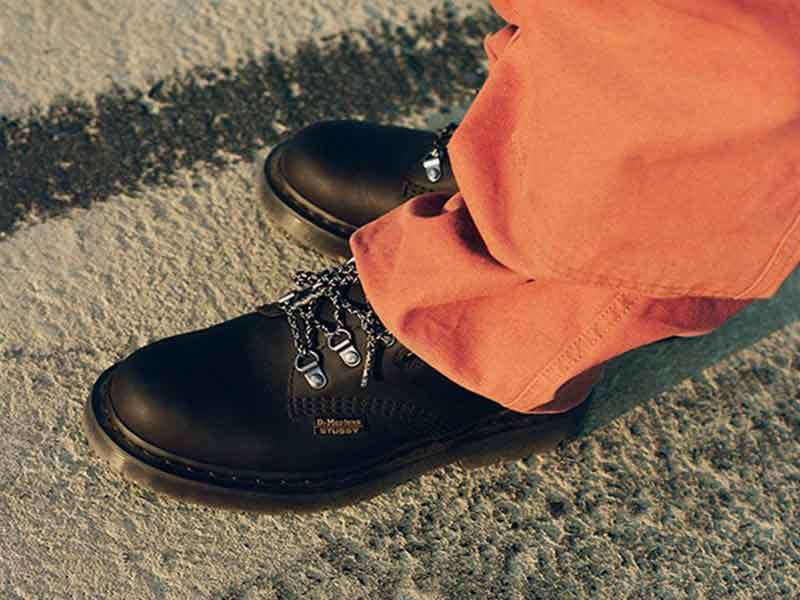 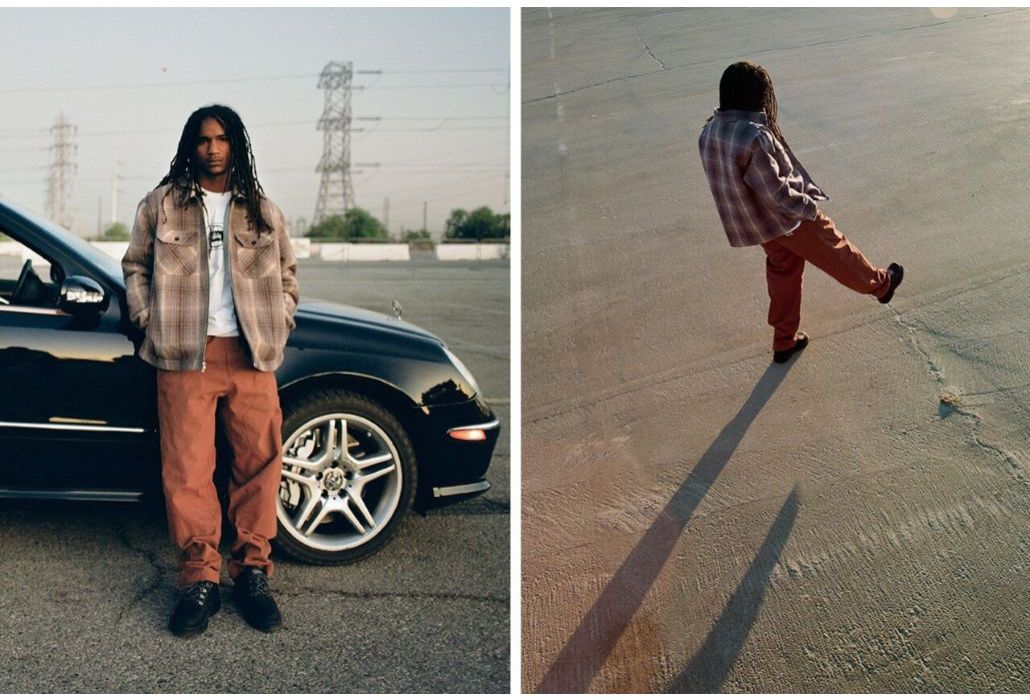 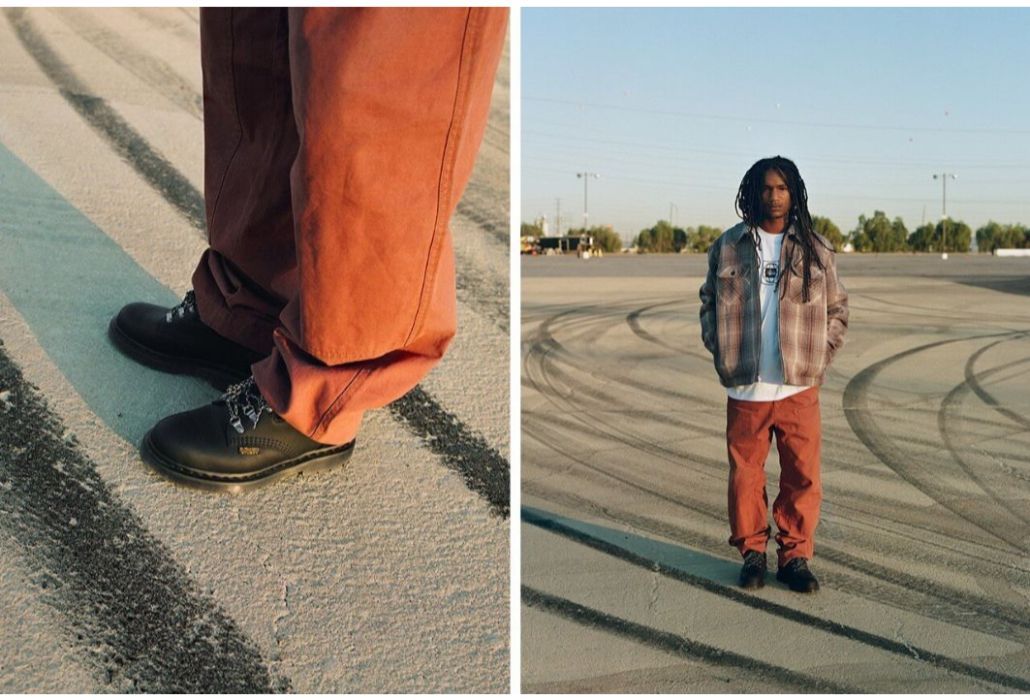 Still recovering from what went down in Miami a few days ago after Kim Jones and Stüssy revealed their union, tomorrow drops the last collab from the Californian with Dr Martens.

Reinterpreting the renowned 8053 shoes from the British company, Stüssy presents their 8053 HY. This model is built in Snowplow leather, a material that repels sand, salt and water. The mountain aesthetic is embodied in the eyelets and the Wintergrip midsole made from PVC rubber, which gaps allow a better stability and grip.

Stay tuned for tomorrow’s release, cause these two are coming hard after the success of their last years’ Penton Loafers.