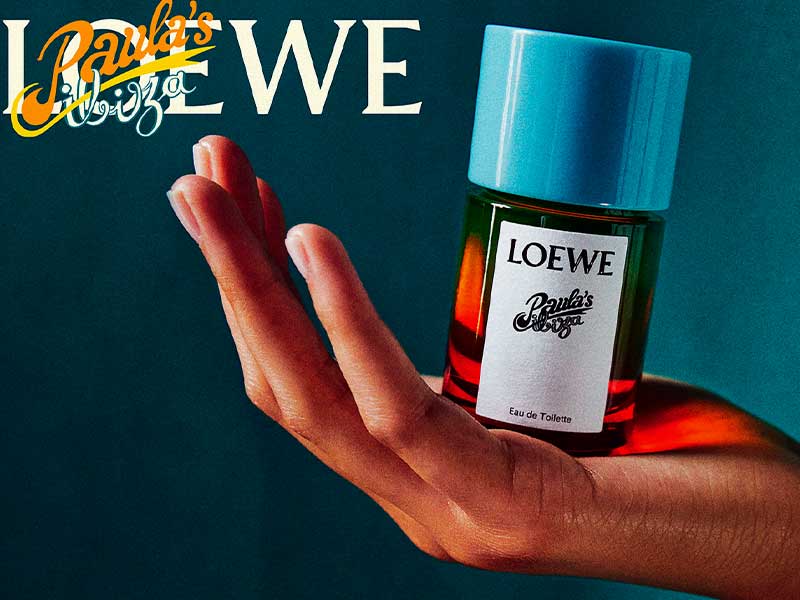 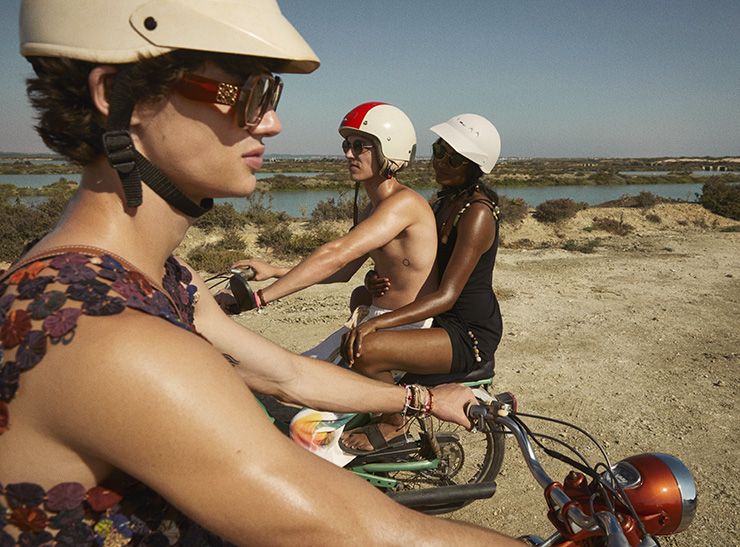 Under the creative direction of Jonathan Anderson and videography by Manson, the film is an ode to freedom, youth and beauty. A dreamlike picture that revolves around three young friends embarking on a summer adventure. In it, they escape from everyday life in search of a seaside sanctuary.

The group of friends stars three of the most promising faces and talents of the moment: Simone Ashley, Aron Piper and Fernando Lindez.

Aron Piper, the multi-faceted Spanish-German actor who first appeared in the award-winning film ’15 Years and a Day’; and who subsequently achieved worldwide recognition with his two roles in two of Netflix‘s most critically acclaimed drama series: Elite (seasons 1, 2, 3 and 4) and El desorden que dejas. His latest project channels another of his passions: music. As we can appreciate in the EP Nieve, he plays with trap and urban rhythms.

Simone Ashley, the British actress best known for her role as Olivia in Netflix‘s worldwide hit Sex Education (seasons 1 and 2) will also be appearing on TV screens around the world later this year. The reason? Her upcoming role in the aforementioned production company’s smash hit Bridgerton.

Fernando Lindez completes the group. Discovered in 2017, Fernando is a regular international model for LOEWE runway shows and campaigns; including the Paula’s Ibiza EDT campaign launched in 2020. He has also worked as a model for other leading fashion brands at Fashion Weeks around the world; as well as for editorials for numerous prestigious magazines. As an actor, he played a role in the series Skam on the Movistar platform.

LOEWE Paula’s Ibiza EDT‘s new film ‘Summer Daze’ features the protagonists getting on their motorbikes on a hot summer’s day and riding across the country in search of a secret, dreamy beach. This remote place is full of unspoiled, natural beauty – drenched in sunshine and full of colour – where they can be free, spontaneous and uninhibited. The viewer wants to share in the sensations and emotions of these three young friends; feeling irresistibly drawn into the fleeting but decisive moment of their story.

The film was shot on the Playa de la Casería in Cádiz, southern Spain. It is a rustic, timeless and secluded Atlantic bay that becomes the playground for the three friends dressed in this year’s Paula’s Ibiza capsule collection. This includes ready-to-wear and accessories.

This warm, intimate and playful story evokes the joyful, carefree and liberated attitude of Paula’s Ibiza Eau de Toilette. The fragrance is univesal and tropical, beachy and irreverent; imbued with hedonism and spontaneity. It is escapism in a bottle.