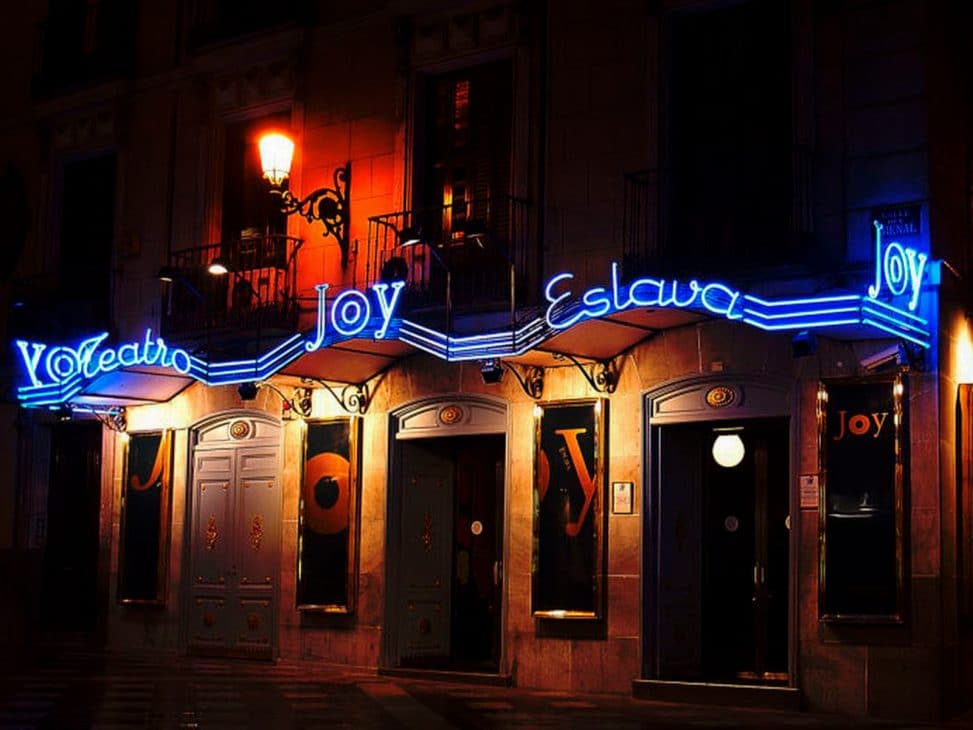 Philippe Starck, French creator and visionary, is the author of the complete remodelling of the historic Joy Eslava hall, which returns to Madrid’s cultural scene with a new skin. 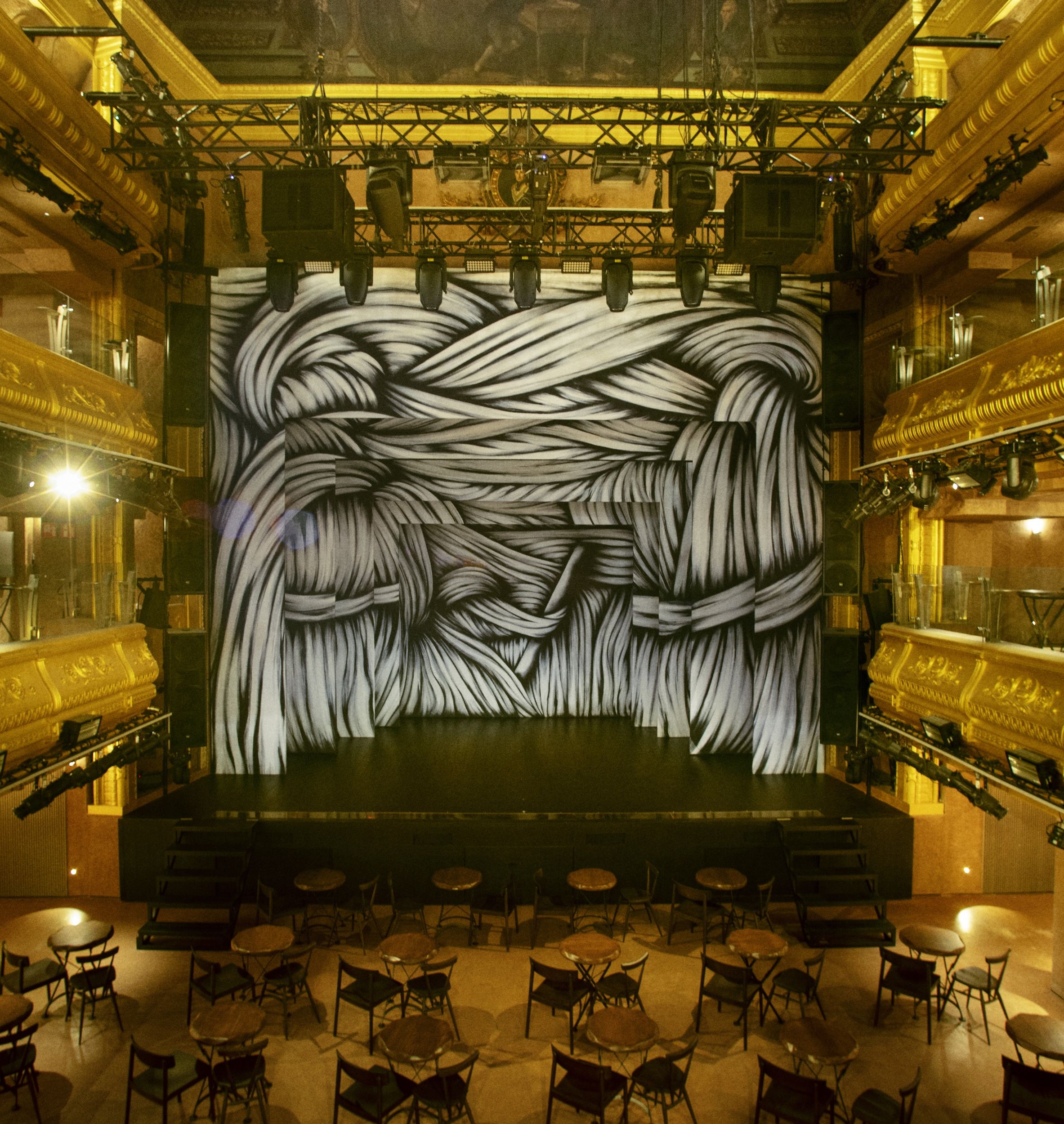 Teatro Eslava begins today a new story that will continue to add chapters to Madrid’s history. The space – now an institution of the city’s cultural legacy – has witnessed numerous milestones over the last 150 years and has become an icon of freedom and rebellion; one that saw the birth of authors such as Federico Garcia Lorca and hosted some of the most important figures of the political, artistic and social scene of the 20th century.

In its last stage -started in 1981 and headed by Pedro Traopote, businessman and key player in the capital’s nightlife scene- Eslava became home to a multitude of artists and socialites. Now, the emblematic space located at number 11 Calle del Arenal returns maintaining its essence, although with a completely new vision.

The multi-faceted and award-winning creator Philippe Starck, captivated by the power of flamenco, has dreamt up and conceived a place that embodies the rawness and passion of one of the most visceral arts in existence.

He has cleansed the existing building of the various stratifications accumulated over time in order to get to the essential, to its heart, to its core, to this central fire, to this primitive cry that is flamenco. No decoration, no adornment; just a violent and radical cave of red earth, revealed by the light of the magic flames.

“Teatro Eslava is a grotto of red earth glowing with a thousand modern candles. This voluntary deprivation holds in its centre the fire of the primitive cry that is flamenco. All of Spain, all of Andalusia, all of history concentrated in one gesture, one sound, one force”, says Starck about the project. “This magic is protected by a hypnotic scenic framework, the work of Ara Starck. Violent abstraction, a reflection of human drama. Teatro Eslava is a complete and monolithic work of art to the eternal glory of flamenco”.

“I painted the canvases of the Teatro Eslava like a swell in a violent wind. As if we were discovering, inside a cave, a storm a few seconds before its unleashing. An exaltation (barely) contained by a single nail” explains Ara Starck. 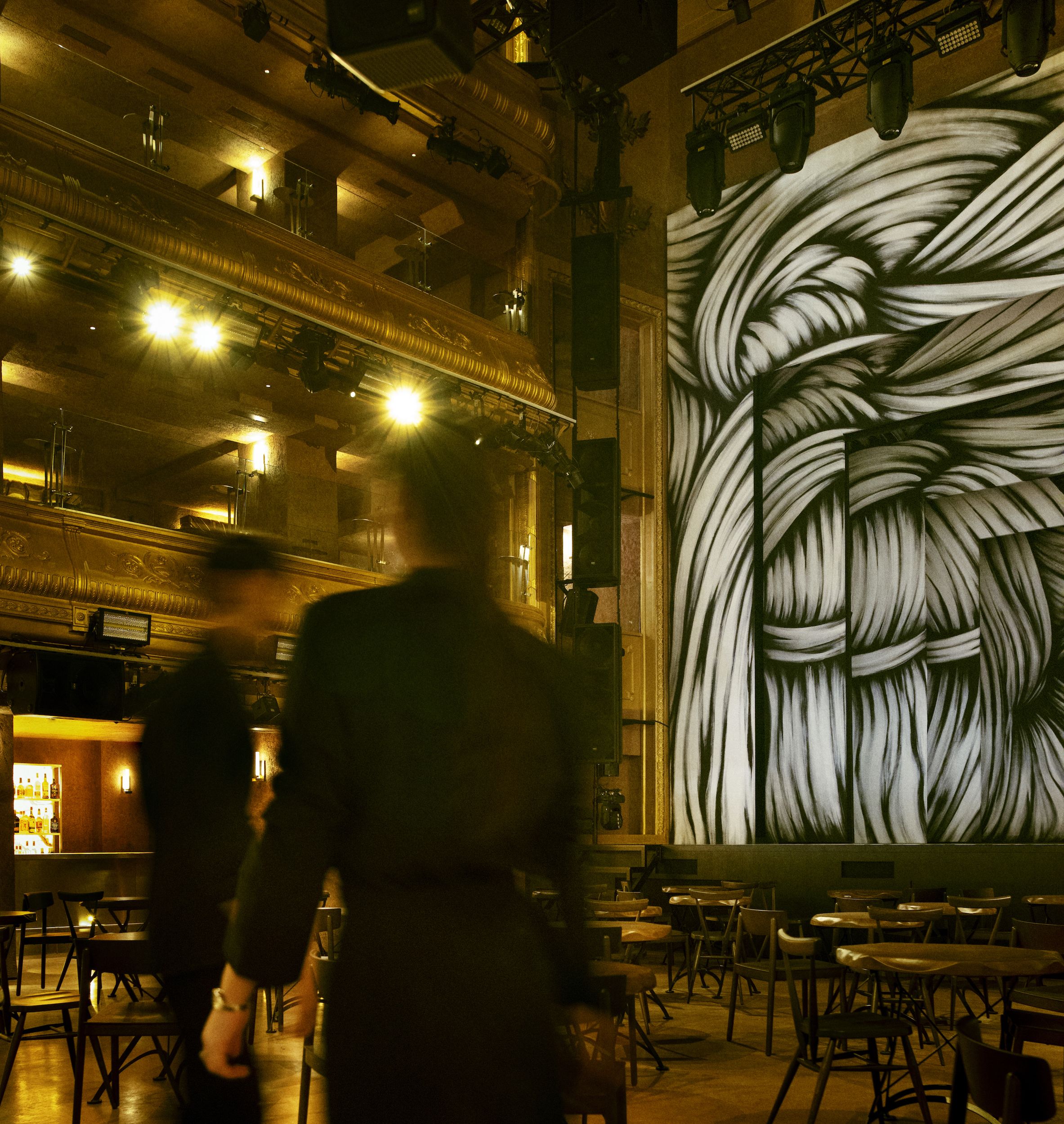 Preserving the original architectural structure and several key elements of the marriage such as the mouldings, the railings, the ceiling vault with its original pattern and the wooden medallions, Starck has carried out important modifications to the historic building, such as the construction of an acoustic shell inside the theatre to provide better sound insulation for the hall.

Previous finishes have been stripped away and replaced with primary and natural materials, such as Pastellone – a millionaire’s material created in Ancient Rome – on walls and ceilings, mortar for the floors and handmade terracotta for the bathrooms. On the outside, on the other hand, the façade has been reconstructed as it was before the 1980s, replacing the brown-painted mortar with granite.

The presence of the Goodnight lamps – designed by Starck and edited by the Italian company Kartell – which, inspired by traditional candles, seem to float in the grotto-like spaces guiding visitors through the Eslava Theatre like magical and benevolent landmarks.

“Flamenco comes from the earth, from the desert almost; it is a fire that keeps you warm and fascinated. Because the emotion of flamenco is so pure, so naked, I had to do as little as possible, to cover everything radically with red mud. The decoration is weak compared to the absolute beauty and art of flamenco. I created the minimum; a cave with candle lights to welcome the fire of flamenco”, Starck argues.

At the heart of the Teatro Eslava is the greatness of flamenco singing and dancing, which from now on comes to life with OléOlá; a new concept of flamenco musical created by the dancer and choreographer Cristina Hoyos – to date, the most awarded dancer of all time – and the three times National Theatre Award winner José Carlos Plaza.

Ten years after working together for the last time, two of our most celebrated figures in theatre and contemporary flamenco present a show in three acts and in “show-dinner” format – with a gastronomic proposal devised by Ansón+Bonet – that will reinterpret the present, past and future of this prestigious and captivating art form. “Hopefully we can transmit a small part of the love we all feel for flamenco”, confesses José Carlos Plaza.

On the other hand, the cultural proposal of the new Teatro Eslava will also include a live music offer focused on a wide variety of national and international genres, as well as several clubbing projects full of contrasts and aimed at a heterogeneous audience.

Crucial to the success of this latest business venture is the state-of-the-art technical infrastructure of the hall, with 100 square metres of LED screens, a 40,000W sound system, robotic spotlights and 50 motors, among other features. 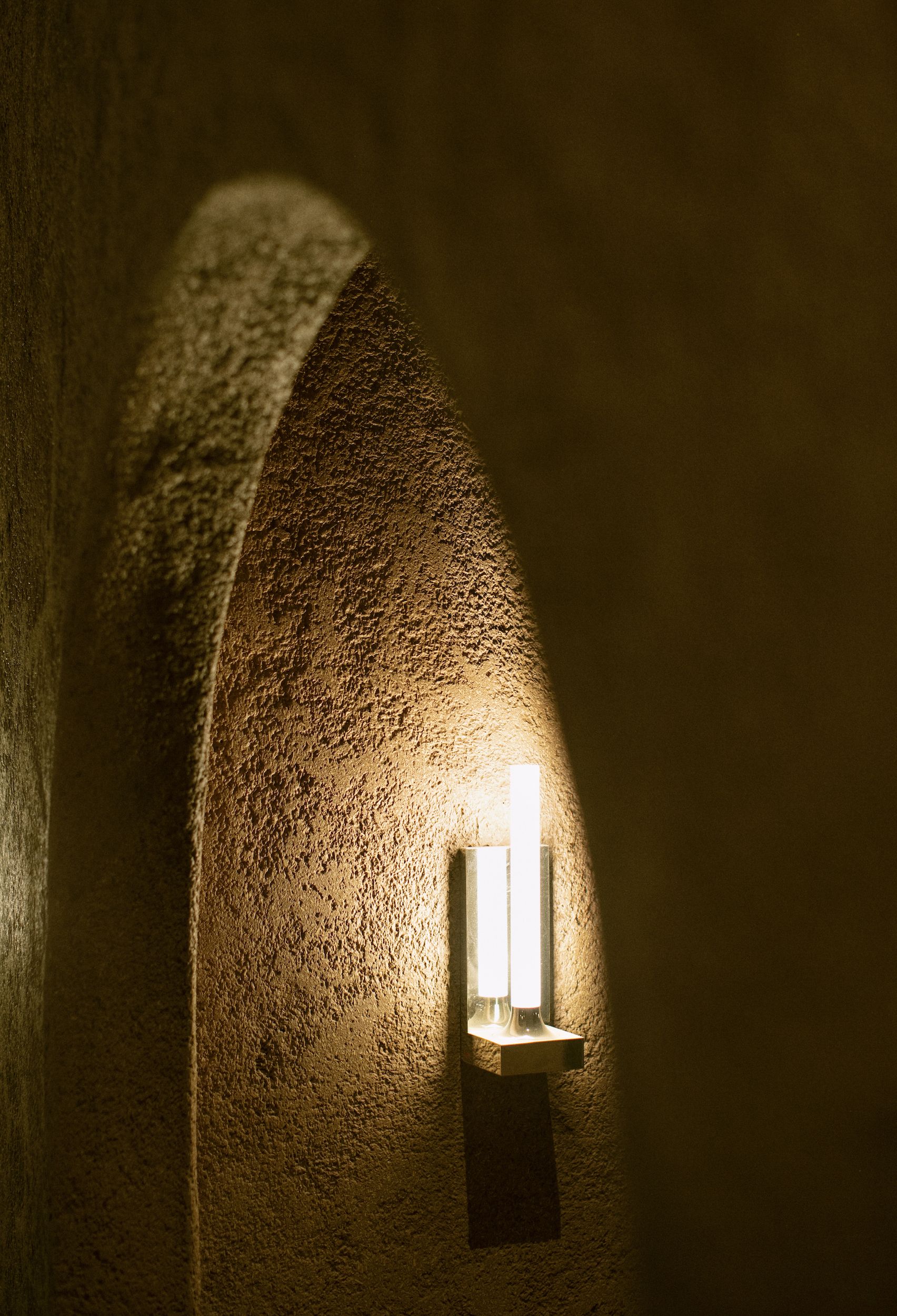 Teatro Eslava thus embarks on a promising and exciting future that will continue to honour a cultural institution that has been welcoming locals and visitors for generations.