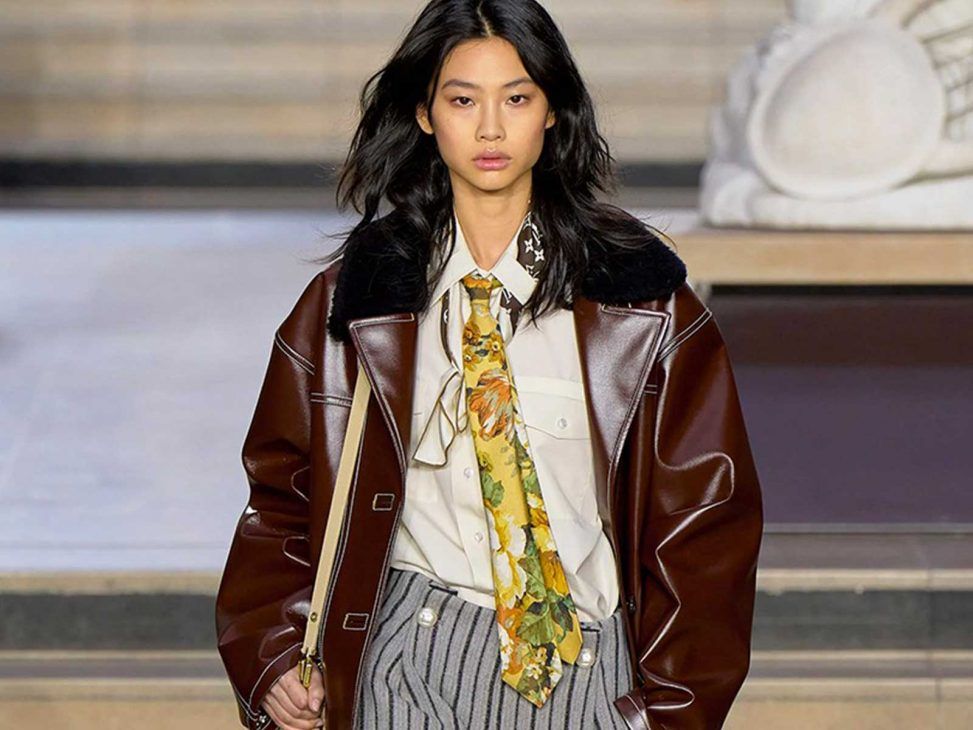 The androgynous tie as a new viral accessory

During these last fashion weeks framed in the spring-summer 2022 season, we have been able to detect a new viral accessory: the androgynous cut tie. Let’s talk about the evolution of the object of desire. 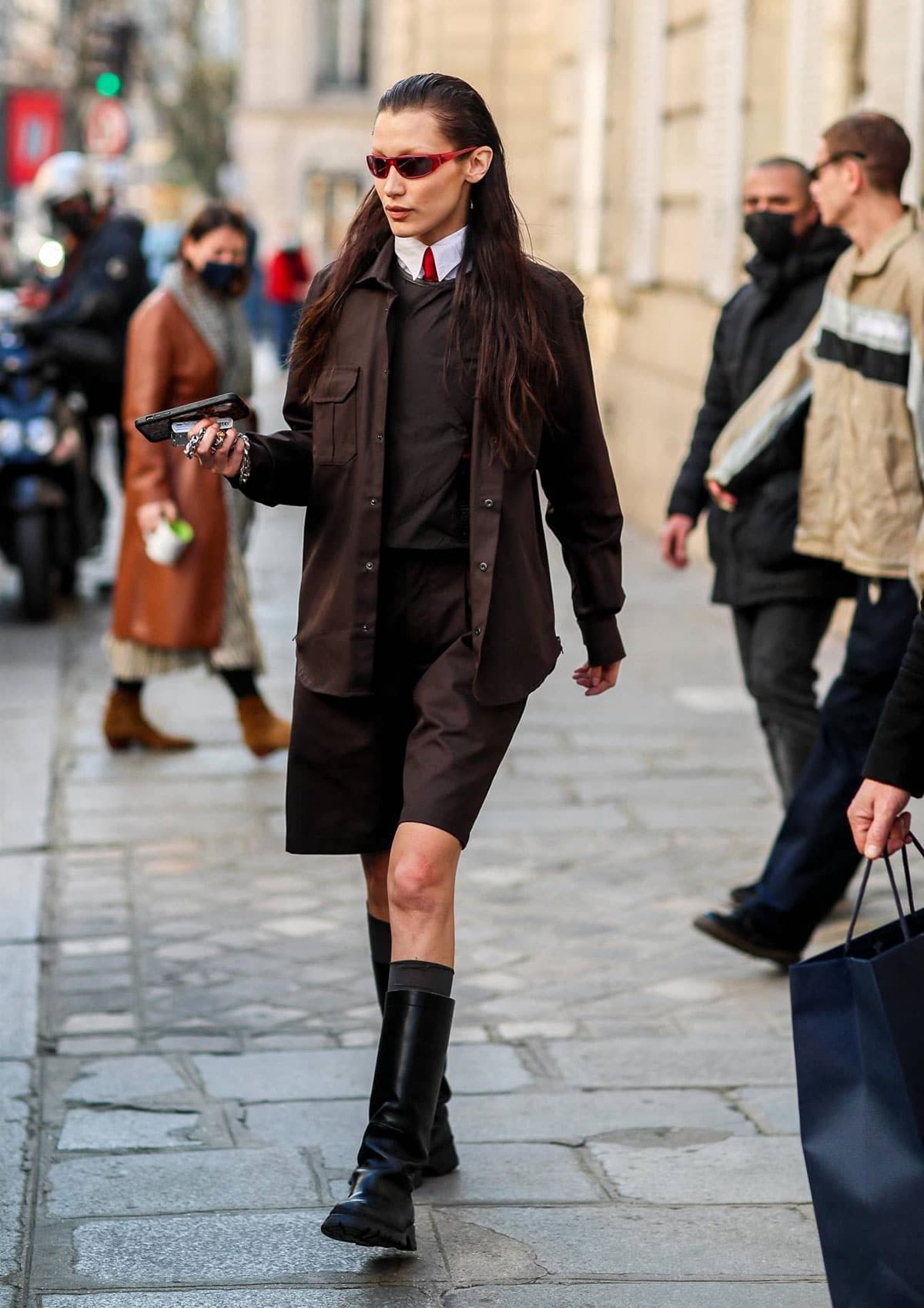 From Hoyeon Jung‘s kitschy floral tie on the Louis Vuitton runway, to the whole sequence of messy looks elevated by the new fashion statement. Off the runway, countless fashion icons like Bella Hadid echoed the trend, donning collegiate or business aesthetics. Similarly, actresses like Alana Haim and Renate Reinsven chose LV ties in their BAFTA and Oscar outfits earlier this year. Not to mention Zendaya, and her double-breasted suit with tie from FW22 DE Sportsmax for the Vanity Fair Oscars after-party. 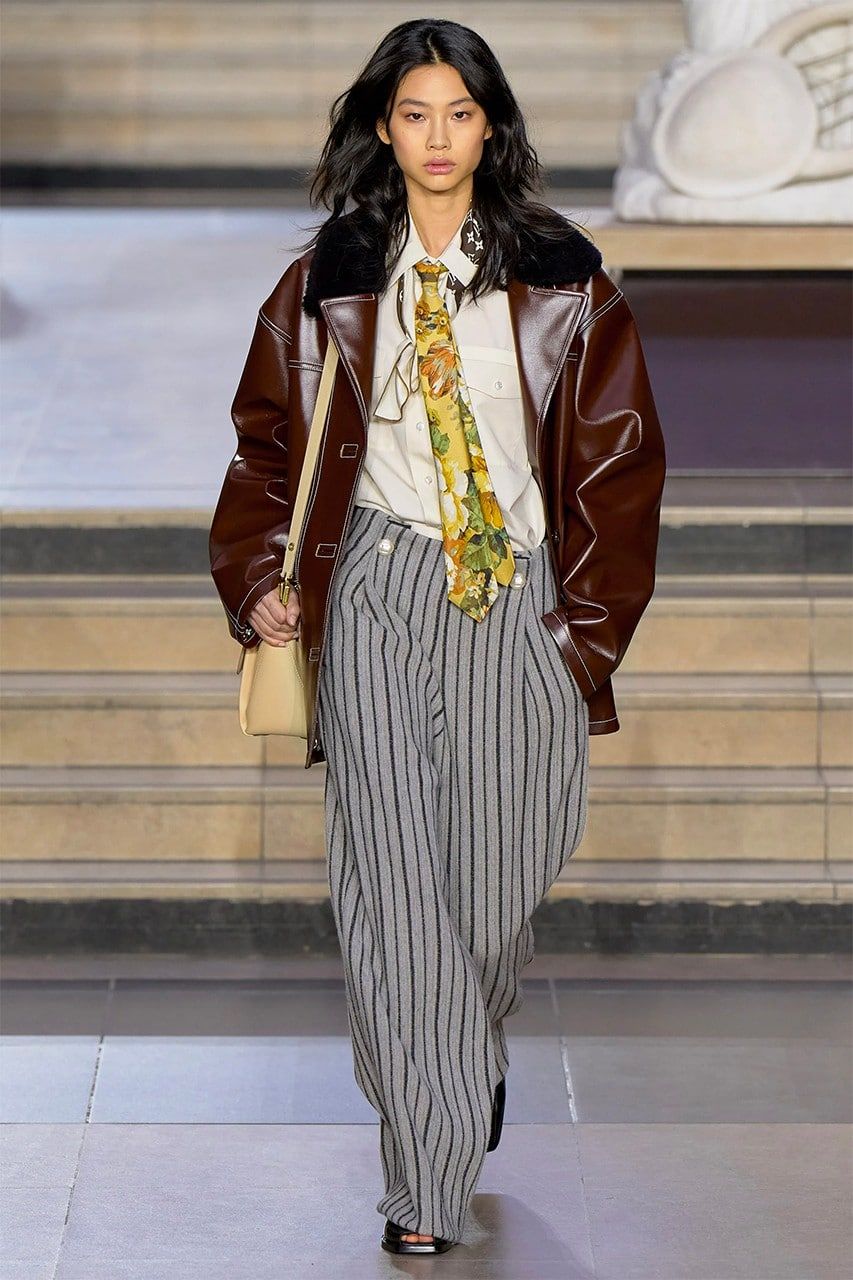 That sensual power or intrinsic charm of the accessory was something that Annie Hall knew how to transmit without a doubt, combining it with bowler hats or unbuttoned male vests. Styles that were followed by other referents of the film world as Julia Roberts at the Golden Globes with a flower tie under an oversize wool suit. It is also worth remembering here Patti Smith and her use of the tie as a mockery of the ruling class, within the countercultural movement that punk rock was fighting against in the 70s.

All these women were the ones who turned the tie into a key feminine element in the 21st century. A widening of the limits of androgynous clothing that was also driven by brands such as Saint Laurent by Hedi Slimane or Anthony Vaccarello with the creation of the iconic tuxedo “Le Smoking” in the 60s.

Recently, as part of Dior FW22, Maria Grazia Chiuri gave a contemporary and youthful twist to the Parisian suit and tie, taking inspiration from school uniforms. In her lookbook, she featured skinny black ties under straight-cut dresses, tucked into pleated skirts and Bermuda shorts. 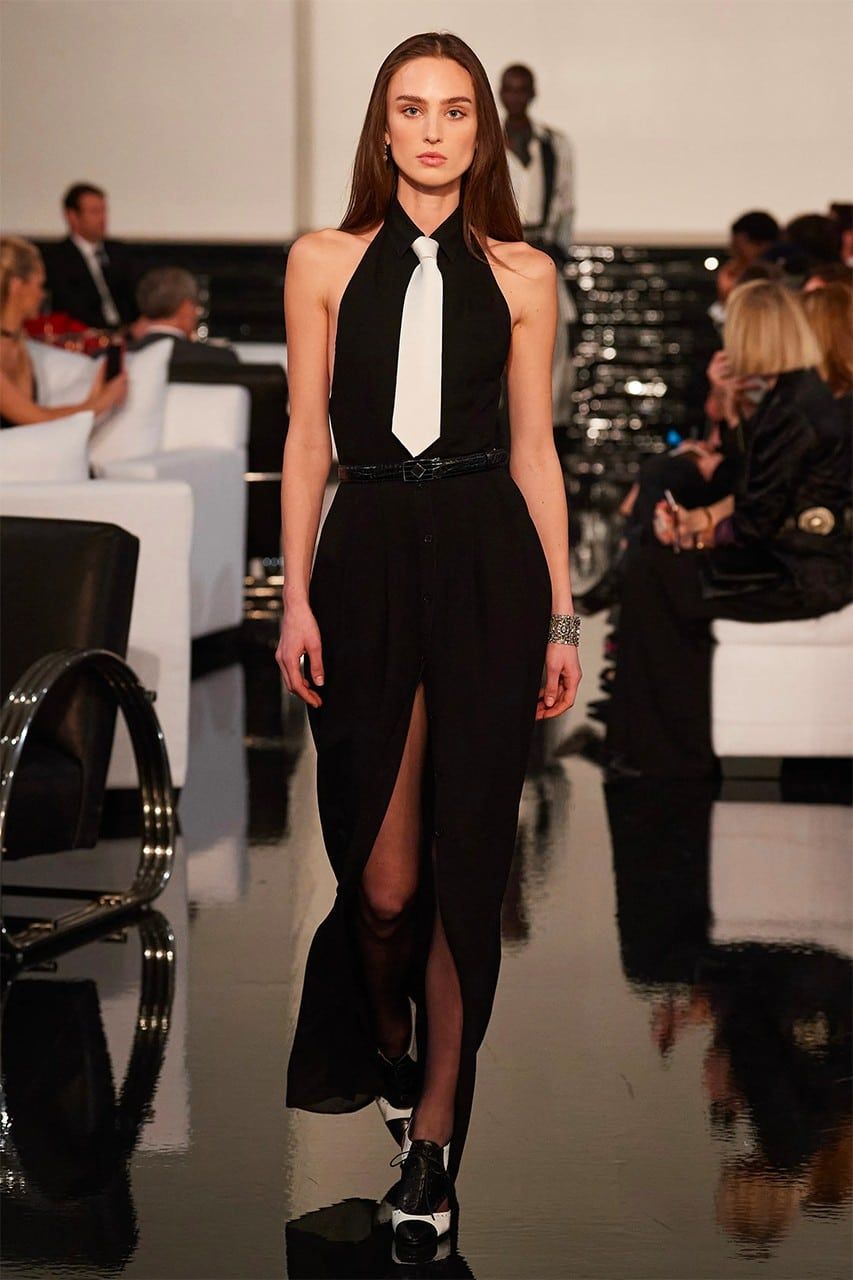 Ralph Lauren stood out in the same way for interpreting this new viral object in the framework of autumn-winter 22′. The creative director displayed in one of MoMA’s galleries a series of designs that reinforced his American glamour between equestrian garments or architectural dresses combined with contrasting ties with which he elevated the accessory to another level.

Grace Wardlaw’s Crystal Temple
How Wednesday has resurrected the goth-girl
Does it make sense to keep talking about It girls?
Fashion in the conspiracy era
Dior enlists the talents of Tremaine Emory for its Pre-Fall 2023 collection
The infinite world of Louis Vuitton and Yayoi Kusama
Ludovic de Saint S. is the new creative director of Ann Demeulemeester
How designers are exploring the art of the nudity
Should the fashion community leave Twitter?
OGBFF: the viral ironic fashion sensation
The explosion of furry aesthetics
Why luxury should be covered by lifetime warranties