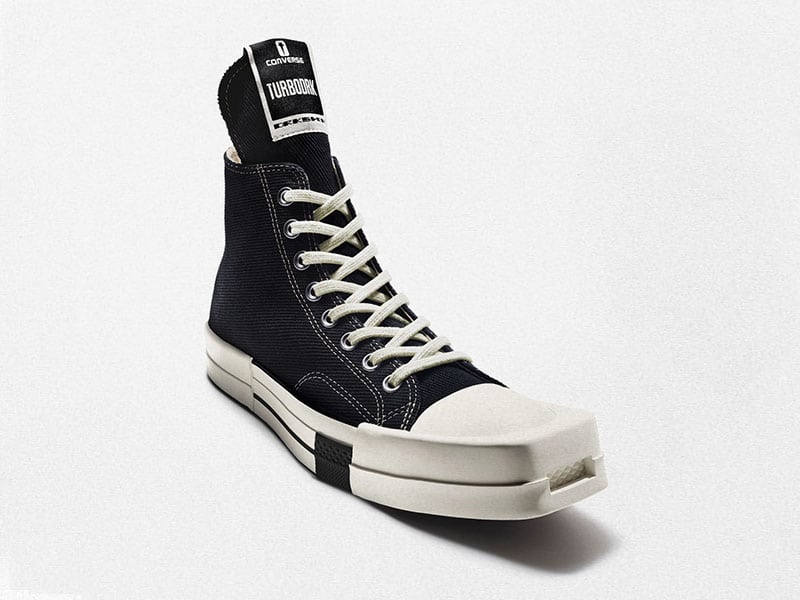 The next Converse x DRKSHDW sneaker was revealed earlier today. It has been during the Ricks Owens Fall 2021 runway show at the Lido, Venice, where the TURBODRK Chuck 70 made an unexpected appearance. It’s the first time the Chuck Taylor silhouette has been crafted in a square toe in over a century of existence.

“When I think of Converse, I think of Chuck Taylors in black and white and the punk rock generation. Those have always been iconic pillars of my aesthetic,” says Owens (@rickowensonline). “By wearing Chuck Taylors, you align yourself with a generation that was experimental. There’s a dynamic of confidence in the subculture.”

The TURBODARK Chuck 70 follows in the path of Owens and his cultural reminiscences. Owens’ Converse x DRKSHDW version reshapes the Chuck Taylor, extending the tongue and squaring off the toe. That’s right, the first time the famous Converse has been presented this way in its more than a century of life.

Although we are used to his platform boots, the union between Owens and Converse is postulated as one of the hype stars of 2021. Knowing the success of their DRKSHDW series bumber and double bumper, we have no doubt that this release will live up to the hype.

More about  Rick Owens’ and Converse collabs in  highxtar.com